Kimin Kim may be a huge star in Russia, but he hasn't forgotten his roots. The prodigious South Korean dancer, who became the Mariinsky Ballet's first foreign principal in 2015, trained at the Korea National University of the Arts, also known as K'Arts. He owes much of his success, he says over email, to the academy's teachers, who prepared him well for his high-profile career. So when dean SunHee Kim approached him about guest-starring in the American premiere of her original ballet Song of the Mermaid, which K'Arts Ballet brings to New York City next week, he didn't hesitate to sign on. "I had performed the role of the Prince while I was at school in Korea and it was such a memorable performance," Kim says. "I've always wanted to do it again, so I happily accepted her offer."

Based on Hans Christian Anderson's "The Little Mermaid" fairy tale, Song of the Mermaid runs October 20 and 21 at New York City Center and features an original score by Hana Ryou. "It's a sad story," says Kim. "The Prince realizes that the Mermaid, who saved him, was his true love too late. He ends up losing her." The performances offer a rare opportunity to see not only Kim, but K'Arts' extraordinary young dancers. Two of them will share the role of the Mermaid: SooBin Lee, who won a silver medal at the 2018 USA International Ballet Competition, and Seonmee Park, who won third place at this year's Youth America Grand Prix. 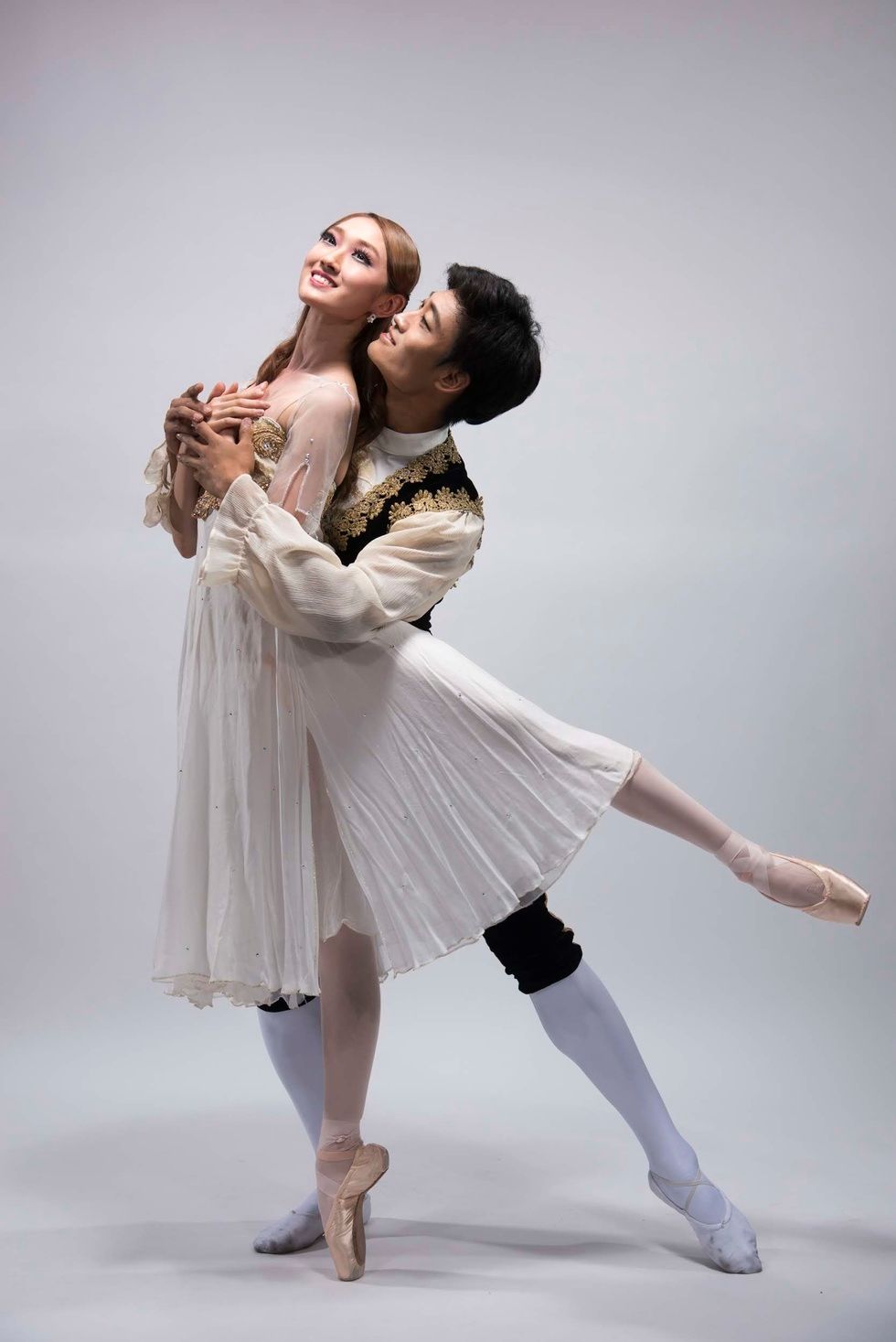 Kim with Soobin Lee, one of the two dancers playing the Mermaid in "Song of the Mermaid." Photo Courtesy K'Arts.

Since September, Kim has been shuttling between performances in Vienna, Japan, China and Korea, but he's devoted 10 days to rehearsing with K'Arts leading up to the performances. "I'm used to this type of schedule, but I feel bad for the rest of the cast members since they will not have enough time to rehearse with me," he says. "However, I am so relieved to be dancing with dancers of K'Arts. They are such great dancers and are so well-prepared for this performance."

After Song of the Mermaid, Kim will stay on in New York to perform with the Mariinsky as part of Balanchine: The City Center Years, a blockbuster event featuring New York City Ballet, The Royal Ballet, Paris Opéra Ballet, Miami City Ballet, Joffrey Ballet, San Francisco Ballet and American Ballet Theatre (where he was a guest artist last summer). Does he have plans to be back again soon? "New York audiences," he says, "are always so passionate and I can feel their love for the artists onstage, so I always welcome any opportunity to perform here."

Related Articles Around the Web
k'arts korea national university of the arts song of the mermaid new york city center soobin lee seonmee park kimin kim
If you like us online, you'll love us in print!
Instagram
Pointe Magazine