Standout Performances of 2019: BalletX's Stanley Glover in "The Little Prince"

Slither, slink, undulate, attack. To snakes, these actions are second nature. But seeing them translated onto a skilled dancer, namely BalletX's Stanley Glover, is thrilling. He certainly fit the bill with his deftly smooth movements in Annabelle Lopez Ochoa's The Little Prince, where he played, naturally, the Snake. Clad in a shiny silver bodysuit with a bowler hat and cane in hand, Glover gave an enticing performance in BalletX's new production this summer. 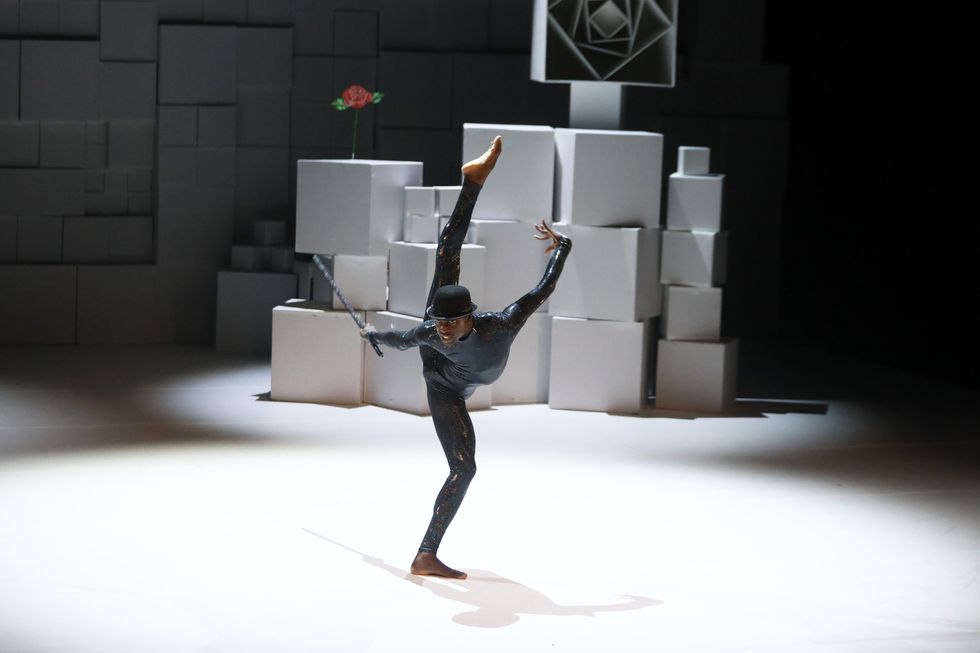 Glover in The Little Prince.

But he wasn't just sinuous: Ochoa made tasteful use of the flashier elements of Glover's technique, adding in a tilt here—hello, long legs—and whipped turns there. He delivered, executing each movement with incredible control of his facility.

If you catch shades of ballet, jazz and acrobatic training in his dancing, you're right. That's because Glover didn't follow just one path, but multiple avenues, to BalletX. Before his arrival in 2018, he'd already explored many facets of the dance world—graduating with a BFA from the University of the Arts, landing in the Top 20 on Season 11 of "So You Think You Can Dance," and performing a stint in Vegas with the daring Cirque du Soleil. Glover, who won a Princess Grace Award this year, continues to distinguish himself at BalletX, a small company of stars.

stanley glover balletx annabelle lopez ochoa the little prince
If you like us online, you'll love us in print!
Instagram
Pointe Magazine