Coming out of Retirement for "Nutcracker": Why Former Dancers Love Returning to the Holiday Classic

The holiday season is a time when dusty ornaments and wreaths get trotted out of their boxes for their annual moment to shine. For Jennifer Goodman, there's another item she looks forward to pulling out of the back of her closet: pointe shoes.

Goodman, 45, retired from full-time company life over 10 years ago. She kept performing here and there until 2015, when she transitioned to teaching yoga and ballet. Yet she still gets back onstage for Nutcracker.

"I've said 'one more time' for so many years now," says Goodman. "But my body is still capable, it's held up, so I just keep coming back."

The seemingly endless number of regional Nutcracker productions creates a "gig" market where dancers can find a bounty of performance opportunities. The high demand for performers is also a chance for those who have otherwise retired to get back onstage.

While the occasion to perform again is welcome for many, getting in tights-and-pointe-shoes-shape once a year is challenging. We spoke with three retired dancers to find out how they do it. 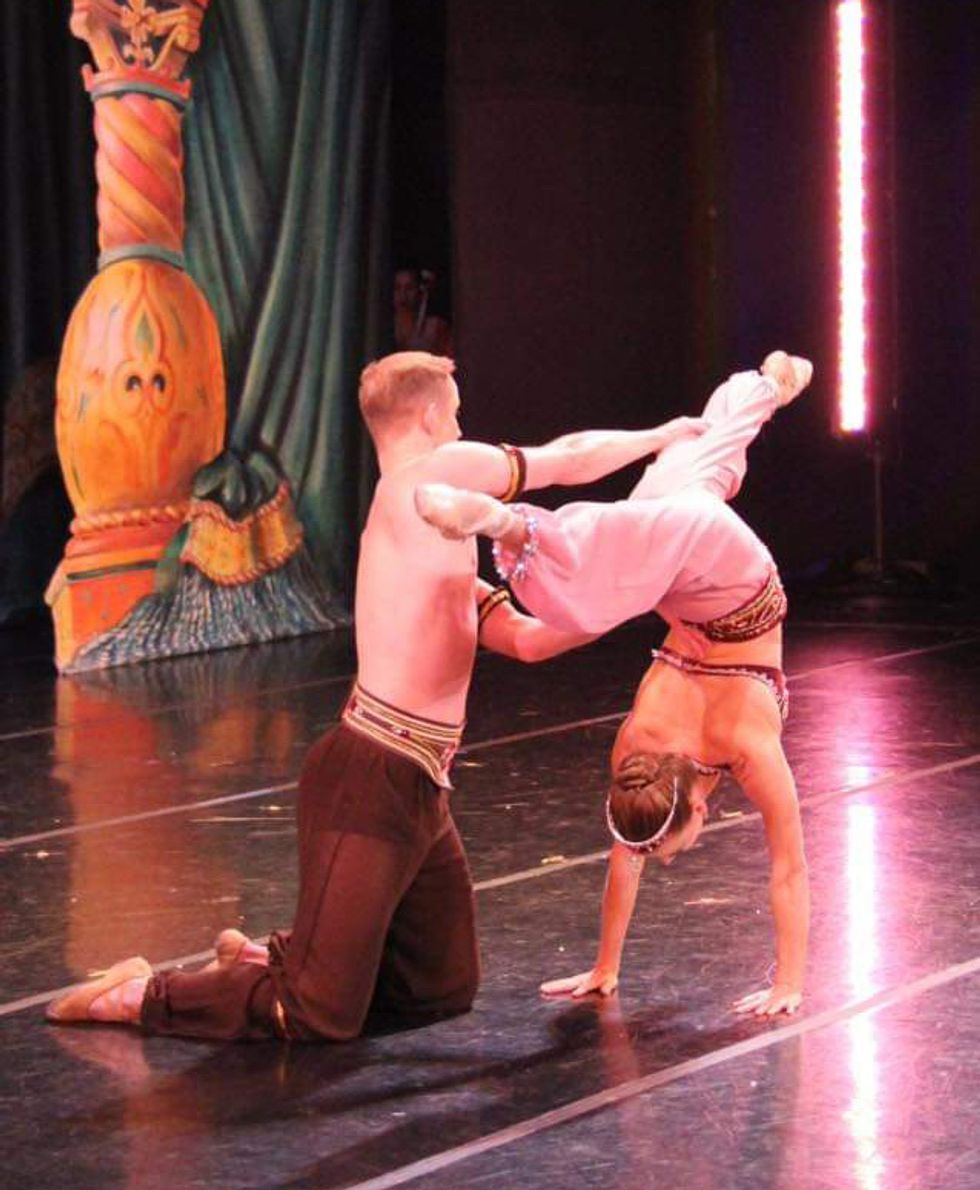 Goodman, who danced with Joffrey Ballet for 16 years, performed Sugar Plum either there or on gigs throughout her career, and as a guest artist after retiring. But three years ago, at 42, she pulled her calf and glute during a performance. She had to get through the show without being able to lift her leg past 45 degrees or do fouettés.

She thought it might be time to hang it up and sat the next Nutcracker season out. But the following year, she wondered if another role might work. Goodman asked a school she often performed with about dancing Arabian instead of Sugar Plum, and they went for it.

"The role has less pointework and a lot of back bending and splits, which I'm able to still do well because of my yoga practice," she says. The shows went well, and they invited her to reprise the part this year. 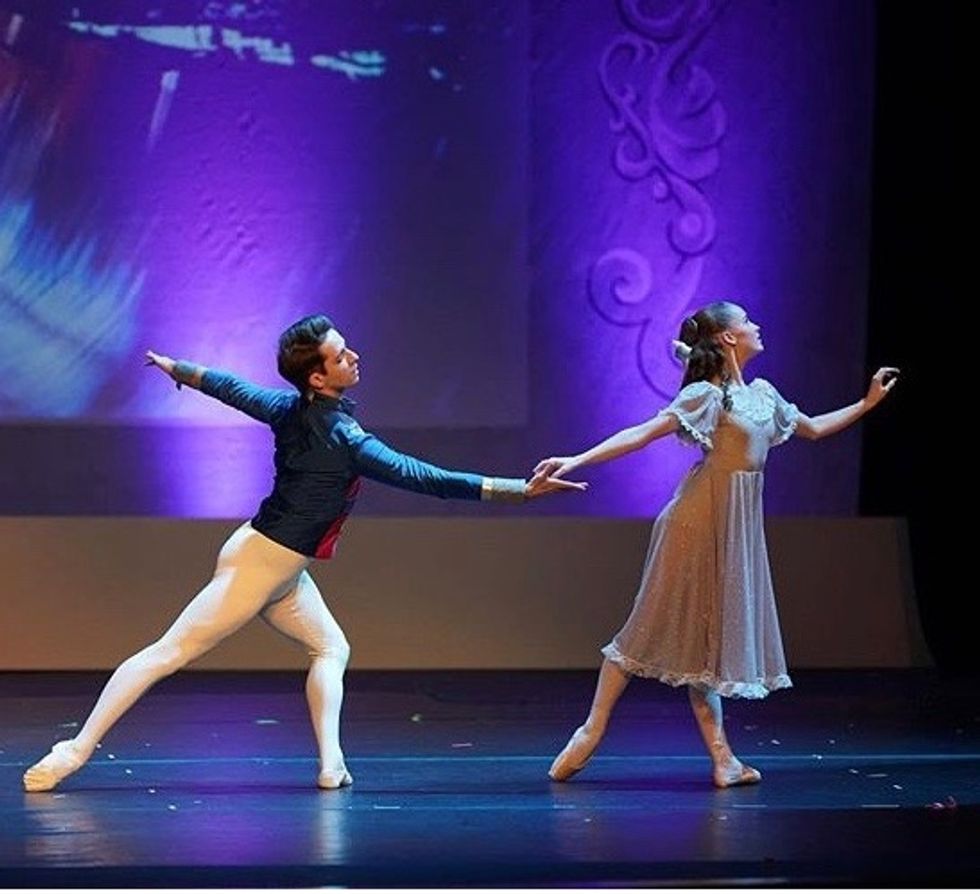 Michael Breeden, who retired in 2017, decided to take on some Nutcracker gigs this year.

Michael Breeden, 32, retired from the stage in 2017 after a 12-year career, mostly with Miami City Ballet. He now spends his time staging ballets, teaching, and co-hosting the podcast Conversations on Dance. But this past spring, Tom Gold asked him to perform with his company, Tom Gold Dance.

"I knew I wasn't in the shape I had once been in, and every dancer is afraid of being seen as 'in decline,'" says Breedan, who had only taken class here and there because of a lingering foot injury. "But I just got over that because I wanted to dance."

The shows went well in part because Gold was willing to adapt the choreography to his abilities. This encouraged Breeden to take on some Nutcracker gigs, even though this meant facing white tights and a classical variation. But he realized he was free of the sky-high standards of professional companies like Miami City Ballet.

"There are some steps that my foot won't allow me to do anymore," he says. "If I can't do a one-legged jump, I just make it two legs instead." 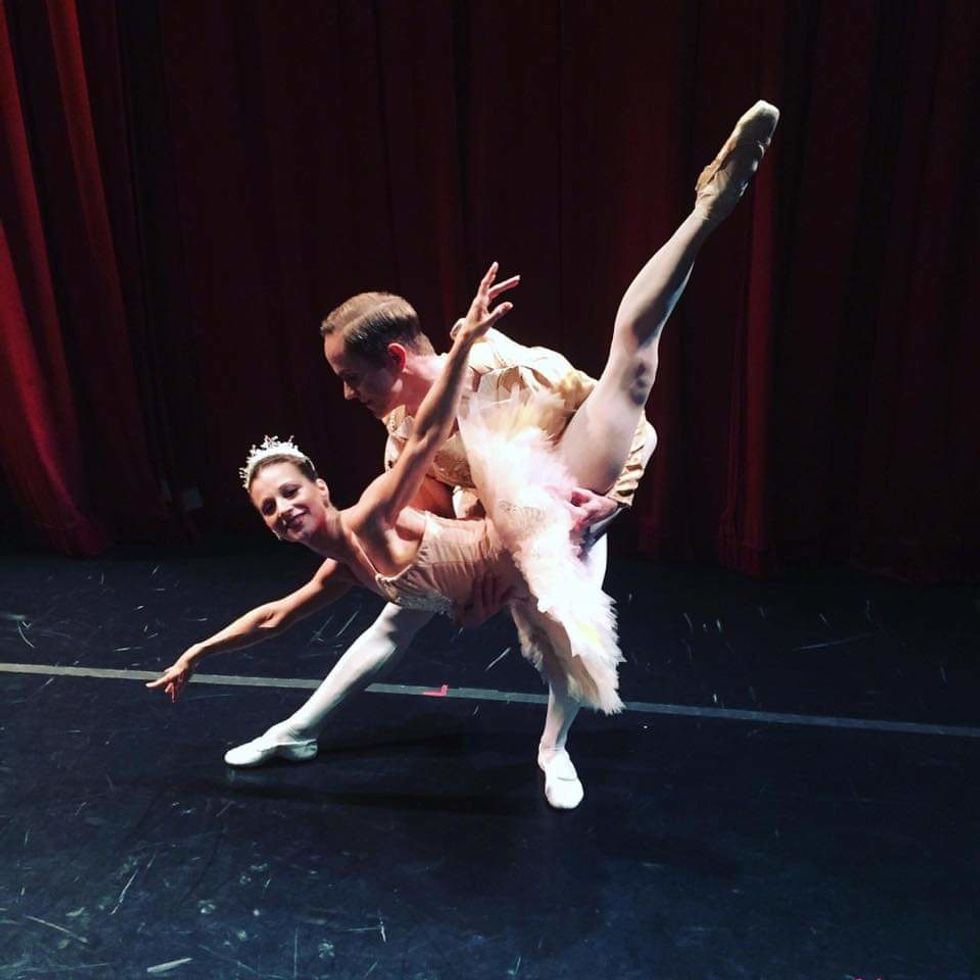 Goodman and Joiner as the Sugar Plum Fairy and Cavalier in 2015. After suffering an injury several years ago, Goodman now performs Arabian, which is easier on her body.

Goodman and Breeden both say that they try to take class more regularly during the year to make Nutcracker season less painful, but that other commitments usually wind up getting in the way. That can make for a difficult start to the season.

"You have the honeymoon period where it just feels so good to move again," says Breeden. "But then the pain comes."

Goodman says the key is giving yourself enough time to get back into it. A month before performances, she tries to take class more frequently, if not always daily, and also stays in the studio after class to do some pointework and rehearse her role in small doses.

Savannah Lowery, 35, a former soloist with New York City Ballet, retired in 2018 to pursue post baccalaureate studies and apply to medical school. When she was asked to take on a Sugar Plum gig this year, she felt ready because she continues to take class daily on pointe. However, that didn't shield her from the pain of dancing a grand pas de deux.

"When we first started rehearsing, every piece of skin on my toes fell off. It was raw and bloody. It was horrible. I couldn't tape my toes enough to where they wouldn't hurt," says Lowery. "And stamina, even just running the variation was such a task. It was like, 'What did I get myself into?'"

The difficulty was frustrating on an emotional level because she wasn't able to satisfy the perfectionism ingrained in her from so many years in a company.

"You have to go through a few ugly versions before you get there," she says. "It can be hard when you see you're not at the level you were once at."

Learning to Enjoy Performing in a New Way 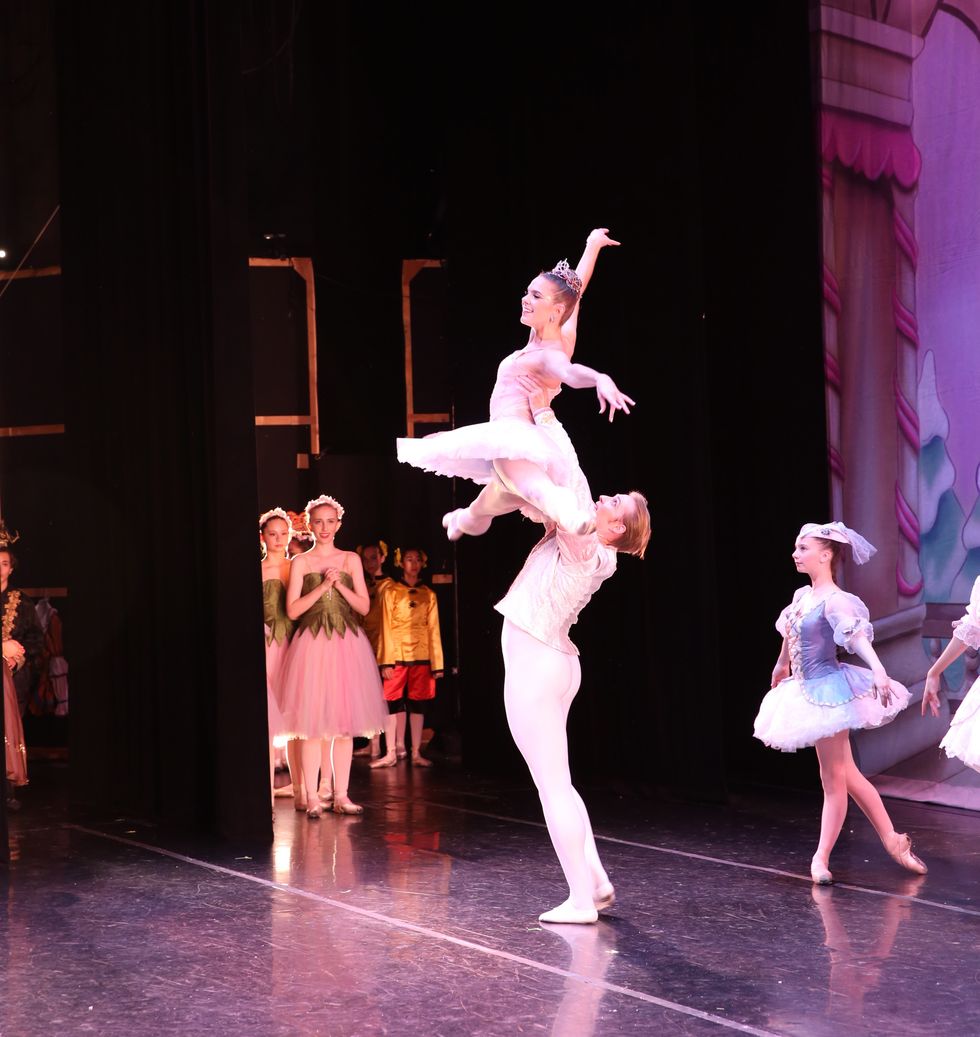 Lowery feels a newfound freedom dancing Nutcracker now that she is retired from NYCB.

Lowery persisted through the initial difficulty and says that ultimately, she felt free dancing in a way she never experienced at NYCB.

"Nutcracker has been a nice distraction," she says. "It used to stress me out so much. It was my job and I wanted to do it so well. Now it's kind of a stress reliever from what else is going on in my life."

Gigs also offer the freedom to choose how many shows a dancer wants to do, unlike in a company, when there could be over 30 shows in a season.

Like many dancers, Breeden knows that he's dancing on borrowed time but plans to keep enjoying it while he can.