The festivities don't stop there. On October 25, former NYCB principal Heather Watts joins NYCB's Tiler Peck and Jared Angle for a lec/dem to explore the repertoire, and on October 29, the School of American Ballet partners with City Center to dig into the making of a Balanchine dancer. Plus, archival exhibits will run at both the New York Public Library and at City Center through the spring. "Balanchine created some of his seminal work here," says Shuler. "It was a very rich time for him as an artist." 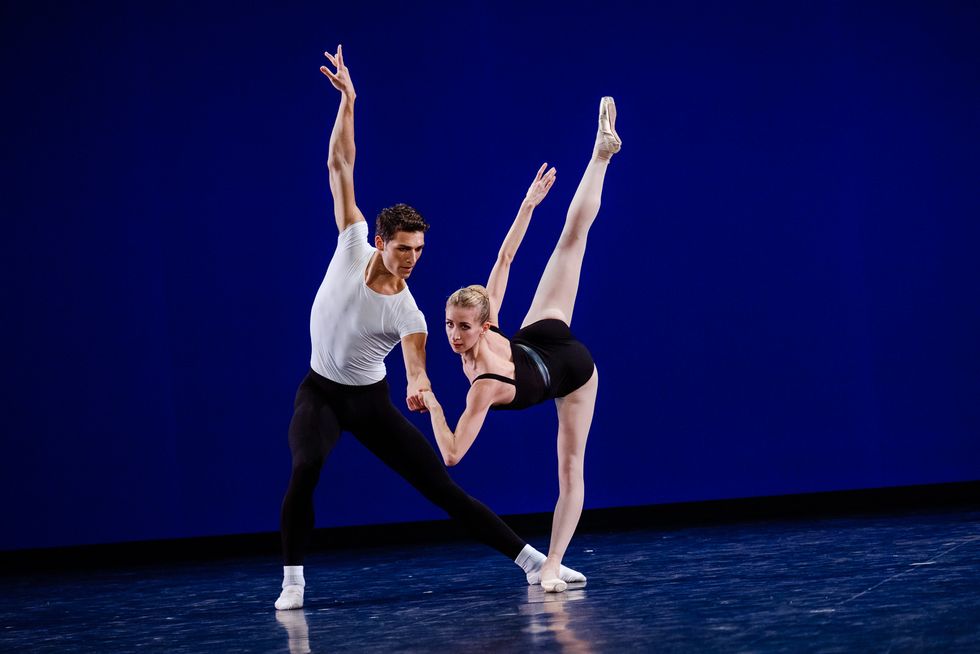 Among the ballets presented are Concerto Barocco and Symphony in C, both of which debuted as part of the company's inaugural season and will be danced by NYCB this fall. "We thought that symmetry would be wonderful," says Schuler. Other highlights include The Royal's Anna Rose O'Sullivan and Marcelino Sambé in Tschaikovsky Pas de Deux and Tarantella, Paris Opera Ballet's Sae-Eun Park and Hugo Marchand in the Pas de Deux from Agon, Mariinsky Ballet in Apollo, and MCB in Serenade, the first work that Balanchine made in America. "City Center is a very intimate theater," says Shuler. "It's an exciting chance to see these works really close up."