During the Ballet Nacional de Cuba's tour to Washington, DC's Kennedy Center earlier this year, the company brought longtime artistic director Alicia Alonso's Giselle. And while the production was admittedly well-worn and the style of dancing old-fashioned, the dancers rose to the occasion, led sensitively by longtime BNC star Viengsay Valdés in the title role. 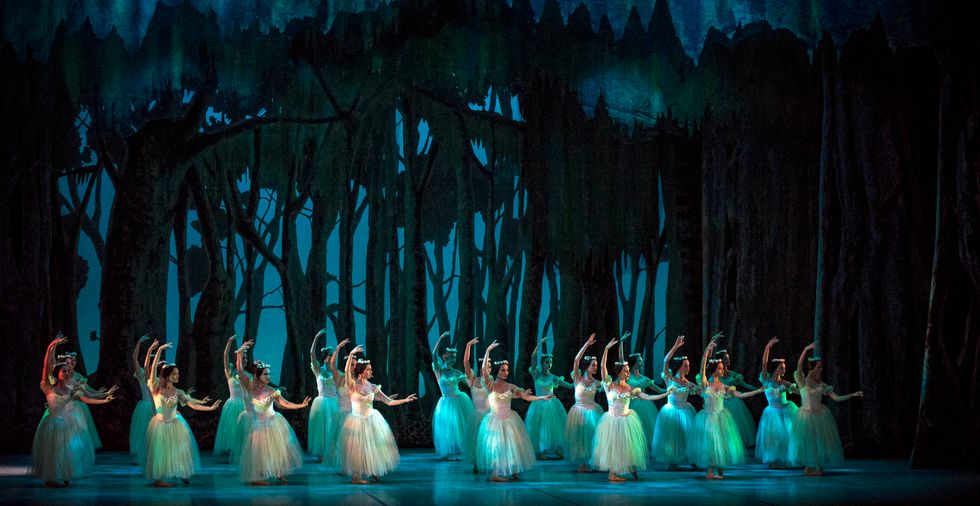 But it was BNC's corps of women in Act II that really impressed. Unlike the cold, lissome sprits in more modern productions, these wilis had a more terrifying presence, possessed by an almost zombie-like intensity. Yet what was most striking was their unparalleled precision, whether they were settling into a Sylphide-like tableau or merging into razor-sharp lines. With each collective breath or tilt of the chin, the stage shifted in both mood and shape, creating an eerily spectral landscape for Giselle and Albrecht to dance within. Finally, with Albrecht in a heap at their feet, the dancers rose to sous-sus for one long, suspended balance. Not a single foot wavered on pointe as the clock slowly struck four, giving us one last glimpse of the wilis' unified strength before they disappeared into the forest.

Related Articles From Your Site
Related Articles Around the Web
ballet nacional de cuba giselle corps de ballet alicia alonso viengsay valdes the standouts of 2018
If you like us online, you'll love us in print!
Instagram
Pointe Magazine