2019 Stars of the Corps: The Washington Ballet's Adelaide Clauss

Watching Adelaide Clauss dance intoxicates the senses, a visual equivalent of a flower's perfume. This past spring, while performing Swan Lake's Act II pas de deux at a benefit in her hometown of Buffalo, New York, her melding of grace and technique revealed her to be an artist of great promise. Her delicately positioned arms and hands floated as if to frame the beauty of ballet itself. Clauss was in her element: "I really love the demands of classical adagio," she says. 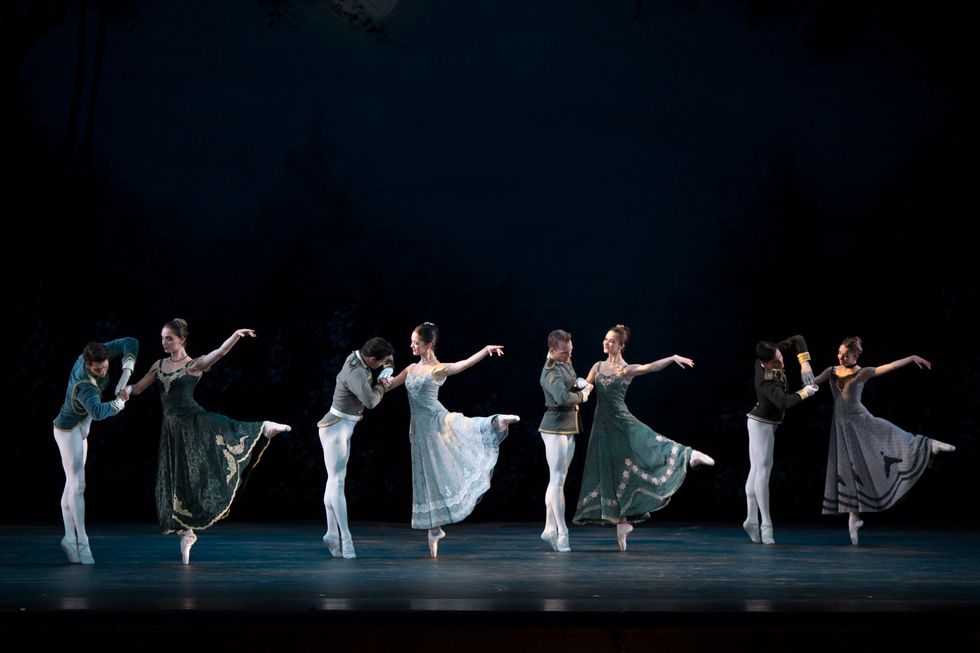 Trained at Buffalo's Neglia Conservatory of Ballet, Clauss later studied at the American Ballet Theatre's Jacqueline Kennedy Onassis School and performed the role of child Clara in Alexei Ratmansky's The Nutcracker. After a year with ABT Studio Company, she joined the unranked Washington Ballet in 2016. The 21-year-old, who performs mostly ensemble roles, has nonetheless been featured as the Dark Angel in Balanchine's Serenade, the Snow Queen and Dewdrop in The Nutcracker, and the Lilac Fairy in The Sleeping Beauty. In 2018, artistic director Julie Kent chose her for a two-month dancer exchange with the Royal Danish Ballet. "She works with a lot of thought and consideration," says Kent. "Nothing is ever wasted information with Adelaide."