YAGP Is Turning 20. But First It Had to Change the Ballet World's Opinion of Dance Competitions.

It's hard to imagine the ballet landscape today without Youth America Grand Prix. The annual competition attracts thousands of young dancers from all over the world, many hoping to win a scholarship to a major ballet school. This year, which marks the organization's 20th anniversary, roughly 12,000 students participated in YAGP's semi-finals in 32 cities here and abroad, and over 1,000 are in New York City this week for the final round. The stage at last night's Stars of Today Meet the Stars of Tomorrow gala was packed during the student defilé (kudos to them for not knocking each other over!), while top alumni—including Kimin Kim, Isabella Boylston, and Hee Seo—made triumphant returns.

In recent years, other scholarship competitions have popped up around the country. But before YAGP was founded 20 years ago, it was a much different story. For bunheads, "competition" was almost a dirty word, one associated with back flips, hulking trophies and flashy jazz studios. And that's exactly where YAGP co-founder Larissa Saveliev found herself in the late '90s. She and her husband, YAGP co-founder Gennadi Saveliev, had defected from Russia a few years earlier, and the former Bolshoi Ballet dancer and new mom was teaching ballet at a studio in New Jersey. On weekends, she would travel with the school to jazz competitions, an experience she found deflating. 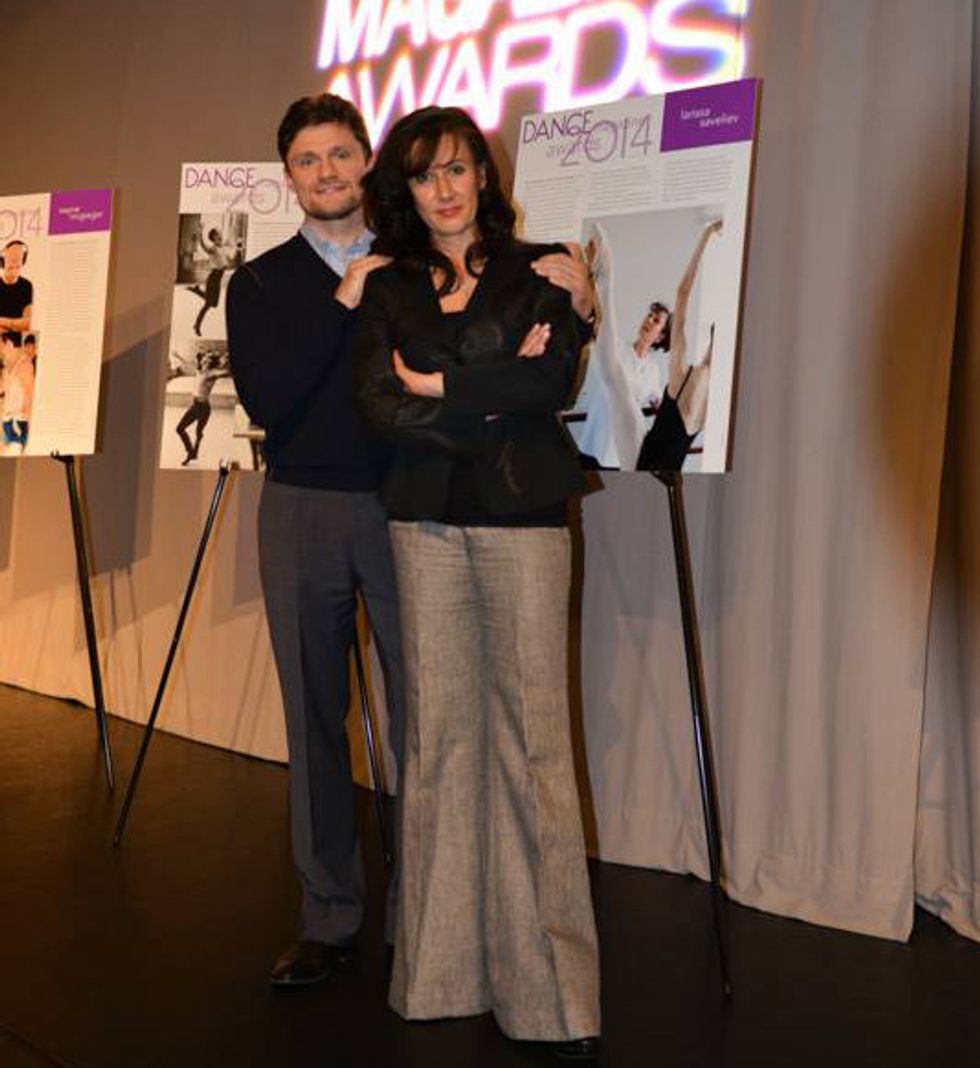 "The kids were dancing on carpet," says Saveliev. "The breaking point was when a scorecard came back saying the choreography needed improvement. I was like, are you kidding me? It's Petipa!"

She vented her frustrations to the studio owner, who explained that ballet dancers didn't come to competitions. "But I need to be around ballet people!" says Saveliev. The studio owner's advice? Stop whining and start your own competition. "So I said okay. I'll try it."

She knew the idea had value—ABT had offered Gennadi a contract (he eventually rose to soloist there) after spotting him at the now defunct New York International Ballet Competition a few years earlier. But where to begin? "There were no guidelines," Saveliev says. Most IBCs at the time were mainly for professional dancers and held several years apart. Switzerland's annual Prix de Lausanne catered to students but was very selective, meaning only a handful of Americans could realistically participate. "Here we were, not even 30 years old, barely speaking English—we really didn't know what we were doing," says Saveliev.

But they did have a vision. For one thing, they wanted their competition to be open to everyone and focus on scholarships rather than medals. "A medal you can hang in your room, but so what?" says Saveliev. "We wanted to offer something more substantial, where you don't have to be the 'winner' to get a prize." The couple also wanted to make it easier on families by holding semi-finals in a variety of cities. "I knew if we didn't make it convenient by coming to them that it would never work."

Convincing ballet schools, as well as scholarship presenters from major academies, was another story. "There was a stigma attached to competitions, and we had to change everyone's opinion," says Saveliev. She would often cold call studios with invitations."I tried to explain that we could be a place where you could audition for five summer programs at once." They were finally able to get American Ballet Theatre to agree to be a scholarship presenter, along with a handful of conservatories and regional schools.

A couple hundred students signed up for YAGP's 1999-2000 inaugural year, which included semi-finals in only five U.S. cities. "It was a total disaster," says Saveliev. "We were the pioneers, so we had to make all of the mistakes ourselves. I remember one girl had one number onstage and a different number for class, and it created this big mix up." After it was over the discouraged couple felt ready to throw in the towel. "But the phones kept ringing all summer long with people asking when we were doing the next one."

What appealed to teachers, she continues, was that their dancers were more motivated throughout the year. They had a goal to work towards, they could be seen by multiple directors and the scholarships could actually take them somewhere. Then there was the networking factor, for both dancers and their teachers. "Remember, back then there was no social media, not really internet, so it was like the first big bunheads club—they could be around other dancers and we were all speaking the same language." Saveliev also personally invested in the students—learning everyone's name, personal story and financial needs—and worked tirelessly behind the scenes matching dancers with schools.

The following year The Royal Ballet School signed on, and the year after that Stuttgart Ballet's John Cranko School. "That was the turning point," says Saveliev. Having three major international schools on board gave YAGP major credibility, and sparked the organization's rapid growth.

Twenty years, 100,000 dancers and $4 million in scholarships later, Saveliev is now concerned that YAGP has gotten too big. "I'm missing that personal connection with the kids," she says, and is considering scaling back a bit. Yet she's also thinking of ways the organization can help dancers who are on the college track, offer more scholarships at the regional level and increase cash prizes. "The minute you say, oh, I'm the best, and everything is great, you're done," she says. "There's always room to improve."