13 of Today's Top Stars Share Their YAGP Photos and Videos

Boston Ballet principal Derek Dunn at age 12 in a variation from Flames of Paris at the 2008 YAGP finals. Courtesy YAGP.

The Youth America Grand Prix New York Finals are starting up again this week, running April 12-19. This year, YAGP is celebrating its 20th anniversary. April 18-19 marks the competition's annual Stars of Today Meet the Stars of Tomorrow gala, featuring 13 pros who are also YAGP alumni. We've rounded up photos and videos from those stars' YAGP years and shared them with you here.

First up is New York City Ballet principal Taylor Stanley at age 16. Stanley placed in the top 12 for senior men at the 2008 YAGP New York Finals. From beginning to end, this variation from Coppélia showcases Stanley's flexibility and ballon, but we especially love his at leap at 0:21 (and the audience's collective gasp).

American Ballet Theatre soloist Skylar Brandt has had a long history with YAGP; she took home silver medals in both 2004 and 2008. Here she is in a variation from Swan Lake in 2008 at age 14. Despite her young age, Brandt looks completely in control onstage; her sense of musicality and charisma are on full display. 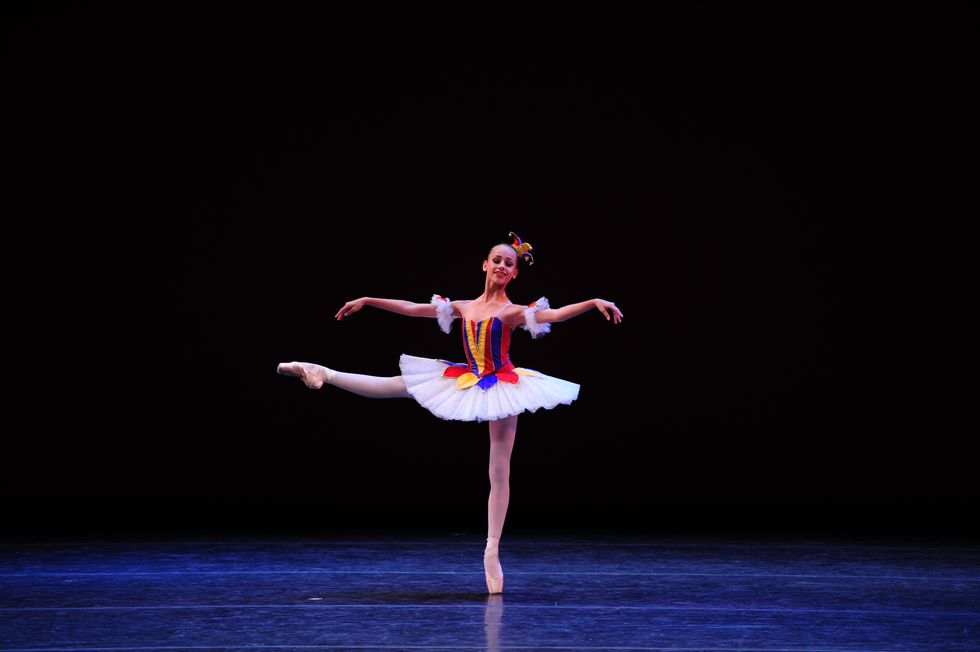 Here's a shot of Houston Ballet soloist Tyler Donatelli at age 13 in a variation from Harlequinade at the YAGP 2010 New York Finals. Donatelli came in first place in the Los Angeles regionals that year, though she didn't place in the Finals. But the following year she came in third in the New York finals, and the year after that she won a silver medal.

American Ballet Theatre principal Cory Stearns is serious and stoic at age 14 in this variation from Swan Lake at the 2001 YAGP finals. His performance earned him a scholarship to The Royal Ballet School in London, where he stayed for two years before returning to New York to join the ABT Studio Company. Check out the old school YAGP poster in the background! 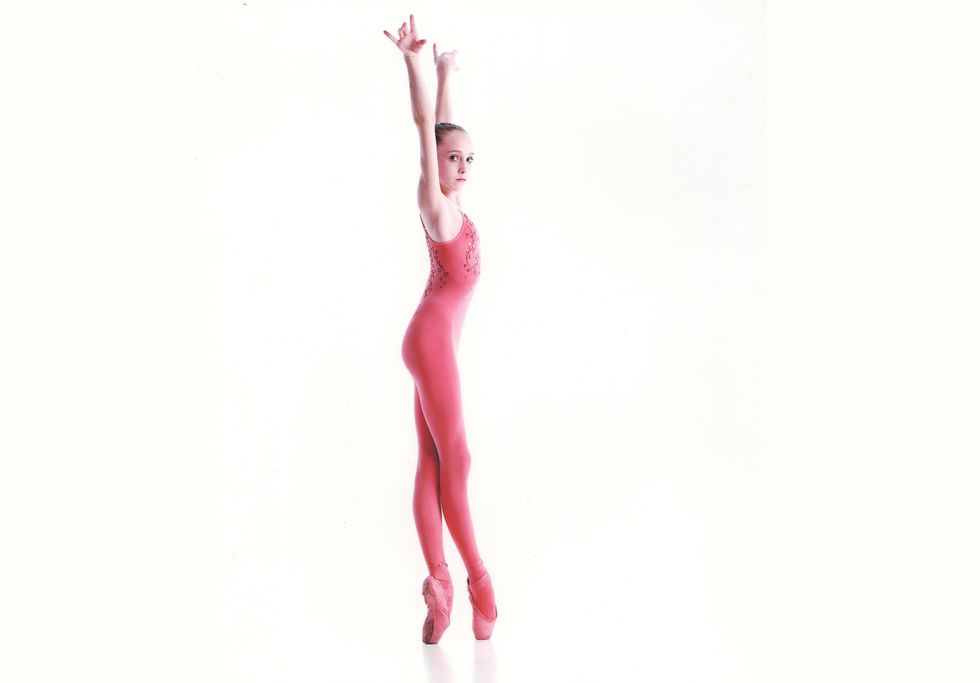 YAGP is in Finnish National Ballet first soloist Rebecca King's blood; her mother, Shelly King, spent 12 years as the competition's director of operations. Though she grew up competing, In 2007, at age 19, King returned to the U.S. from Ukraine, where she'd be dancing with Donetsk National Ballet, to compete in YAGP once more. She caught the eye of a European headhunter who sent her video to Prague State Opera Ballet, setting her on her current path.

ABT principal Hee Seo took home the silver medal in 2002 at age 15—see her in a variation from The Sleeping Beauty above. The next year, Seo competed again and won the Grand Prix. Today, Seo is committed to giving back. Four years ago, she created the Hee Seo Foundation to work with YAGP and help young dancers in her home country, Korea. In addition to giving grants and helping place students at company-affiliated schools, Seo teaches free master classes for students all over Korea.

Former comp star and current Boston Ballet principal Derek Dunn won the Youth Grand Prix Award in 2008 and gold medals in 2010 and 2012. At the 2012 competition Houston Ballet artistic director Stanton Welch discovered him and offered him an apprenticeship. In his 2016 Pointe cover story, Dunn said that winning YAGP at age 12 opened his eyes. "I discovered how much I loved ballet," he said. "I realized that I am good at this." 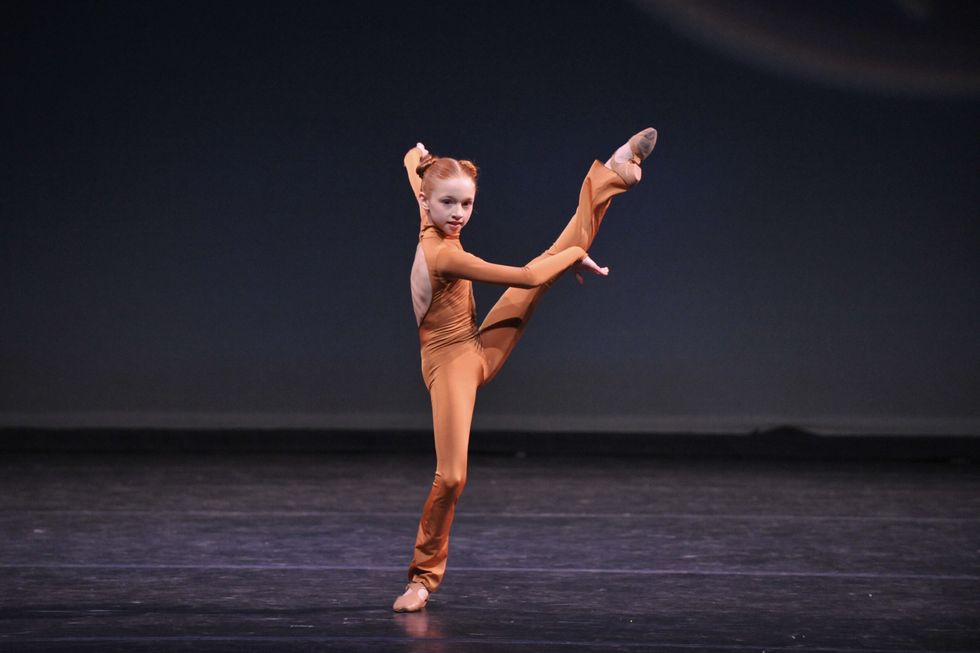 A pint-sized 11-year-old Catherine Hurlin won the Hope Award at the 2008 YAGP New York Finals. Today, she's a recently promoted soloist at ABT with a long list of roles already in her repertoire. Between the space buns and the CATS-esque unitard, we truly can't get enough of this photo.

At age 19, Mariinsky Ballet principal Kimin Kim is fully in command of his technique in this variation from Diana and Actaeon. Kim joined the Mariinsky in 2012, and three years later, at age 22, was the first foreigner to become a principal there. Kim dances with boundless energy here; check out his pass across the stage at 0:46.

Recently promoted ABT soloist Katherine Williams took home the Youth Grand Prix in 2003 at age 14. See the young ballerina's precision and focus in the above variation from The Sleeping Beauty. In 2005 Williams placed among the top 12 senior women; she joined ABT's Jacqueline Kennedy Onassis School the following fall.

Here's a 15-year-old Indiana Woodward, now an NYCB soloist, in a variation from The Nutcracker at the 2009 YAGP finals. A year later she started studying at the School of American Ballet and learning the Balanchine style. Today, the roles of both Sugarplum Fairy and Dewdrop in George Balanchine's The Nutcracker are part of Woodward's repertoire.

Here we have a 14-year-old Christine Shevchenko competing in YAGP in a variation from Paquita. After training in both rhythmic gymnastics and ballet in her native Ukraine, Shevchenko moved to the U.S. at age eight and studied at The Rock School before joining ABT's Studio Company in 2006. In addition to competing in YAGP, in 2003 Shevchenko became the youngest recipient of the Princess Grace Award, and took home top medals at the Jackson International Ballet Competition and the Moscow International Ballet Competition.

Here's ABT soloist Calvin Royal III in 2006 at age 16 dancing a variation from Swan Lake at the YAGP finals. In September of the same year, Royal began studying at ABT's Jacqueline Kennedy Onassis School, where he trained under the Ethan Stiefel Scholarship until joining the ABT Studio Company in 2007.