Women to Watch: Three Rising Choreographers You Should Know

If you've been keeping up on developments in the ballet world, you've probably had cause to ask: Where are the female choreographers?

“I get asked to do interviews a lot because of that question," says Emery LeCrone, a freelance choreographer and dancer based in New York City, “instead of just to talk about my work."

The skewed ratio of male to female ballet choreographers has long been established, inspiring countless distraught—and necessary—conversations and articles (including in this magazine). The reasons for this imbalance—why more men than women are making work at top companies like New York City Ballet and American Ballet Theatre—run deep, rooted in an ethos of conformity that follows female dancers from their first ballet class to the white acts of Swan Lake. Men, being a rarer breed in ballet, tend to get more specialized treatment from a young age. And at the professional level, women often rehearse longer hours (think of all the story ballets with multiple scenes for the female corps), giving them less time, energy and mental space to make their own work.

Yet in addition to women like Crystal Pite, Jessica Lang and Aszure Barton—who have choreographed for the likes of Pacific Northwest Ballet, the Joffrey and ABT—a young crop of female ballet choreographers is steadily gaining recognition. Pointe talked with three up-and-coming artists—Gabrielle Lamb, Gemma Bond and LeCrone—about their artistic paths, current projects and how they balance their dual lives as choreographers and dancers. 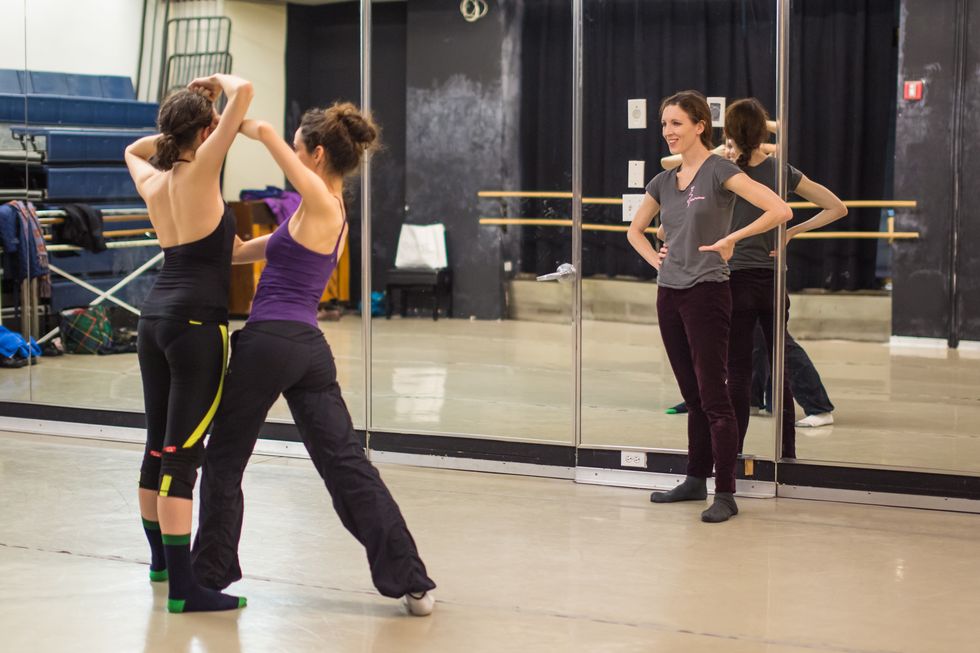 Gabrielle Lamb recalls a time, before she began to choreograph, when "improvisation" was a foreign concept. "I remember asking one of my colleagues, who was doing improv onstage, 'What if you don't know what to do next?' " she says.

At 39, having created pieces for Ballet Memphis, Milwaukee Ballet and Hubbard Street 2, among other companies, she's put that question behind her. Since choreographing her first solo in 2003, while dancing with Les Grands Ballets Canadiens de Montréal, Lamb has discovered the delights of making in the moment. It was improvising that initially drew her to choreography. "I realized that maybe my body had ideas that my head didn't understand," says Lamb, who received a 2014 Princess Grace Award for Choreography. "There's this spinal intelligence where certain things come from."

Now she often begins a process by filming her own improvisations. "I'm interested in how energy flows through the body," she says, "and how the body language we use everyday could be magnified or distorted into dance." As a freelance artist, she devotes most of her time to choreographing on others, though she continues to stay active as a dancer. Through a New York City Center fellowship last year, she commissioned a solo for herself, by Adam Barruch, while also creating new work for a group of dancers she auditioned and hired.

Her advice to young choreographers? "Don't feel like you have to have everything figured out before you start. I think that's what held me back for so long. I didn't understand that you have to start something without knowing where it will end." 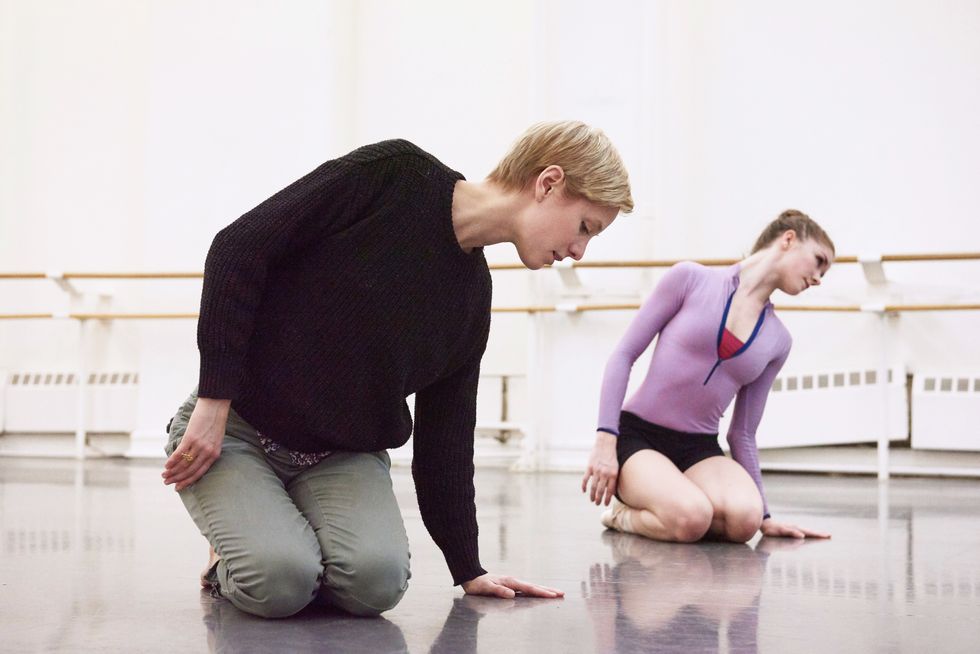 Growing up as a student at The Royal Ballet School, Gemma Bond was, in her own words, "not very assertive"—except when it came to choreographing. Cast in her peers' work for the school's choreography competitions, she often found her 11-year-old self saying, "No, no, no—this way would be better."

"I thought, I'm becoming one of those really annoying people," she laughs, "so maybe I should just choreograph my own piece."

That creative spark has flourished during her time at ABT, where she joined the corps in 2008. She has participated several times in The Innovation Initiative, a series for emerging choreographers organized by David Hallberg and Kevin McKenzie, in addition to making pieces for New York Theatre Ballet, Youth America Grand Prix and Intermezzo Dance Company, a fledgling troupe founded by ABT soloist Craig Salstein. Her latest accolade is a fellowship from the New York Choreographic Institute—"the most exciting thing that's happened to me," she says—which comes with space, time and a stipend to do whatever she pleases. She's planning a ballet version of Shel Silverstein's The Giving Tree, which she'll unveil at an invite-only showing in April.

Bond, 32, describes herself as "very content to be in the corps de ballet." She pushes harder for choreographic opportunities than she does for star roles, and while some dancers spend the off-season guesting with other companies, she spends hers in the studio. Despite flirting with contemporary moves, she always comes back to a more classical vocabulary. In that vein, she aspires to create a large-scale work for a female corps. "I've always been extremely proud of the corps de ballet," she says. "I get very excited by dancing with my friends, when we're bang-on and our lines are amazing. It's an incredible feeling." 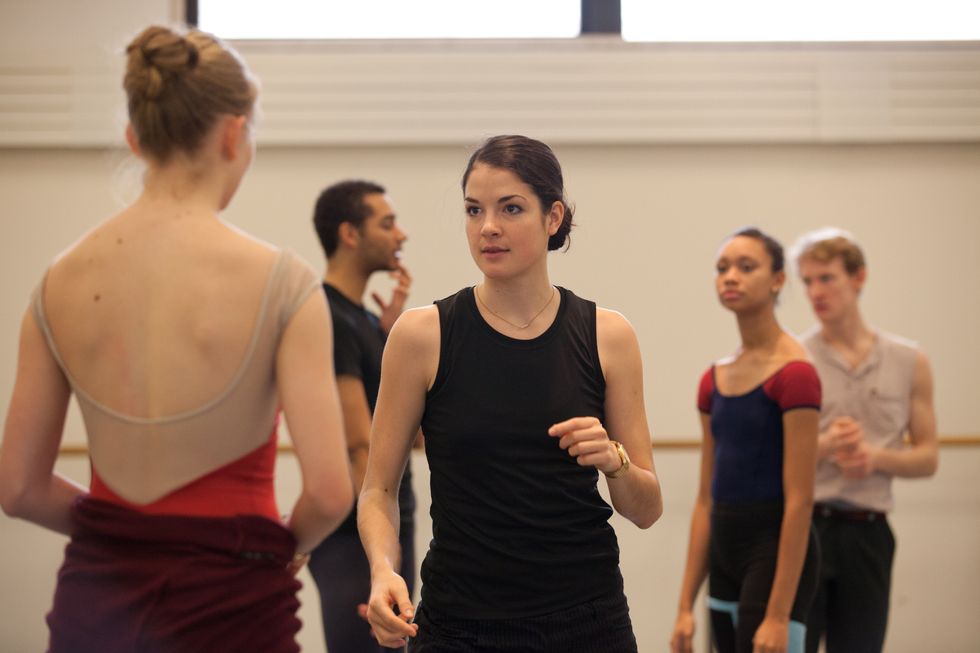 At 28, Emery LeCrone has a chock-full resumé. Her crisp, geometrically inventive style has earned her commissions from Oregon Ballet Theatre, Colorado Ballet, Saint Louis Ballet, Charlotte Ballet, the National Choreographers Initiative, Juilliard and the Guggenheim's Works & Process series, to name just a few. She also dances with the Metropolitan Opera, a steady gig that gives her both the stability and flexibility to choreograph.

The challenges LeCrone faces, she says, have more to do with being a freelancer than with being female. "I'm just trying to get consistent work, and that has nothing to do with whether I'm a woman or a man."

LeCrone got an early start when, as a 19-year-old student at North Carolina Dance Theatre's Chautauqua Summer Dance Festival, she was required to choreograph. Quite simply, she says, "I loved it." Both she and Bond encourage young artists to generate as much work as possible—even if that means just noodling around in the studio and inviting friends to watch. "The number one thing is to keep making it and putting it out there, and things will happen," LeCrone says.

Having made a lot of "15-minute concert dance and 5-minute pas de deux," LeCrone wants to move toward creating longer works with larger casts. She also hopes to collaborate with a composer. While music is one inspiration for her, she gets most excited when talking about her dancers—their backgrounds, personalities, idiosyncrasies. "What inspires me most is being in the studio with them," she says. "When I choreograph a piece, it's about the people who are in it. It's about how we relate as human beings."