How to Fuel Your Body for Audition Day

Alexandra Hughes remembers she was too nervous to eat before one of her first company auditions. She entered the studio on an empty stomach—and quickly realized she'd made a mistake. “I felt like my brain was telling me what it wanted me to do, but my body couldn't keep up," she says. The experience was sobering: she learned she needed to eat, nervous or not. For her, the secret was small snacks throughout the day; a few months later she secured an apprenticeship with Pennsylvania Ballet.

An audition day presents the perfect storm of food anxiety. The desire to look your best and perform at your highest level can be a perplexing challenge. How do you fuel appropriately without feeling over-full? Stress also presents an unsettling hurdle: When your stomach's in knots, eating is often the last thing you want to do. Yet finding the right audition day diet will allow you to focus on the real challenges—like those 32 fouettés!

First things first: You will not be able to change the way you look before Saturday. "One of the biggest mistakes dancers make before an audition is trying some extreme eating shift in an attempt to lose weight at the last minute," says Rebecca Dietzel, a nutrition consultant for Canada's National Ballet School. Ultimately, drastically reducing portion sizes, skipping meals or cutting out entire food groups will leave your body ill-prepared for the challenging class ahead. Stick to the same amount of fuel you know you need on a regular basis. 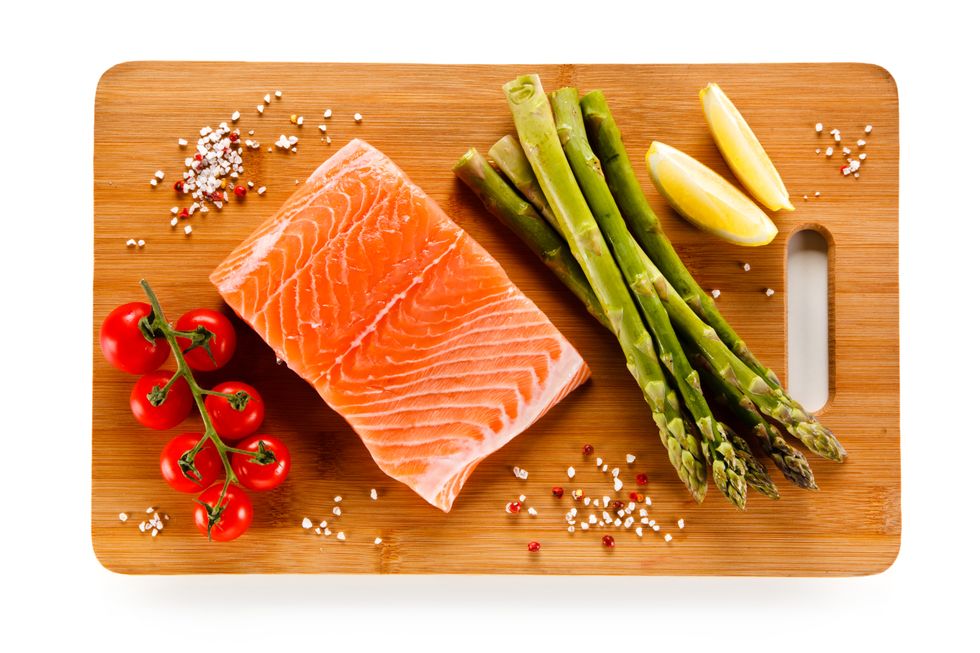 Even though no director will notice an extra six ounces of fluid in your body, you want to steer clear of anything that will make you feel insecure in a leotard and tights. Minimize the amount of sodium you have the night before to prevent bloating. "Most of the sodium people take in actually comes from processed foods," points out Roberta Anding, a registered dietitian who works with Houston Ballet. Sodium is added as a preservative, and doesn't necessarily mean the food will taste salty—one serving of instant pudding has the sodium equivalent of two slices of deli ham.

Instead of eating anything processed, focus on whole, natural foods. Anding suggests a dinner along the lines of grilled salmon, brown rice, steamed broccoli and fruit salad, with lots of water to drink. Hughes makes sure her dinner is fairly hearty since she knows she'll be eating small, lighter meals the next day.

You've heard it a million times—don't skip breakfast! You want to get the most out of this first meal since your nerves will only get worse as audition time approaches. "Anxiety just doesn't allow your stomach to empty very well," says Anding. A breakfast of Greek yogurt, oatmeal and berries is a great option because they are all low glycemic index foods. "That means they're time released," she explains. Instead of all the carbohydrates dumping into your bloodstream at once, they will provide slow and steady fuel all morning long.

Hughes' audition day breakfast usually includes an egg with toast, a banana to minimize leg cramping, orange juice and milk. Protein is a must. "Having it in the morning keeps my mind a little more focused," she says. You can get protein in different ways. Some brands of Greek yogurt contain 14 grams—about the same amount as two eggs. Alternatively, you can get 11 grams of protein from one cup of oatmeal. 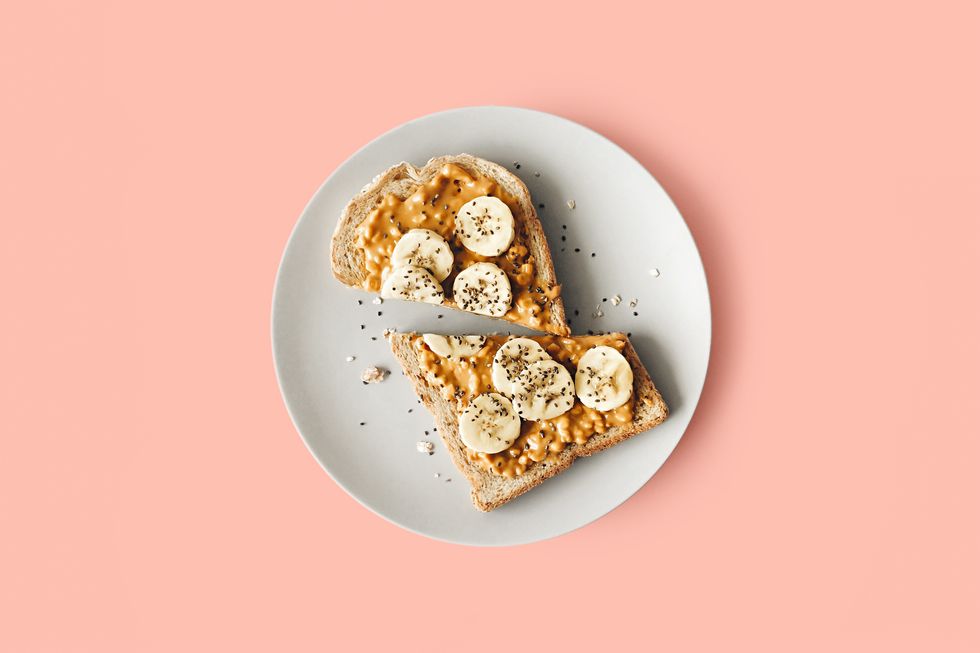 For optimum strength, put something in your stomach a couple hours prior to dancing. Trail mix, a banana with peanut butter, or yogurt are all good choices. Many dancers rely on energy bars because of their portability. "If you're going to eat a bar, just be sure to read the ingredients," Anding says. "You want nothing containing sugar alcohols, which tend to cause gas, cramping, bloating and diarrhea." Sorbitol, xylitol, maltitol, and any other ingredient ending in "-ol," are sugar alcohols.

Even if the butterflies are making it difficult to eat, it's never a good idea to walk into the studio running on empty. Anding points out that milk, whether you prefer soy or traditional cow's milk, will leave your stomach quickly and can provide carbohydrates, proteins and nutrients that are great fuel for your muscles.

Make sure to pack additional snacks in case you have to wait around for your group to dance. When Hughes was placed in a later auditioning group, she ate something small again after registration. When her nerves were bad, she opted for a yogurt since it isn't solid and her body can digest it easily.

About 30 minutes after the audition, eat again to help your muscles repair. "If you have another audition, even if it's four or five days later, your preparation starts the moment the first one is over," says Anding. Again, protein is a good choice, but it doesn't have to be meat. Edamame, hummus or nuts can all get the job done without feeling heavy in your stomach. 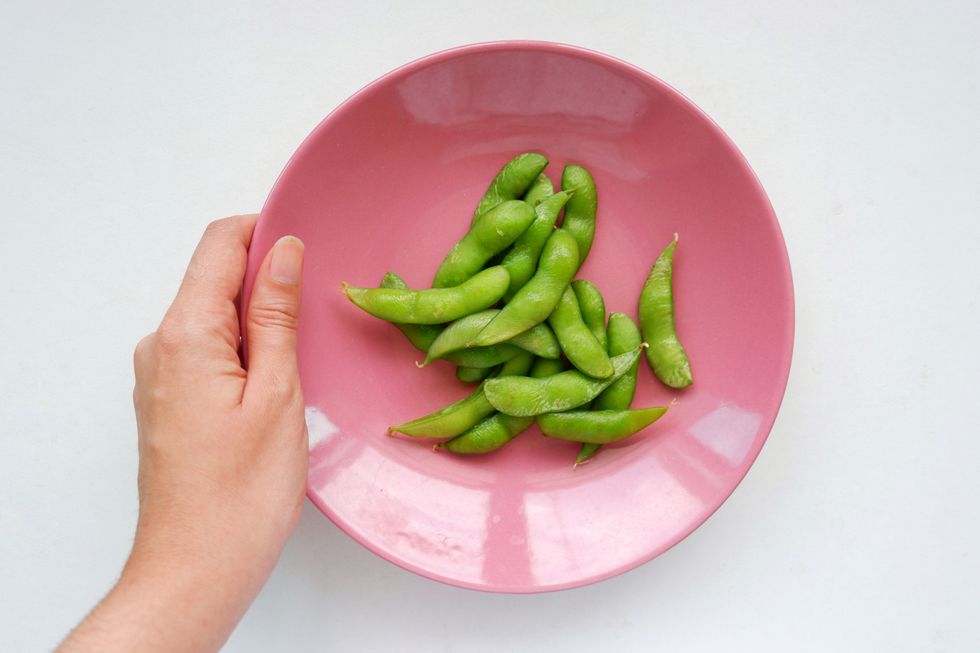 Caffeine and alcohol are two of the biggest performance busters. Too much caffeine will leave you shaky and can heighten your anxiety. A small amount will help with alertness, but Anding says it shouldn't be more than 4 ounces of coffee a day. Alcohol comes with a host of problems, from impairing muscle recovery to depleting the body of essential B vitamins. The effects are detrimental enough that, she says, "alcohol really just needs to go by the wayside until you've secured your dream job."

As a little auditioning experience soon shows, drastically reducing your food intake will hurt focus and energy level. If you can develop nutritious habits in your day-to-day life, smart pre-audition eating will be second nature. "The whole goal is to keep nutrition off your mind when you're auditioning," says Anding. "It should be simple and stress-free, and you should know you're well-fueled." 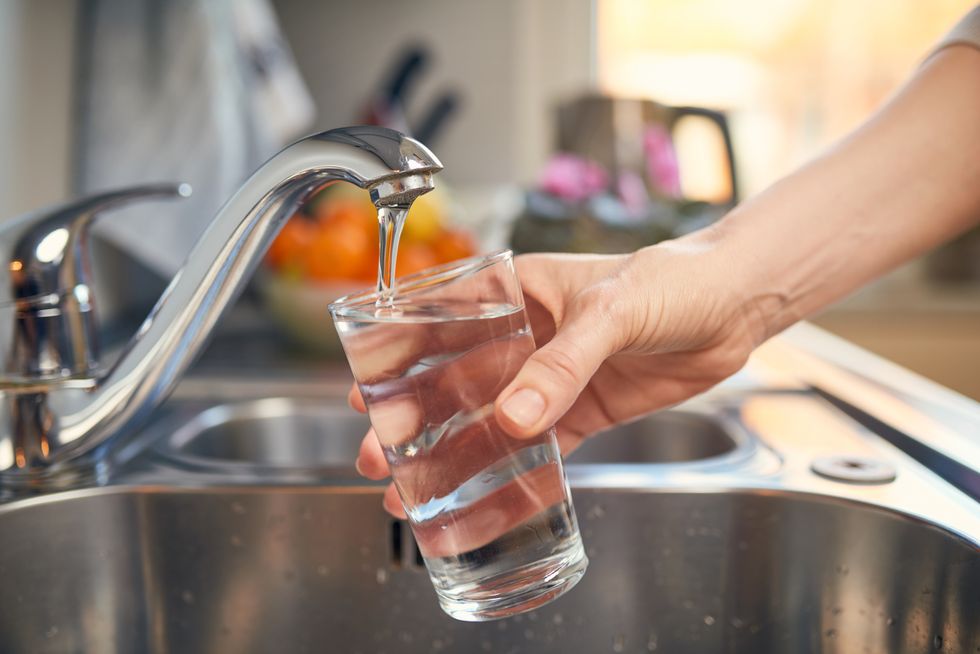 Part of the recipe for your best performance on audition day is proper hydration, but how much fluid is enough? Dietitian Roberta Anding says that a common ballpark figure is half your weight in ounces, so if you weigh 120 pounds, you should drink about 60 ounces per day. Beware that the winter months of audition season can require added focus on fluid intake. Cold weather leads many people to turn to hot drinks like coffee and tea, with less of an impulse to drink water. In addition, the dry air actually depletes your body of moisture (which is evident in dry skin). "Drinking only when you're thirsty is a flawed strategy," says Anding. "You know you're hydrated if your first morning urine looks like pale lemonade."