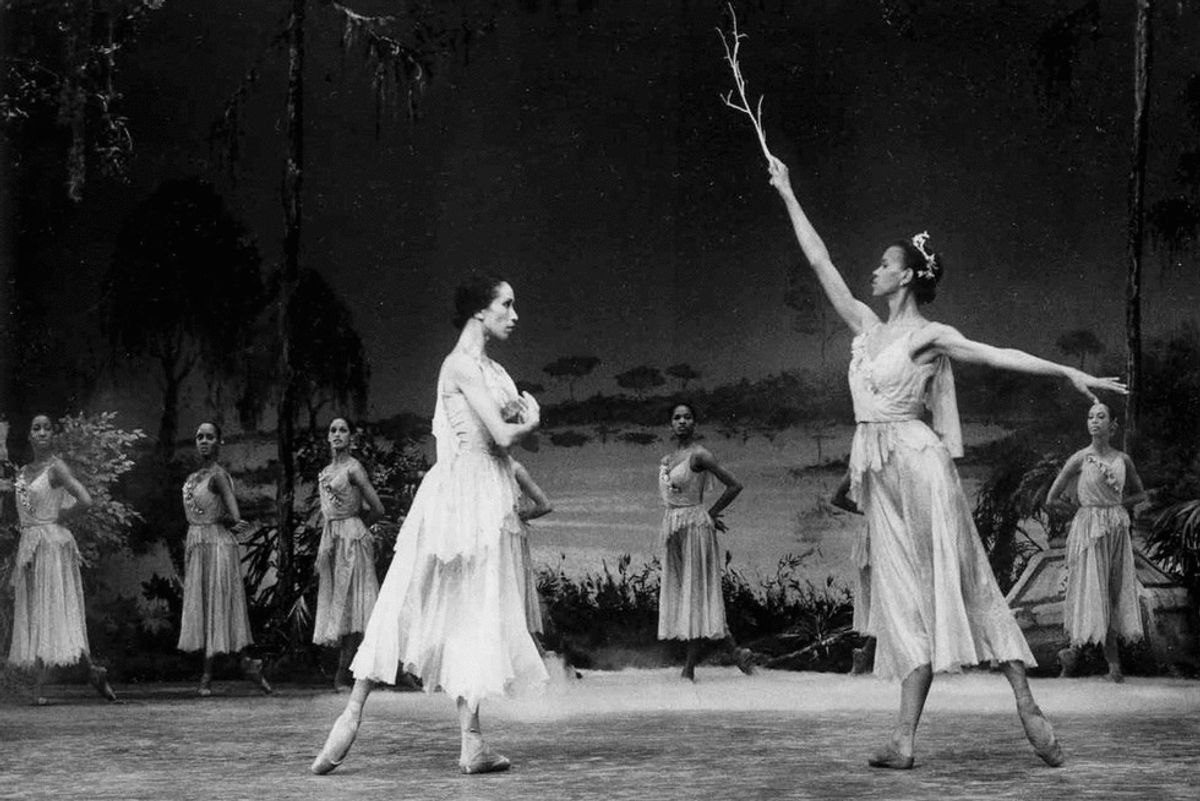 If you've ever visited a Louisiana bayou at night, with the thick fog and eerie swamp waters, the idea of Wilis floating through the reeds might not surprise you. Dance Theatre of Harlem's Creole Giselle transplants the Romantic era ballet from Europe to the antebellum South. In this clip from a 1987 film, Virginia Johnson—former principal dancer and current artistic director of DTH—dances the title role. In the Act I variation, she pairs crisp, solid footwork, full of sailing turns and effortless balances, with soft arms and careful transitions. In some interpretations, Giselle's love for Albrecht and for dancing is exuberant bordering on foolish: You feel for the character in her heartbreak, but it's hard to be surprised. Johnson's joy is steadier, more grounded in reality. I think this makes us feel her subsequent tragedy even more keenly.

Creole Giselle, staged by dance luminary Frederic Franklin, won a Laurence Olivier Award in 1984. Johnson's contributions to the dance world are equally notable. She was a founding member of DTH under artistic director Arthur Mitchell and—another reason why we love her—she served as Pointe's founding editor-in-chief from 2000-2009. Happy #ThrowbackThursday!

Related Articles Around the Web
#throwbackthursday #tbt virginia johnson dance theatre of harlem frederic franklin
If you like us online, you'll love us in print!
Instagram
Pointe Magazine