During her second season at Saint Louis Ballet in 2012, Vanessa Woods' search for a fulfilling side job led her to start her own. With a reputation of being "the business ballerina" (she earned her degree in marketing from Washington University in St. Louis' night program while dancing with SLB), Woods began brainstorming ideas with her mom.

After realizing seniors were overlooked in the dance world, Woods decided to create Vitality Ballet, a program for senior citizens. "I think as dancers we're used to being told what to do," she says. "At times it's hard to figure out what to do next, and how do you properly launch a website, and figure out pricing, and hire teachers?" 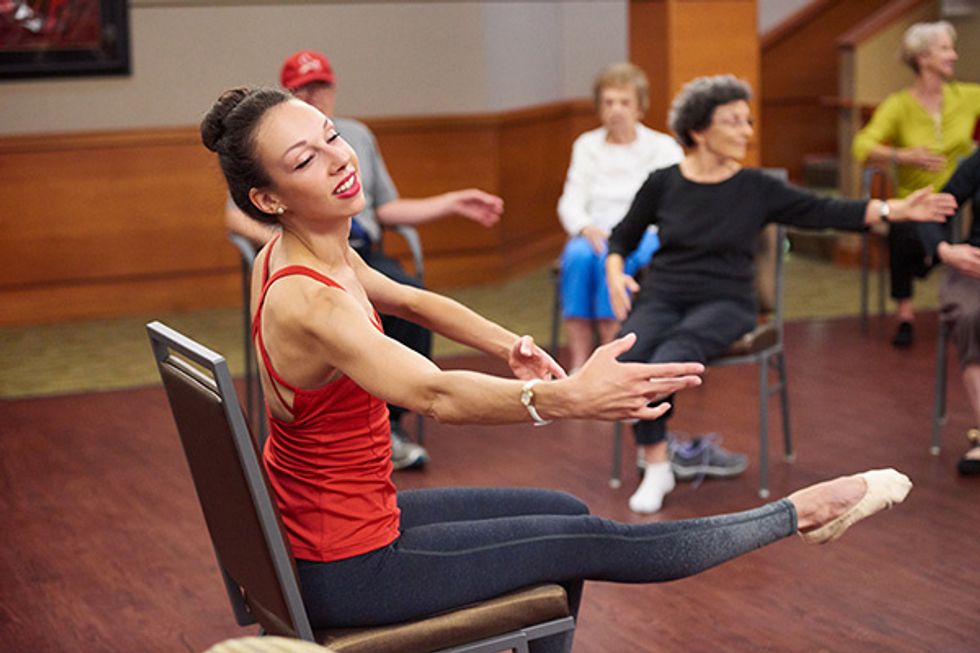 Using her apartment as an office, she spent countless hours listening to music, researching geriatric exercises and developing a business concept. After calling a local nursing home to pitch her idea, she taught her first class. Today, Vitality serves about 60 facilities in the St. Louis area, with an average of 120 classes per month taught by 10 to 12 teachers at any given point.

"I've always had a place in my heart for seniors," says Woods. Growing up in New Jersey, her grandparents lived just minutes away. "It made me appreciate how much seniors can do and how much they can offer."

Vitality teaches ballet, chair yoga and water ballet. For many of the seniors, dance evokes the past in some way, whether they took classes as children, grew up watching ballet or dreamed of dancing but weren't able to take lessons. Some are also dementia, Parkinson's or Alzheimer's patients. "It's really fun to see the memories that the music or the movement can conjure for them," says Woods. 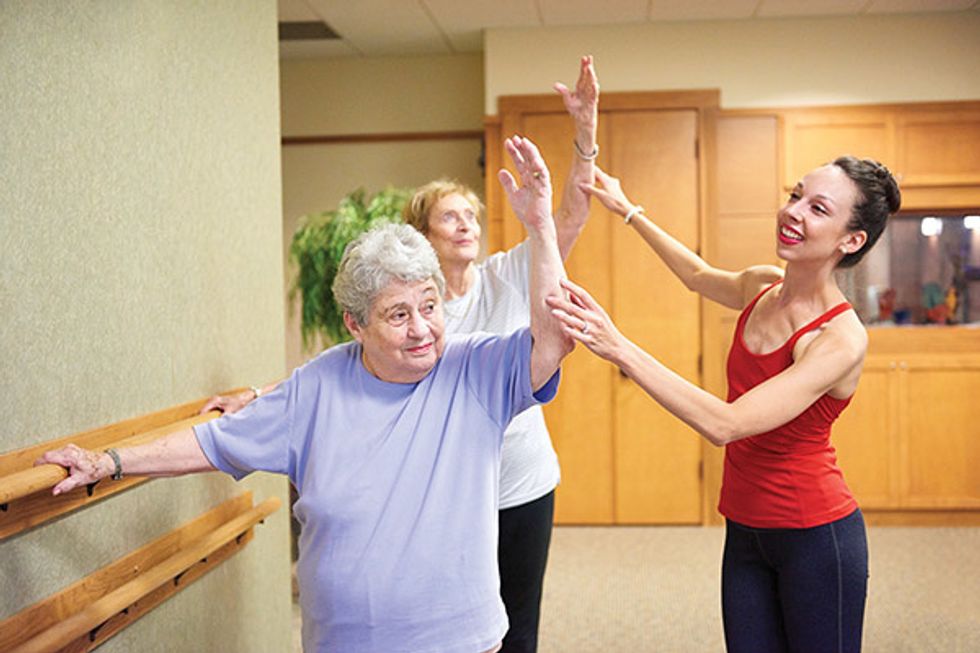 Beginning her own dancing at age 5 in her hometown, Woods later trained with Miami City Ballet School's pre-professional division and danced with Colorado Ballet's Studio Company and The Suzanne Farrell Ballet. She was freelancing in New York, and craving the stability of company life, when she decided to reach out to Saint Louis Ballet's director, whom she'd auditioned for in the past. "I contacted him about auditioning, and he wrote back and was like, 'We're down a swan for Swan Lake. Can you come right now?' "

In 2016, Woods suffered from a serious foot injury. Sidelined for over a year, she continued to teach and run Vitality while trying to work her way back to the studio. After seven seasons with SLB, she officially retired.

Woods dreams of expanding Vitality and hiring professional or retired dancers to teach seniors in other cities. "I was known for being the biggest bunhead, just absolutely obsessed," she says. And while she still identifies strongly as a ballerina, "I think it's such a valuable thing to learn you have other skills. You can use what you've learned as a dancer to help you in your next phase."