The Perks of Being a PUMA Brand Ambassador: NYCB's Unity Phelan's Whirlwind Tour to Asia

Last month, New York City Ballet soloist Unity Phelan spent a whirlwind 10 days in Asia with PUMA, unveiling their ballet-inspired workout line, En Pointe, which was created with input from NYCB dancers. Phelan traveled to five cities—Tokyo, Kuala Lumpur, Singapore, Jakarta and Shanghai—to give demonstrations and teach the NYCB x PUMA workout, which incorporates aspects of ballet physicality. Also on the tour was PUMA Team Faster trainer and former dancer Emily Cook Harris, who helped develop the workout with NYCB. We caught up with Phelan to hear all about the experience.

A number of NYCB dancers are involved with PUMA. How were you chosen to represent the company on this tour?

I have such a big interest in workouts. I was a late bloomer, and when I was younger it took my muscles much longer to develop than everybody else's, so I found the gym much earlier than most of my colleagues. At 14 I already had a gym membership. So I've always been interested in the whole fitness aspect of ballet. I think that PUMA caught onto that in some of the events that I'd done with them, and I'd also learned this workout; I think I'm now the only one in the company who knows it. 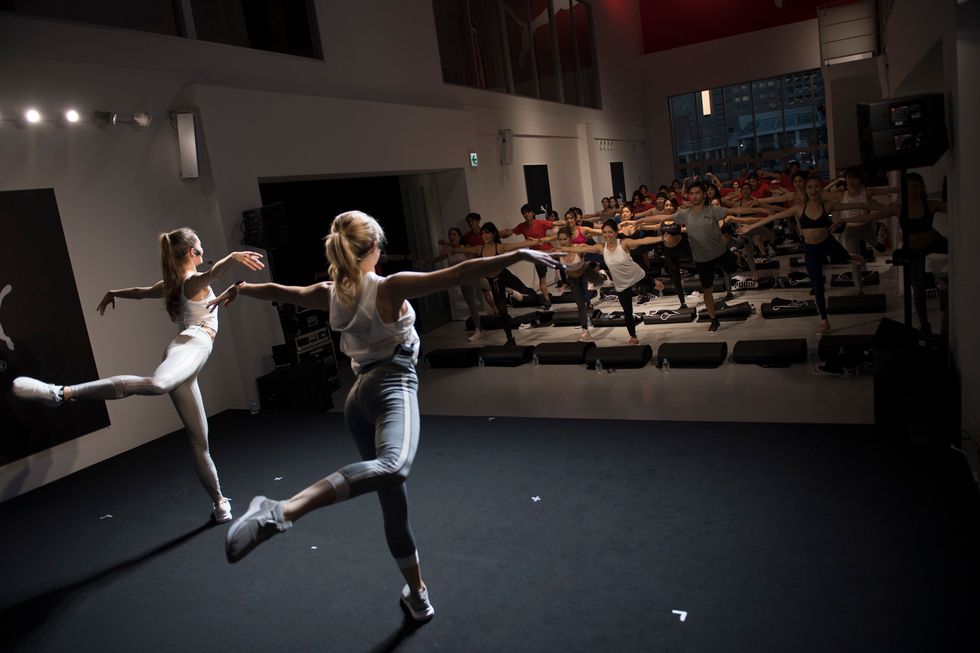 What kind of input did you give in creating the En Pointe collection?

We had a summit of sorts with PUMA at their headquarters. They asked us what we like in leggings and shirts and different things, and how we would like to wear different articles of clothing that they could make. I talked a lot about color scheme. I think that like most ballet dancers I find myself gravitating towards gray or black or white or pink, just because those are the colors we grow up with.

What did you do in each location on the tour?

I'd teach one or two workout classes with Emily and then I'd lead a demonstration and teach a modified ballet class. For the demonstration I'd do a full barre and some center, and talk the audience through the whole thing, which was actually really exhausting. It's hard to do a barre and talk at the same time; the first day I had such a sore throat. In the class I'd teach them the feet positions and arm positions, and do some different jumps. Grand jeté was a really fun one. We also did photo shoots, had interviews with different media outlets like Elle China, and got to explore a little and soak up some of the culture and try local cuisines, which I love. 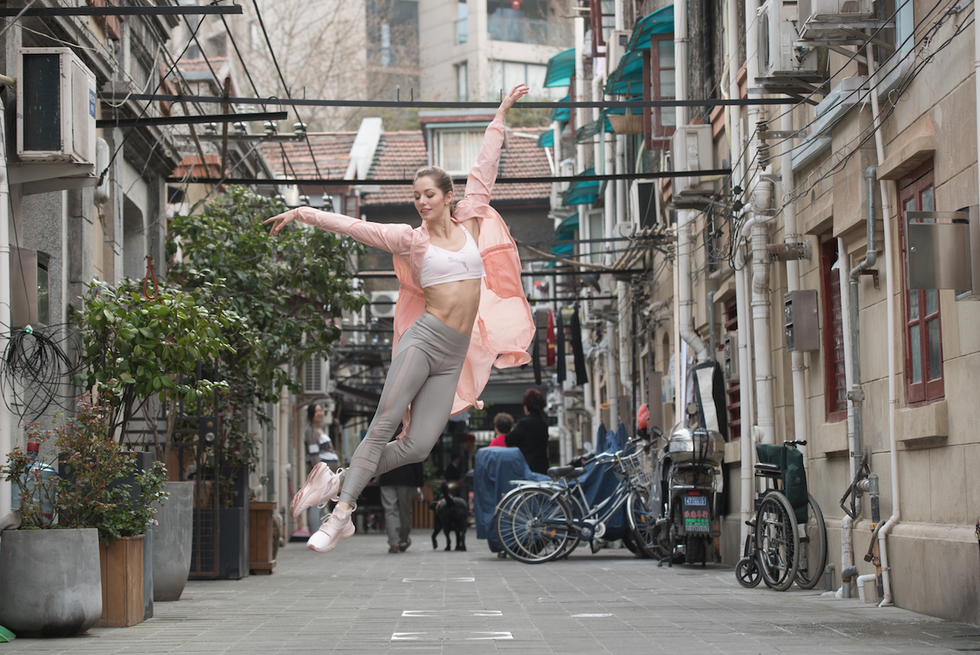 What's the most adventurous food that you tried?

We had this one meal in Singapore where they just kept bringing out different meats, and at one point our host was trying to tell us about what we were eating, and I looked around and said, "This is really good, but stop telling me what we're eating; I don't want to know!"

What was it like teaching ballet to people who had little to no dance training?

It was so much fun. I think that ballet is seen by so many people as this untouchable art form that no one could ever do unless you start when you're five, but this workout makes it so approachable. I think it's so important in getting more people interested in ballet. I don't think that was the goal of the whole trip going into it, but I think that was an unexpected outcome that was really exciting for both PUMA and NYCB. 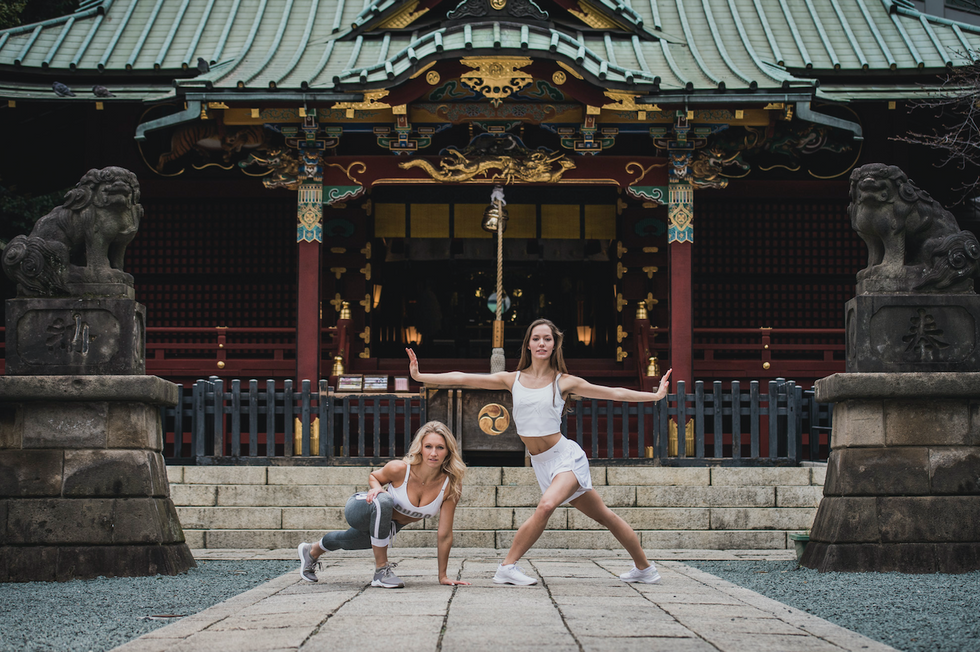 Was this your first time teaching?

I actually teach ballet every summer in Princeton, NJ, at the studio I grew up in. I love teaching kids and people younger than me, but this was my first time teaching people my age or older. I found it really fun; everyone was there to learn and to try something new.

What was your favorite part of the experience?

I loved Malaysia and Indonesia, all these places I'd never imagined going. But I think that becoming closer to the workout and seeing how many people loved doing it was one of my favorite parts, because it's a way of spreading joy. I felt like it was The Nutcracker, like you're just spreading joy everywhere.