I like to make people laugh, so I was excited to be cast as the Mad Ballerina in Jerome Robbins' The Concert. But the character herself didn't feel like me. She's so bubbly and excited, and I'm a bit more pensive (when it comes to ballet, at least). I didn't want her to come across as stupid—she's still thoughtful. I guess you could say she's flighty, but it's just that she's so excited about the music at the concert that everything else is a blur to her.

Timing is so important in comedy, so it was fun to experiment with that and think about what would read from the audience. If you go way over the top, it can lose the sensibility and humor. Jean-Pierre Frohlich, a répétiteur for the Robbins Rights Trust, gave us a lot of really good coaching. He talked to me about facial expressions and timing, especially in the scene where I'm trying on the hats. He said to take my time, really look in the mirror and think about whether I liked each hat or not, so that by the last one I could genuinely think "Oh, yeah, this is the one!" In the scene where I dance with the Shy Boy, my character is thinking "Now, we're going to dance!" and she does so without caring that she's plowing him over.

I start getting into character as I'm doing my hair and makeup, talking to myself in a high, excited voice. Once onstage, there are so many details to focus on; at first I was worried about doing everything correctly. But when I heard the audience react, I realized I could relax a little without losing the details. 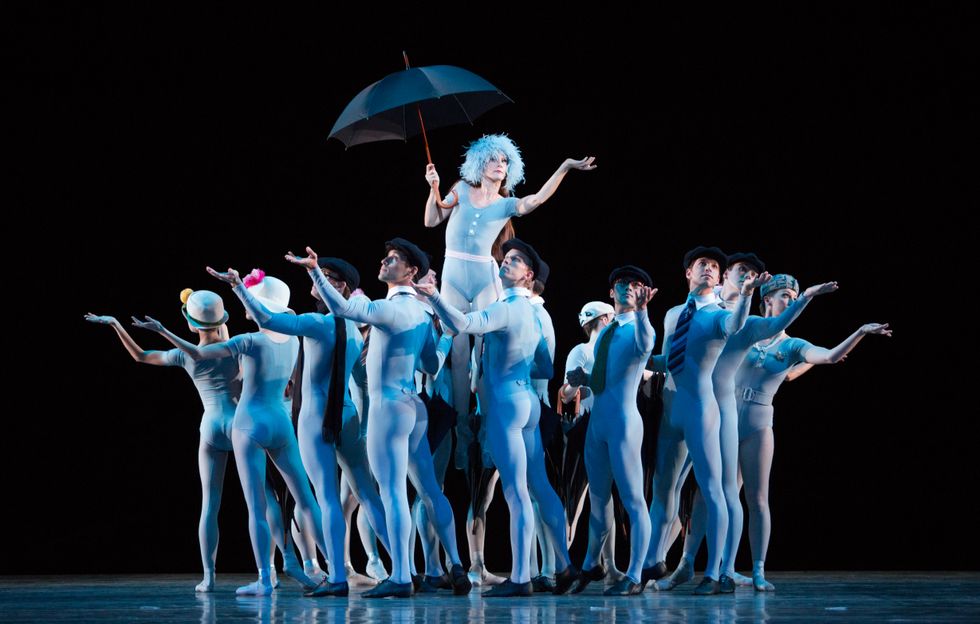 What's challenging is keeping the ballerina's characterization consistent. Each section of the ballet shows a different side of her, but I wanted to make sure she was still the same person throughout. And because it's a comedy, people don't realize this ballet is actually a lot harder than they think! We're jumping a ton and there are all these quick changes, so it's really exhausting. After the rain scene, I walk peacefully offstage, then run to take off my blue hat, put on three straps for my butterfly wings and tie my sun hat while a dresser snaps the wings in place. It was really stressful at first, but now we can do it in 10 seconds.

Making people laugh is such a good feeling. In The Concert, I feel so comfortable onstage, so now I try to think about how I could feel more comfortable and more myself in any ballet I do.