Tiler Peck on The Honor of Dancing Balanchine's "Emeralds"

I think "Emeralds" is more of an acquired taste than "Rubies" or "Diamonds." There aren't really any difficult steps, but it's extremely hard to pull off because of its simplicity. You can't just "sell it." But the musicality and simplicity come together so perfectly to make it dramatic and sweeping, and just so much fun to dance.

"Emeralds" is a really special role for me. I think that, really, I'm right for "Rubies," so to be given "Emeralds" was a refreshing change—it pushed me and was more challenging than "Rubies" would have been. As I've grown with the role, I've learned to be more comfortable in it's subtlety. When you're younger, sometimes "just" doing a port de bras is hard, but as I've gotten older, those are the moments I treasure most. 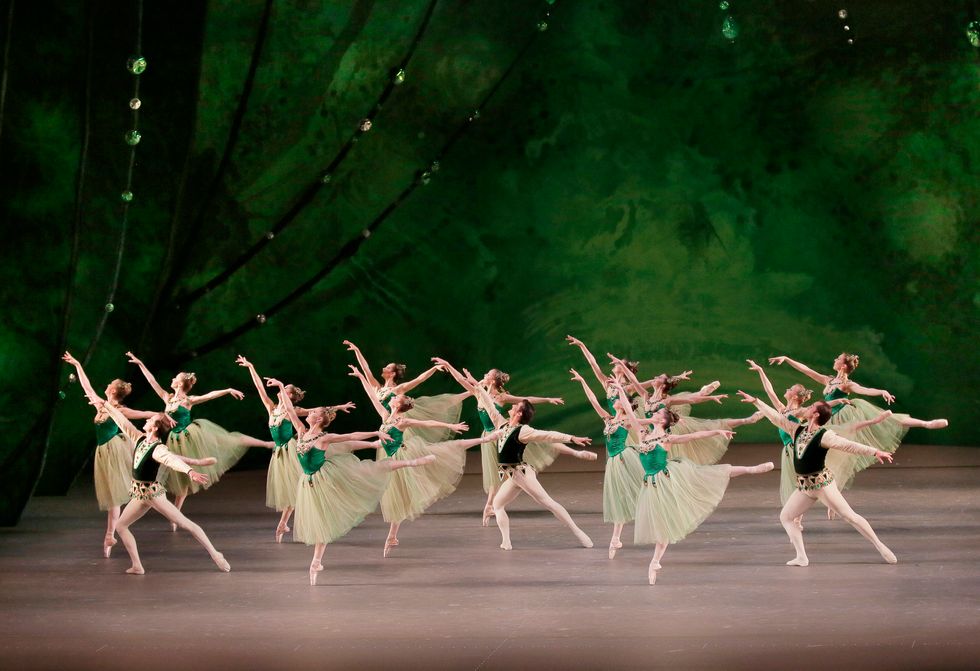 It's always been really important to me to see and hear knowledge that's passed down, because a lot can get lost. Even though I didn't get to work with her on "Emeralds" myself, I watched a video of Violette Verdy, who originated the role, coaching a Paris Opéra Ballet dancer. She explained how the very first port de bras is more reserved. Then the second time, it's as if you've been there before and know what you're doing, so it's bigger and your arms carry you into the bourrée. Seeing her explain the simplicity of the steps gave me images to carry in my head that inform my movement. No one can ever look like her, but for me, it's about gathering her knowledge, listening to the music and finding my own voice. I loved Violette so much as a person and a dancer, so to carry on her role is such an honor.

Click here for Sara Mearns on "Diamonds" and here for Teresa Reichlen on "Rubies."