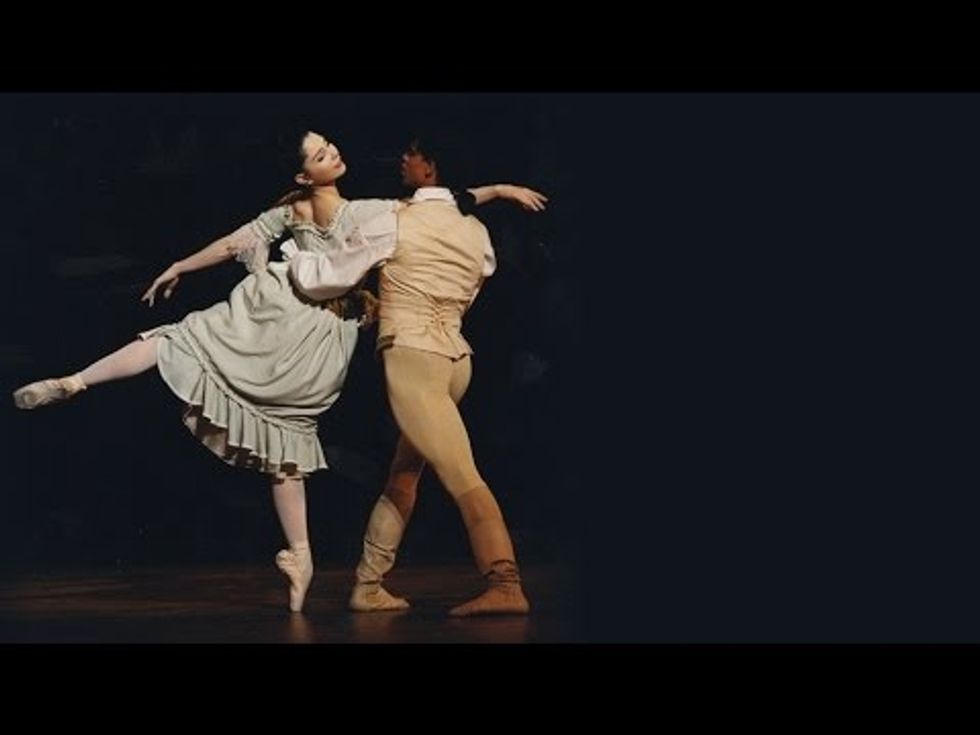 Former Royal Ballet principals Tamara Rojo and Carlos Acosta are notably one of the best couples to perform together. In this clip of Manon, it's clear that Rojo and Acosta have an unadulterated chemistry, even with the pas de deux's technically exhaustive demands.

Like Romeo and Juliet, Manon tells the story of star-crossed lovers. Though Manon and Des Grieux are fated from the start, this variation captures their love for each other through stolen glances and heartfelt embraces. Acosta showcases Rojo in every promenade and lift, underscoring his own strength and grace. From the opening saut de chat at 0:10 to the soutenu at 1:08, there is an implicit assuredness between them that makes their performance particularly special.

It's no surprise that both dancers have continued to be leading lights in the dance world. In 2012, Rojo was appointed artistic director of the English National Ballet where she is also its lead principal dancer. Acosta, the first black dancer to become a principal with the Royal Ballet, is following suit. This October, he finishes his A Classical Farewell tour at the Royal Albert Hall before heading back to Cuba to direct his new company, Acosta Danza.