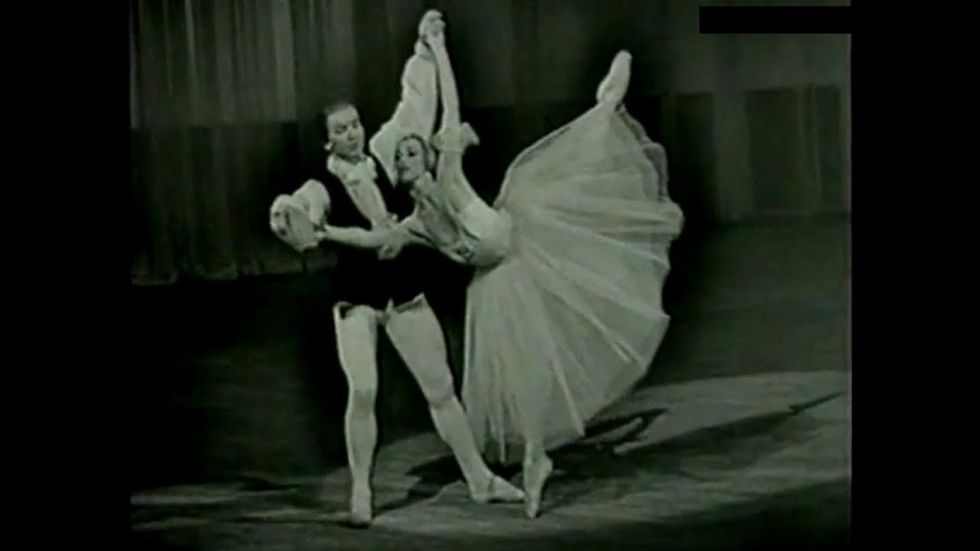 Pop quiz: which ballet looks just like Giselle, La Bayadère's Kingdom of Shades and La Sylphide's forest scene, but has little in common with any of them? Hint: it's often confused with the last ballet on that list.

Les Sylphides, originally named Chopiniana, may look like the story ballets that preceded it, but don't be fooled by the white tutus and wings. Michel Fokine's 1908 work creates an atmosphere, but not a narrative. With no evil sorcerers or lovesick princes, Les Sylphides is like a poem without plot. Beauty without explanation. And who better to bring to life the essence of the sublime than Natalia Makarova? (Honestly, she could stand still onstage and achieve that effect.) In this 1965 clip from the one act ballet's main pas de deux, she and partner Vitaly Onoshko, at the time both dancers at the Kirov Ballet (now Mariinsky), seem to conjure a moonlit night on that sparse stage. Every move is effortless, radiating a calm sort of magic.

With its departure from storytelling, Les Sylphides paved the way for everything from Balanchine's Serenade to Wayne McGregor's Chroma. Happy #TBT!