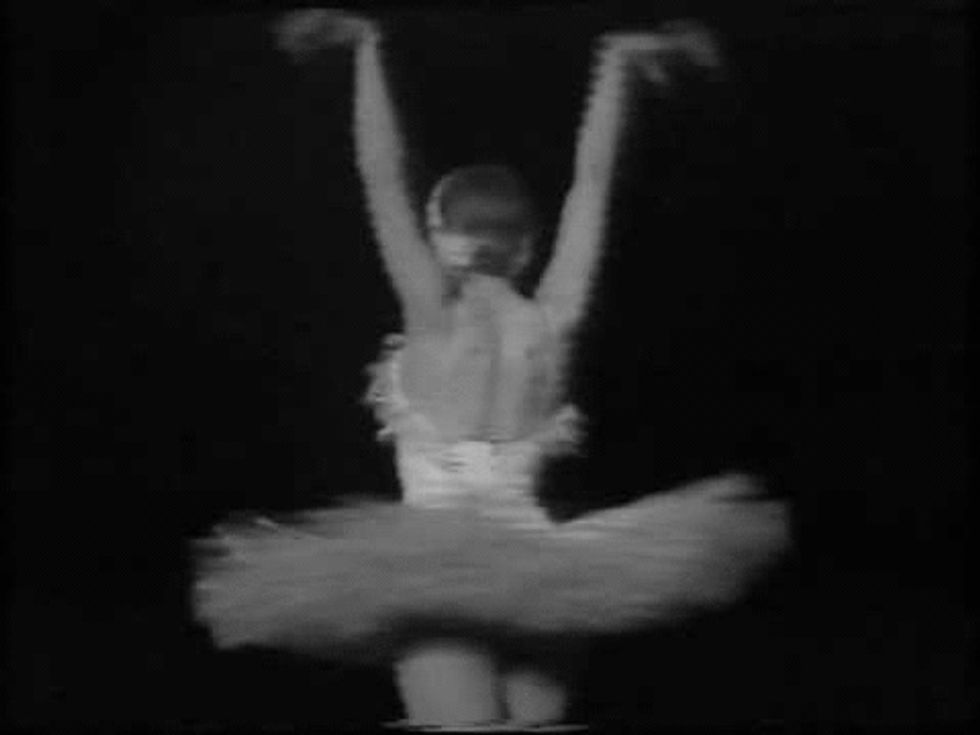 “With an inner voice the river ran,

Adown it floated a dying swan…"

-From The Dying Swan (1830) by Lord Alfred Tennyson

Lord Alfred Tennyson's poem The Dying Swan, along with a lifelong fascination with swans, inspired ballet legend Anna Pavlova to request a solo from choreographer Michel Fokine in 1905 (some sources say 1907). He chose Camille Saint-Saëns' nostalgically romantic composition for cello and piano “Le Cygne," and The Dying Swan was born. Like a poem, the iconic role is open to many interpretations. In this clip, Ghislaine Thesmar—a Paris Opéra Ballet étoile in the 70s—calls to mind Tennyson's words. Arms undulating like graceful wings, she elegantly dips her torso atop a fluid, unbroken current of bourrées. Her eventual submission to gravity and death is so gentle that, were she really floating down the river Tennyson envisioned, she would do so without so much as a splash.

Thesmar's contributions to the art form go beyond her renowned performing career. She and her husband, French choreographer Pierre Lacotte, became the first directors of Les Ballets de Monte Carlo in 1985, and Rudolf Nureyev later invited her to train a new generation of stars at the POB School. Happy #TBT!