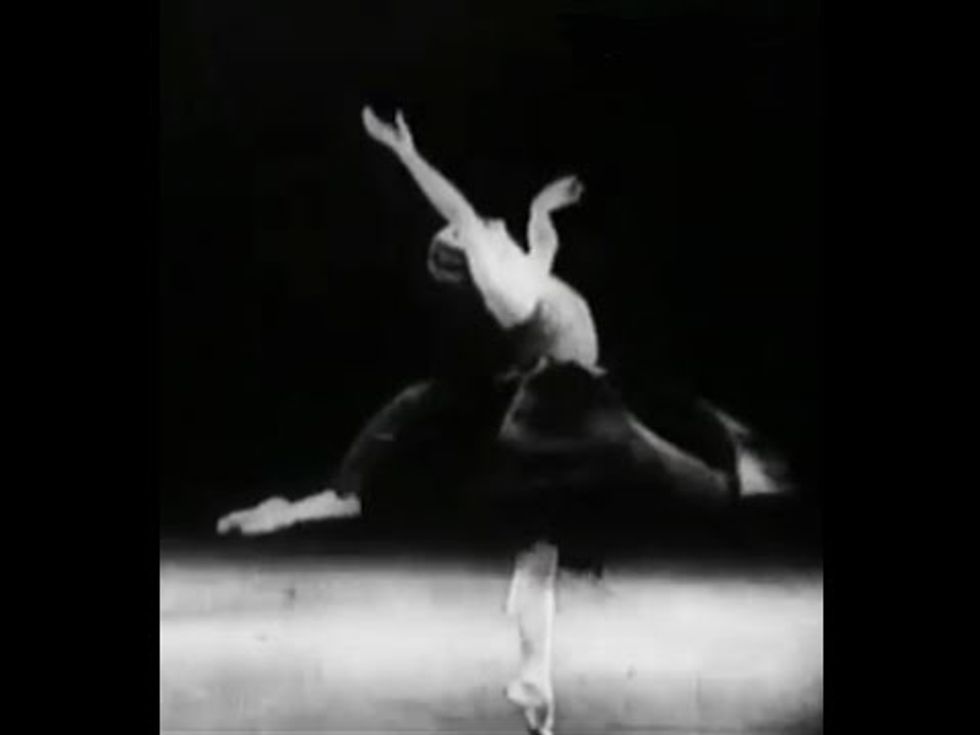 Anna Pavlova may be best known for someone else's choreographic work (Michel Fokine's The Dying Swan), but she, too, was a choreographer. Similar to the famous solo, Pavlova's dances often emulated nature—like in Dragonfly and Californian Poppy. In this clip of the latter, circa 1916, Pavlova's “poppy" flutters through space on a string of bourrées. She uses the weight of her port de bras and épaulement as impetus for each swirl. Blossoming, joyous, and alive, Pavlova's grace also reflects a petal's delicate fragility.

While the music in this clip has been dubbed in, a more complete silent clip of the dance shows Pavlova folding to the ground after gathering the skirt around her. Her motionless finish recalls the dying swan. Yet, gardening aficionados know that poppies close their petals at night, re-blooming each morning. If it weren't for the dusk, Pavlova might just keep on swirling for eternity. Of course, in our imaginations, she does.

The poppy was named California's official state flower in 1903. Pavlova often took inspiration from her travels and, since she visited San Francisco, it seems likely that the flower inspired the lovely dance. Happy #ThrowbackThursday!

#tbt anna pavlova #throwbackthursday
If you like us online, you'll love us in print!
Instagram
Pointe Magazine