For the ballet world, Lausanne, Switzerland means one thing: the home of the prestigious Prix de Lausanne. But dancers aren't the only ones to think of the French-speaking city as synonymous with competition. Lausanne is the base for the International Olympic Committee headquarters, and this year it is also hosting the Youth Olympic Games. 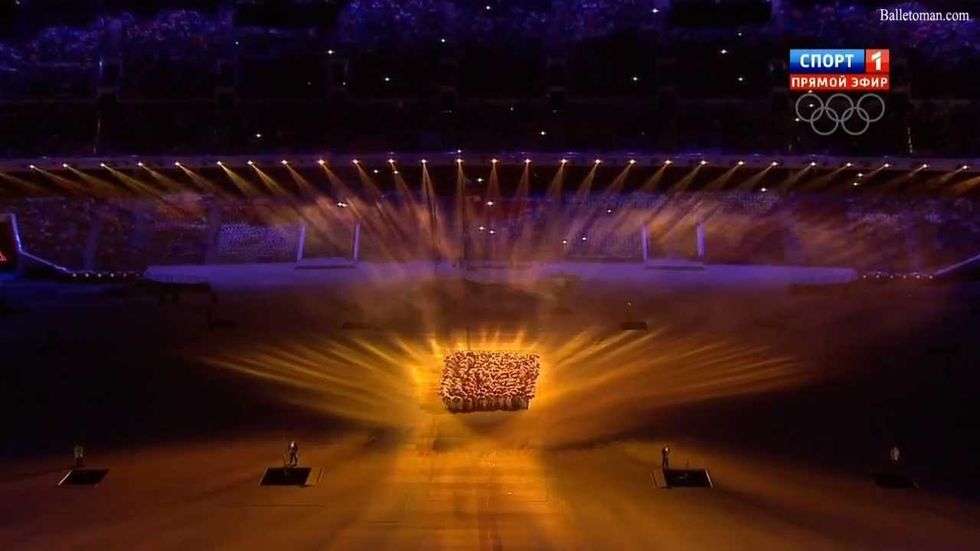 #TBT: Watch Ballet in the Olympics

Ah, the Olympic ceremonies: When athletes of the world parade with their flags into the international spotlight, when host countries pay tribute to their cultural heritages and when I (without fail) tear up at the beauty of it all. Ballet doesn't usually play into the Olympic mix as a sport, but the opening and closing ceremonies are a different story. Case in point(e): Sochi, Russia in 2014 and London in 2012.

Keep reading...
If you like us online, you'll love us in print!
Pointe

How Ballet Will Sneak Its Way Into the Olympics

I have a love/hate relationship with figure skating. Part of me roots for the fact that it's fairly artistic—it's the closest thing to dance I'll ever see at the Olympics. (PS: I'm obsessed with all things Olympics.) On the other hand, I'm always cringing at skaters' lines and sloppy limbs. And then there are the long programs set to music from Swan Lake accompanied by bad, feathery costumes, which are truly hard to watch.

Every once in a while, though, a figure skater takes my breath away. Ukrainian Oksana Baiul was famous for starting out as a ballet dancer. I loved Michelle Kwan's dancer-like lyricism. American Sasha Cohen had incredibly long, beautiful lines; I always wondered what she would look like on pointe. And now there's Gracie Gold, who won the US Figure Skating Championships and will compete at this year's Winter Olympics in Sochi. Her skating is clean and effortless—thanks to the two ballet classes she says she takes each week.

Check out the free skate (set to a Sleeping Beauty medley) that qualified Gold for the Games, below. We'll be watching, Gracie!

We have to hand it to the Russians. Olympic opening ceremonies are always brilliant spectacles, but rarely do they involve appearances by world-class ballet dancers.

Last Friday night, the Sochi opening ceremony offered a smorgasbord of rich, theatrical images, many of them created by Spider-Man: Turn Off the Dark choreographer Daniel Ezralow. But the highlights for us bunheads were appearances by Russian ballet sensations Svetlana Zakharova, Ivan Vasiliev and Diana Vishneva.

Zakharova and Vasiliev showed us the more traditional side of ballet in a recreation of a ballroom scene from Tolstoy's War and Peace. (Vasiliev's ever-insane jumps drew big cheers from the crowd.) Vishneva went in another direction: Her pointe-shoe-less segment appeared to be inspired by F.L.O.W., the work Momix's Moses Pendleton choreographed for her "Beauty in Motion" program a few years ago. The original solo featured Vishneva twirling while wearing a cape of shimmering strands of beads. The opening ceremonies adaptation included a whole flock of dancers outfitted in these capes—Vishneva in the lead, of course—as music from Swan Lake played. While the effect wasn't exactly swan-like, it was totally mesmerizing.

Miss the broadcast, or just want to relive the magic? Click here for photos from the ceremony.