Melissa Hough's career is as dynamic as her dancing. After stints with Boston Ballet and Houston Ballet, Hough (our April/May 2011 cover star) joined the Norwegian National Ballet as a principal in 2013, and her dance card has been full ever since. She's turning heads as a choreographer, too. Her work Epic Short, commissioned for Norwegian National Ballet's 2017 Sleepless Beauty program, won Dance Europe magazine's Critic's Choice for Best Premiere that year and recently debuted at the 2018 Diaghilev P.S. Festival in St. Petersburg, Russia.

Hough is also juggling her dance and choreography career with motherhood, and has had an incredibly eventful year since returning to the stage last fall after the birth of her daughter. On April 6, she premieres a new ballet called Bout of the Imperfect Pearl for Norwegian National Ballet's Baroque Motion quadruple bill. Hough took a rehearsal break to talk to me about her busy season.

Here at Pointe, every day feels like World Ballet Day, though the official 2018 event took place on Tuesday. While WBD is a thrill for any bunhead, it can also be overwhelming. How are you supposed to sit in front of your computer all day when you have class and rehearsal and work and a life? We get it, and we're here to help.

To give you a chance to catch up, we've rounded up WBD videos from 26 companies. So grab some popcorn, a backlog of pointe shoes to sew, and settle in. If you start watching now, you might just be done in time for WBD 2019.

Keep reading...
If you like us online, you'll love us in print!
Ballet Stars
Gavin Larsen

As told to Gavin Larsen by Whitney Jensen

My first time dancing Petite Mort—or any ballet by Jiří Kylián—I was 17 and in the corps of Boston Ballet. I didn't know it then, but the stager, Roslyn Anderson, was nervous about me doing it because I was so young. I was super-naïve and had never seen the ballet before, but I just tried to listen to Roz and emulate what she was describing. She said that she knew I could do it when I applied every single one of her corrections after our first rehearsal.

Whitney Jensen on Instagram: “Next week in Den Haag! Lucky to dance with this ⭐️ @silashenriksen #petitemort @norwegiannationalballet”

One of the first things you notice about Ingrid Lorentzen is her laugh—the Norwegian National Ballet director exudes warmth. It's obvious why, in 2012, she was appointed for the job, despite the fact that she was a leading dancer at NNB with little management experience. But Lorentzen knew it wouldn't all be smooth sailing. "I started my first speech by telling the company: 'I'm going to disappoint you all,' " she remembers with a chuckle.

That lucidity, along with her open-minded philosophy, has contributed to lifting the profile of Norway's national company, founded in 1958. As director, Lorentzen has challenged her 65 dancers with boundary-pushing new productions, from Alexander Ekman's water-filled A Swan Lake to ballets based on Scandinavian plays. Programmers have taken notice: This creative vibe and NNB's close relationship with Jirˇří Kylián have led to a series of international engagements. 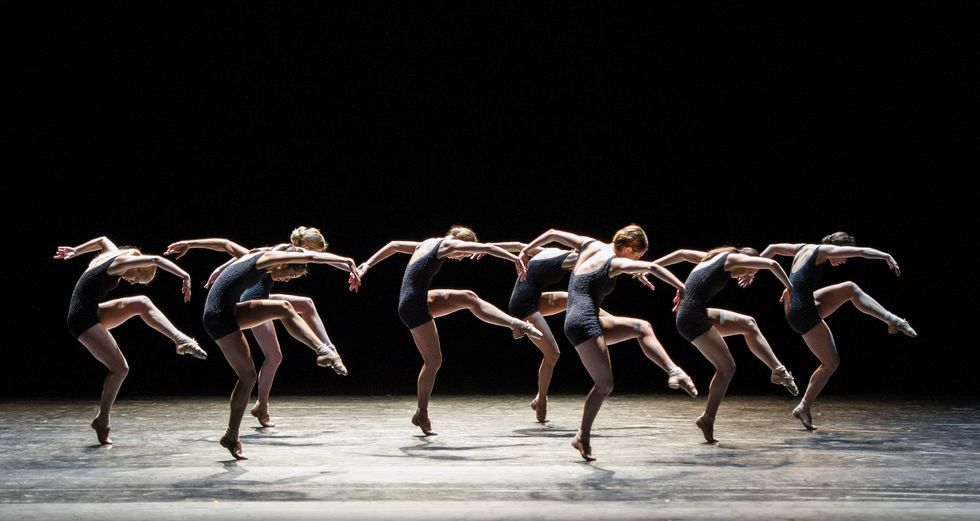 Whitney Jensen likes to pack light. "I take the bare minimum," says the Norwegian National Ballet dancer, who was a Boston Ballet principal until 2015. She often stores things in her dressing room, and it's a good thing, too—her blue Freitag backpack, made from recycled truck tarpaulin, is admittedly heavy. "But I like how the hardware looks, and it's great to travel with," she says. "I can put my computer in it." Jensen was inspired to buy the bag after friend and Boston Ballet dancer Seo Hye Han got one.

Now that Jensen's living in Oslo, there's one item she doubles up on. She keeps in touch with her friends back home through not one, but two phones: her American iPhone ("for when I have Wi-Fi," she says) and a Norwegian pay-as-you-go phone "for when I don't. I just fill it up with how much I need, so I can talk to people in the U.S. and Norway." 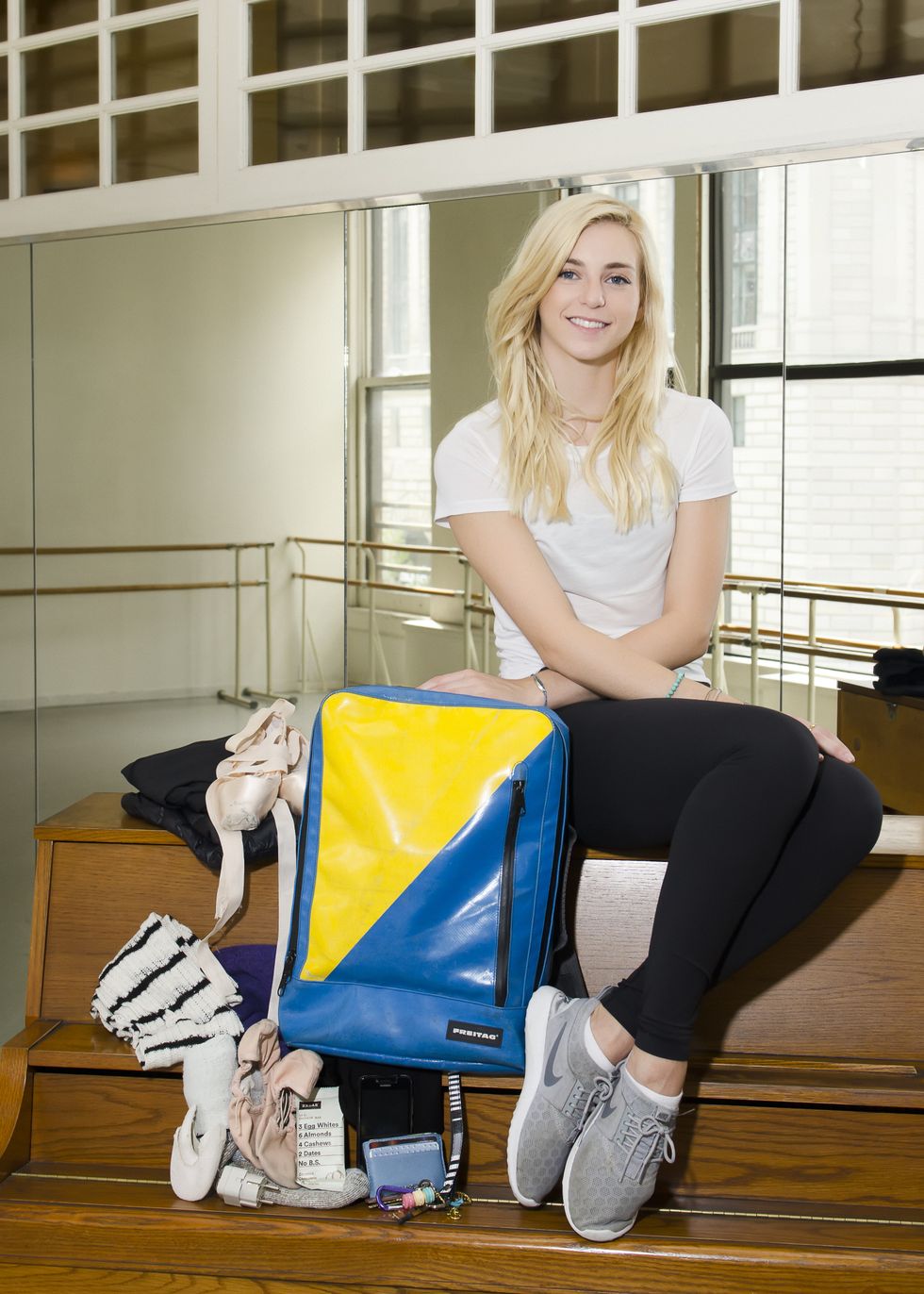 The European Difference: 4 Dancers on the Pros and Cons of a Career Abroad

When Holly Dorger arrived in Copenhagen to join the Royal Danish Ballet after graduating from the School of American Ballet, she was shocked by the unfamiliar. “We brought home cat food thinking it was canned tuna," she laughs, recollecting her first weeks among new surroundings. Nine years later, the principal dancer calls Copenhagen home, crediting Denmark and artistic director Nikolaj Hübbe for her success.

European dance companies typically offer secure contracts, better salaries and a varied repertoire. Yet for American dancers, understanding a new culture, adjusting to different company dynamics and getting used to European contemporary work can be challenging. Below, dancers from four European companies weigh in on what they've learned from moving abroad. 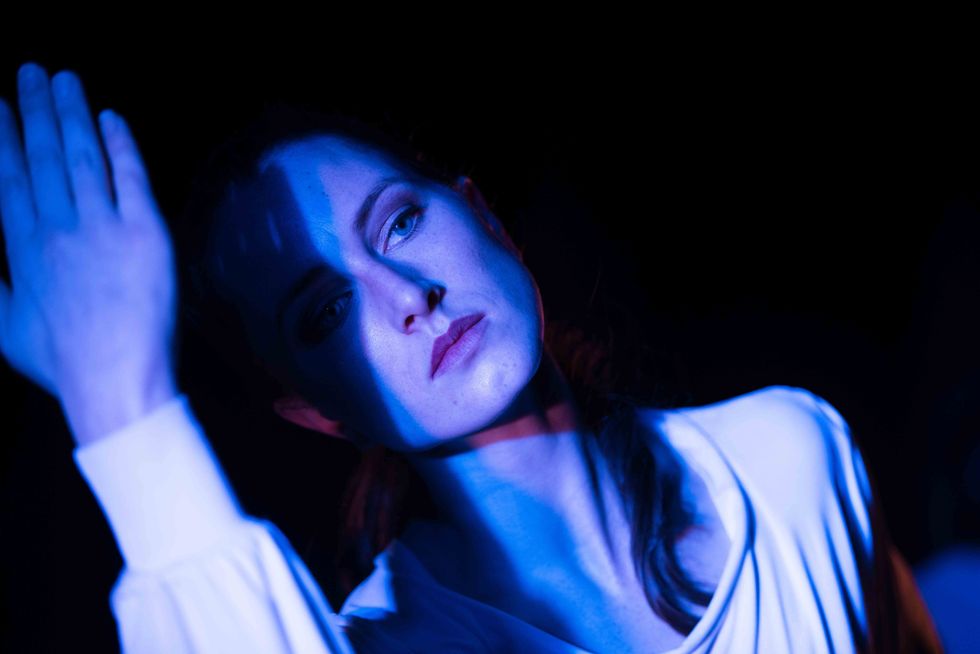 Whitney Jensen made a surprising move in 2015 when she left her principal contract at Boston Ballet without plans to join a new company. Some feared she would quit dancing. Instead, Jensen, now 24, took time to reflect on her next move. In February, she signed on as a dancer with Norwegian National Ballet, where she'll perform the lead in Balanchine's Theme and Variations on October 29. Pointe caught up with her to talk about her career move and how she's adjusting to life in Oslo.

You were in Boston Ballet for six years, your last season as a principal dancer. Why did you decide to leave?

A little bit before my last year there, I started having these feelings of “what's next?" We join companies with a goal to succeed and to get promoted, and then when you become a principal you're like, how do I maintain this growth? I think it's important to always feel like you're progressing. I was 17 when I joined Boston Ballet, so that's all I knew. I loved the company and the people there. But I felt it was time for me to take a breather and reflect on what I wanted and how I can progress in my own way—and not measure roles or promotions as success. So I left, without a job or a plan.

What did you do next?

I went home to Utah. I was teaching a little bit, taking class, giving myself class. But after about a month I realized that I wasn't in the right place to progress in the way I needed. My dad said, “You're young, take your time, you don't have to have everything figured out." That was a really important lesson. As dancers, everything's kind of mapped out for us—your schedule for the day is listed, you learn this ballet, you tour there, you go to galas. There's no “what are you going to do yourself?"

So I moved to New York for about 6 months. I took singing and acting lessons, I took ballet every single day, and I rented space after class to work on my own. I had some guestings lined up, so I would rehearse, or work on variations or improv, just to feel like I was moving.

What was it like to be on your own?

In a company you don't physically have a choice—you go to work and do your job. But when you don't have a job or a schedule, you have to be like, okay, this is what I need to do. It requires a lot more perseverance. But I was confident that whatever happened was meant to be and would work out. I learned so much. After about six months, I felt ready to be in a company again.

How did you land the job at Norwegian National Ballet?

I reached out to my friend Osiel Gouneo, who dances at Norwegian National, and he encouraged me to contact the director, Ingrid Lorentzen. I had inquired about auditioning there a few years ago, but they didn't have any openings—I figured they wouldn't this time, either. But within two days Ingrid responded and said, “When can you start?" So it really fell into place. I got my paperwork together and joined in February.

I'm so happy to get the opportunity to dance this ballet. I've wanted to for a long time! Lots of work to do but I'm enjoying it! #itscoming #balanchine #themeandvariations #repost @garrettsmithchoreography @operaen_
A video posted by Whitney Jensen (@whitneybugs) on Oct 6, 2016 at 9:57am PDT

One of the coolest things is the diversity of the dancers. We're on contract until we're 40, so we have older and younger dancers, as well as some amazing contemporary artists. The repertoire is also super diverse. This season we're doing a Paul Lightfoot/Sol León program, a Balanchine triple bill, a new Nutcracker, Alexander Eckman's A Swan Lake, Liam Scarlett's Carmen and Nureyev's Don Quixote. In Boston, it sometimes felt like we were separated into contemporary dancers and classical dancers. I always thought I could do both, but felt like I was put more in the contemporary box. In Norway, I'm more viewed as a classical dancer. But they see that I can do both, which is kind of nice.

Oslo is really clean and beautiful, especially in the summer—I've never seen anything quite like it. It has the midnight sun, which is gorgeous. (I haven't experienced the winter yet, which I'm a little nervous about.) It's a quieter, more reserved city, which I'm still adjusting to. Especially coming from Boston Ballet, where we would all hang out together outside work. In Europe, it feels like there's more of a work/life separation. It forces me to be more outgoing, though, so I still feel a sense of family. I also go to church here, which provides friends and community, as well. And my brother is moving to Paris to go to school, so I'll be able to visit him.

Although John Andresen is a dancer with the Norwegian National Ballet, his first love has always been photography. “I have been taking pictures longer than I have danced,” he says. “I wanted to go to a high school where I could study photography. My second choice was the state ballet school. I ended up there.”

When asked to do a project that would feature the men of the Royal Swedish Ballet a few years ago, Andresen came up with the idea of a calendar that would show off all the grace and agility of the company’s men. The first calendar featured the men flying through the air—in their underwear, as did the second. They were both huge successes in Sweden.

“My photos are very inspired by the famous Norwegian sculptor Gustav Vigeland,” says Andresen. Perhaps in spirit, but Vigeland’s monumental granite sculptures of human figures are the opposite of Andresen’s action-packed photographs of dancers in flight. The photos are staged in a dance studio, so there’s no worry about the hours of jumping needed to coordinate his carefully composed midair shots.

The 2006 American Ballet Theatre calendar, featuring Angel Corella, is his second with those dancers. But Andresen has no plans to stop. “I would love to do a calendar with The Royal Ballet in London and the Paris Opera—and Béjart Ballet in Lausanne….”