Lauren Anderson, a former star of Houston Ballet, broke down barriers when she became the company's first African American principal ballerina in 1990. It was with enormous strength, personality and passion that she earned this elusive rank, as well as critical praise and loyal fans. In these snippets from Harald Lander's Etudes, her spirited performance proves why she rose to the top.

It's a thrill to watch Anderson in Lander's masterpiece, which celebrates the traditions of classical technique. She brings extraordinary virtuosity to the lead female role. Anderson captivates the audience with her bravura, insuppressible smile and dramatic flair, like the high-flying entrance at 1:45. In the first solo, she shows her musicality and personality through details in the upper body, sailing through brisk turns with confidence. She has impressive attack, but still incorporates fluid, suspended movement. Anderson certainly pushes boundaries and she reminds us of the possibilities that the future of ballet holds. Happy #ThrowbackThursday!

Six Ballerinas Share the Quirkiest Item in Their Dance Bag

Dancers are famously resourceful and particular when it comes to the products that they keep around to get them through the day. And we all know where those items live: the dance bag. While most dance bags are filled with basics like leotards, pointe shoes, Therabands and granola bars, we rounded up some of the quirkier items that dancers carry with them to provide comfort, inspiration and organization.

These snippets come from longer stories on the contents of each ballerina's dance bag—click on each dancer's name for more. 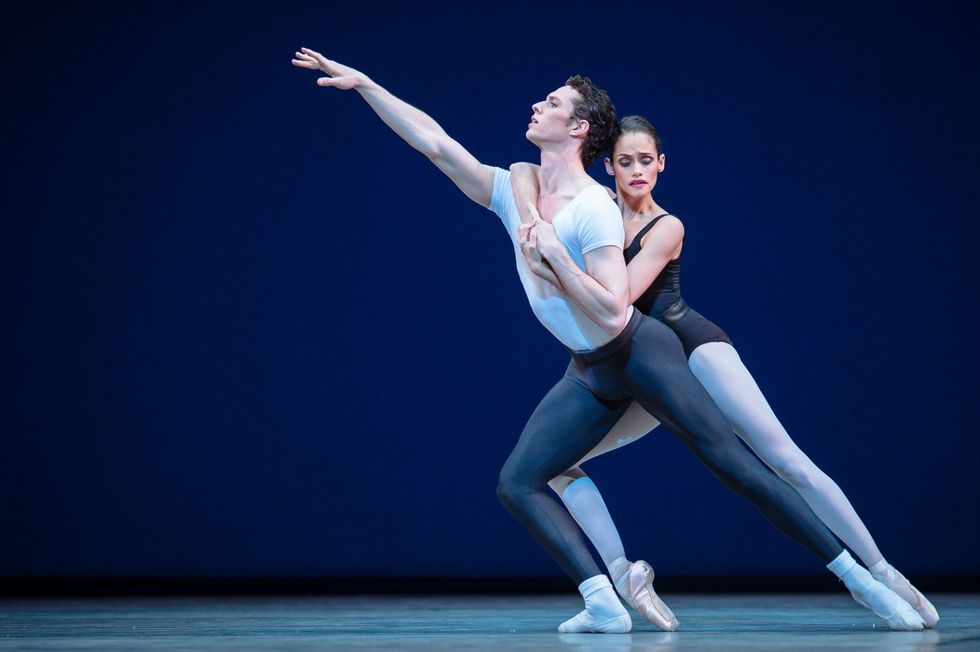 This National Ballet of Canada first soloist keeps a hand-carved wooden ballerina with her that her husband made in his high school woodworking class. After they married, Howard added her own little touch—a little rhinestone stuck onto the figurine's finger to mimic a ring. "They had to pick characters out of a book, and he chose the ballerina," she says. "It was so serendipitous! When I see this, I think about how that was years before we even met."

Keep reading...
If you like us online, you'll love us in print!
Ballet Stars
Amy Brandt

The '90s were an exciting time at Houston Ballet. Lauren Anderson, who became Houston's first African–American principal dancer in 1990, reigned as its queen of virtuosic technique; a few years later, a young Cuban wonder named Carlos Acosta joined the company and became one of her regular partners. The results were nothing less than explosive, as this clip of their Don Quixote pas de deux proves. Dancing at a brisk pace, they imbue the choreography with high-flying allégro, crisp energy and charismatic flair. Within a minute Acosta has Anderson in an overhead press (no biggie!). Later, she attacks her pirouettes with pointed musicality, slicing the air with a dramatic grand ronds de jambe.

In a recent interview with Pointe, Anderson talked about their partnership. "It was a little bit of a battle at first because he's strong and I'm strong," she said, adding that she had already been an established principal when Acosta, who is eight years younger than Anderson, joined the company. "But we found that there was chemistry there. And what was fun was that we were both heavy on the technique side, so we'd compete a bit onstage, especially when we'd get to the coda. As we'd each come out for our solos, we'd try to kick it up a notch." It's easy to see how much fun they're having here. Happy #TBT!

Lauren Anderson On Diversity, Legacy and Debbie Allen's Impact On Her Life

When I was a teenager, Lauren Anderson was my generation's Misty Copeland. The former Houston Ballet star made history as the company's first African American principal ballerina in 1990, and her partnership with Carlos Acosta thrilled audiences before he left Houston for The Royal Ballet. Since her retirement in 2006, she's had her hands full as Houston Ballet's program manager of community engagement—yet she still finds time to teach master classes around the world. On April 8­–12, Anderson will be headlining Debbie Allen Dance Academy's "DADA On Pointe" Ballet Intensive, including an exclusive talk-back with Allen on April 8. Anderson spoke with Pointe about the impact the Fame star had on her career, and how she's tried to pay it forward since.

Photo by Karyn Kipley for Pointe.

Nashville Ballet dancer Kayla Rowser is one organized woman—her teal Lug bag is full of compartments. “That's why I love it," says Rowser. “I need a pocket for every little thing so that I can easily get to the bottom of my bag during five-minute breaks." Her sturdy duffel houses everything from a day planner to trail mix to her favorite MAC lipstick. Rowser also keeps a Moleskine journal to jot down corrections she receives throughout the day. “It's a good way for me to check in with notes I've received from previous rehearsals and to see places where I can take more risks."

Rowser usually keeps a custom leotard by S-Curve Apparel & Design or Elevé Dancewear handy, too. “Both companies have been really wonderful about offering mesh that matches my skin tone," says Rowser, who also has her performance tights custom dyed. “I switched to tan tights two or three years ago," she says. “I remember seeing Houston Ballet's Lauren Anderson on the cover of Dance Magazine, and it was the first time I ever saw a dancer in tan tights." Anderson is still a source of inspiration for Rowser. “She wrote to me the first time I danced Sugar Plum to wish me good luck," she says, adding that she keeps a copy of that letter with her at all times.