Onstage This Week: ABT Fall Season Opens, NBoC Tours to Russia for the First Time, and Much More!

Fresh off the heels of its Joyce Ballet Festival performances in New York, BalletX is launching its Summer Series with a trio of world premieres on July 11. The program, which runs through July 22 at The Wilma Theater in Philadelphia, features ballets by Penny Saunders, choreographer in residence for Grand Rapids Ballet; Andrew McNicol, BalletX's 2018 choreographic fellow; and Matthew Neenan, BalletX co-founder and company choreographer. Pennsylvania Ballet principal pianist Martha Koeneman will perform Mendelssohn's Songs without Words live for Neenan's work, which shows dancers attempting to solve a mysterious puzzle onstage. McNicol is inspired by Mozart's Requiem and his appreciation of the speed and athleticism of American dance. Saunders' piece will be accompanied by an original composition by Rosie Langabeer, a Philadelphia composer originally from New Zealand. Listen to the pair discuss the collaboration in the video below.

James Sofranko, longtime San Francisco Ballet soloist, will succeed Patricia Barker as Grand Rapids Ballet's new artistic director, effective July 1. Sofranko topped a list of 40 applicants from around the world to become only the fifth artistic director in GRB's 47-year history. The 38-year-old will continue his work with SFDanceworks, the Bay Area contemporary ballet company that he founded in 2014. Pointe spoke with Sofranko about his transition.

Had you been actively seeking an artistic directorship?

In a way. I had applied to two other places before to sort of test the waters. With my career at SFB nearing the end, I began thinking about it more and got excited about what I could potentially bring to a company such as Grand Rapids Ballet. 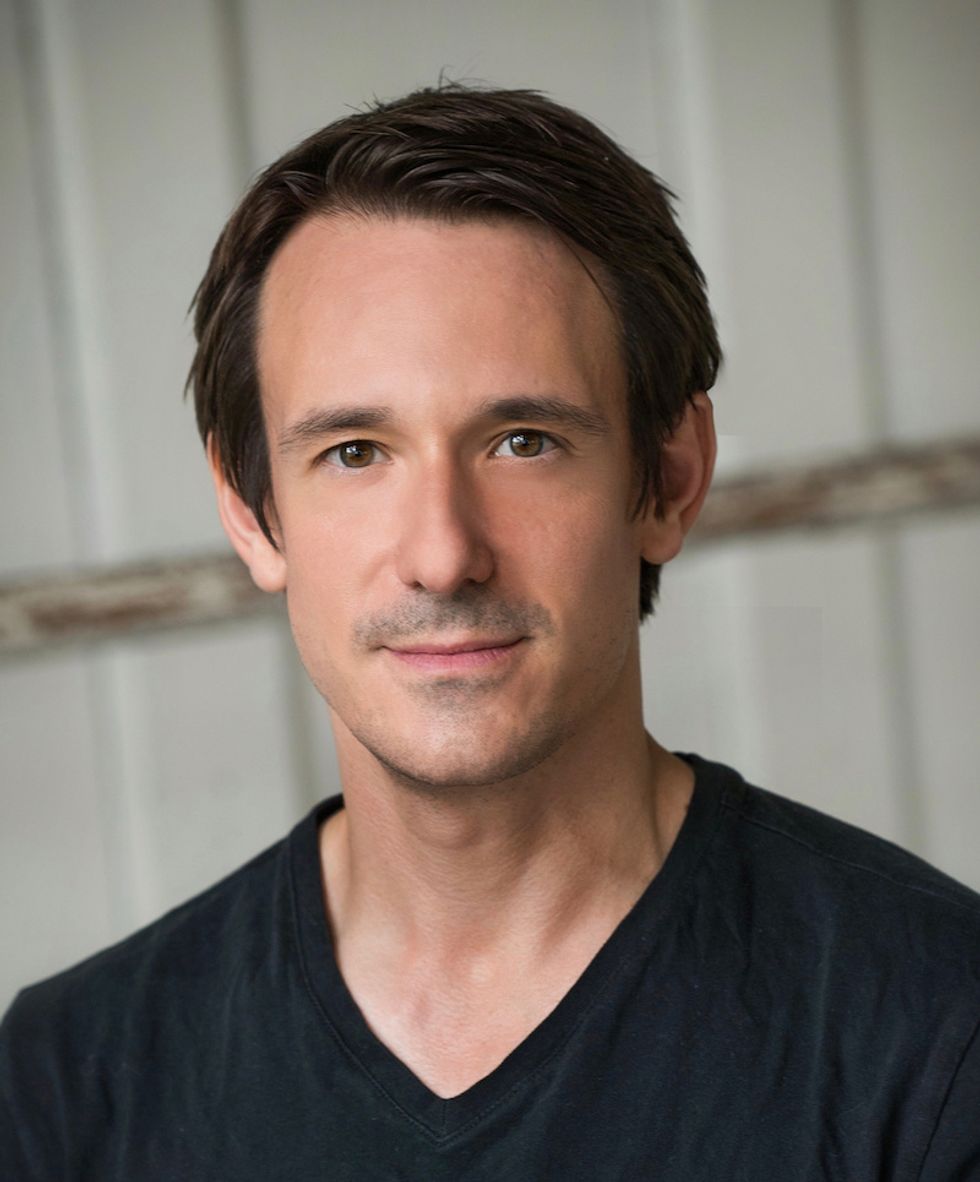 December is here and the holiday season—better known to ballet dancers as Nutcracker season—is in full swing. To celebrate, we're throwing it back to Patricia Barker and Wade Walthall as Clara and the prince in Pacific Northwest Ballet's 1986 Nutcracker: The Motion Picture.

In this reimagining of the ballet by PNB founding artistic director Kent Stowell and famed writer and illustrator Maurice Sendak, young Clara (played by Vanessa Sharp) defeats the multi-headed mouse king all on her own with a well-aimed, enchanted pointe shoe. She then follows her Nutcracker inside the shell of the mouse king's armor and ventures into an icy cavern. There she is transformed into an older version of herself, played by Patricia Barker. Clara emerges from the cavern to find that her Nutcracker has transformed as well, from a toy caricature into a handsome, mustachioed prince.

Cautiously, Clara takes the prince's hand. That is when the real enchantment begins. At 2:20 Barker dives into a penché arabesque that is far more dazzling than any cinematic effect. Long-limbed and fresh-faced, Barker captures Clara's innocence even as an adult. She soars across the stage in Walthall's arms, her nightgown billowing in the cold night air. An endless swirl of movement, this pas de deux blurs the distinction between reality and fantasy for the audience. Although Stowell and Sendak's Nutcracker retired from PNB's repertory in 2014, this film ensures that their unique version of the classic can still be enjoyed year after year. Happy #ThrowbackThursday!
Everything Nutcracker
Rachel Hellwig

Nutcracker-ed out? Or just can't get enough holiday ballets? These unique Nutcracker interpretations and non-Nutcracker productions will make your season bright.

In the latest round of "artistic director musical chairs," Royal New Zealand Ballet has announced major news: Patricia Barker has been named the company's new artistic director. Later this month, she'll replace Francesco Ventriglia. The company's first production under Barker, however, will be Ventriglia's brand-new Romeo and Juliet in August.

The 2016 Stars of the Corps: 10 Young Dancers Turning Heads

Every corps de ballet has a few bright standouts. Here are 10 young dancers on the rise. 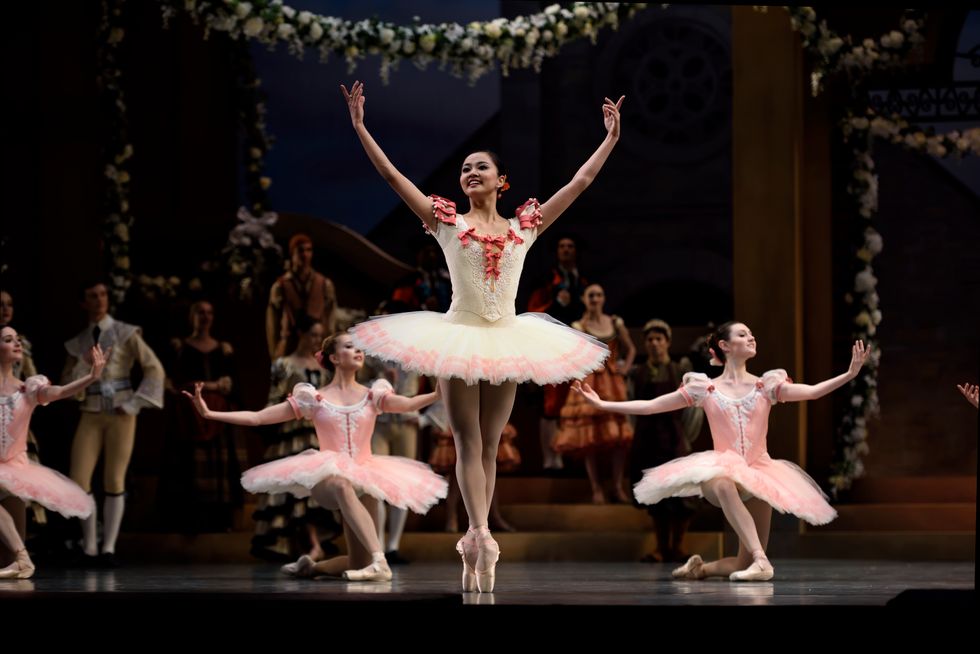 Norika Matsuyama recently finished her second year in San Francisco Ballet's corps, but her repertoire already looks like a veteran soloist's: Cupid in Don Quixote, a solo Wili and Shade, Balanchine's Theme and Variations and Forsythe's Vertiginous Thrill of Exactitude. She capped off the 2016 season with her debut as Olga in John Cranko's Onegin, one of her dream roles.

For someone so accomplished, the 22-year-old is exceptionally humble. “I never expected I would get to do these roles," she says. “When I saw my name on the rehearsal schedule for Olga, I was so excited. I'm super-grateful."

Keep reading...
Check out our videos on YouTube
Steve Sucato

Grand Rapids Renaissance: In Four Years Patricia Barker Has Rebuilt The Repertoire and Reinvigorated The Company

Underneath Grand Rapids Ballet artistic director Patricia Barker's million-watt smile lies an unyielding determination to realize her artistic visions. So when friend Maurice Sendak, author of Where the Wild Things Are, unexpectedly died before he could introduce her to fellow author Chris Van Allsburg (The Polar Express and Jumanji), Barker took it upon herself to visit Van Allsburg's Massachusetts home to convince the Grand Rapids native to help design GRB's newNutcracker production. When Van Allsburg was reluctant to venture down that well-traveled road, Barker convinced him otherwise. The resulting 2014 premiere proved a seminal moment in the company's history.

In With the New: Grand Rapids Ballet Debuts a New "Nutcracker"

Official sketch of Drosselmeyer by Chris Van Allsburg. Courtesy of the artist.