In the Director's Chair: Summer Layoffs Give These Dancers a Chance to Hone Their Leadership Skills

The off-season may mean rest and relaxation for some, but these pros see it as an opportunity to dive into their own projects. The results of their efforts—a multi-day festival, an international tour and an outdoor performance series—reflect the various ways that dancers challenge themselves in leadership roles outside of the studio. They're finding new avenues to explore their artistry, expand their skills and bring ballet to different communities.

Jill Marlow first became involved with the Kansas City Dance Festival when fellow company members Logan Pachciarz and recently retired Anthony Krutzkamp founded it in 2012. The festival allows dancers from multiple companies, such as Cincinnati Ballet and Nashville Ballet, to come together for two days of performances.

"Our mission is to integrate dancers from different companies with KCB dancers in order to promote work that isn't often performed in Kansas City," Marlow says. The three use their personal connections with dancers and choreographers to help determine the repertoire and who gets to perform.

As general manager, Marlow deals with fundraising, advertising and coordinating travel and contracts for the performers. It's a concerted team effort that Marlow admits was scary and difficult the first year. "You don't learn these things in a dance studio," she says. But she's since become a master at logistical organizing, with newly honed marketing skills and greater confidence approaching potential donors.

Marlow and her co-artistic directors have huge plans for the festival's future, including a lecture series and expanded educational outreach. "We'd also like the festival to be longer than two days since it's a great experience for everyone involved." 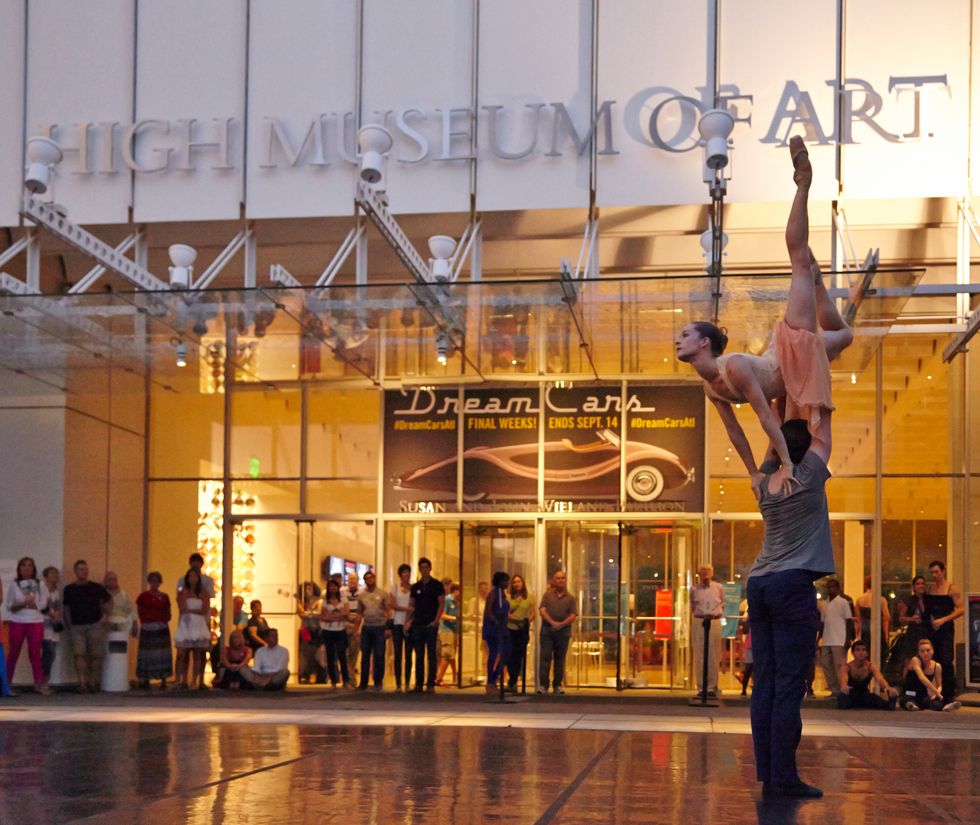 Atlanta Ballet dancer John Welker conceived of his Wabi Sabi program as a way to offer AB dancers a summer gig. The name comes from a Japanese concept about the beauty of the natural world, and to that end, all performances are held outside or in untraditional spaces. "The performers are right on top of the audience," says Welker. "They see their reactions and their energy."

The project has a clear set of goals, in addition to offering summer employment: Create new works by young choreographers and introduce dance and ballet to new audiences. Welker notes that keeping the program within the Atlanta Ballet family has been advantageous. "It works with our schedule and I know the dancers really well," he says.

Wabi Sabi's choreographers and dancers have access to AB's production and administrative departments, but Welker books the shows, helps to select the choreographers and casts the dancers. While time management was tough for him at first, he admits that the link with AB takes some of the operational pressure off.

Welker hopes to expand Wabi Sabi into full-time summer employment, but he wants to make sure the unique elements of the performances are kept intact. "If we tour, that usually means performing in venues. I want to find places that speak to the uniqueness of what we present."

Boston Ballet second soloist Altan Dugaraa wants nothing less than to change the face of ballet in his home country of Mongolia. He established the Mongolian Ballet Development Foundation in 2011, and every summer leads a series of tours to the country. "I want to inspire Mongolian dancers," he says. "There's a lot of work to be done there."

Dugaraa, who frequently performs on the international gala circuit, uses his extensive personal contacts to invite guest stars and small touring groups from around the world to perform for Mongolian audiences. So far, he's featured performers from Cincinnati Ballet, the Ballet Nacional de Cuba, the National Ballet of Canada and the Hamburg Ballet, as well as Boston Ballet.

This summer, his group will perform a new work by BB principal Jeffrey Cirio, with plans to tour Mongolia for two weeks, as well as perform in Japan. "Organizing a tour uses your brain in a different way," he says. "It's hard, but performing onstage makes me used to high-pressure situations."

Dugaraa's dedication to promoting ballet in Asia doesn't stop with touring and master classes. "I want to create a dance center," he says, which he hopes will act as a major regional resource.