A Make or Break Summer: How to Strategize Intensive Auditions When You Want a Contract

By the time Washington Ballet dancer Andile Ndlovu was finishing his training in South Africa, he faced a risky decision. After attending a ballet competition in 2008, he received summer-intensive scholarship offers from The Washington School of Ballet and Dance Theatre of Harlem. But choosing between schools would determine more than his summer plans. The right intensive might lead to acceptance into a professional-level training program at summer's end, whereas walking away empty-handed would mean going back home, to begin again.

Many dancers on the cusp of graduation can relate. Summer intensives often serve as a lengthy audition process for year-round opportunities, a gateway to traineeships or second-company contracts that bridge the gap between student and professional. But choosing a summer program essentially means committing to a company school—before it's committed to you. If you're researching summer programs and know you want to move into a more professional sphere by summer's end, here's how to ensure that you're making a smart, career-minded decision. 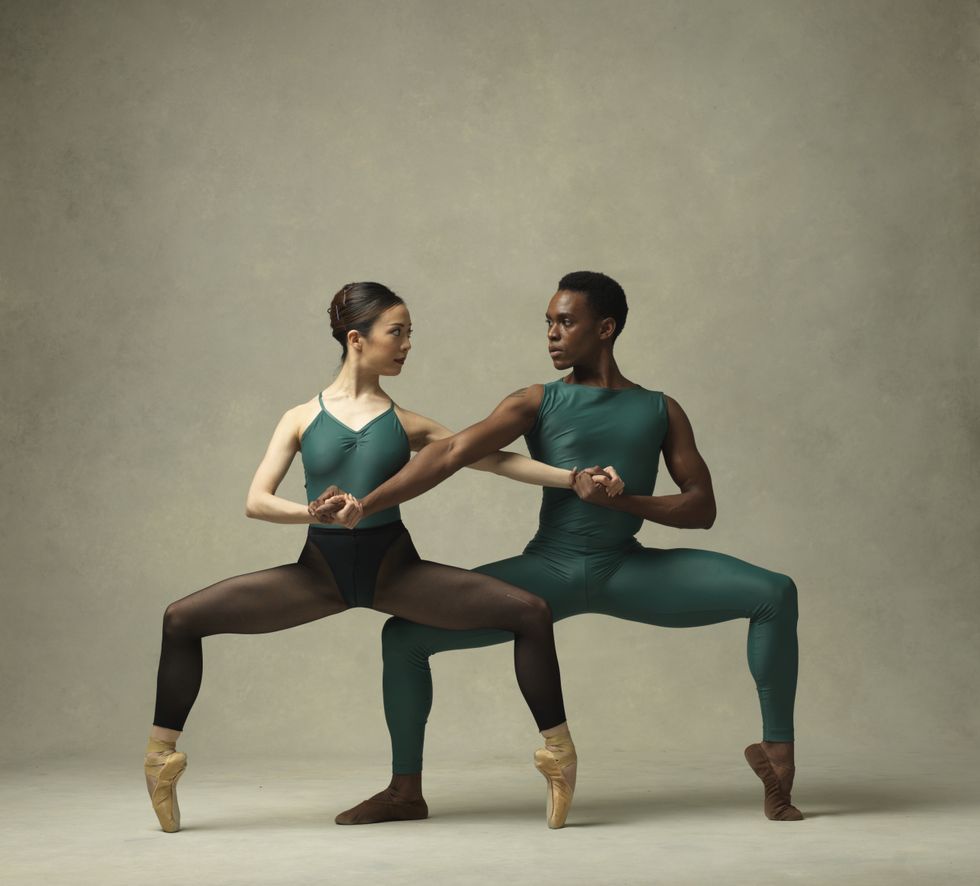 When prioritizing which intensives to audition for, start with schools affiliated with dream companies. But it's also important to investigate other options and to be very realistic about where you'd be happy day to day. “You have to take away the name brand and take a really close look at the company, at the people, at the repertoire," says San Francisco Ballet corps de ballet dancer Isabella DeVivo, who received a traineeship through SFB's summer program in 2012. “I liked how broad the rep was here."

You also want to understand what year-round opportunities are available in each location. Trainee and second-company programs vary widely, and it's important to know exactly what is offered (such as classes, performance opportunities with the company and living stipends) and how many students are accepted. You can likely find plenty of initial information online. Darleen Callaghan, school director at Miami City Ballet, says it's also okay to contact the school with additional questions prior to your audition.

Take past experiences at summer intensives or school visits into consideration, too, paying close attention to the level of interest you received. For instance, an overwhelming amount of corrections could signal that “teachers are interested in working with you and are assessing how much you are willing to change as a dancer," says Peter Boal, artistic director of Pacific Northwest Ballet. The company selects some students for PNB School's Professional Division during the summer. For DeVivo, these hints came in the form of teachers occasionally asking her to demonstrate at a previous SFB intensive. And while it won't guarantee a contract, familiarity can work in your favor. “I know the kids spending their fourth summer with us," says Boal. “That's a great vote of confidence in us, and it means something."

In the audition room, you're not the only one with yearlong opportunities in mind. The directors have their eyes open, too, so it can't hurt to convey your interest. “Especially if you're at the age where you want future employment, you should identify yourself," Boal says. Rolando Yanes, director of Milwaukee Ballet School and its affiliated Milwaukee Ballet II, agrees: “It's good for them—we start looking at them with a different eye."

Callaghan recommends mentioning your interest to the audition administrator during registration, who may make a note of it on your forms. In some cases, this may also be an opportunity to speak with the adjudicator firsthand. After the audition, it's okay to politely ask about your chances of a traineeship or second-company contract. You'll probably hear some variation of “maybe," but you can at least gauge the adjudicator's level of interest. “If there's one I'm strongly considering, I'll tell them then and there," says Boal. If the student doesn't seem ready, he continues, “I would say: 'At this point I can see it as a possibility, contingent on you gaining strength,' or, 'You were dancing behind the music on this part of the audition.' It's helpful to get it out there." After DeVivo's audition, the adjudicator brought up the possibility of a trainee position before she asked, which she took as a strong sign. 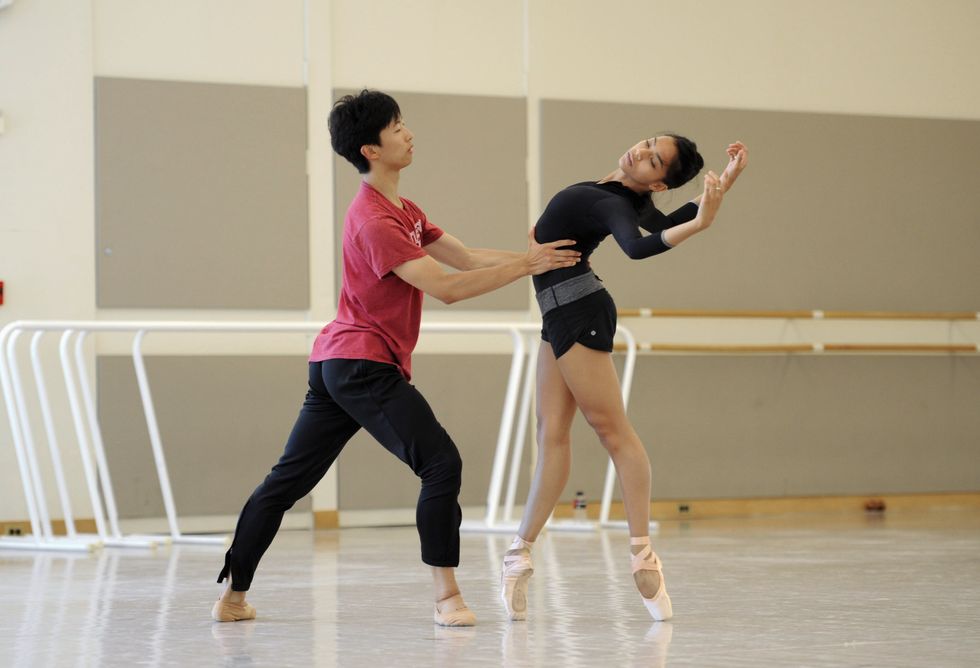 With acceptance letters in hand, it's time to evaluate which summer intensives might lead to a contract. Once you've assessed the level of interest of each program through a combination of past experience, audition interactions and the amount of merit scholarships you've received, the decision comes down to finding a balance between your own aspirations and your chances of a contract.

First, talk with your teacher and consider whether you can realistically see a future in each location. “Get as much information as possible," says Callaghan. “Ask: What are the odds of getting into that professional company long-term? What's the turnover in the company? How many do they take? What's the cost of living?" Now is the time to contact the school with any questions. “A student is always welcome to call and say that they are very interested in the trainee program or second company and ask what are the chances and when is the decision made," Callaghan adds.

If your dream company's school seems only mildly interested while a smaller, company-affiliated program is offering you a full scholarship, your decision will be a very personal one. “Sometimes there's the misconception that if you get into Harvard you should go," says Boal. “But maybe it's not the best choice for you. Maybe it's too big or too competitive." Callaghan concurs: “Even if you dream of dancing with a larger company, sometimes getting into a smaller company is a good first job," she says. 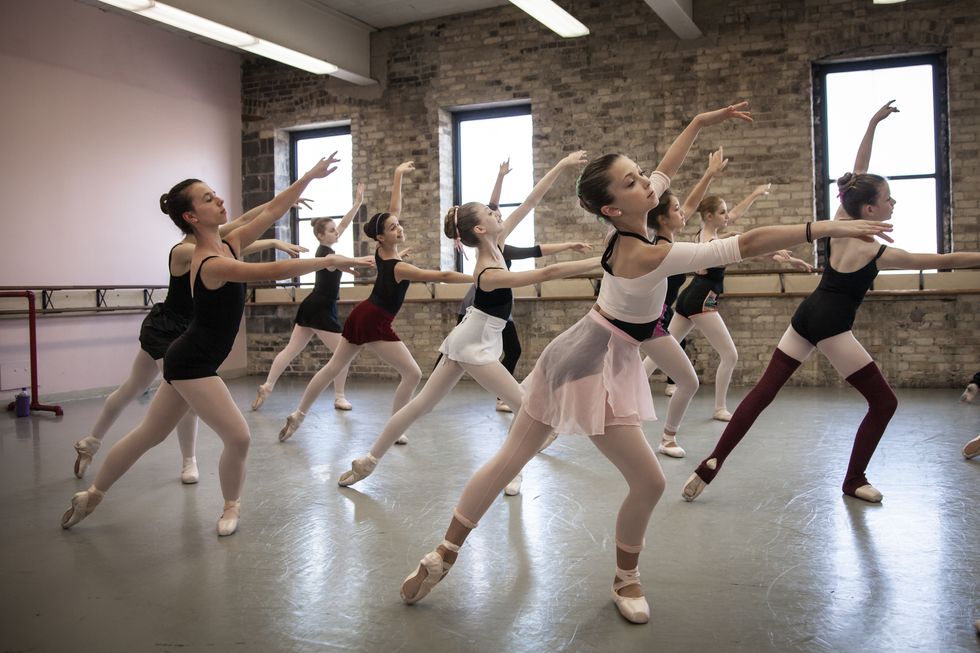 For Ndlovu, The Washington School of Ballet's intensive was the answer, with his sights set on receiving a Studio Company contract at summer's end. “I felt like it offered more stability for me as a young dancer getting into the art form," he says. This was of particular interest to him, considering the international technicalities and paperwork involved.

But also know that choosing one program doesn't mean you've burnt every other bridge. Be sure to maintain relationships with those you choose not to attend by sending a thank-you note. “It's a gracious way for young people to acknowledge that they understand what was offered to them," says Callaghan, who especially loves the handwritten notes she receives in the mail. That way, if you happen to walk away from your chosen intensive empty-handed, you have places to turn. In this instance, Callaghan recommends calling the other schools and expressing interest in their professional training opportunities. “I get those kinds of calls all the time, and it's okay."

Yanes agrees: “Most of the schools that I know, including ours, are pretty open. If a dancer cannot come to our summer intensive, we encourage them to send videos to us, or they can always go to the company audition, where we choose some members of the second company."

While choosing the right summer program can be nerve-racking, especially with so much of your future at stake, Ndlovu says the key is communication. “You don't have to beg for your opportunity—it will come at the right time," he says. “But you have to keep talking and asking questions."

Related Articles From Your Site
Related Articles Around the Web
summer training career intensive audition professional
If you like us online, you'll love us in print!
Instagram
Pointe Magazine