While both based in New York City, American Ballet Theatre and New York City Ballet are very different companies, from their touring schedules to their repertoire and training styles. Nevertheless, two principals—ABT's Stella Abrera and NYCB's Maria Kowroski—have sustained a long-lasting friendship "across the plaza" of Lincoln Center. Both Abrera and Kowroski entered their respective companies in the mid-1990s at age 17, and their careers have run side by side ever since.

Tonight, for the first time ever, these two primas, joined by their colleagues Isabella Boylston and Unity Phelan, will perform together in a new work by Gemma Bond titled Marie Thérèse, presented as part of the annual Dance Against Cancer benefit concert. We caught up with Abrera and Kowroski after a recent rehearsal with Bond to hear what it's like to finally dance together, how they've seen the ballet world change throughout the years, and what advice they'd give to their younger selves.

How did you first get to know each other?

Stella Abrera: Social gatherings between NYCB and ABT people.

Maria Kowroski: And we would often catch each other at David Howard's class. 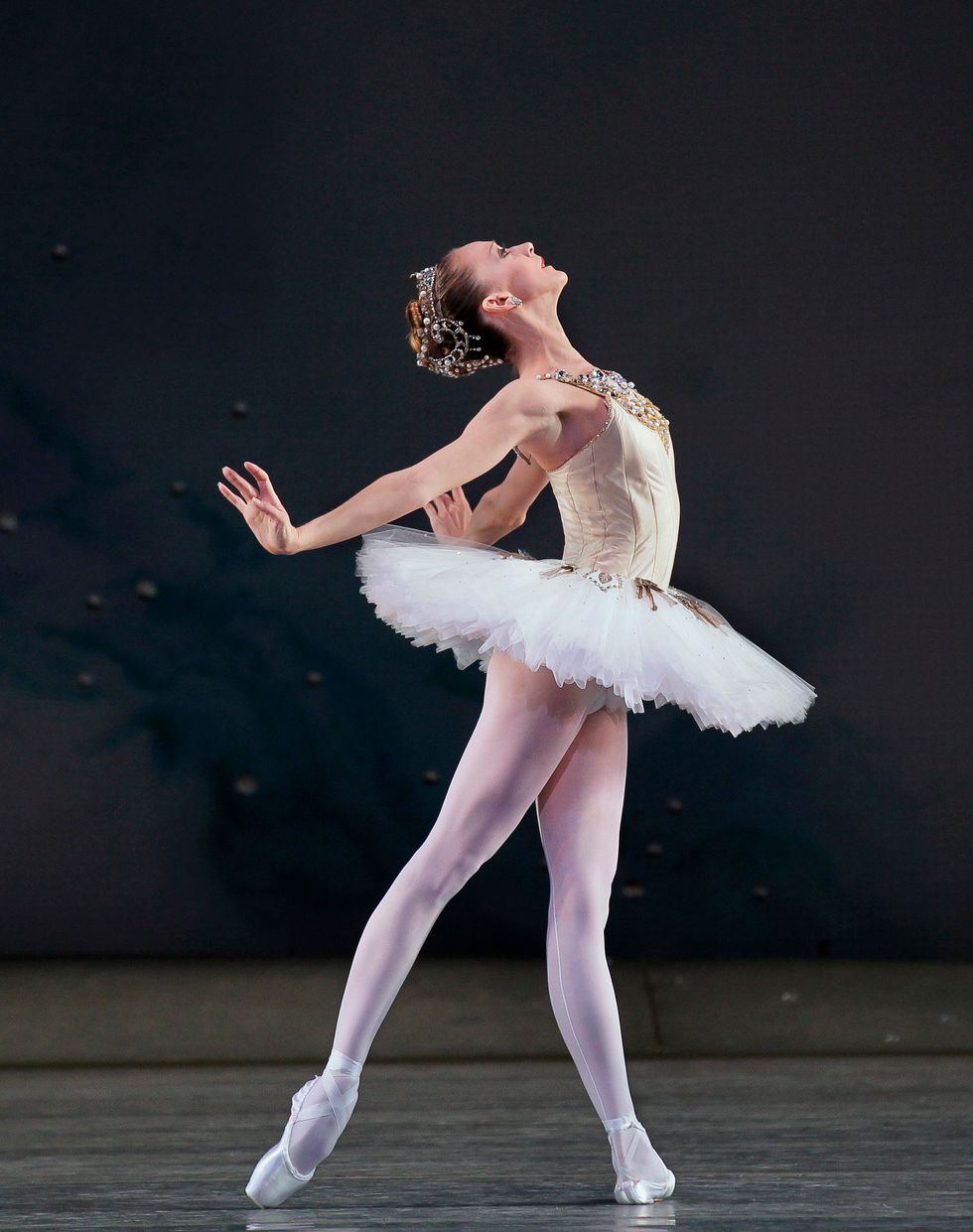 How has your relationship grown throughout the years?

SA: We both were separately very involved in our own careers. But after David's class we started to hang out a little bit more, and then we started to have gal-pal dates.

MK: We bond over the fact that we're both older in each company, and can compare our separate but similar experiences and challenges.

You joined your respective companies around the same time. Are there specific ways that your careers have paralleled each other?

MK: Probably more of the same experience within the company in terms of watching the changes. It just keeps evolving; you're there, but the company has changed so much from when you're a young person.

MK: But as far as our careers we definitely had different paths. At the beginning of my career I had blinders on; everything was happening very quickly for me. But we've bonded over injuries; we've both had our share.

SA: It helps to have someone to commiserate with, but also to have someone who can have a sense of humor about all the different trials and tribulations and joys. We can both relate to each other really well because we're going through similar things in each of our respective companies.

MK: My generation has kind of left, so I don't really have people my age in the company anymore. It's nice to have somebody you've known for a long time to talk to. If we're both performing, even if she's in California and I'm in New York, we're still texting and supporting each other from afar, which has been really helpful.

Maria Kowroski on Instagram: “First collaboration with both these lovely ladies and what fun to be in a studio with them... #luckylady Repost @stellaabreradetsky with…”

What does it feel like to finally dance together?

MK: When you respect someone so much, all three of these dancers, to be in a room together has just been so fun.

SA: I completely agree. Sometimes we go in the same group in class together, and that's always been a fun kind of novelty for us.

ABT and NYCB are such different companies. What is the relationship between them?

MK: It's definitely different now than in the past. I think there are more friendships between the two and more support "across the plaza," as we say. We all go support each other if we're not performing. We know how hard we all work, and especially at this point in our careers we're trying to really...

SA: ...savor every moment. Also, each company does repertoire that is different from what we usually do, so it's really cool to just admire what each company's strengths are.

MK: It almost makes it easier to not know the repertoire. You can just watch and not have any judgement because you don't do those ballets. 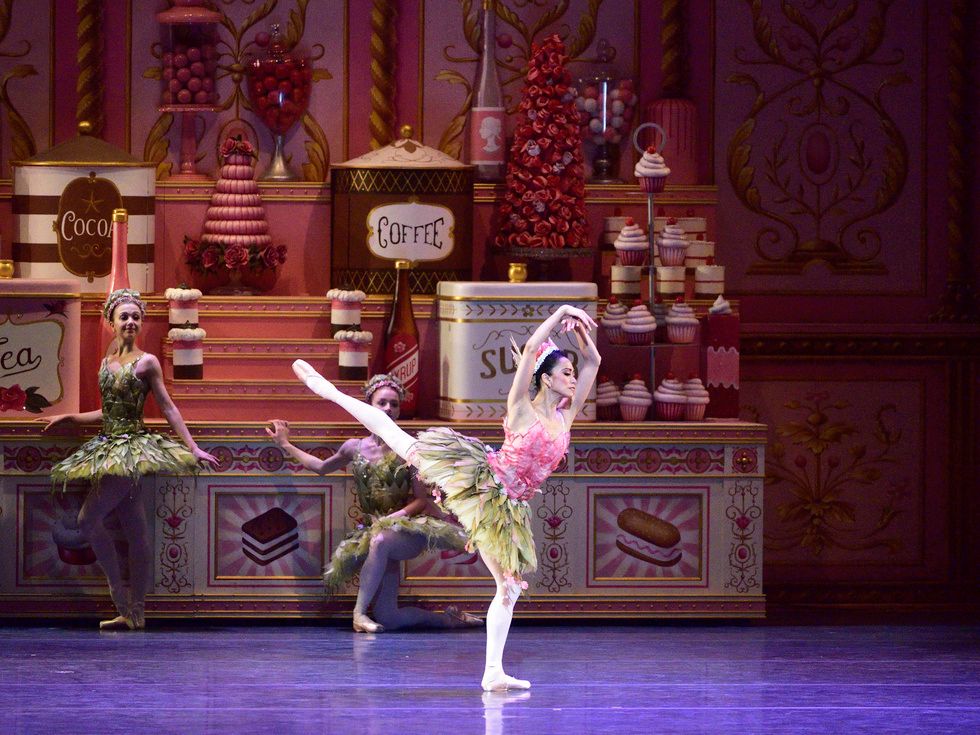 What are your connections to Dance Against Cancer?

MK: I started the very first year. DAC co-founder Erin Fogarty knew that I had lost my mom to cancer, and unfortunately since then I've lost a lot of people to cancer, so each year it means more and more to me. It's always a very emotional evening. I'll support it forever, as long as I'm dancing and even when I'm not.

SA: I haven't had the opportunity to be involved for as long, but I think every single person unfortunately has been touched by this awful disease, so I'll do anything I can to help support the research that the American Cancer Society does. It's always the most moving evening; there's joy, but there's also a heaviness to it, so it's nice that we can all congregate together and join forces.

What are some of the specific ways that you've seen your companies change throughout the years?

SA: Female choreographers are definitely being talked about more now. I grew up in the company dancing Twyla Tharp, Martha Graham and Agnes de Mille, those women who forged the way, but now there's been a pledge by ABT to commission at least three works created by female choreographers per season, and there's definitely been a shift in mindset. Now when dancers are in the studio they might look at the choreographer and think, "Oh, I could potentially be the one creating on these dancers!" Just like Gemma Bond did, and she has been encouraged and supported by everyone around her.

MK: I don't want to say that I'm old school, but it does feel like there's been a definite change in the company with more access to different things, particularly social media. Sometimes I think it's a good thing and sometimes I don't.

Dance Against Cancer on Instagram: “In celebration of fabulous female power, this #internationalwomensday we're thrilled to make the first official dancer announcement for our…”

From the outside, it seems like social media has really opened up the ballet world. Do you think it affects the way that people work in the studio?

MK: For the first 15 years of my career, all of the confidence I had to find was from within; it was never from any outside source. The difference now is you can go on social media and say something, and hundreds of people will say "No, you're amazing," and that does help.

SA: It's an interesting balance; we still have to have the ballet world be intriguing and mysterious, and yet it's really great to include a broader spectrum of demographics to make it more accessible, and to keep it alive and relevant and interesting to younger generations. When we grew up I was admiring ballerinas like Margot Fonteyn on a total pedestal; they had this great mystique and glorious beauty. Now the shift is to deconstruct it all, and show the backstage and the grit and blood and sweat.

Do you think that the flip side of this openness leads to a greater emphasis on self care?

MK: It might help younger dancers to know that it's not as easy as it looks. The maintenance that we have to do, and the physical therapy... it's not just going into a studio and taking class and being amazing onstage. There's a process. Like when I was looking up to Sylvie Guillem, I'd think she didn't have any problems, everything looked so easy for her, but we didn't know what was going on behind the scenes, and she didn't show us. I think seeing it all now reassures a lot of people, and humbles the dancers.

What advice would you give to your 17-year-old selves?

SA: You kind of have to find your own way. I almost wish I had the same kind of fearlessness that my 17-year-old self had, but over the 23 years I've learned a lot.

MK: I feel like I was really naïve when I first got in, but I was fearless. You have to try to keep that focus and not let anyone or any review affect you. When I was 17 I remember thinking okay, I'm just going to do this and I'm not going to think about what anybody else thinks. But along the way there were lots of people, reviews, company members, filling in that insecure place. My advice is just to stay strong and do what you have to to keep yourself grounded, whether that's therapy, writing in a journal or meditating.

SA: Self doubt can play a big role during those years when you're trying to find your own way as a dancer and an artist.