Stella Abrera in Romeo and Juliet. John Grigaitis, Courtesy ABT.

This American Ballet Theatre principal has jump training down to a science. 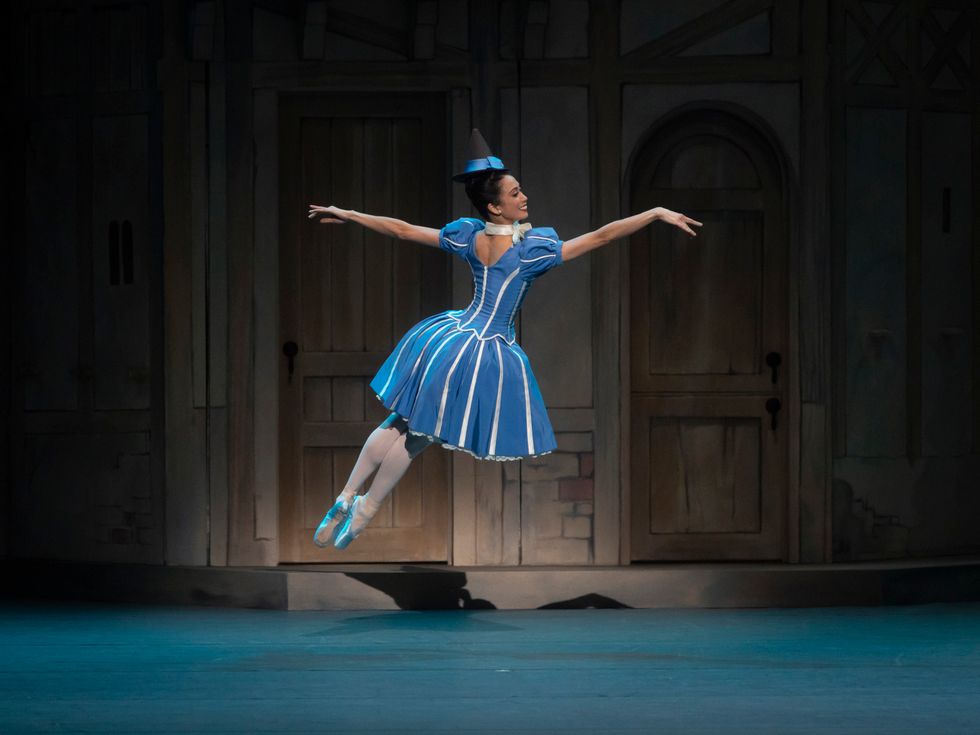 If you're preparing for a role with a lot of jumping, consider stealing a page from Stella Abrera's cross-training regimen. The American Ballet Theatre principal focuses on agility the month leading up to allegro-heavy performances. "I start off easily, with low reps and low intensity," she says, adding difficulty as the weeks go on. To warm up, she alternates five minutes on the elliptical with one minute of jumping rope to build stamina. Then, she draws an imaginary line on the ground and repeatedly hops over it in parallel, side to side and front to back.

"To target the upper leg and help strengthen takeoff and landing, I do box jumps," says Abrera. She'll do 10 reps of the following: from a small, parallel second position, she jumps onto a foot-tall wooden box—"taller if I'm getting stronger"—holds the deep plié landing there for a few seconds, then steps down to avoid the impact of hopping off the box. She incorporates the series into a circuit of exercises, which she switches up depending on the other areas she's conditioning that day. "I have quite an arsenal, a variety of exercises, that I use to target body parts that need extra strengthening or engagement." 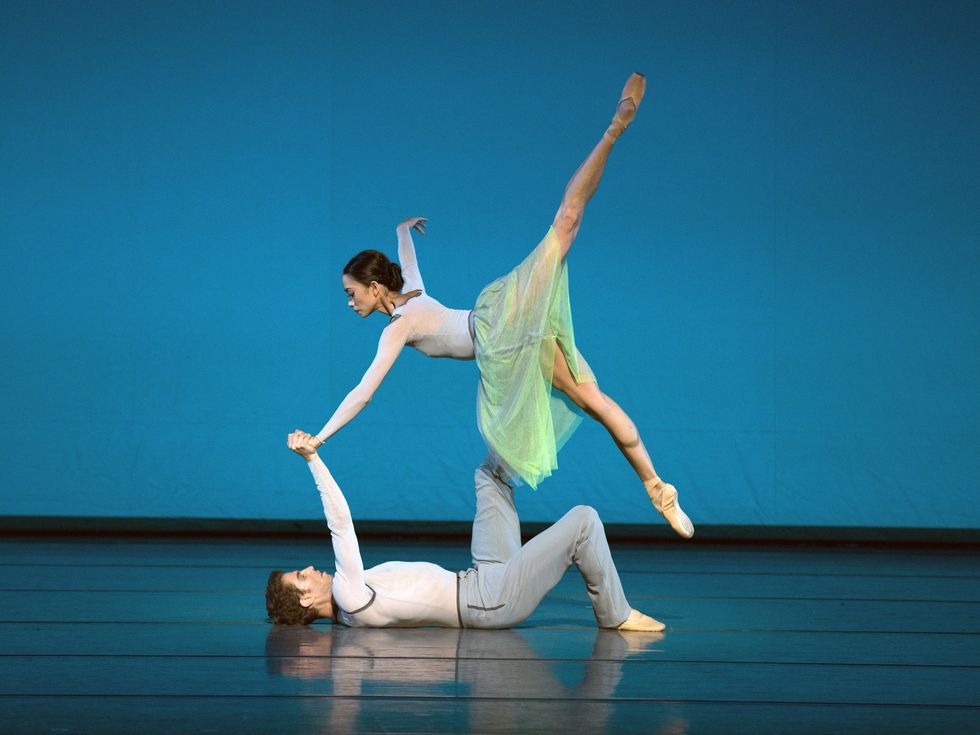 Abrera with James Whiteside in Jessica Lang's Her Notes. Rosalie O'Connor, Courtesy ABT.

Strong abdominals are integral to Abrera's dancing, especially after she suffered a serious back injury 10 years ago. "I do a core stabilization workout almost every day," she says, mentioning a physio ball as her go-to prop. From a plank position with her hands on the floor and feet on the ball, she does exercises like piking up with straight legs or drawing her knees toward her chest to strengthen her abs and the front of her body.

On the Flip Side

Abrera also uses the physio ball to condition her back, hamstrings and glutes. She'll lie on her back, rest her calves and ankles on the ball, and lift into a series of bridge variations. 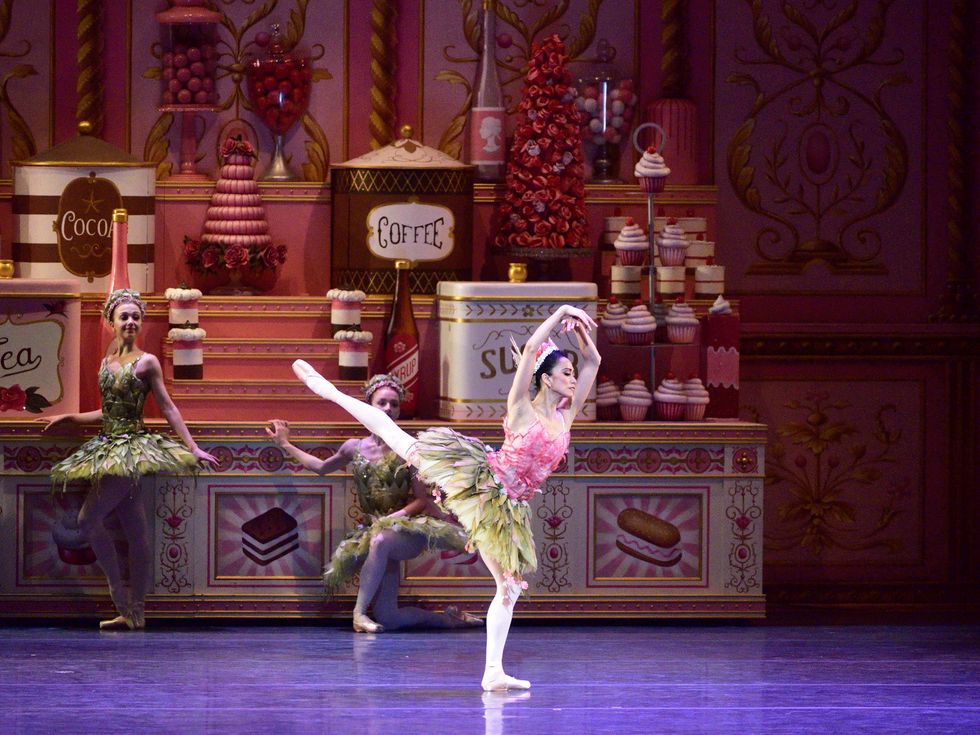 Despite Abrera's rigorous rehearsal and conditioning schedule, she doesn't sacrifice self-care. "I try to get a massage once a week. If the schedule is really crazy, I'll get two." 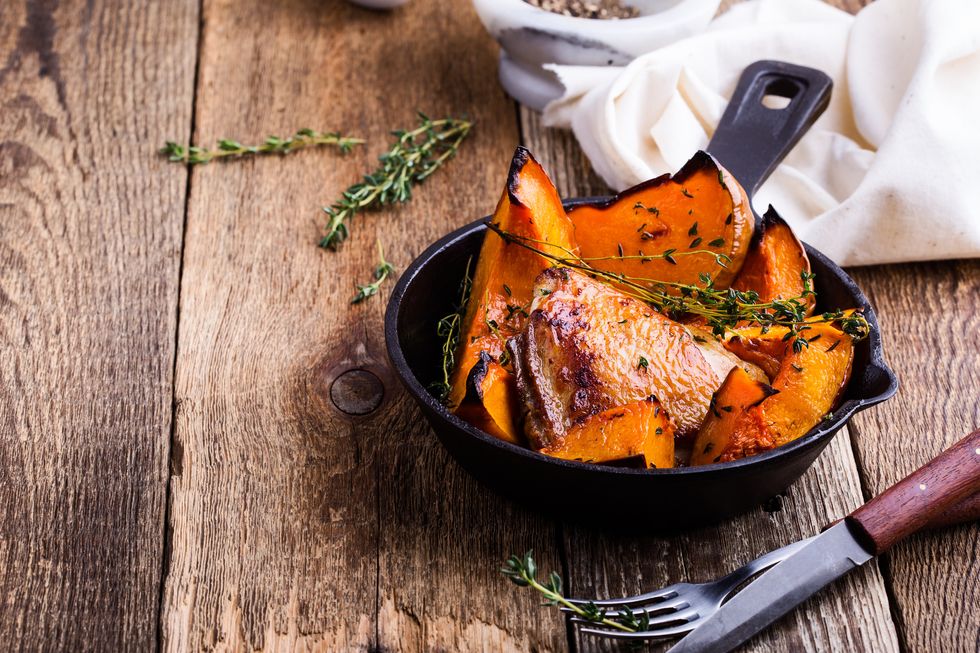 "I try to eat as healthily as possible. Not a lot of refined carbohydrates and a good balance of proteins and vegetables." For a homemade winter meal, Abrera roasts chicken thighs with garlic, lemon slices and butternut squash and pairs it with a small salad.

During packed rehearsal days, Abrera brings small snacks to keep herself nourished throughout the afternoon. "I love sugar, but if I eat too much of it or don't balance it well with protein, I have a really horrible crash an hour later." Her favorites include:

Related Articles From Your Site
the workout jump training agility training stella abrera
If you like us online, you'll love us in print!
Instagram
Pointe Magazine