Dancing While Earning a Degree: As LEAP Turns 20, 4 Pros Share How Its Unique Program Works

Claire Sheridan wanted to change the status quo. Leading up to the 1990s, she recalls, "there was a 'shut up and dance' mind-set," and as the founder of the dance program at St. Mary's College of California and a longtime teacher in professional companies, she had seen too many dancers retire with no plan for a successful career transition. "At that time, if you thought about education and the future," she says, "you were not a committed dancer. I wanted to fight that."

With the support of St. Mary's, Sheridan developed the Liberal Education for Arts Professionals program, or LEAP, an innovative liberal-arts bachelor's degree program designed especially for professional dancers. She first presented her idea to executives at San Francisco Ballet. "Kudos to that company, because they said, 'This is great,'" she says. "Eleven of the first 18 dancers who started in August 1999 were from SFB."

This fall semester marks the 20th anniversary of LEAP, which now enrolls 85 to 100 students per term at locations in San Francisco, Los Angeles and New York (a Las Vegas branch is on pause). By spring 2020, it will have had 300 graduates. Sheridan's curriculum design awards credits for dancers' professional experience, yoga and Pilates teacher training, and for coursework completed at other institutions and via online extension. All students must complete 10 core courses through St. Mary's, but lectures, papers and exams can be scheduled around touring and performances. Dancers complete the degree on their own timeline.

Thanks to Sheridan and former program director Mark Baird, LEAP has indeed changed the status quo. "Dancers have come to expect that pursuing their education while dancing professionally is just something that's done now," says Stephanie Miller, LEAP's associate director since 2017. "And they are coming to LEAP at a younger and younger age." 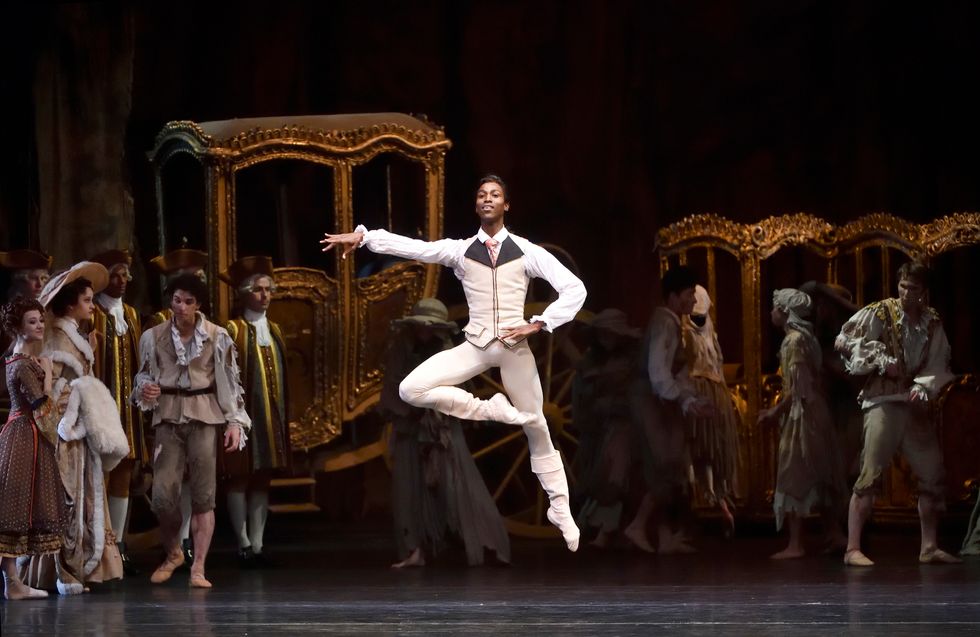 Earning a degree has always been important to Calvin Royal III. He completed courses in political science, chemistry and writing at Long Island University during his three years in ABT II and as an ABT apprentice, but when he joined the corps in 2011, "I had to put it on hold because of my schedule," he recalls. "The traveling, performances, rehearsals—it was crazy."

That changed when Royal earned a promotion to soloist in 2017. "[It] gave me the confidence to say, 'If I could put in all that work and get to this level in my career, then I can explore education again,'" says the 30-year-old. Nevertheless, getting back into the swing of things was an adjustment. "I have to be focused learning new ballets for ABT's upcoming season, and on my one day off a week, I go to class for LEAP. A lot of the work is on my commute, or when I get home exhausted."

In the spring, Royal completed an online psychology course, and last fall he took Western Traditions, a seminar that entails reading and discussing literature like Maus and The Odyssey. "It wasn't just about writing the papers, it was about critical thinking and really trying to understand what the writers were trying to convey at that moment in history," he says. Taking the summer off from his studies allowed him to prepare for his fall debut in George Balanchine's Apollo. "I like to give my brain and my body a rest so that when I come back for the ABT season, I feel recovered."

Royal values education not only as a bridge to his eventual post-dance career, but also for its own sake. "As hectic as life as a performing artist can be, in the long run it's worth it to enrich your mind." 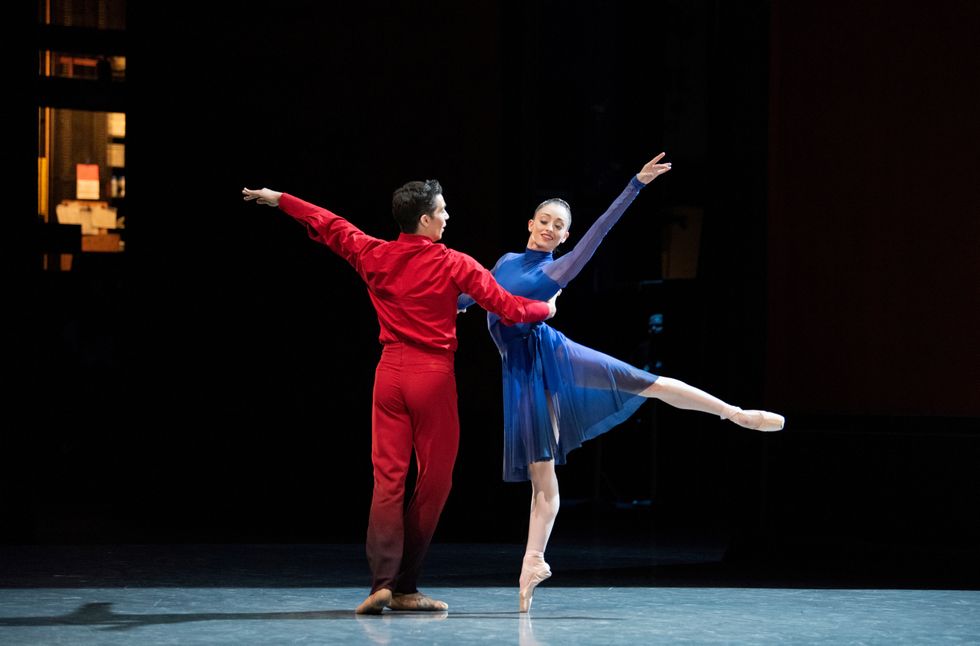 "I want to be a leader," says Madison Keesler, 28, whose vision for the future includes arts management and public service. LEAP is a stepping stone to those goals, no matter how long it takes: She enrolled in 2010 as an SFB corps dancer, then took four years off while she was a first soloist with English National Ballet. She resumed LEAP in 2017, when she returned to the SFB corps. When chipping away at her degree feels daunting, "I remember those long-term goals—I want to make sure I have security because I have that degree."

A recent promotion to soloist has freed up more time for studying, and when SFB is on tour in Copenhagen in October and November, she'll keep up on lectures via Zoom, an online video-chatting platform. "A lot of schools don't fully know how all-consuming a ballet career is, but the people at LEAP really understand." Keesler admits that time management is a struggle, and she's learned to strategize each semester in advance. "If I have a ton of performances and a research paper, I need to do stuff ahead of time," she says. "Sometimes I'll read over the summer, so that during Nutcracker I don't have to start from scratch."

Keesler appreciates the credits LEAP awards for work experience. "We have to learn how to hold ourselves as a professional employee from a very young age. Whether it's communication skills, the discipline of holding yourself accountable for doing what's expected—we learn that on the job." 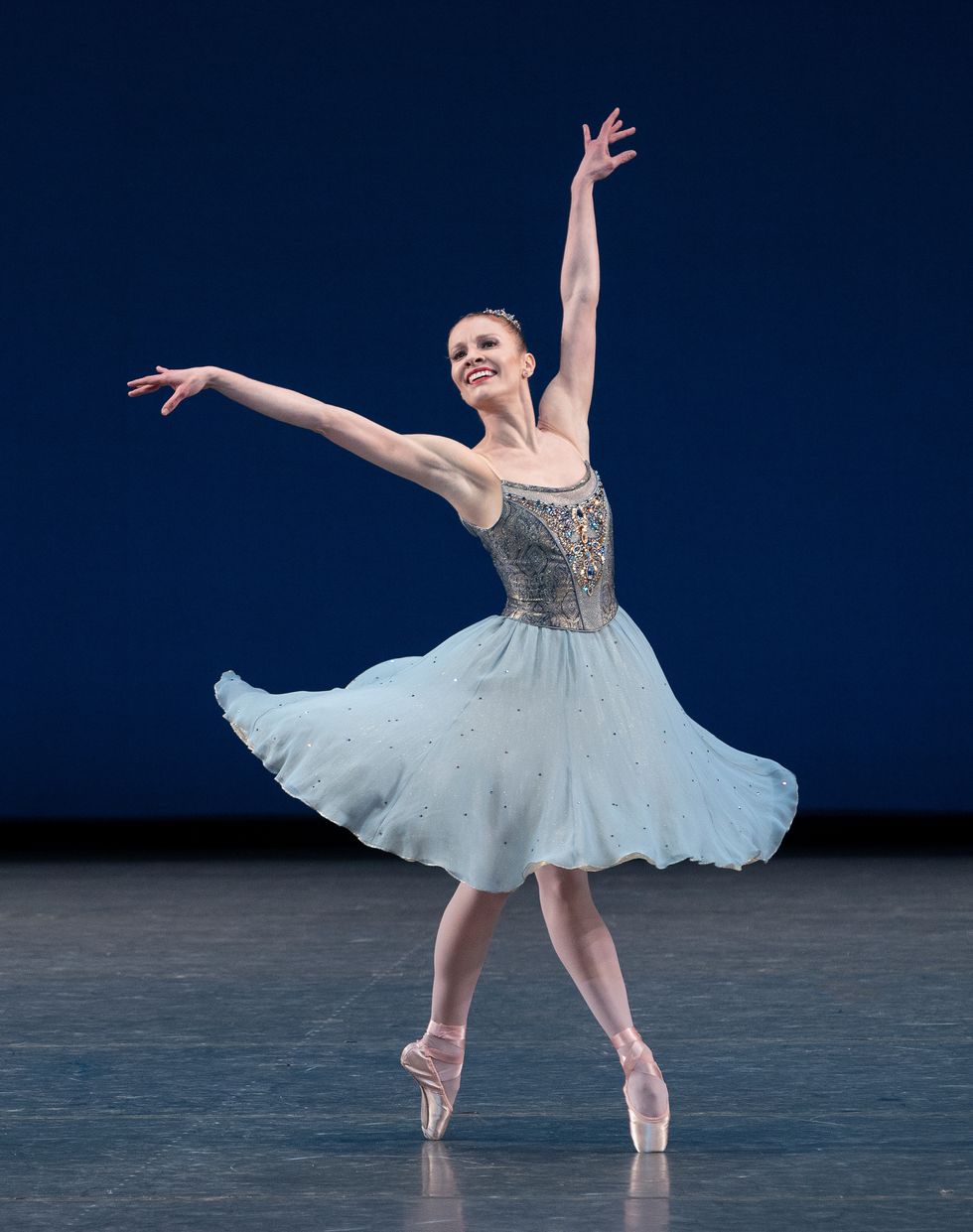 It look Lauren King a couple of years to adjust to life in the corps of New York City Ballet. Once she had it down, though, she craved a new challenge. "I love ballet, but for my own mental health I need to focus on something outside of the microcosm of dance," she says. She decided to get a college degree, and started LEAP at age 23. While she was worried about being older than her classmates, LEAP students have ranged in age from 19 to 65, and many are well into their professional careers. "It was a no-pressure entry point, and there was a lot of support," says King, now 35.

King took wide-ranging electives, from math and science to business and languages, and she found that the physical intensity of professional ballet actually fueled her. "You have that adrenaline, and you can use the physical energy to feed your brain in your downtime," she says. "I would be doing homework during an hour off, early in the morning, while putting on makeup. You fit it in wherever you can."

Nine years later, she received her diploma. "And a few months later I got bored!" She's now completing a master's degree in museum studies through Harvard Extension while dancing at her peak—in NYCB's fall season, she performed Violette Verdy's role in George Balanchine's "Emeralds." King has thrived on the dancer-student double life. "Dancers are very accustomed to focusing on what we're passionate about, so it was really easy to transfer that to school." 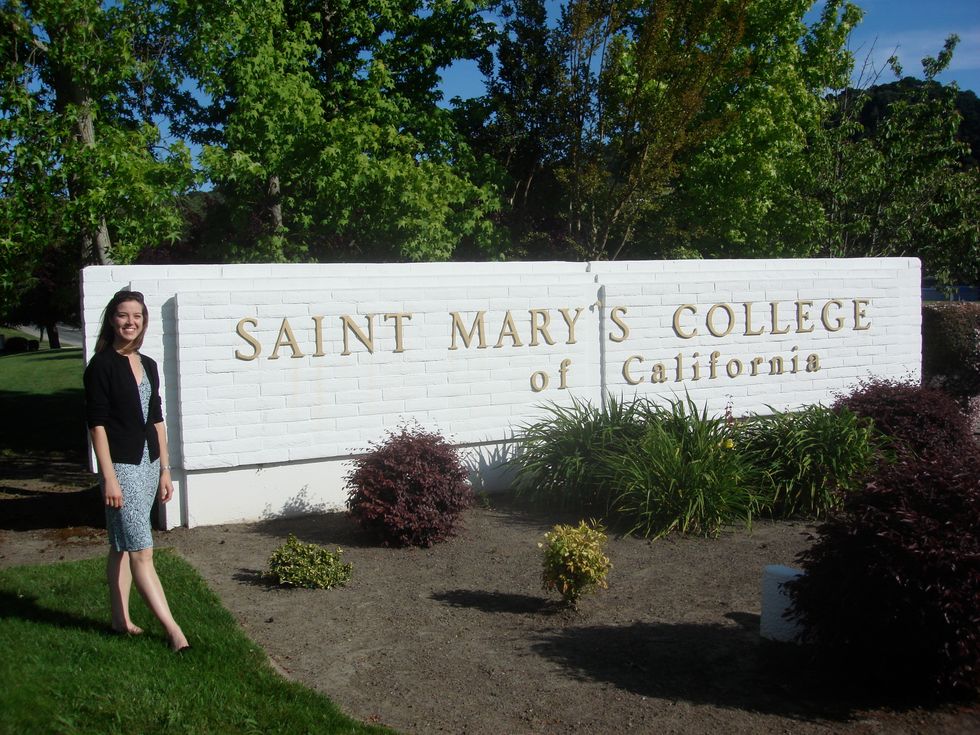 Katie Pivarnik completed her LEAP program in a mere 20 months. Between her decade-long performing career and the associate's degree in business administration she earned while dancing with New Jersey Ballet, she had many transferable credits. "It was a robust curriculum," she says, and LEAP's supportive environment made it easier to tackle. "Everyone was coming in at a different level—some were recent high school graduates, others had been out for a long time. It was inspiring to be with that variety of students, and we all helped each other."

LEAP's focus may be liberal arts, but it led Pivarnik to a career in science. "We took an anatomy/physiology class at the Harkness Institute—that was phenomenal. It jump-started my interest in medicine." After graduating, she completed a premed program at Columbia University and earned her MD at the Warren Alpert Medical School of Brown University. "It was a shock to be sitting in a lecture hall with 300 other students," she recalls, but LEAP had prepared her for that challenge, as well. "LEAP's smaller settings encouraged me to speak up and have an opinion. I found a voice through writing and presenting in front of peers. When I moved on to postbaccalaureate and then medical school, I had to do that all the time." Now 36 and a third-year resident at Albany Medical College, Pivarnik looks forward to practicing obstetrics and gynecology.