Together Again: Natalia Osipova and Ivan Vasiliev Revive Their Extraordinary Partnership in Solo for Two

When former Bolshoi stars Natalia Osipova and Ivan Vasiliev called off their engagement in 2013, fans wondered whether their spectacular onstage partnership was over as well. On their breaks from St. Petersburg's Mikhailovsky Ballet, where both are now principals, she guested with The Royal Ballet while he toured with Kings of the Dance and told the press that maybe, someday, they would dance together again.

In July 2014, they reunited in Solo for Two, a self-curated evening of contemporary choreography created for them by Ohad Naharin, Arthur Pita and Sidi Larbi Cherkaoui. The premiere at Orange County's Segerstrom Center for the Arts marked their return to performing together and a new stage in their artistic lives, defined by creative freedom and self-determination (performances in London and Moscow followed). “In classical dance, you follow the rules," Osipova explains. “In contemporary dance, you have no rules. I love that feeling of freedom." 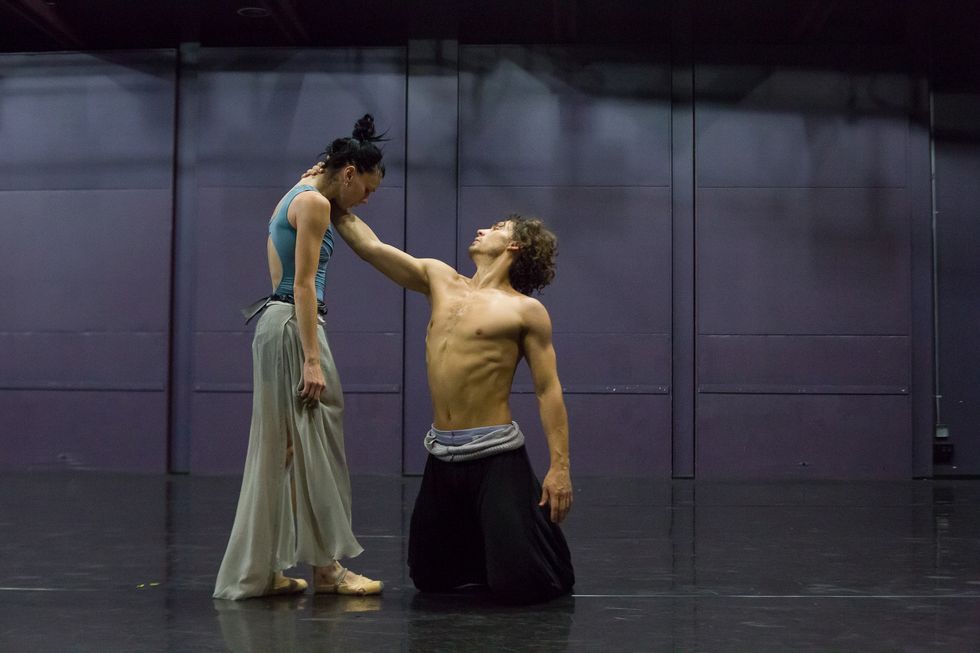 Sidi Larbie Cherkaoui's Mercy opens with a silent but violent fight; the two never touch, but the precisely timed movement conveys profound impact. "It's up to him to be always a fraction of a millisecond earlier than her so that the audience will believe the interaction," Cherkaoui says.

Osipova admits that Mercy was very difficult to learn. "But when something didn't work out the way they calculated," Cherkaoui says, "they found a way to make it okay. They have a natural ability to give each other space and to reach out to one another."

Solo for Two expands their horizons and satiates the curiosity of these restless artists. “We want to dance while we can," Vasiliev says, “because 10 years later, you can't." Osipova herself requested the choreographers. Learning their works entailed rehearsals in London, Milan, Tel Aviv and Los Angeles, as well as two weeks in Israel studying Gaga, Naharin's movement style. All the while, their agent, who is also Solo for Two's producer, translated artistic direction from Hebrew, French and English into the dancers' native Russian.

In the studio, their chemistry is as mesmerizing as ever. They give themselves over completely to the movement, and she trusts him implicitly to catch her when she leaps without looking. He makes her laugh; she softens his muscularity with her breathtaking lightness and grace. As Vasiliev puts it, “We smile at each other and move." And lucky for “Vasipova" fans, they promise that this is only the beginning of their renewed stage partnership.