Don't expect to catch Simone Messmer wearing a leotard—at least, not for company class. “Ballet class is for me," she says. “It happens every day, so it turns into a major part of how you set yourself up for the day and how you're feeling. I think it's really important to take control of that." In class, the Miami City Ballet principal prefers comfortable separates with clean lines and long sleeves. When it's time for rehearsal, she'll bring out her leotards and tights. “And I tend to bring the skirt or tutu that's appropriate for the role. I try to start right away, to get a feeling for it," she says.

Messmer, who joined MCB in 2015 after dancing with American Ballet Theatre and San Francisco Ballet, has been embracing her new home—and adjusting to Miami's warmer climate. Lately, she gravitates towards looser, flowy pieces and lighter colors. “It's a process after my New York garb for 13 years," she says. “Everyone's like, 'You're still all in black,' and I'm like, 'It's all I own!' " Still, even amidst change, Messmer has a strong sense of who she is, and her style reflects that. “I think if the clothes are wearing you, it's the wrong outfit," she says. 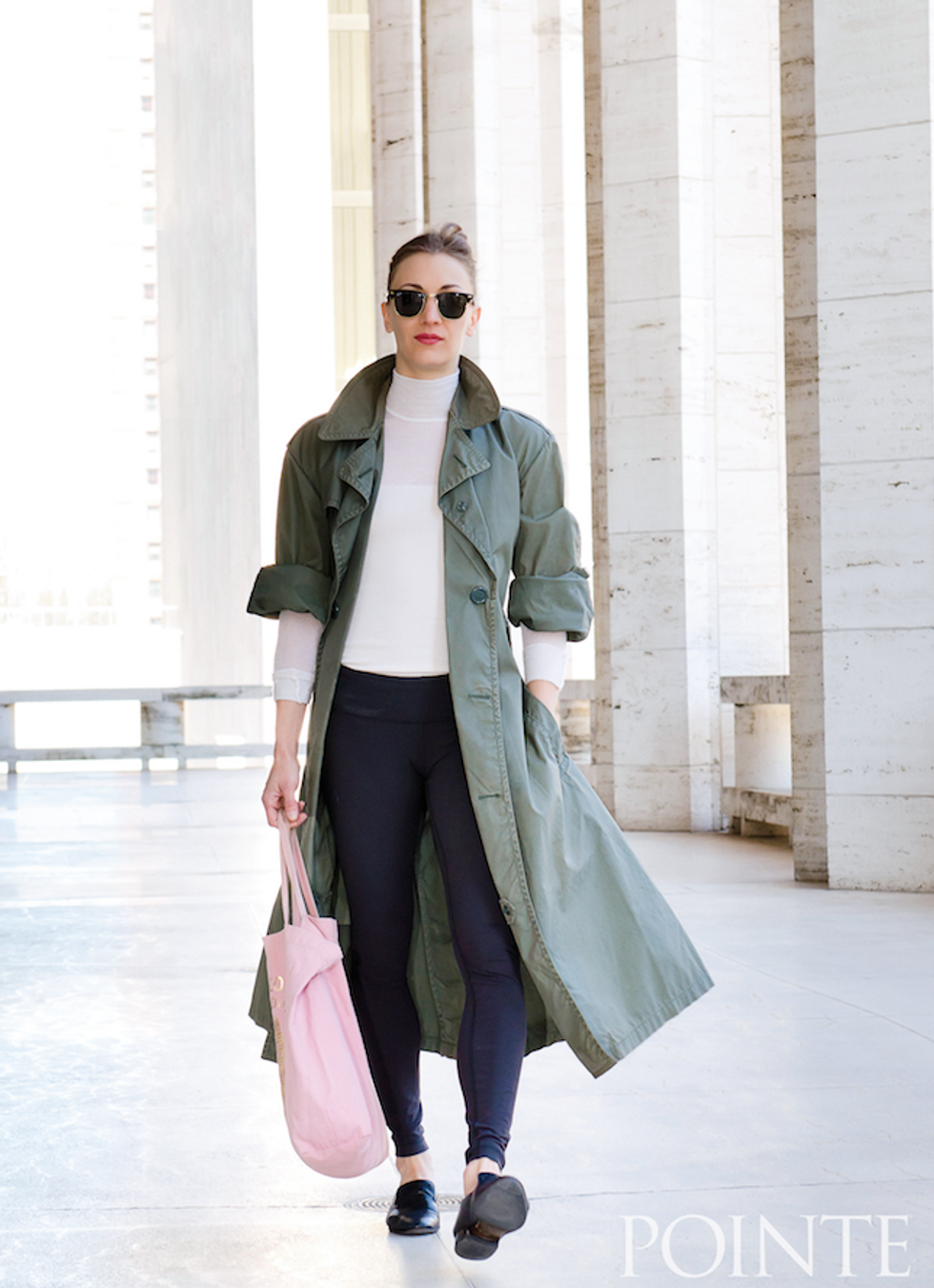 Trench coat: “I've had a best friend in New York since I moved there. There were a couple years I lived with him and his parents, and that's his father's army trench."
Sweater: “I have a favorite store in New York's East Village, Tokio 7, which is a consignment store. It's a hit-or-miss place, but you can get great stuff."
Lanvin shoes: “These can dress up easily, especially post-theater." 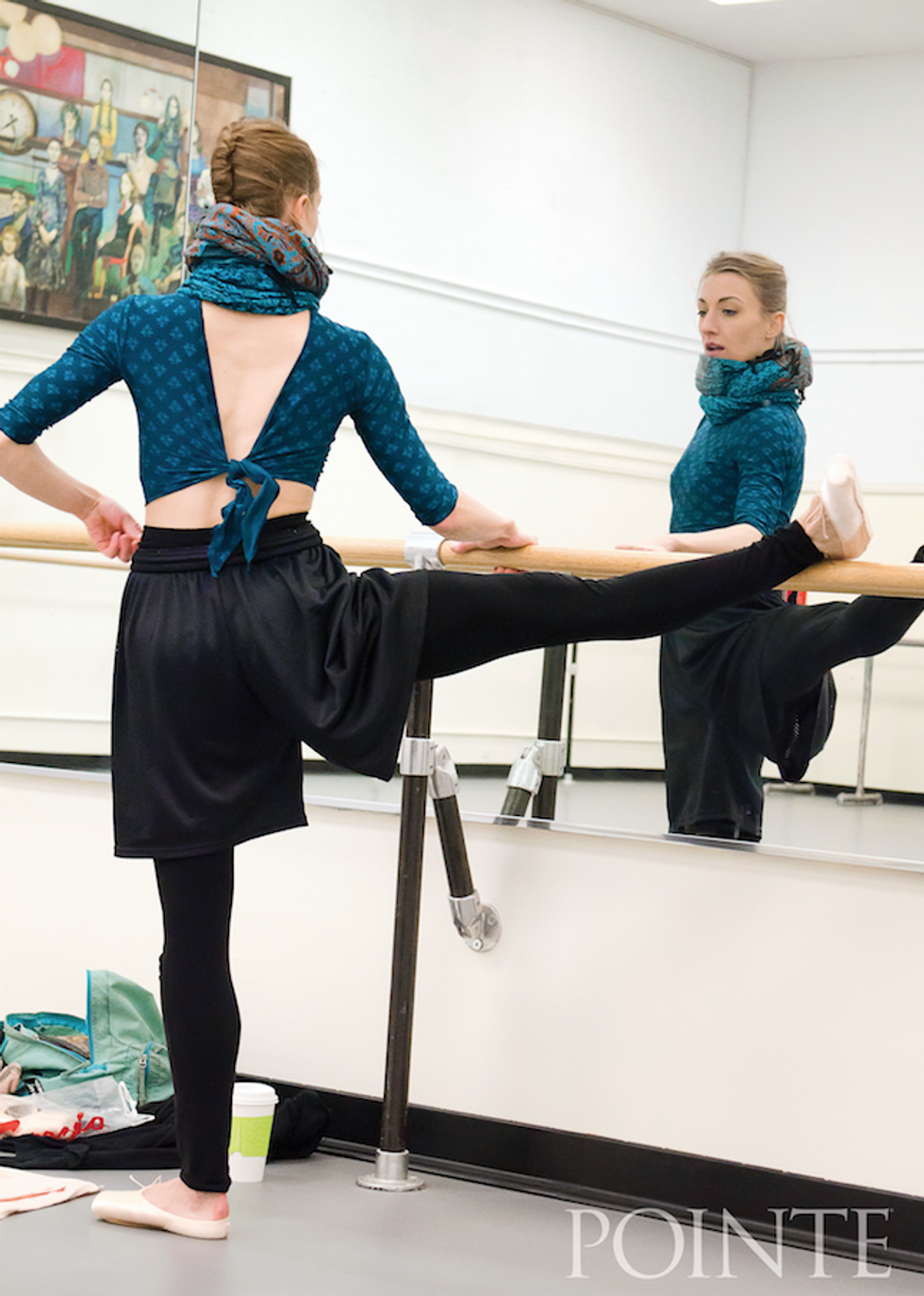 The Details—Studio
RadetskyWear top: “I don't do patterns. I think they're distracting in the mirror. This is kind of as far as I go with them."
Leggings: “When Twyla Tharp did Rabbit and Rogue for ABT, I was part of the group that created it with her. Norma Kamali did the costumes, and these are Norma Kamali leggings."
Capezio pointe shoes: “They have been making me these pointe shoes for 10 years now." Because of the humidity, Messmer goes through shoes more quickly in Miami.