Specialty intensives are meant to give students skills and experiences they rarely get in a typical ballet school curriculum—like living through a professional dancer's daily routine. At Miami City Ballet School's two-week Choreographic Intensive (for ages 14 to 18) and Young Choreographic Intensive (ages 10 to 13), students work directly with a choreographer, selected by school director Arantxa Ochoa, on new works created specifically for them. Ochoa devised these intensives to give students a career skill she knew they'd need: learning how to work with a choreographer. "It's like life in a company," she says. Students spend six hours daily in rehearsals, intimately involved in the creation of about five new works in varying styles, which they perform in MCB's studio theater at the session's end. "As professional dancers, they'll have to be quick, pick up steps, be flexible. That's not something that's normally taught," she adds.

Eighteen-year-old Mary Kate Edwards, who has attended MCB's Choreographic Intensives for the past two years, says she loved the challenge of collaborating with a choreographer. "The biggest benefit for me was getting a feel for what company life is really like," says Edwards. "You have to go in really open-minded, ready for anything, and take care of yourself so you're ready to go when the choreographer needs you." 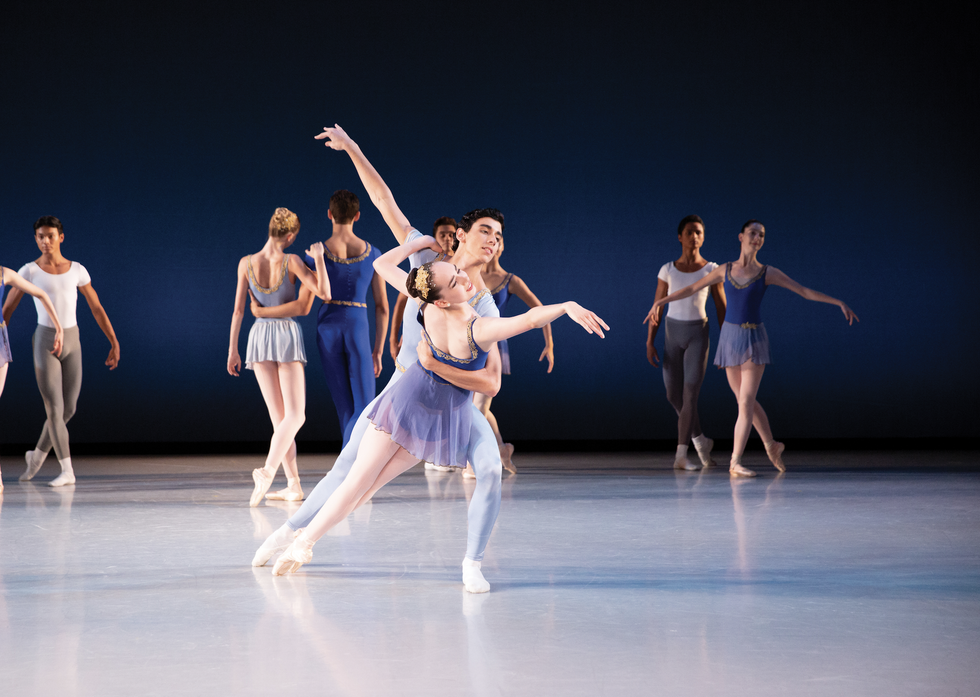 Similarly, The School of Pennsylvania Ballet's Choreographic Workshop is one of three weeklong intensives (the others are Company Experience and Coaching With Company Members) following the school's regular five-week program. PAB company members create new works on the students. "I tell the choreographers to really include the kids in the process of discovery. That's where the education comes in," says school director James Payne.

At PAB's Company Experience week, students learn and fine-tune company repertoire from artistic staff. (Pittsburgh Ballet Theatre School and BalletMet Academy offer similar programs.) Last summer, PAB artistic director Angel Corella staged Giselle's entire Act II on the 39 students who participated. While it's not a company recruitment tool, Payne thinks this intensive is particularly valuable for advanced students (and it's open only to dancers accepted into the top two levels of the regular summer program). "It demands that they step up and be quick," he says. "Angel treats them like a company, so they get a good idea of the difference between rep class and the real thing, with the repetition and insistence on detail and precision."

Variations and partnering classes are a mainstay of most summer programs, but students don't often get the chance to learn a full pas de deux in its entirety, or be coached one-on-one in the style, musicality and characterization of a classical solo. Ellison Ballet's Classical Pas de Deux and Classical Variations Intensives, two-week programs following its four-week summer intensive, are about getting a sense of soloist or principal dancer responsibilities. Each week, students learn either two variations or a pas de deux (including its variations and coda) and hone them with director Edward Ellison and his Vaganova-trained faculty. "Both programs challenge students to make substantial improvement in technique, stamina and artistic understanding in a relatively short period of time," Ellison says. "It's enormously gratifying to see young talent make such strides in only two weeks."

PAB's third supplemental summer program, Coaching With Company Members, pairs each student with a company soloist or principal for 30 minutes daily of private coaching on a variation. The balance of each day follows a traditional summer program schedule with pointe, men's, contemporary and conditioning classes. Students skew younger and more local (housing is not available for this week), and often participate for the chance to work with company dancers they've previously only admired from afar. "They've looked up to these dancers for some time, so the opportunity to have two and a half hours alone with them over the week and be coached is pretty cool," says Payne. "It's taking down the wall between company and student, and allowing for mentorship." 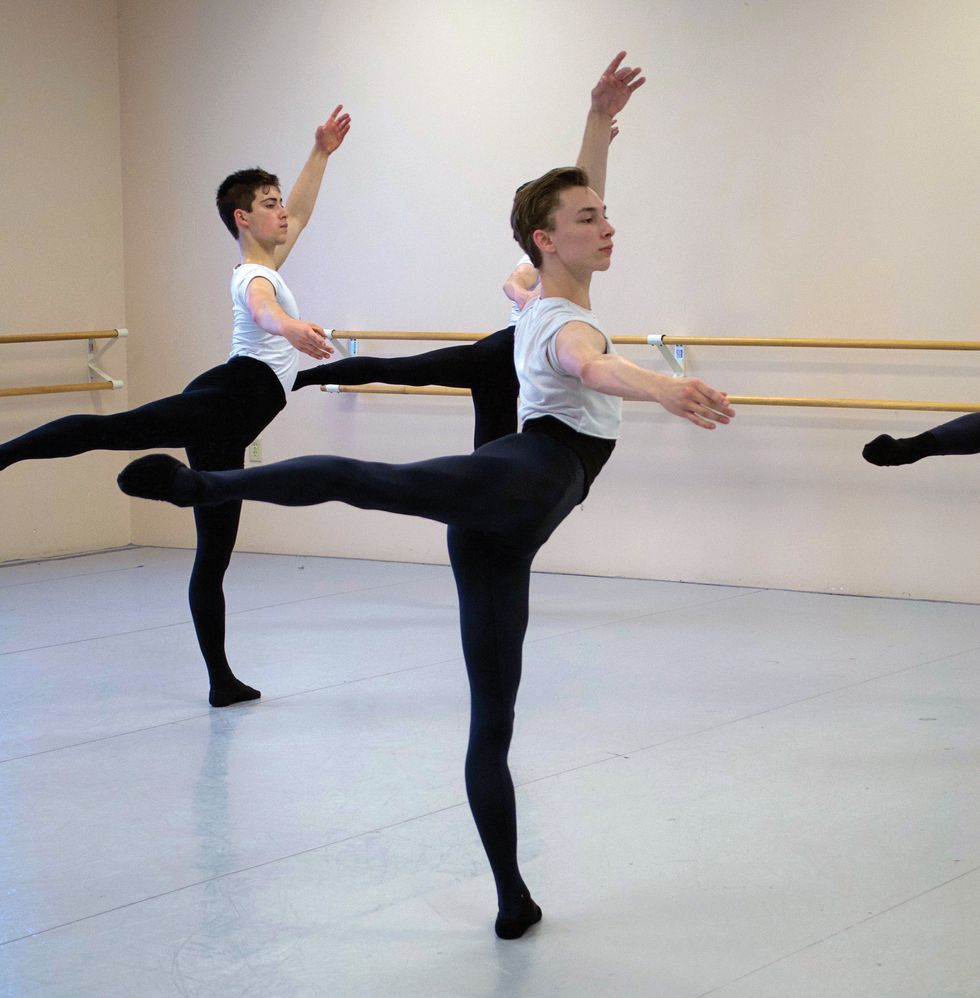 While not officially affiliated with a year-round school (although it's held in the International Ballet Academy's studios in Cary, North Carolina), the Boys Ballet Summer Intensive offers young male dancers something extremely rare: two weeks training in an all-male environment. Co-director Emma Frenette says the intention is to counter the isolation most boys experience: "We started the program to give them a safe, rigorous learning environment, with male teachers, where every class is specifically designed for the needs of a young male dancer seeking pre-professional training."

In addition to technique, weight training and variations, boys learn acting and repertoire of male roles, as well as partnering (girls attend for this portion of the afternoon). Faculty members like former New York City Ballet star Jock Soto and co-founder and current American Ballet Theatre dancer Patrick Frenette provide mentoring and context about what the professional career of a male dancer is like.

Clark Eselgroth, 17, who attended BBSI for four summers and is now a student at The Royal Ballet School in London, relished the network the program fosters. "I got to train with other boys my age who came from all over the world," he says. "And teachers who, based on their own professional experience, tailor the entire class around the specific and challenging skills essential for men." 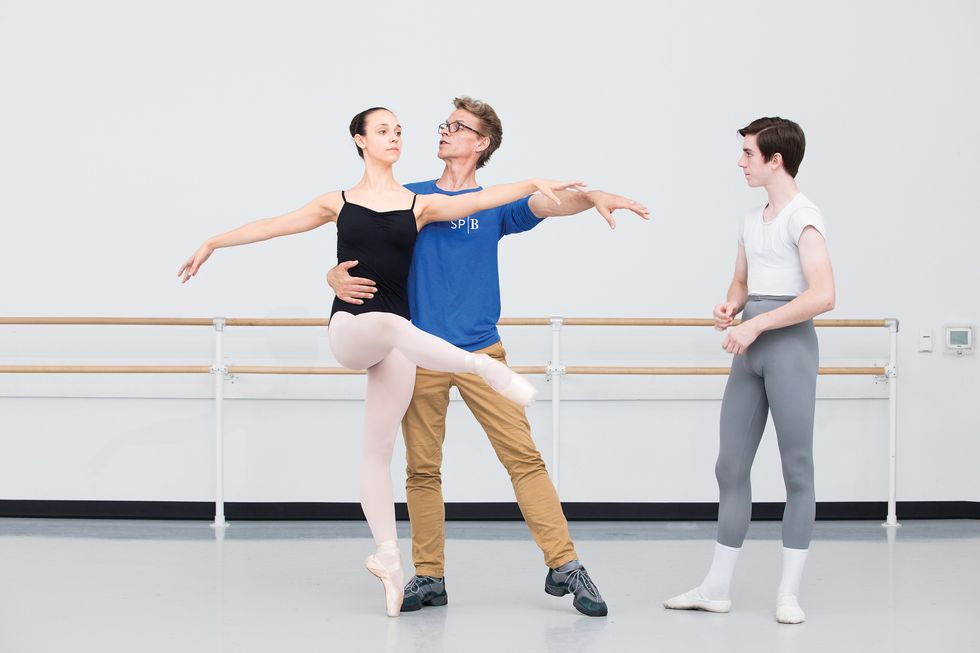 If you're interested in extending your summer training, keep in mind that after a regular summer program, you may already be run down. For that reason, some, like Ellison's Classical Pas de Deux Intensive, are limited to older students and young professionals who already have strong partnering skills and stamina for highly demanding sessions. Others, like PAB's Coaching With Company Members and MCB's Young Choreographic Workshop, accept those as young as 11 or 10, respectively.

Getting admitted to a specialty intensive may also hinge on attending the school's longer program. Commonly, academies hold one audition for all their summer offerings, and although some accept students looking to solely attend the auxiliary weeks, priority is often given to those who attend the full program.

If you're hungry to level-up your training, adding extra weeks of laser focus in a specialty summer intensive can be an efficient, though challenging, way to do it. After MCB's Choreographic Workshop, Edwards came away with new skills and inspiration. "It's long days and long hours," she says, "but it really validated for me that this is what I want to do for a career."