No One Said It Would Be Easy: 4 Pros on the Sacrifices They Made to Prioritize Training 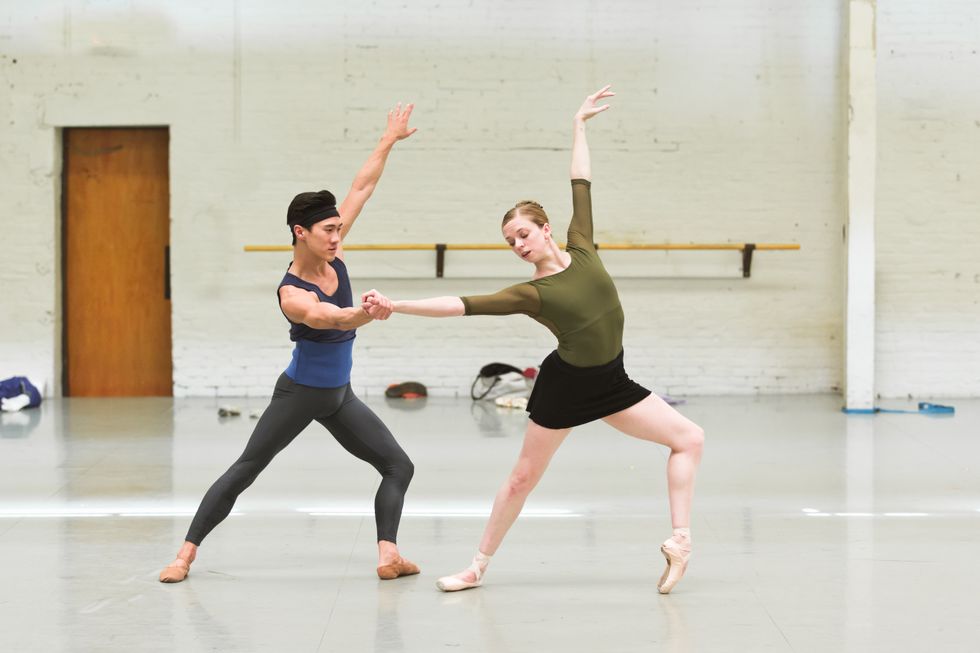 At my home studio in Rochester, New York, during my high school years, I would train from 4–9:30 pm and then come home and do homework until 11:30 pm. I also traveled a lot competing in Youth America Grand Prix. I would ask for my work ahead of time so that I could leave early on Fridays. It was hard in a public school. My teachers wouldn't always understand, saying things like "You have to leave again?"

If you missed a certain number of classes at my school, you wouldn't get credit for that class. Once, I was about to leave for a competition, and my teacher warned me that it was something like my 16th day missing. We ended up working through it and I passed, but that was a big "oh my gosh" moment. On top of all of that, I wanted to put dancing, my passion, first. It was a lot, especially for someone who really likes a good eight to nine hours of sleep per night!

Because I was so dedicated to ballet and school, missing out on birthday parties and little things didn't affect me too much. But I know that for some people who are more socially involved, it is hard for them to choose. But I believe that an athlete needs to be really dedicated to their craft. You don't hear "They kind of did 50/50 and now they're making it." You hear "They sacrificed a lot." You have to put in the work. 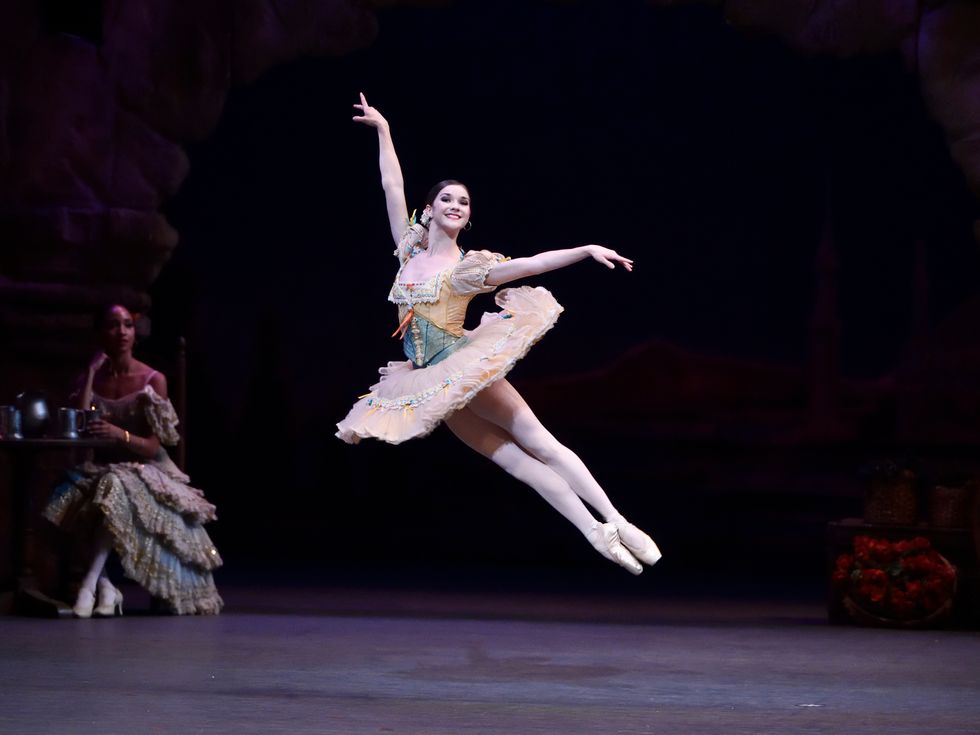 One of the most incredible sacrifices in my training years, which wasn't necessarily made on my part, was my parents' decision to move our family from suburban Georgia to New York City so that I could attend ABT's Jacqueline Kennedy Onassis School. We went from a home with five bedrooms to a single-bedroom apartment for a family of four. I was about to start my junior year of high school and my younger brother was about to start his freshman year. He and I were essentially sharing a living space, and were at each other's throats more often than not.

But a few months in, we found our groove as a family and started to settle into this lifestyle. My dad made a career shift in the move, and to get some extra cash, my mom picked up hours at the Crumbs Bakery next door to our apartment building. I would go downstairs in the morning and visit her on my way to the train, and she would give me a baked good and a cup of coffee on my way out the door.

They had incredible belief in me and my abilities to pursue this dream. If I didn't get a contract at ABT, or even if I lost interest in a couple of years, they were open to the change in their own lives, as well. They had considered moving to Florida (where they ended up relocating after I got my contract) before the leap of faith in New York. I'm so grateful to my parents. They never once made me feel like I wasn't enough. 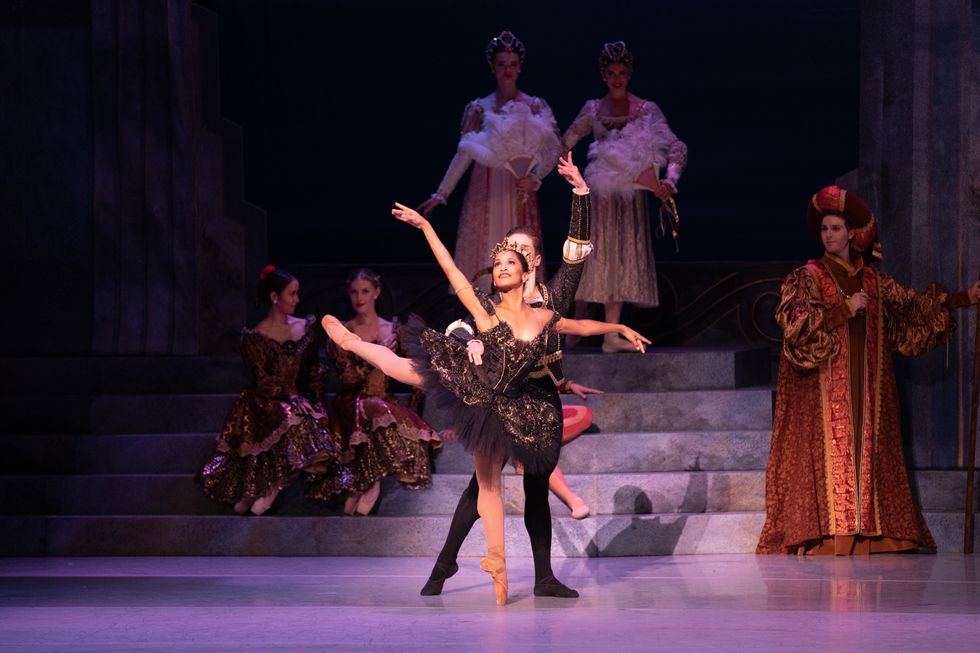 I stayed local for my training near my hometown of Conyers, Georgia. I tested out a lot of different studios before finding the one in the Atlanta area that I was going to commit to for my high school years. I needed a more rigorous class schedule with teachers who had the expertise to help me reach my goal of a professional dance career. I found a studio about an hour away, the Maury Magdalena School of Classical Ballet. It had a youth company that performed multiple times a year, brought in many guest teachers and took us to Regional Dance America festivals. I realize that I was fortunate to have options. That's not going to be the case for everyone, depending on where they live, and I think that's when you have to start looking at bigger programs. I definitely considered it. But I don't feel that I sacrificed anything by choosing the local route.

Commuting to a more pre-professional studio that was almost an hour away made my demands at school harder, but it was absolutely worth it when I look at where I am now. Though it was difficult, I was able to balance extracurricular activities at school and somewhat of a normal social life while also being in the studio six to seven days a week. Sometimes that meant going to the football game but not going to dinner after with friends because I had rehearsal all day Saturday. I had some friends growing up who didn't necessarily understand what I was doing. Now they're still coming to see me dance, and they look back and they say, "Oh my gosh, that's why you had to leave early." 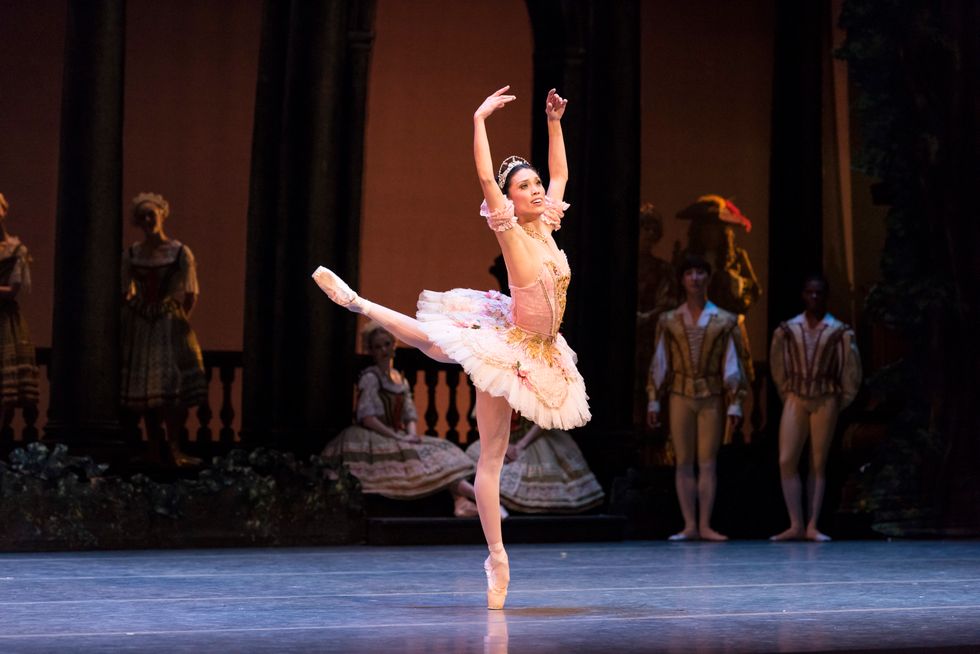 Cirio as Aurora in The Sleeping Beauty

My family moved four hours away from my extended family when I was 14 so that I could attend Central Pennsylvania Youth Ballet. Change is never easy at that age. My dad commuted to be with us on the weekends, so we didn't get to see our father as much as most people do, and I missed my grandmother and my cousins. It was a big sacrifice for my whole family, one for which I am forever grateful.

I was also homeschooled, and I graduated a year early to come to Boston because I got hired into the second company so young. While my cousins had graduation parties, my extended family didn't even acknowledge the fact that I graduated high school. It wasn't intentional, but like most people unfamiliar with the dance world, they didn't understand how hard I had to work to finish early, while training eight hours a day to become a ballet dancer.

I did feel some pressure because my parents had sacrificed so much. I wanted to make them happy and become what I thought I could become. But I think that ballet gives you a certain discipline. Even if you and your loved ones make those choices during your training years and it doesn't become your career, that discipline is so instilled in you that you'll excel at the next thing you decide to do. And now, it's funny—I may not have gotten to go to prom, but every year at Boston Ballet we have galas and you get to party and dress up. I'm like, "This is my prom!" You're going to have fun experiences, so don't think you're missing out on everything.