A Day with the Danes: Stars of the Royal Danish Ballet Brings Bournonville to NYC

Before Balanchine and Petipa, there was Bournonville. A key figure of ballet's Romantic era, August Bournonville directed the Royal Danish Ballet for 43 years during the 19th century, choreographing around 50 ballets. After his death, his successors codified his teachings into a formal pedagogical method that's still used at the Royal Danish Ballet School today. Bournonville's distinct style—highly intricate petit allégro, low and rounded port de bras, a head that follows the leading leg—aligns with his credo, in which he states that “the height of artistic skill is to know how to conceal the mechanical effort and strain beneath harmonious calm."

While only about a dozen of Bournonville's works exist today, RDB has gone to great lengths to meticulously preserve them. They provide an historical snapshot of 19th-century ballet, with heavy use of mime, narrative folklore and a palpable sense of camaraderie among the dancers. “There's a lot of communication with the eyes and with the people around you," says Caroline Baldwin, an American-born RDB soloist. “I get less nervous dancing Bournonville because it's such a community onstage. "

In January, a small group of RDB dancers, led by principal Ulrik Birkkjær, organized a tour to the Joyce Theater in New York City with an all-Bournonville program. “As the only company in the world with Bournonville actively in the repertoire, I felt it was important to keep the tradition going," says Birkkjær. “His work is an antidote to other influences today, focusing on how and why we dance, not 'the bigger, the better.' " In a photo exclusive, Pointe went behind the scenes with the dancers just before opening night. 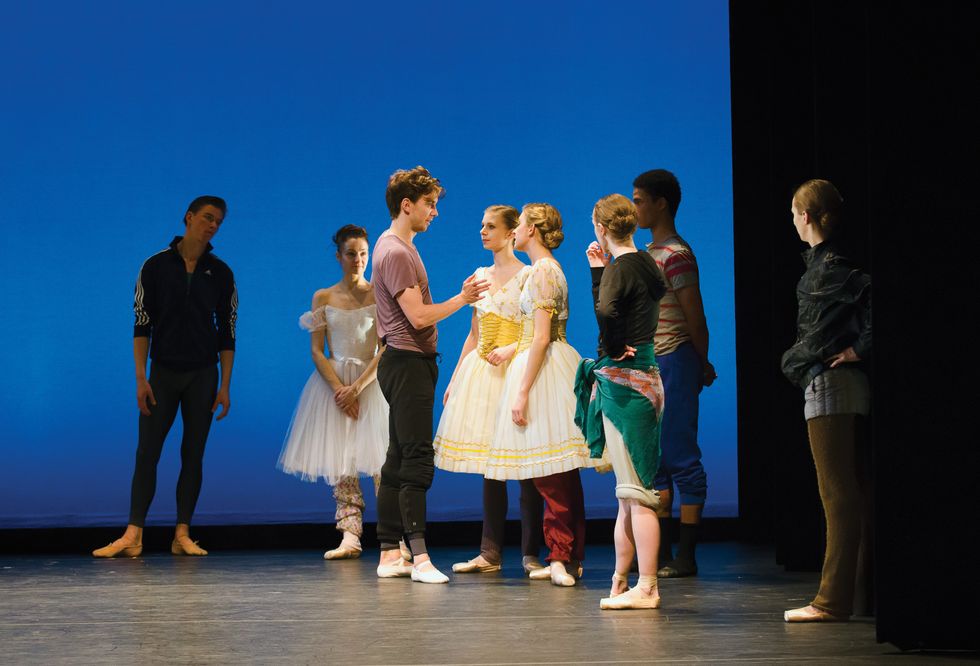 Photography by Kyle Froman for Pointe.