From Texas to New York

Mejia grew up in Fort Worth, Texas. His father was the co-artistic director of the Russian-influenced Metropolitan Classical Ballet, and from infancy Mejia was a devoted audience member. "He was dancing in diapers," says Paul. "He would sit absolutely quietly through the show, and then come home and do the performance." Mejia's parents immediately recognized their son's uncanny musicality, and at age 3 they entered him in classes at the company's school. He also played soccer and took piano and tae kwon do lessons, which he credits for his arsenal of acrobatic tricks.

When Mejia first heard about SAB at age 12, that's when his father told him about his history with NYCB. "I asked my dad 'Can I go to SAB?' " says Mejia. "And he sat down and was like 'I'm going to give you a talk.' I had no clue," says Mejia. "It just never came up." Paul's involvement with the company has been well-documented. His first marriage to NYCB star Suzanne Farrell in 1969 created a fallout with Balanchine, who was himself in love with the ballerina. Amidst rising tensions, the young couple left the company for Europe. Though Farrell later returned to NYCB, Paul was not invited back, and instead focused on choreographing. He eventually settled in Texas as the director of Fort Worth-Dallas Ballet. 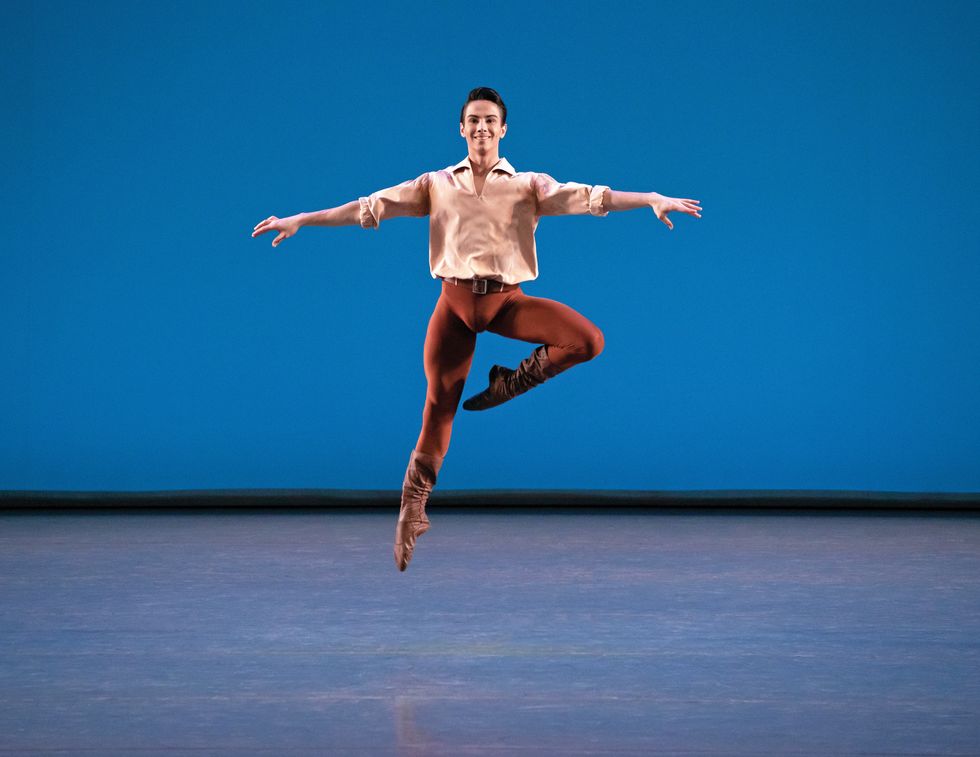 Roman Mejia in Jerome Robbins' Dances at a Gathering

Once Mejia set his sights on SAB, his parents decided to immerse him in the Balanchine style. They struck up a deal with friends who owned a Pilates studio, and began teaching classes there for Mejia and his younger sister, Isabella, who's now a student at Miami City Ballet School. Their youngest brother doesn't dance. "It was pretty intense," remembers Mejia. "We'd have class from 10 to 12, plus pas de deux and variations classes. We'd stay at the studio all day, and then have another class at 6."

At age 14, Mejia's hard work paid off, and he got into SAB's summer course, where he had to adjust to being a small fish in a big pond. "The competition was really intense, but I enjoyed it a lot," says Mejia. At 15, he entered SAB year-round. But despite his careful training, his first year wasn't without hiccups. An ankle sprain kept him out of the end-of-year performances, and he struggled to balance his SAB classes with online schooling while living in the dorms. But his second year ran more smoothly; he moved in with his aunt, and was invited to perform with the company. "The first time I stepped onstage I was a mouse in Nutcracker," says Mejia. "I was all covered up, but it was a dream come true." 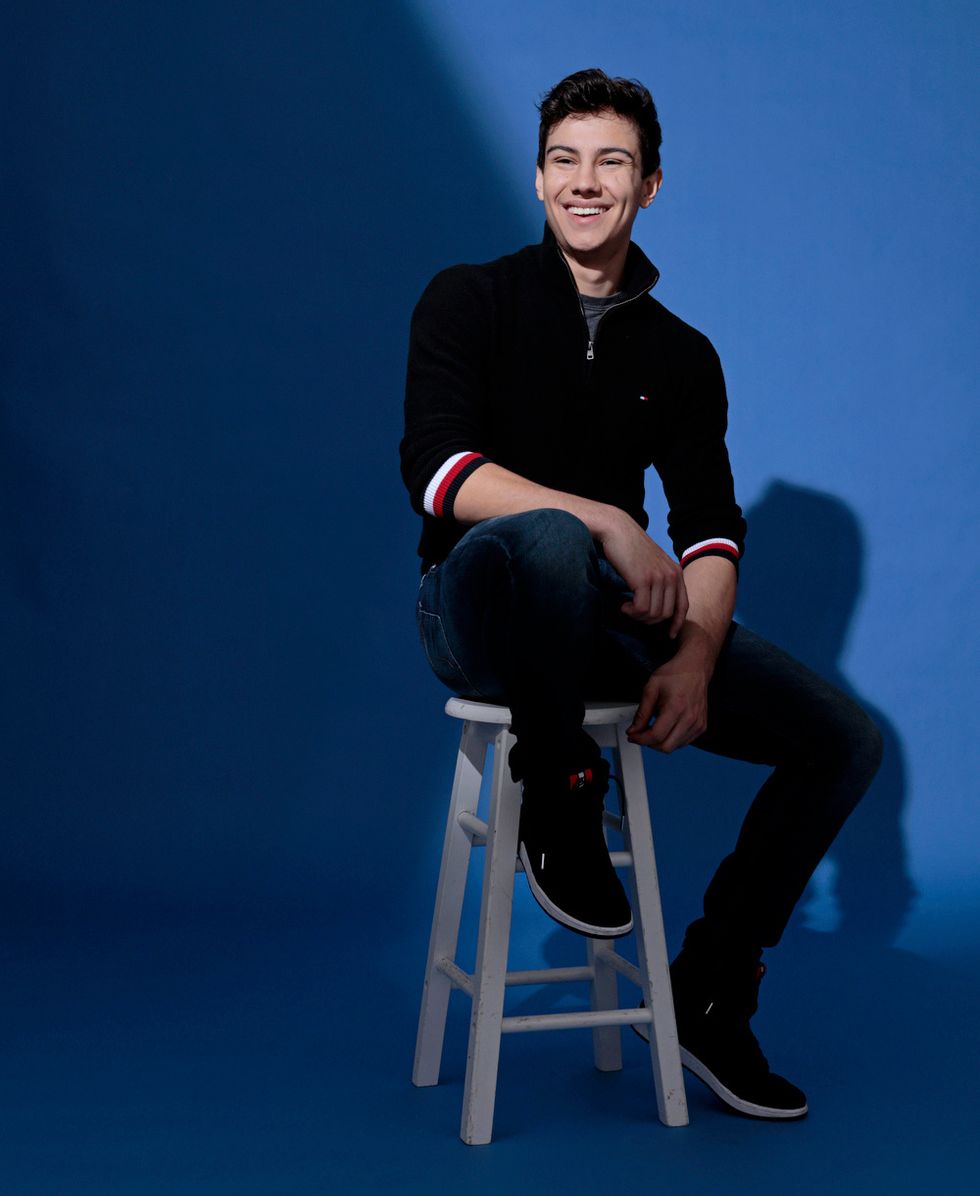 In August 2017, Mejia joined the company as an apprentice. But his break came before the season even began. When Vail Dance Festival artistic director Damian Woetzel asked NYCB principal Tiler Peck about upcoming talent, she suggested that he invite Mejia to perform at the Colorado-based summer series. Peck had noticed Mejia while he was still a student at SAB. "Lots of people can do the steps and have the technique, but you can't teach this thing that makes you want to watch someone dance," she says. "That's what drew me to him."

At Vail, Mejia was invited to perform Balanchine's Tarantella with NYCB principal Lauren Lovette. It was in learning it that he first became enamored with Edward Villella, who's famous for his bravura roles in ballets like Prodigal Son and "Rubies," which Mejia aspires to take on. Mejia refers to his tendency to bound out of the wings with unbridled energy as "Eddie Villella style, just pumping it out."

Back in New York City, Mejia continued to prove himself; just three months after becoming an apprentice he was promoted to the corps de ballet. His favorite roles from the past few seasons have included Balanchine's Allegro Brillante, Peter Martins' Zakouski, Jerome Robbins' Dances at a Gathering and Mercutio in Martins' Romeo + Juliet, which gave Mejia the chance to show off his dramatic chops. "Growing up around Russians, I felt at home in a full-length story ballet," he says. "The death scene was my favorite part to do." Mejia often cites Spartacus as an early inspiration; his flair for the dramatic is clear no matter what ballet he's taking on. 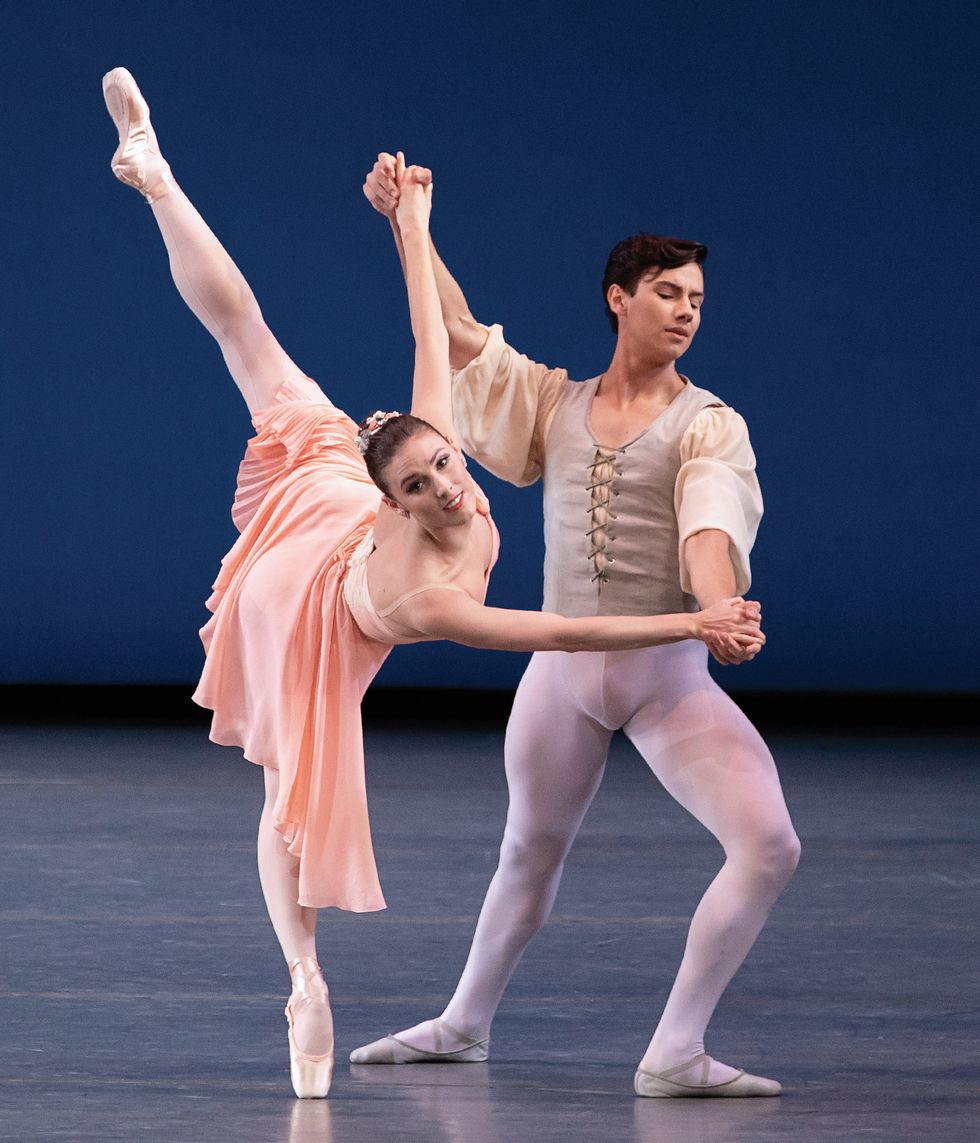 Mejia has also returned to Vail each summer, taking on roles well beyond his years, in ballets including Balanchine's Tschaikovsky Pas de Deux. He's become a popular partner, regularly working with far more experienced ballerinas. "He's a natural," says Peck. "He's able to be really in tune with me." Last summer, Mejia was the first man to take on Alexei Ratmansky's wildly rhythmic Fandango. "I was just drawn to it. I felt like my Latin side was being pulled out," says Mejia, whose father is Peruvian.

No matter what challenge is thrown his way, Mejia stays grounded. "Roman is hardworking, with seemingly endless energy," says NYCB artistic director Jonathan Stafford. "He's very respectful and easygoing with his co-workers." And despite having entered the company at a difficult moment in its history, Mejia has adjusted easily. In 2018 three principal men left NYCB after being accused of sharing sexually explicit images of female dancers (one, Amar Ramasar, chose to return after he was reinstated following arbitration). This scandal followed fast on the heels of former ballet master in chief Peter Martins' exit in the midst of allegations of sexual harassment. "Losing a bunch of male dancers like that, and being young, a lot of us feel like we have to step up now and become something," says Mejia, who represents a new generation of male dancers being developed by Stafford and associate artistic director Wendy Whelan. "You can approach them if you're not feeling good about something," he says. "Their doors are always open." 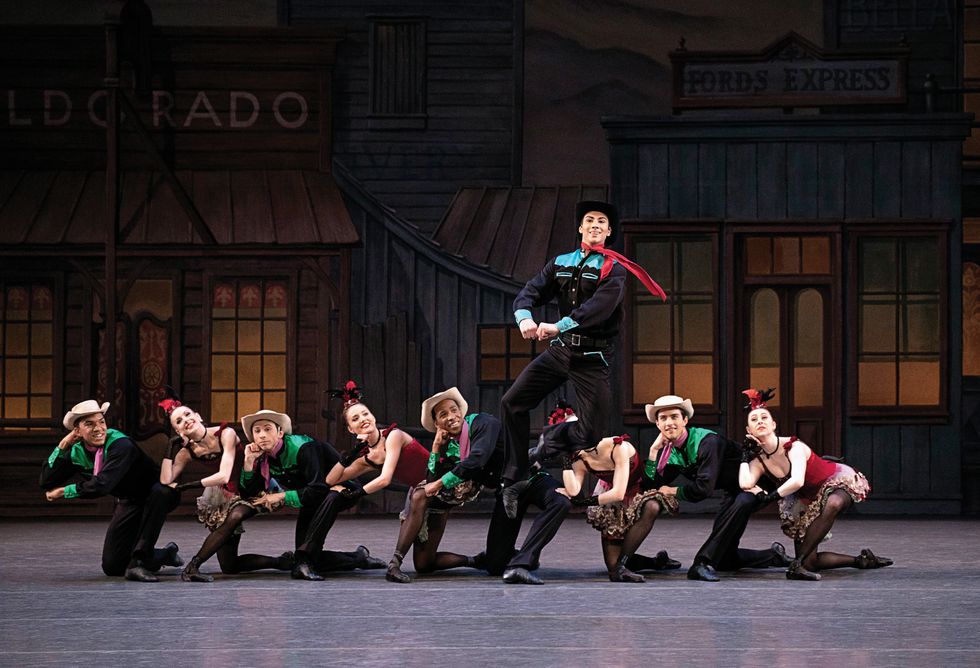 For now, though, Mejia is patiently awaiting the next step in his career. He lives close to Lincoln Center with a roommate, fellow corps dancer Kennard Henson, and spends much of his downtime cross-training at the gym, which he thanks for helping him stay injury-free. On days off, he explores other neighborhoods, rides his bike, plays Xbox or reads. "We don't have much time off, so whenever I'm done with my day I just want to put my feet up," he says. In the future, Mejia hopes to attend college. "I like learning about the human body and muscles, so maybe I'd want to study physical therapy or personal training," he says.

The rest of Mejia's goals will play out on the stage. Despite being cast in roles like Puck and Candy Cane, he hopes to be a truly versatile dancer, just as comfortable in the role of a jester as he is as a prince. "I need to work on shaping my feet. I want to be a white-tights dancer, super-clean, in roles like Apollo," he says, smiling wistfully. And though he dreams of rising up the ranks at NYCB, he's taking it one day at a time. "My mom always says 'You're only as good as your last show,' " says Mejia. "You can't just keep going out there. You have to keep getting better."