As the dancers processed through downtown Orlando—smiling, laughing, heads held high—Orlando Ballet artistic director Robert Hill allowed himself to relax and take in the moment. It was 2013 and the company was headed toward its future.

Rising from the rubble of a construction site was the Dr. Phillips Center for the Performing Arts. The dancers were about to see their new performance space. “It was a game changer," Hill recalls. “I couldn't stop watching their faces."

The ballet had nowhere to go but up: A mold infestation, not uncommon in Florida's humid heat, had driven the troupe from its longtime rehearsal home. And every day seemed to bring new challenges, like instability in the company's business management and a cash flow that had slowed to a trickle.

Hill's mantra to his dancers stayed positive: “Let's hang on, everybody. We're going to get through this."

Three years later, the ballet rehearses in a lakefront building in one of Orlando's most prominent parks. But administrative and financial challenges remain. Hill has high hopes, though, that the company will grow stronger under new executive director Caroline Miller, who arrived in the fall.

She was hired through efforts by Michael Kaiser, a former president of the Kennedy Center who has helped arts groups, like London's Royal Opera House and American Ballet Theatre, overcome financial struggles. Miller's priorities include the construction of a bigger complex for rehearsals, offices and the Orlando Ballet School, as well as shoring up the financial picture.

Her dance background bodes well for the company, which has had numerous executive directors in recent years. “It's the first time for me to have someone in that position who not only knows the business side but understands the art form," says Hill. 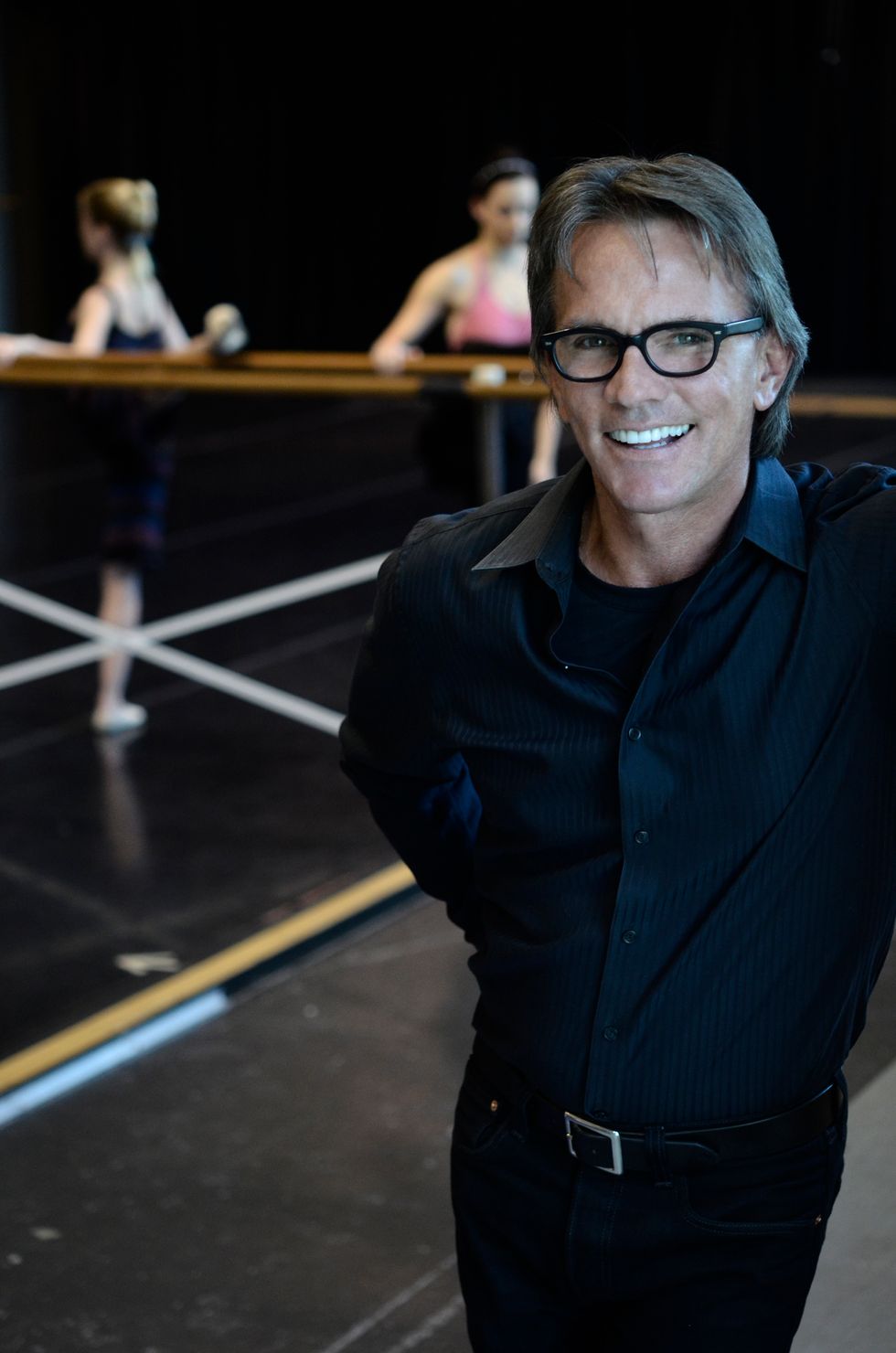 His own resumé includes stints as a principal dancer with ABT, The Royal Ballet and New York City Ballet before he became artistic director of Mexico's Ballet de Monterrey. His 2009 arrival in Orlando came at a tumultuous time for the troupe, founded in 1974. Previous artistic director Bruce Marks had resigned abruptly after two years, and the company was still mourning the sudden death of Marks' much-loved predecessor, Fernando Bujones.

Now, with Miller on board, Hill can focus more on artistic goals, like bringing in work by outside choreographers. Michael Pink's Dracula and Val Caniparoli's A Cinderella Story are on this season's schedule. Hill also hopes to add more performance opportunities. The troupe will dance in Winter Garden, a nearby city, and will continue a series of informal, intimate shows at a downtown Orlando nightclub.

In the studio, Hill has high expectations and insists everyone take company class. “I've seen places where dancers go through that lackadaisically," he says. “Not here." Right after class, he likes to work on demanding roles. “For stamina's sake, it's good to push through duets, variations and solos."

“He definitely likes people who are dedicated, who go the extra mile," says Kate-Lynn Robichaux, who joined the company in 2011. What he doesn't like are attention-seekers or those unwilling to collaborate. “I need dancers with good technique, dancers who are developing their artistry," he says. “But I need them to be good people—no mean-spiritedness, no egos. Life's too short."

Last season, Hill coached company member Arcadian Broad as he choreographed and composed the music for a full-length adaptation of Beauty and the Beast. It was an unusual amount of responsibility and freedom for a company member, especially one who had just turned 20, but Hill believes talent should be nurtured.

In fact, he prides himself on individually tailoring training, trying different methods with different dancers. “It's a good sort of pressure," Robichaux says. “Because he has performed so many roles, he can give you his experience. He tells you about his interpretation, but then he lets you interpret in your own way."

Despite its relatively rocky past, the organization has had one constant: Orlando Ballet School. Known for training artistically and technically impressive young dancers, its students are frequent award-winners at competitions like Youth America Grand Prix. In 2014, it won the YAGP Outstanding School Award. This year, the American Dance Competition named it Outstanding School of the Decade.

Hill thinks the pieces are finally in place for the company to match the school's strength. “Things have continued to be challenging," he admits. “But the potential for the organization to blossom is powerful."

Orlando Ballet At a Glance

Number of dancers: 23, including 4 apprentices

Starting salary: $325 per week for appren-tices; $400 for full company members

The company holds auditions each February in New York City. Afterward, additional auditions take place in Orlando. Prospective dancers are also welcome to send video submissions throughout the year. Hill's primary focuses are solid technique and artistic versatility. “They have to be classically strong, but they have to be able to boogie," he says.