This is Pointe's Fall 2019 cover story. You can subscribe to the magazine here, or click here to purchase this issue.

Precious Adams is sitting in a deck chair in the sunshine of London's Olympic Park. She's on a break from rehearsing Christopher Wheeldon's Cinderella with English National Ballet, where she's been polishing up her comic timing for the role of Sister Edwina (they're not "ugly" sisters in this production). "Working with Christopher Wheeldon is a massive tick on my bucket list," smiles the 24-year-old as she tucks into her lunch.

The Detroit native joined ENB in 2014 and was promoted to first artist, one notch up from the corps, in 2017. For a dancer with such an impressive resumé, that may not seem like a meteoric rise—she trained at Canada's National Ballet School, the Princess Grace Academy in Monaco and Moscow's Bolshoi Ballet Academy before becoming a double prizewinner at 2014's Prix de Lausanne. So as she comes up to five years with ENB, is Adams frustrated not to be moving more quickly up the ranks? "I can't say yes or no because I don't really live with too much expectation," she says, matter- of-fact. "I don't like to be disappointed if things don't go exactly how I want." Rank is less important in this company, she says, because visiting choreographers cast whichever dancers suit the roles. "I'm okay to wait in line, to keep working," she says, "as long as I'm ready when opportunities come my way."

And those opportunities are now coming her way. Adams has been repeatedly singled out by the critics, who gave her the Emerging Artist prize at 2018's UK National Dance Awards, and her career is gaining momentum: Last season she was cast as the Chosen One in Pina Bausch's Rite of Spring ("It's raw and powerful and spiritual," she says); she danced the "Calliope Rag" with panache and pizzazz in Sir Kenneth MacMillan's Elite Syncopations; and over the last two years she's made her mark in ballets across the rep, from the wilting grace of La Sylphide to the strident modernity of William Forsythe's In the middle, somewhat elevated. A powerfully athletic dancer with deep-rooted classical sensibility, Adams' training has given her versatility: the articulated French footwork from her time in Monaco, the flexibility and expansive port de bras from the Bolshoi.

For Adams, the instinct to dance was always there. "When I heard music I always really liked to move, but it wasn't pretty," she says. She'd put a Vengaboys CD on after school and dance around the living room. At age 6, Adams started jazz classes with younger sister Portia (now a dancer with Les Ballets de Monte-Carlo), but it was clear she had a facility for ballet. At Michigan's Academy of Russian Classical Ballet, teacher Sergey Rayevskiy immediately saw her potential. "You can tell by a kid's physical ability and how their mind works whether they will make it or not," says Rayevskiy. "With Precious I knew from the very beginning." 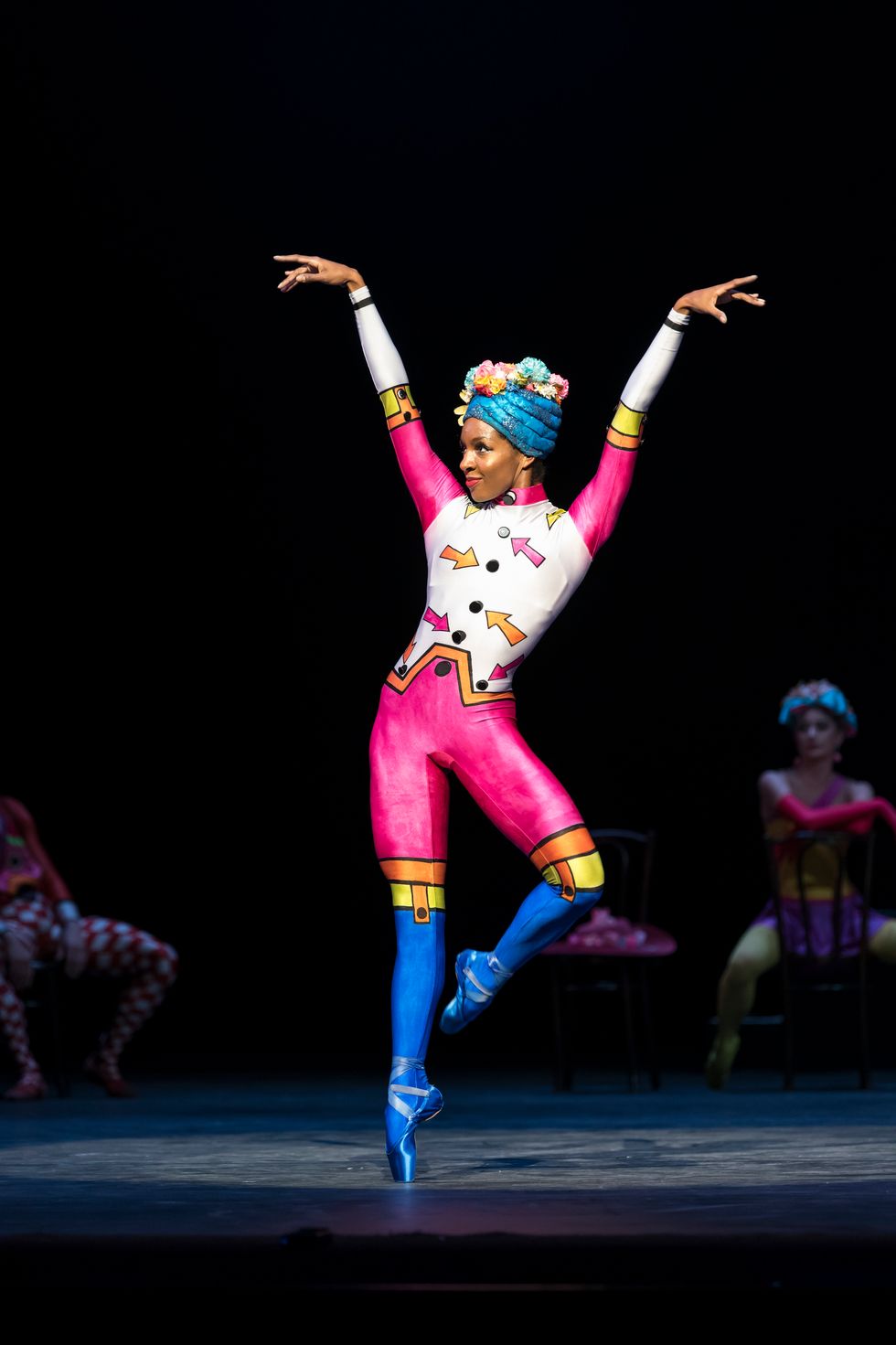 Adams' drive was also apparent. "When I was 9 or 10 I thought, I really like this. I need to take it more seriously," she says. Her mother, a dentist, and her father, an orthodontist, encouraged their daughters' artistic leanings and Precious' desire to leave home for full-time training in Canada at age 11. When she later won an apprenticeship to a company of her choice at the Prix de Lausanne, it was her mother who suggested she go to ENB, because the company had appointed a woman director, Tamara Rojo. "I'd never heard of ENB at that point," Adams admits, "but she thought it might be a good place to start, because it's so rare to have a female director."

In London, Adams has made a strong impression onstage, and she's been a poster girl for the company (she also does some modeling on the side, when she has the time). Last year, one striking publicity shot for Swan Lake featured Adams looking gorgeous with her long swan arms, her dark skin contrasted against a white tutu. She wasn't performing Odette/Odile, though, and fans on social media called out the company for using a black dancer to prove their woke credentials without actually casting her in a lead role. Adams, however, points out that it's common for the dancers on ENB's posters not to be cast in the parts they're portraying. "It's about grabbing attention, creating an aesthetic," she says. "I'm not going to bog myself down thinking, Oh, gosh, am I being exploited?" 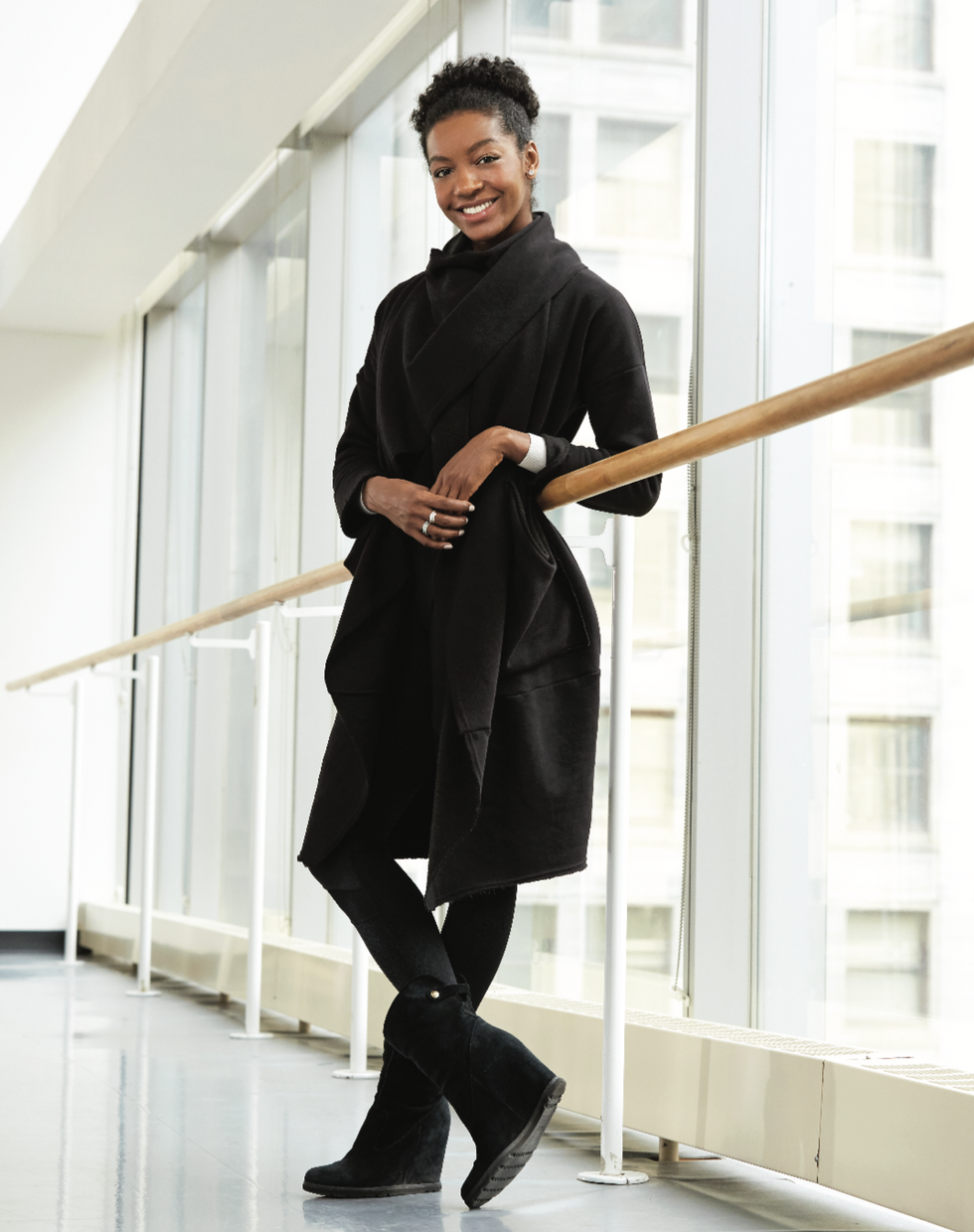 "I'm okay to wait in line, to keep working, as long as I'm ready when opportunities come my way," says Adams.

Adams, who experienced racism while training in Russia, sometimes has opinions on race that she wants to share. "But then my opinions can change," she says. "Real-life situations can fundamentally change your core beliefs, which is hard, because once you put something out there it's on the internet forever. People are like, 'But you said...' Well, I might be thinking differently now."

She did stick her head above the parapet on the subject of tights with her decision last year to wear brown, skin-colored tights rather than pink ones for all her performances. It didn't make sense to her to break up the line of her body, and the decision was supported by ENB, but not all traditionalists agreed. "There are still a lot of black dancers who don't understand why I want to wear skin-tone tights," she says. "They don't see the need. In my mind, it's so logical."

Adams is a logical woman. Even though she's admittedly not a planner, I ask her where she'd like to be in the next decade or so. "It's hard," she says, "because what I want is probably so unrealistic, I don't even like to say it." I assume she's thinking about major principal roles, but she has other ideas. "I know I want to have a family, I want to own property, I want to have a master's degree," she says. "A small business, so that when I transition out of my dance career it's not this devastating thing." 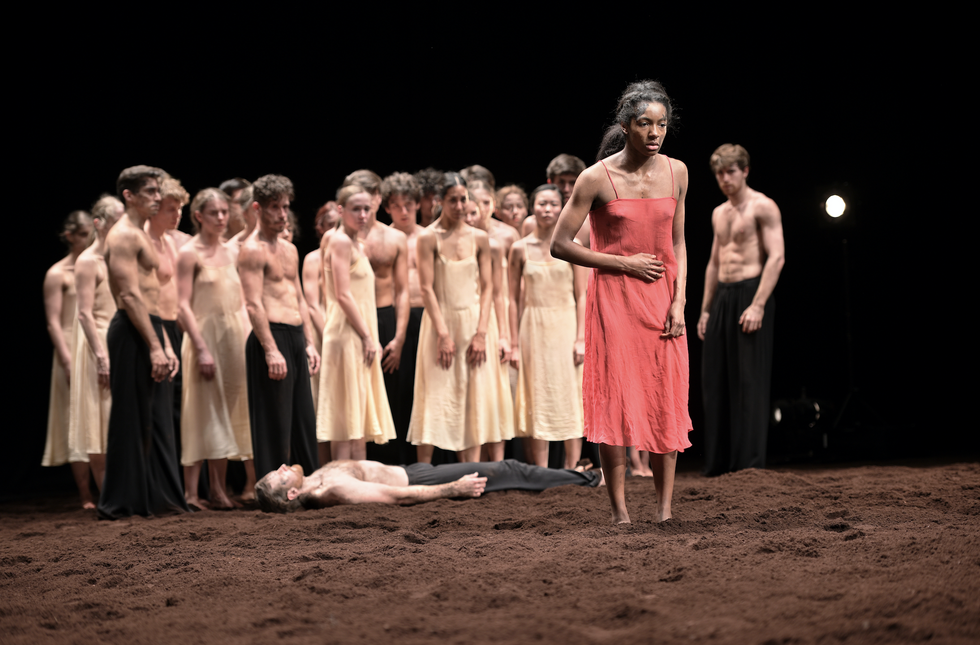 Adams as The Chosen One in Pina Bausch's Rite of Spring

Hang on, that sounds like someone making plans to me. Adams clearly sees the bigger picture in terms of her happiness. "I've heard [ENB principal] Alina Cojocaru talk about how she's gone through periods where she was sick with anxiety before going onstage. All that pressure that can come with being a principal dancer, for it to go from something that you love to a burden. It's just ballet," she says. "I mean, it's my whole world," she quickly adds, "but I would hate for it to become something that causes me grief."

Not that there's any doubt Adams is wholly committed to her vocation. Friends and coaches all talk about her work ethic. "She's such a hard worker, the determination there is incredible," says ENB's artistic coordinator Jane Haworth. "Every time I see her she's doing exercises," agrees fellow dancer Fernando Carratalá Coloma. "She really pushes herself in rehearsal, and she's always really focused." 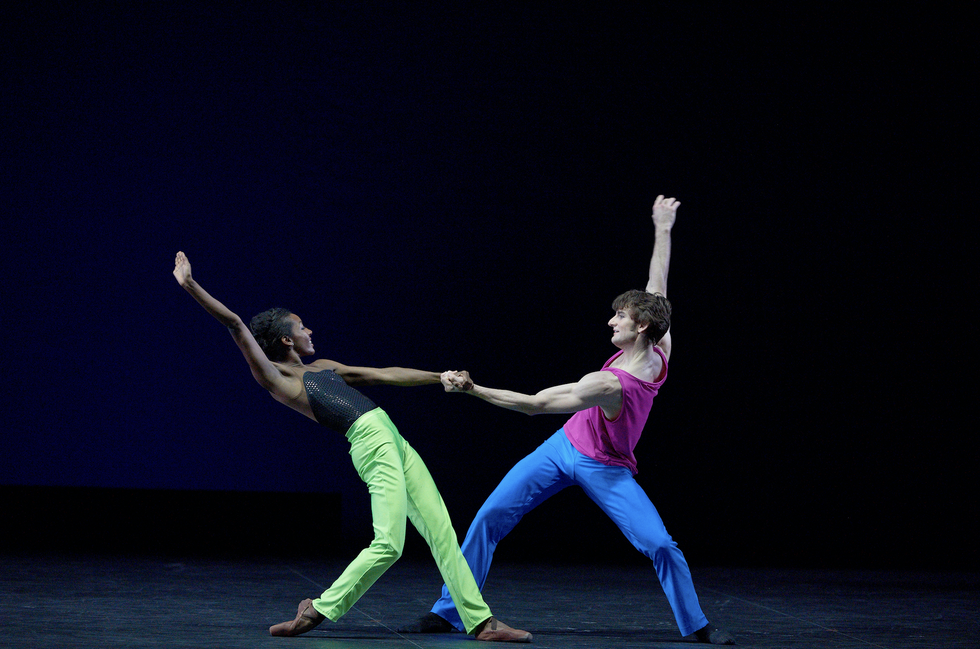 Yet for all that serious focus, they also tell me how funny Adams is. She jokes dryly in our interview when I ask what she does outside of dance. "I wish I had a really interesting answer for you. 'Oh, I paint these beautiful murals!' But I don't. I just read, cook, watch Netflix."

There's little time for much else until she's ticked some more items off her bucket list: "I want to be Juliet someday," she says. "And Roland Petit's Carmen." She thinks for a moment. "And I want to do a lot of Balanchine, as well. Tschaikovsky Pas de Deux—I wanna do it!" And with her talent, drive and patience, it's hard to imagine she won't.

Training Around the World

English National Ballet first artist Precious Adams had an unusual training trajectory—throughout her adolescence, she studied full-time at three of the world's major ballet academies. "I have a really diverse understanding of the different syllabuses and techniques, which helps to make me a versatile dancer," says Adams.

english national ballet cover story precious adams
If you like us online, you'll love us in print!
Instagram
Pointe Magazine