Get Serious: Your Next Training Step Could Be Key. Here are Three Pre-Professional Students' Choices

Grace Haskins in a PNB School performance of Balanchine's Serenade

At a certain point, you need to take your training to the next level. But with so many options available, how do you know what type of pre-professional program is right for you? For instance, would you rather receive detailed, one-on-one instruction from a private coach or work at the school affiliated with your favorite ballet company? Ramping up your training often requires moving far away from family, or tough financial sacrifices from your parents. Plus, there's that little thing called high school to worry about.

Keep in mind that each option comes with pluses and minuses. For instance, a boarding school may provide supervised housing but lack company exposure. Meanwhile, a company program may offer exciting performance opportunities, but no academic or housing component. To give you an insider's perspective, Pointe took a look at three students enrolled in three different, but fairly typical, training programs. We then broke down their dance schedule, academic life, costs and living situation into chart form to let you see what each approach entails.

Sixteen-year-old Alonso Olvera-Gonzalez wanted an all-in-one environment. He moved away from his family in Los Angeles to train at The Harid Conservatory in Boca Raton, Florida. “The dorms and academics are all built into the dance program," he says. “My mom felt more comfortable with that, too."

Others want more of a company affiliation—and a chance to perform alongside their heroes. “PNB has always been my dream company," says 19-year-old Grace Haskins, a Professional Division student at the Pacific Northwest Ballet School. “It's so fulfilling and humbling to be on the same stage as the people I've grown up admiring."

Fifteen-year-old Aran Bell, who is joining American Ballet Theatre's Studio Company this fall, turned down scholarships to traditional programs to study privately with New York City–based teacher Fabrice Herrault. “In a group class, it's hard for the teacher to focus on everybody," says Bell, who's worked with Herrault on and off since he was 7. “One-on-one, you can pinpoint all of your problems. You never grow into a bad habit because he's always on you."

Take a look below to see how these three dancers' training programs actually work. 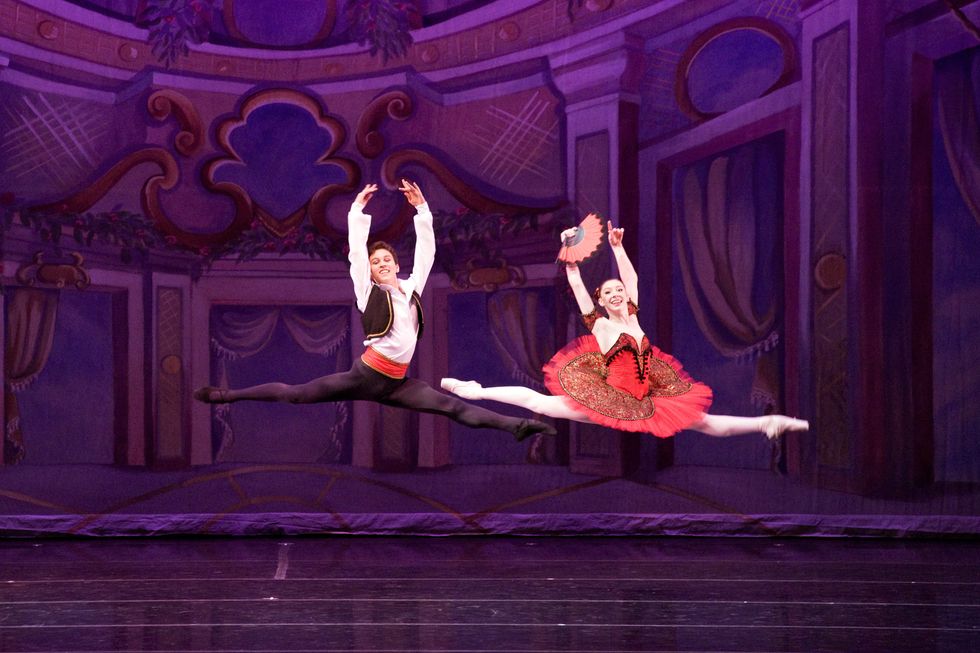 Julie Doering and Alonso Olvera-Gonzalez in Harid's production of The Nutcracker, Act II

Housing: Harid provides a coed residence on campus (with separate male and female wings) that are supervised by five full-time RAs, as well as part-time help. RAs are also responsible for providing transportation (students are not allowed to drive). "There's two of us to a room, and each room has its own bathroom," says Olvera-Gonzalez. The residence also includes three large leisure rooms and a dining hall, and each leisure room has a TV and Blu-ray player. Dancers in Olvera-Gonzalez's age group must be in their wing of the residence by 9:30 on school nights, and in their rooms by 10:30.

Academics: Harid is a recognized high school by the state of Florida. From 8 am to 12 pm, students go to the on-campus learning center, where they take four academic courses per semester through a virtual school program. (Their fine-arts requirements are gained through dance-related courses such as dance history, music, etc.) In addition to his online teachers, two academic mentors at the learning center supervise Olvera-Gonzalez's work and help him with questions.

Tuition and Fees: Tuition for the dance program is free. Fees for other expenses such as the academic program, room and board, transportation and dance supplies add up to roughly $14,500. The school offers need-based financial assistance.

Dance Schedule: After lunch, Olvera-Gonzalez has an hour-and-forty-minute technique class. He then takes either men's class (while the women take pointe and variations) or partnering, followed by two to three hours of rehearsal. "Tuesdays and Thursdays we have another class after rehearsal," he says, "which changes each year: either music, nutrition and kinesiology, or dance history." On Saturday mornings he takes a non-ballet class, such as modern or character.

Performance: Harid has two major productions per year: a program with Act II of The Nutcracker in December, and a classical and contemporary performance in May. Sometimes there are additional performance opportunities in the community. 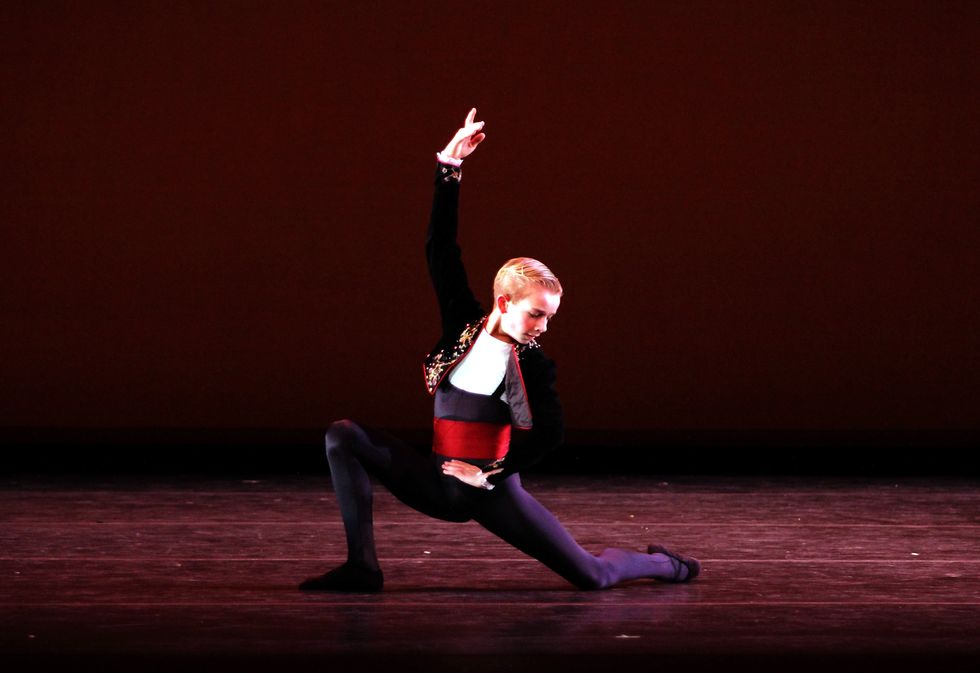 Housing: Bell lives at home, and commutes an hour each way into New York City for lessons.

Academics: "I've been home-schooled since second grade," says Bell, now a sophomore in high school. All of his coursework is through an online home-schooling service. "If I need help, I ask—you can Skype your teacher if you have a question." Since he dances during the day, he devotes his evenings to schoolwork.

Tuition and Fees: Private coaching is typically more expensive. Herrault, who works one-on-one with several students, uses a sliding scale. "I will give students a special rate, for instance, if they study with me every day," he says. Most of his students are younger and move on to high-level pre-professional programs after one or two years. "Aran is a special case."

Dance Schedule: Bell commutes into the city to take Herrault's open class at Steps on Broadway six mornings a week. They then head to Herrault's studio, where he takes Herrault's smaller group class (about 12 students) from 2 to 4 pm. Afterwards, they work privately on variations or class combinations. "We work on partnering, variations or technique, depending on the day."

Performance: Since Bell is not associated with a school, he seeks out his own performance opportunities. That includes competitions like Youth America Grand Prix, where Bell won the top prize in the junior division in 2011. He's also received invitations to perform in galas throughout the world alongside professional dancers. "Competitions can be very good stage experience," he says, although he competes less now to focus more on his training. Last year, he danced with Intermezzo Dance Company, directed by ABT soloist Craig Salstein. 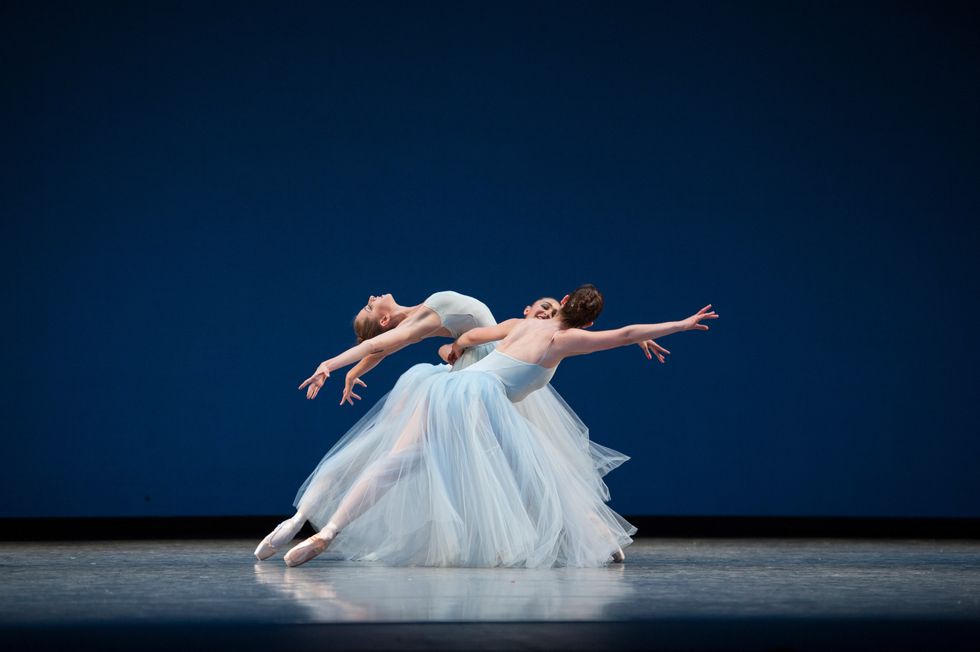 Housing: Haskins, a Seattle native, lives at home. PNB does not provide year-round housing for PD students. Denise Bolstad, the school's administrative director, notes that most share apartments in a residential area within walking distance of the studio. Rent for a Seattle one-bedroom apartment averages $1,400 a month.

Academics: Most PD students, who range from age 16 to 19, have already graduated from high school. For those who haven't, PNB requires them to finish through an online program or make other arrangements. As a junior, Haskins enrolled in Running Start, a two-year program through Seattle Colleges that allowed her to fulfill both high school and college requirements. "Sometimes you can do online classes, but this year I went to night school," she says. After rehearsal on Monday nights, she often had a four-hour lab class until 10 pm; other evenings were devoted to other classes, homework and studying. She graduated in June with both a high school diploma and an associate's degree in science.

Tuition and Fees: Haskins is on full scholarship at PNB (tuition is $8,100 per year), while her Running Start courses averaged $107 per quarter. The majority of PDs are on scholarship, and some receive a stipend to help with living expenses. Bolstad notes that most rely on parental support, as their schedule leaves little time for outside employment.

Dance Schedule: Haskins begins each day with technique class at 9:30. The rest of the day varies, depending on whether she's rehearsing with the company. If she's cast in a PNB production, she has rehearsals from 12 to 7 pm. If not, she has pointe, variations or partnering class from 11 to 12:30, followed by a second technique class later in the afternoon. She also takes technique and modern classes on Saturday.