This year marks the 50th anniversary of George Balanchine's Jewels, and companies around the world are paying homage. While last summer's Lincoln Center Festival collaboration with New York City Ballet, Paris Opéra Ballet and Bolshoi Ballet was all glamour and excitement, Pacific Northwest Ballet is taking a reverential look back in advance of its opening performances next week.

It's especially heartening to see the French-born Verdy, who died in 2016, leading "Emeralds" rehearsals. Wearing her trademark red slippers, she talks about the subtlety of her variation's port de bras, and the push-pull, "yes-no-yes" energy of the pas de deux. Later, she explains how Balanchine adapted to his individual dancers. "You have a text, but nobody's going to recite it the same way," she says. "And that's the freedom Balanchine allowed us to have also, because he was at the service of the dancer's talents."

Another fun fact? Balanchine allowed Mimi Paul to choose between two pieces of music for her "Emeralds" solo. She recalls the excitement of being in the studio alone with him during its creation, noting that the process was "actually very easy." While rehearsing "Rubies," Villella stresses—and physically demonstrates—how jazz makes up its essence, while d'Amboise reveals that the final kiss in the "Diamonds" pas de deux was originally his idea. 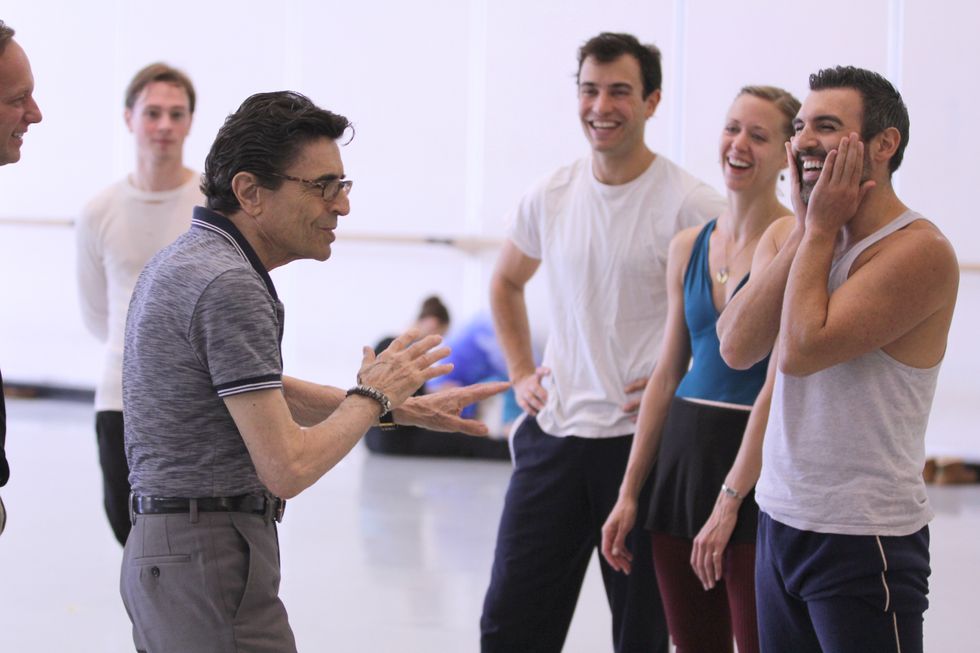 Watching these master artists share their knowledge—especially in light of Verdy's passing—underscores the importance of cherishing our history, and the responsibility we have to pass it on to future generations. "It's just like getting a whisper of that time, what that time must have been like," says PNB principal Jonathan Poretta. "These are the greats—they don't make them like that anymore."