“Les Petits Rats”: Inside the Lives of Two Students at the Illustrious Paris Opéra Ballet School

As a little girl, Hortense Millet-Maurin fell in love with the wide spiral staircase that dominates the center of the Paris Opéra Ballet School. Today, as a focused 15-year-old POB student, she and her classmate Vincent Vivet navigate the school's spacious architecture on a daily basis. In a hallway strewn with foam rollers and tennis balls, their faces are laced with concentration as they prepare alongside their peers for afternoon ballet class. Color-coded uniforms reflect Vivet's and Millet-Maurin's third division; with only two advanced divisions remaining, they are increasingly close to realizing their professional aspirations: joining the Paris Opéra Ballet. Pointe spoke with these two young dancers to see what it's like studying inside the world's oldest ballet academy. 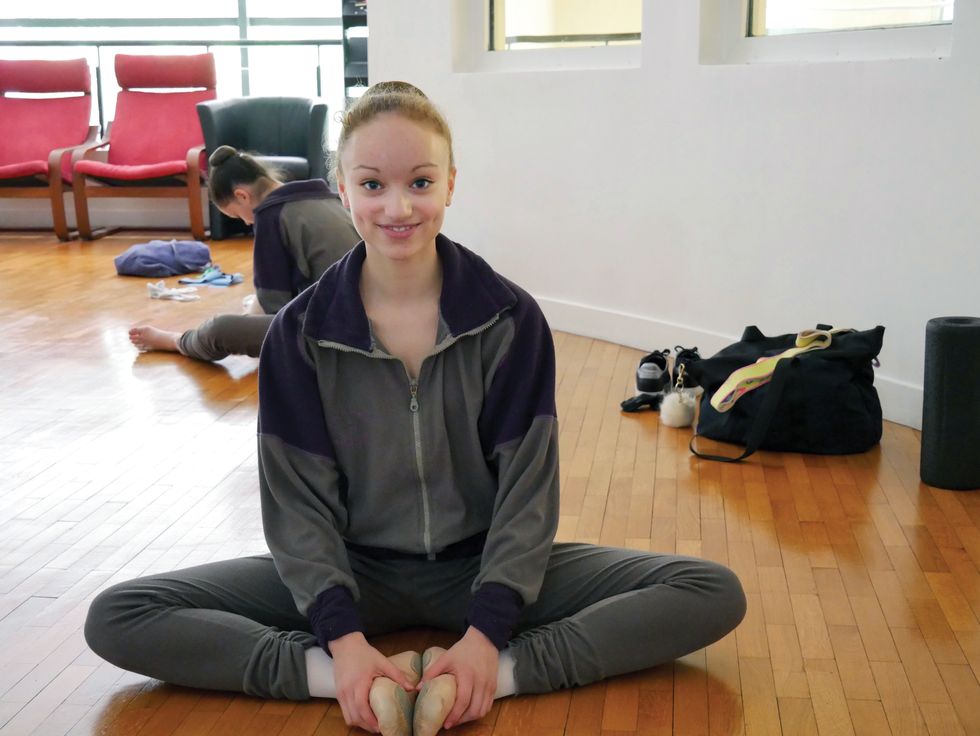 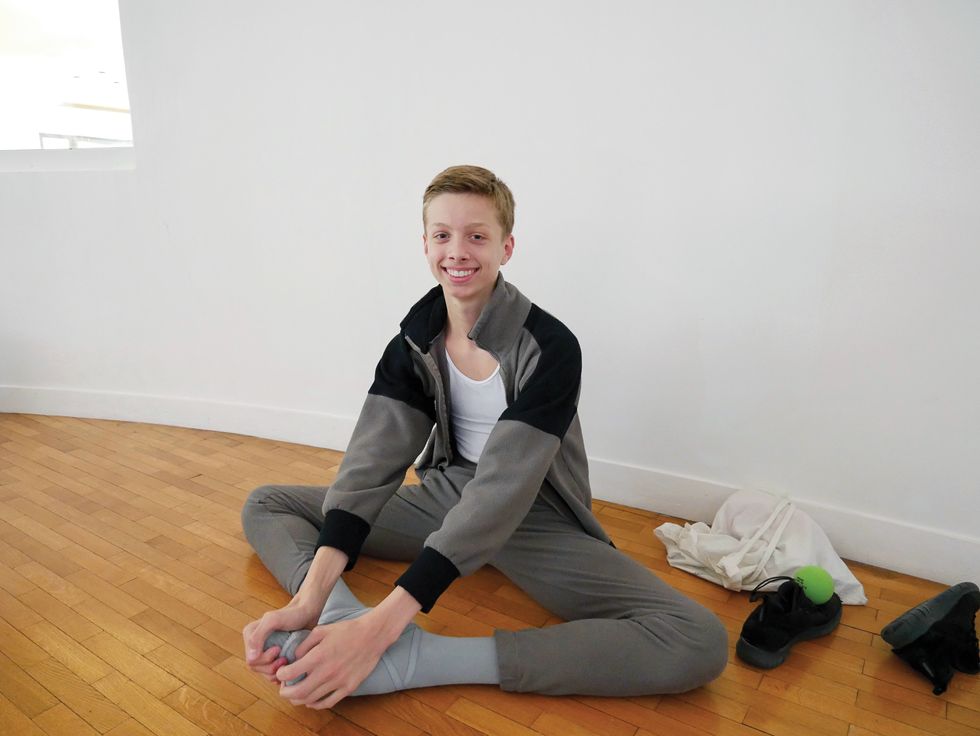 Nestled near a public park in the Paris suburb of Nanterre, the POB School campus conveniently houses 12 general education classrooms, 12 dance studios, 50 dormitory rooms, a cafeteria and a 300-seat theater. Millet-Maurin and Vivet were both admitted to the school as children, undergoing a physical exam and an entrance audition to win a highly coveted spot. (There are about 18 to 28 students in each of the division levels.) Both dancers say their admiration for POB is what inspired them to apply. "I've grown up watching the company, so it's very special to me," says Millet-Maurin, who first began studying ballet at her neighborhood studio. Vivet, now 15, auditioned for the academy following a summer intensive with some of the school's teachers. 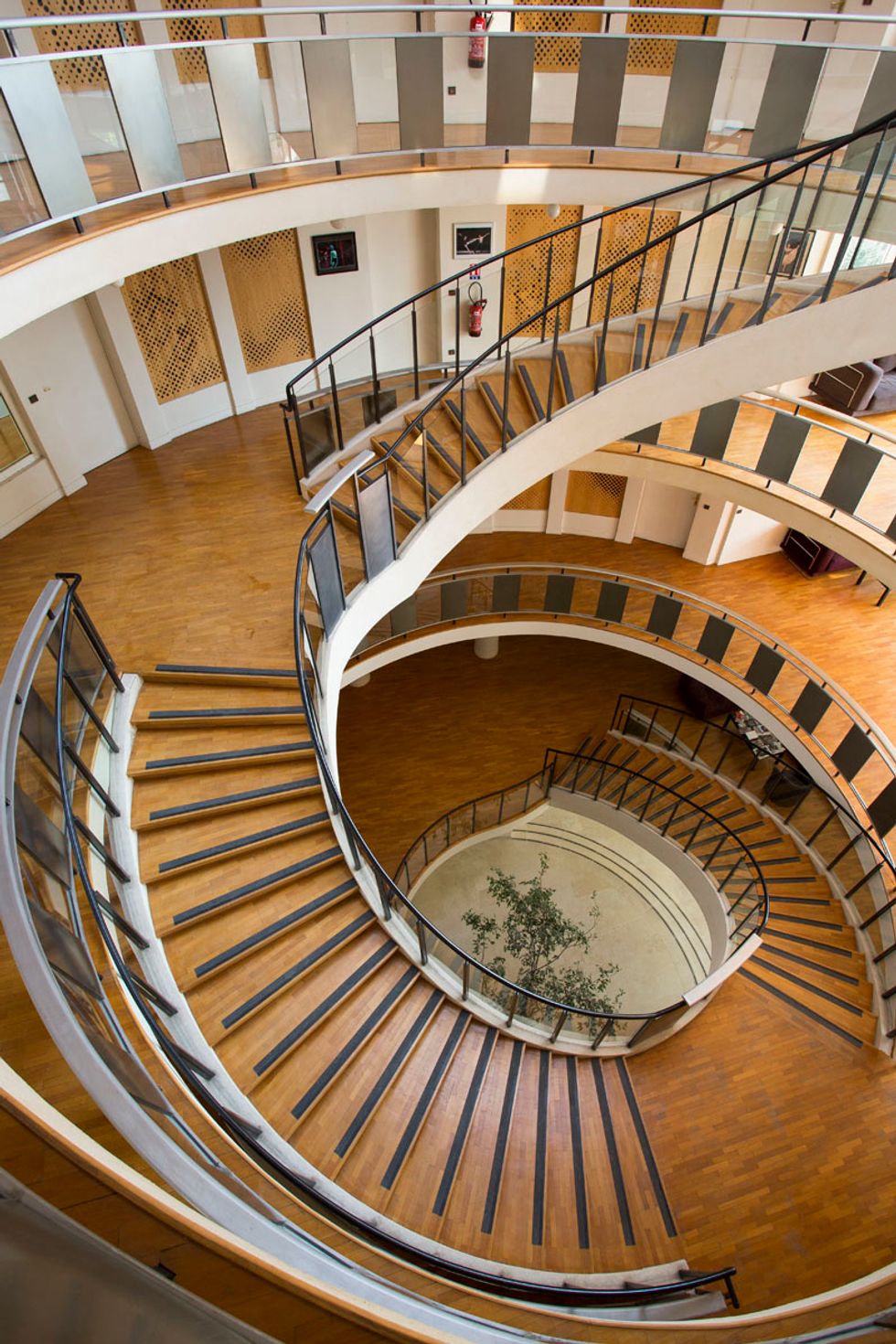 The POB School's spiral staircase. Fun fact: Paris Opéra Ballet School students are traditionally referred to as les petits rats, or "the little rats," an affectionate nickname that dates from a time when the school shared the same studios as the company in the Palais Garnier opera house.

In order to be admitted to the school, aspiring dancers must be between the ages of 8 and 13. Successful candidates first undergo a six-month to one-year trial period before officially being offered a place. (International students audition via the same admission process.) Older students under the age of 17 may enter the school via audition, but do not receive the same perks, including state-funded tuition and a closed internal audition for the Paris Opéra Ballet at graduation time.

A Day in the Life

For Millet-Maurin, who lives at home with her family in Paris, the day begins by braving morning traffic to arrive for her first academic class at 8 am. She doesn't regret living off-campus, though. "I love being at home with my family in the evening," states the soft-spoken teenager, whose younger brother also attends the school and is currently completing his trial period. 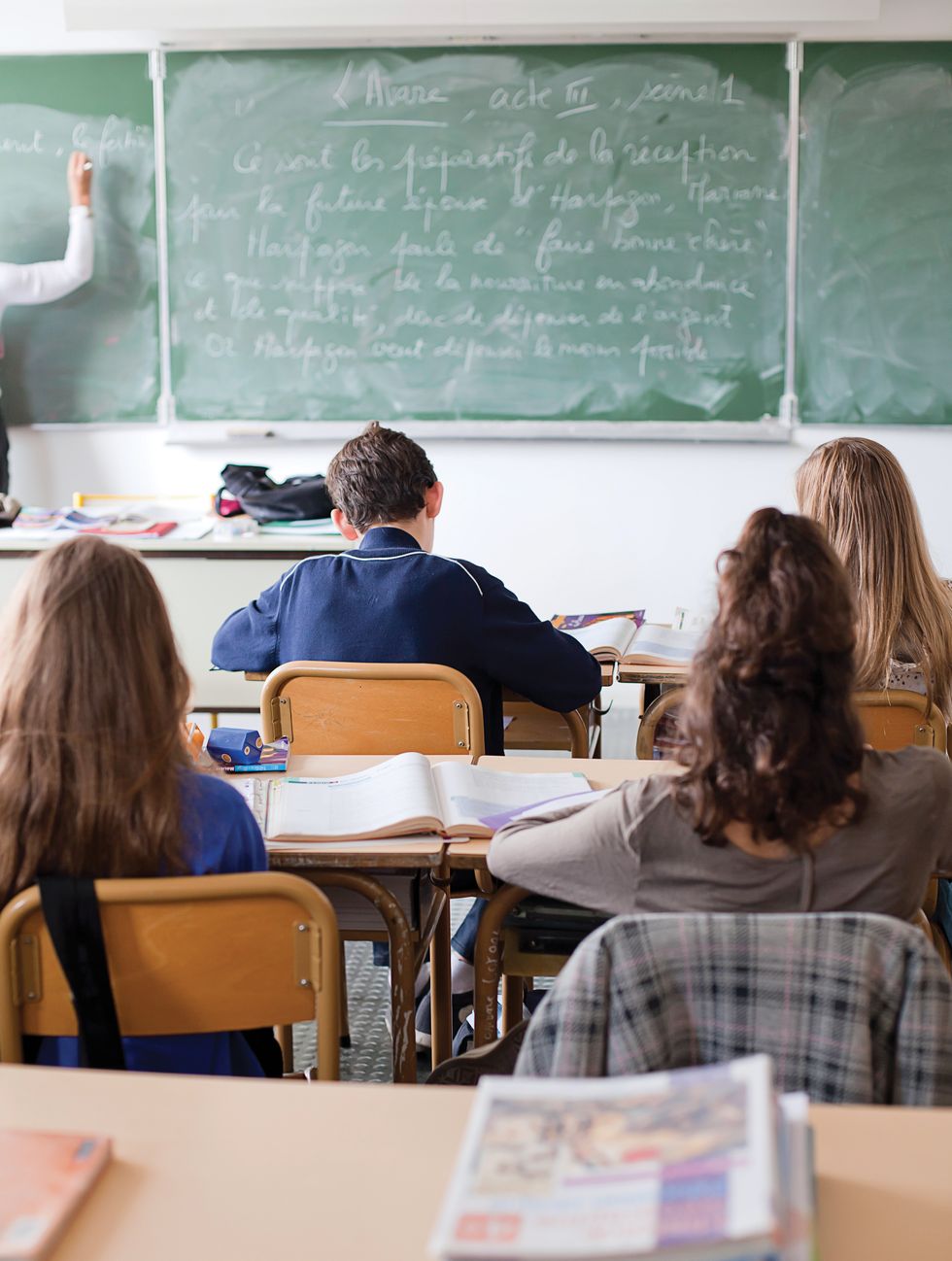 Students begin each day with academics

Vivet, who is from the South of France, lives in a nearby dorm suite with two other students. While he enjoys life on campus, he admits he misses the sunny weather in his coastal hometown. "My grandparents live in Paris, though, so I don't get lonely on the weekends," he adds.

All students have academic work until noon. Following a 90-minute break, everyone heads to the dance studios, where they are divided by gender and division, remaining with the same teacher for their daily technique class throughout the year. The French style is celebrated for its elegant épaulement and petite batterie, elements that receive ample attention during class. Millet-Maurin confides shyly that she loves to jump. Her teacher, Fanny Gaïda, a retired POB dancer, confirms this. She adds that Millet-Maurin is a discreet, hard worker, explaining, "it's often the quiet ones who truly come alive onstage." 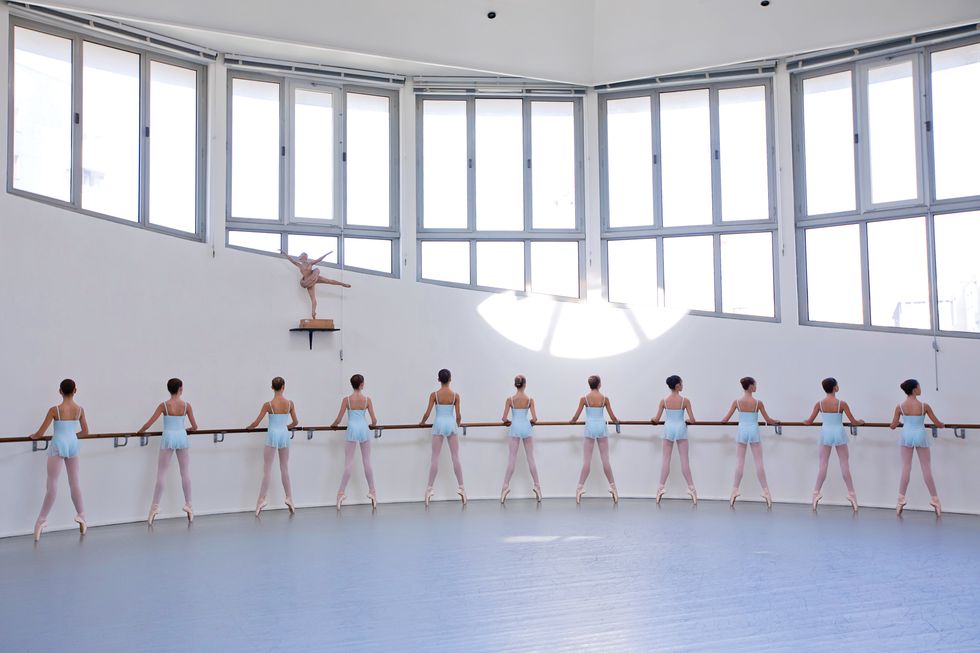 Rotating classes, including musical expression, dance history, anatomy, acting or a second technique class such as pointe, round out the day. Contemporary and jazz dance will be added at the next division level, which Vivet is looking forward to. Possessing a rare flexibility in his back and legs reminiscent of Sylvie Guillem, the cheerful student is a fan of John Neumeier and other neoclassical choreographers.

Elisabeth Platel, the school's director and a former POB étoile, notes that the third-division level represents an important step in the dancers' education. With only two levels remaining before graduation, technical demands increase, including speed and complexity. "But at this point, it's not only a question of talent and hard work," she says. "They truly have to want this." 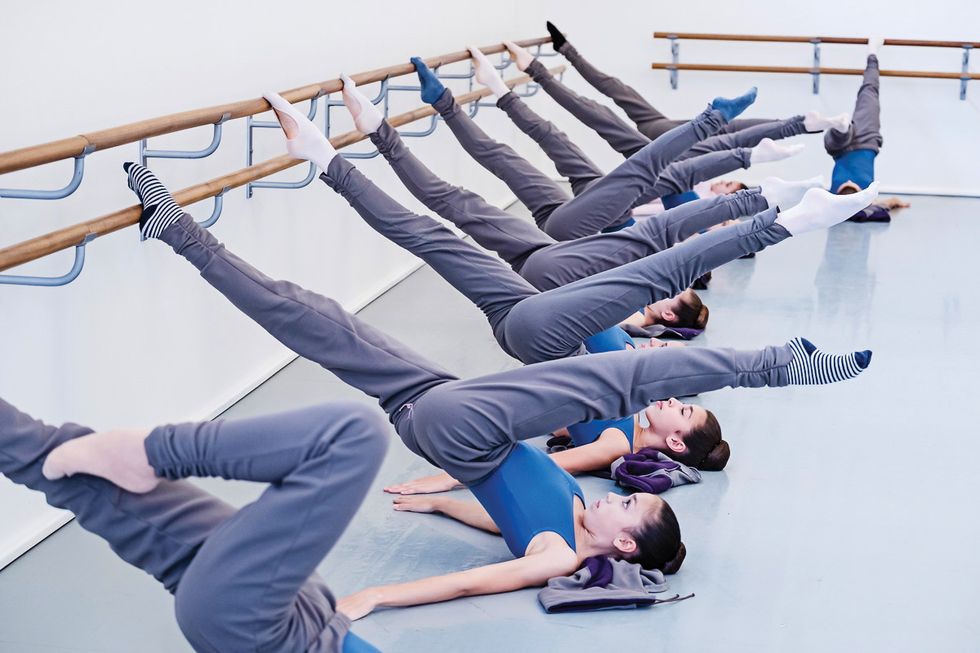 The academy's spring performance gives students a chance to share their hard work with the public. With rehearsals built into their day, preparations occupy much of the school year, including master classes that help acclimate students to a particular style or technique, such as Baroque dance or Bournonville. POB fans love to attend this annual event at the Palais Garnier because it provides a glimpse at some of the company's future dancers. But it's also a valuable experience for the students, who learn a diverse repertoire and benefit from the same performance conditions that the professional company enjoys, including live orchestra. 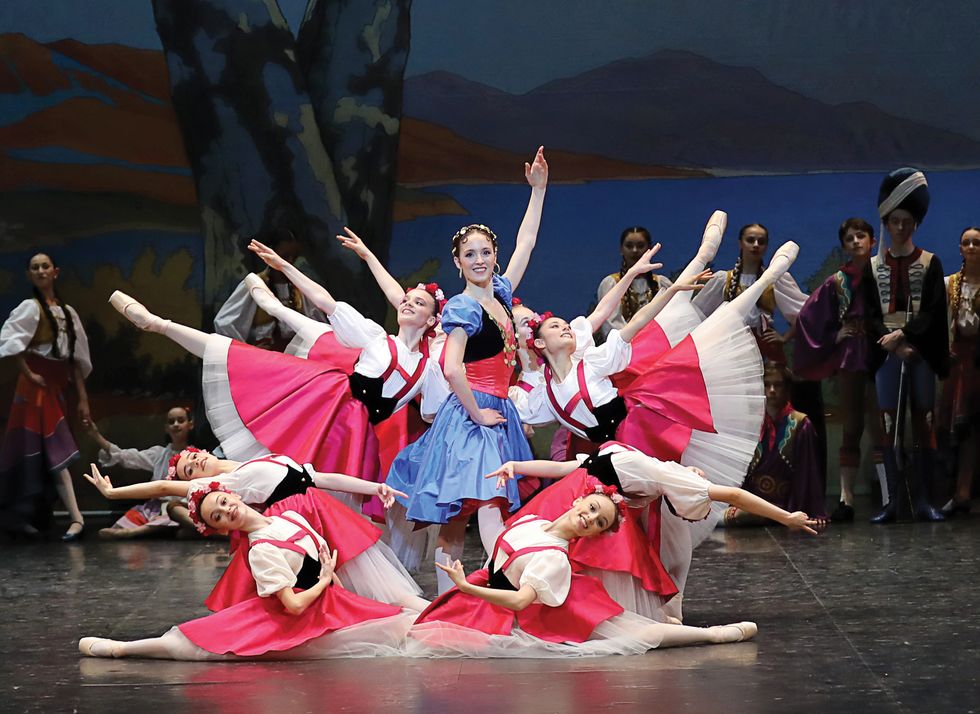 Millet-Maurin and Vivet both danced in August Bournonville's Le Conservatoire, a technically challenging ballet that resembles an Edgar Degas painting come to life, and Albert Aveline's The Two Pigeons, a comedic story ballet in the French 19th-century style. Both dancers agree that that there is nothing quite like dancing on the Palais Garnier stage. "It's magical," says Millet-Maurin. 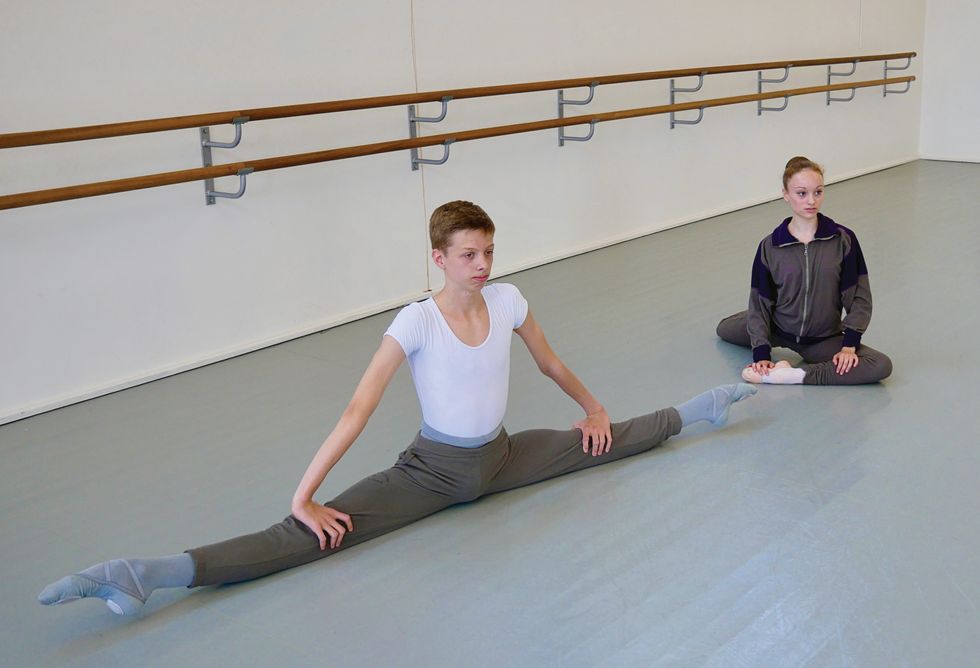 After completing their performances, the dancers take their yearly ballet exams—a popular topic before class. "It will be all right," smiles Vivet confidently in response to Millet-Maurin's apprehension. As part of their annual exams, all students perform an adage and two solo variations for an in-house jury. The results determine whether a student will pass into the next year, repeat a division or leave the school. Millet-Maurin sums up what both students aspire to, eventually: "Dancing with the Paris Opéra Ballet." But, she adds, "if it doesn't work out, there are other beautiful companies, too."

Spend your Summer at the Paris Opéra Ballet School

If you've set your sights on studying at the Paris Opéra Ballet School, you may want to consider auditioning for its summer intensive first. With the option of studying for one week or two, the program allows students from around the world to sample French technique on the academy's campus. Classes are taught by the school's regular faculty—all former POB dancers—and current company members, accompanied by live pianists. 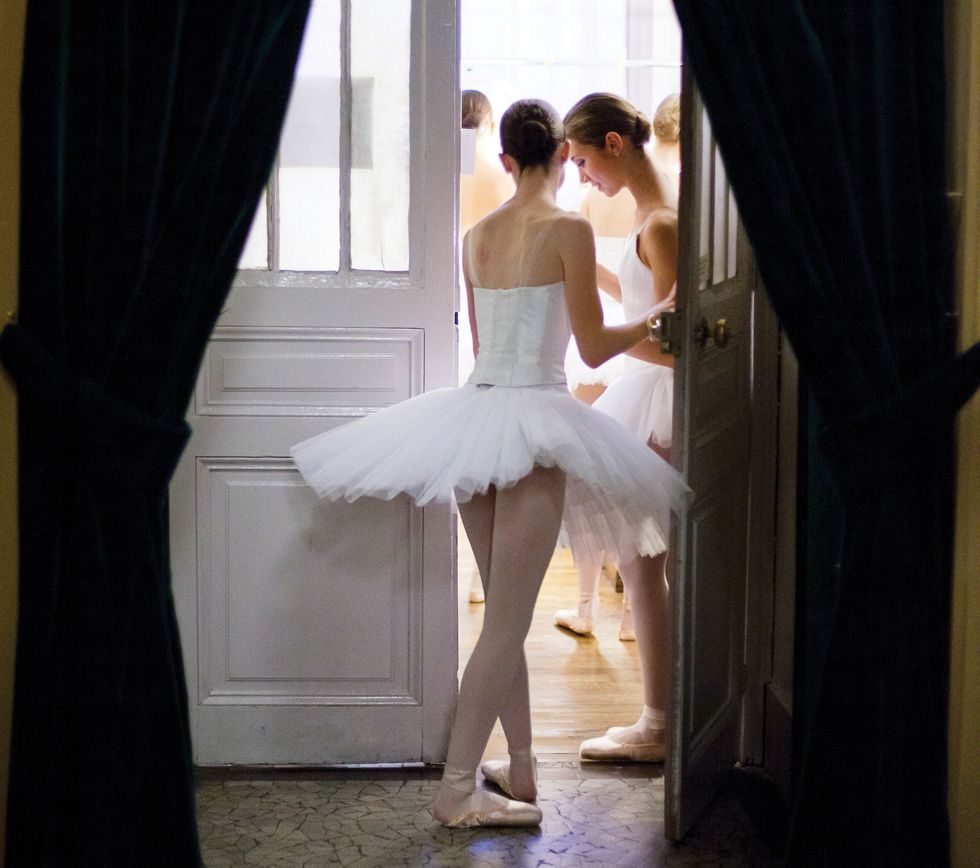 International students can audition for the summer intensive via video. In 2018, 277 dancers from 55 countries participated in the program, including 44 Americans. In contrast to some intensives, the POB School does not use its summer program to recruit full-time students. However, it gives dancers an opportunity to study the French style and see if it's a good fit. After all, American Katherine Higgins is currently dancing with the Paris Opéra Ballet and is an alumna of the school's first summer intensive in 2013.