"Who here is terrified of choreographing?"

It was a question posed by Pacific Northwest Ballet School teacher Eva Stone five weeks ago, sitting on the floor among her class of female summer intensive students. "Almost all of them raised their hand, but I said, 'Don't worry, I got you,'" says Stone. "'I'm going to give you tools and skills and you're going to build on them.' It's amazing how their perspective changed in five weeks."

Stone's choreography class, introduced into the summer program last year, served as a pilot for a new initiative at PNB School beginning this September. New Voices: Choreography and Process for Young Women in Dance is a year-round class dedicated to educating and encouraging 14 to 16-year-old female students in the art of dancemaking. Made possible through funding from the Virginia B. Toulmin Foundation, the 38-week course was created to help address the lack of women choreographers working in major classical ballet companies.

PNB School is one of several academies offering choreographic opportunities to its students. Houston Ballet Academy and the Chautauqua Institution, for example, hold workshops during their summer intensives, while Central Pennsylvania Youth Ballet and Ballet Academy East recently joined forces to create a choreographic exchange program. And School of American Ballet offers numerous choreographic projects for its dancers, including one for women. What makes PNB's initiative unique is its year-long scope and structured focus on composition. 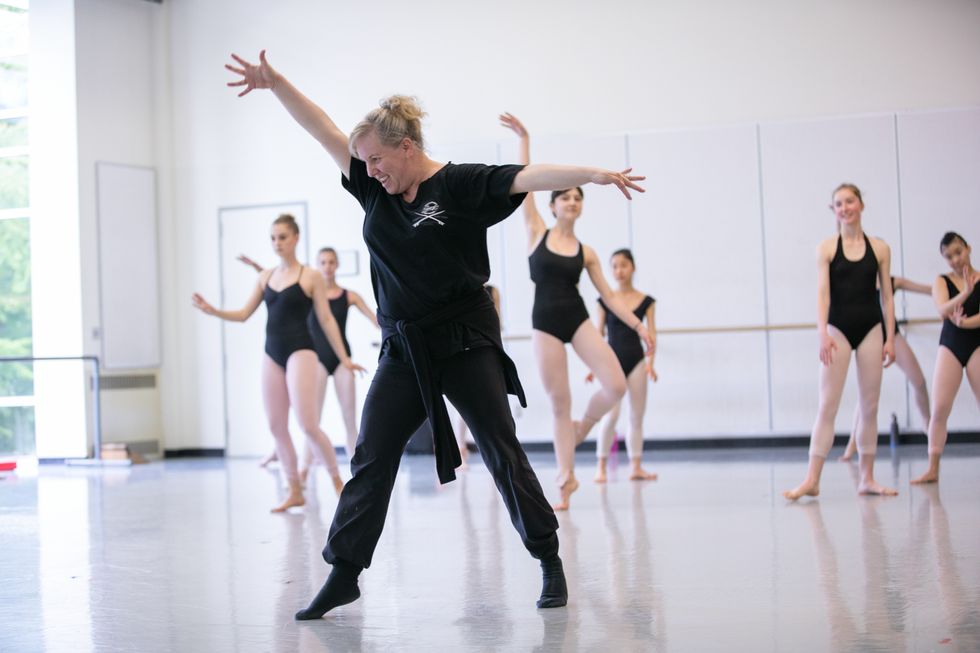 "I do post-performance Q&As, and questions I hear so frequently are 'Why aren't there more female choreographers?' or 'What can we do to ensure there will be more?'" says PNB artistic director Peter Boal. "As I think about this issue, I keep going further and further into the pipelines of empowerment, support and opportunity." He admits that, as a dancer, he not only had more downtime than his female colleagues, but male role models everywhere. "It was natural for me to think, Oh, I could be a choreographer. And I don't know if women in classical ballet have felt that."

Stone, a modern teacher and choreographer, says that she's seen companies present more work by women in recent years. "But I worry, do they have the skills or are they just being thrown out there?" Choreography, she adds, is more than putting steps to music: "It's a skill and craft that needs to be honed." Her course will introduce students to the main elements of composition (time, space and energy), which they'll explore with in-class and homework assignments. Dancers will present their movement studies to classmates for constructive feedback, and eventually show their work in studio performances. "I reassure them that not everything they make will be brilliant, and that's okay—it's part of the process," says Stone. "I think the major point of this is to have the courage to put yourself out there."

What about PNB School's boys? Boal admits he has mixed feelings about excluding them. "But for this pilot, the Toulmin Foundation wanted the girls to be in a separate environment," he says, adding that one of its funding missions is to help empower women. PNB has arranged for boys to have choreographic opportunities in their variations and modern classes.

A major ballet academy adding a choreography class into teen girls' dance education is a hopeful step towards initiating change. Yet Boal admits that there's more work to do. "I think it's very important for the directors of the world to realize that we're not there yet, we're not getting a hall pass—my upcoming season doesn't have enough female choreographers in it, and I think that's true of many ballet companies." But he's encouraged after seeing the dancers' enthusiasm in Stone's summer course, which will continue to be offered. For the girls, he says, "it was bigger than choreographing—it was finding another sense of self and expression."