In the Studio with Olga Smirnova: After a Yearlong Injury, the Rising Bolshoi Star Makes a Triumphant Return

Smirnova and Igor Tsvirko rehearse A Hero of Our Time. Photo by Quinn Wharton for Pointe.

Olga Smirnova's first three seasons at the Bolshoi Ballet were a whirlwind of debuts and creations, but it all came to a halt in 2014, when a foot injury took the Vaganova-trained prodigy out of action for nearly a year. During her break, Smirnova adopted a new approach to taking care of her body throughout the day, using Pilates and various floor exercises. When she returned to the stage last summer, in Yuri Possokhov's new full-length ballet A Hero of Our Time, it was with a newfound maturity. “Maybe I needed this break to reflect after such an intense period," she says. “I think I grew up more than in the previous three years."

A Hero of Our Time puts a modern twist on a popular 19th-century Russian novel by Mikhail Lermontov and its hero, Pechorin, who encounters a series of women. Pointe went backstage with Smirnova as she worked with Possokhov and theater director Kirill Serebrennikov on the role of Bela. With the help of her coach, Marina Kondratieva, she used her expressive lines and port de bras to lend depth to the character, a proud Circassian princess.

And the creations keep coming: This winter, she spent a month in Monaco, where Jean-Christophe Maillot devised a new part for her in Les Ballets de Monte-Carlo's Nutcracker Company. “I feel like Maillot and Possokhov are 'my' choreographers," she explains. “I feel so comfortable in their work that I would never miss an opportunity to go further with them."

All photos by Quinn Wharton for Pointe. 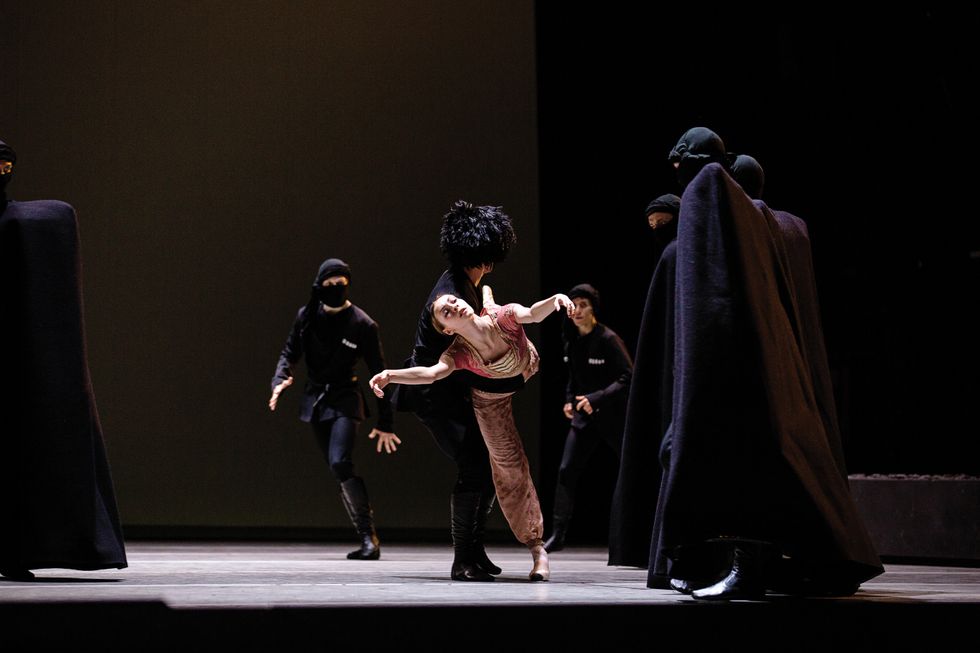 Rehearsing A Hero of Our Time at the Bolshoi Theatre.

Related Articles From Your Site
Related Articles Around the Web
igor tzvirko kirill serebrennikov yuri possokhov a hero of our time bolshoi ballet olga smirnova
If you like us online, you'll love us in print!
Instagram
Pointe Magazine