Disney's "The Nutcracker and the Four Realms" Is Not Your Typical "Nut," But Here Are 4 Reasons Why Bunheads Will Like It Anyways

If there's one thing that dancers know well, it's The Nutcracker. From the minutiae of the plot to the choreography to Tchaikovsky's timeless score, we've got it down.

Disney's new holiday film, The Nutcracker and The Four Realms, released in theaters November 2, is not a retelling of the ballet's story, and it's not a dance movie. Nevertheless, we think there's plenty in it for bunheads to love (like Misty Copeland). Don't believe us? First, watch this featurette featuring Copeland, and then read on for four reasons why you might want to take a break from your Nut rehearsals to head to the movies.

Disney's The Nutcracker and The Four Realms - "On Set with Misty Copeland" Featurette www.youtube.com 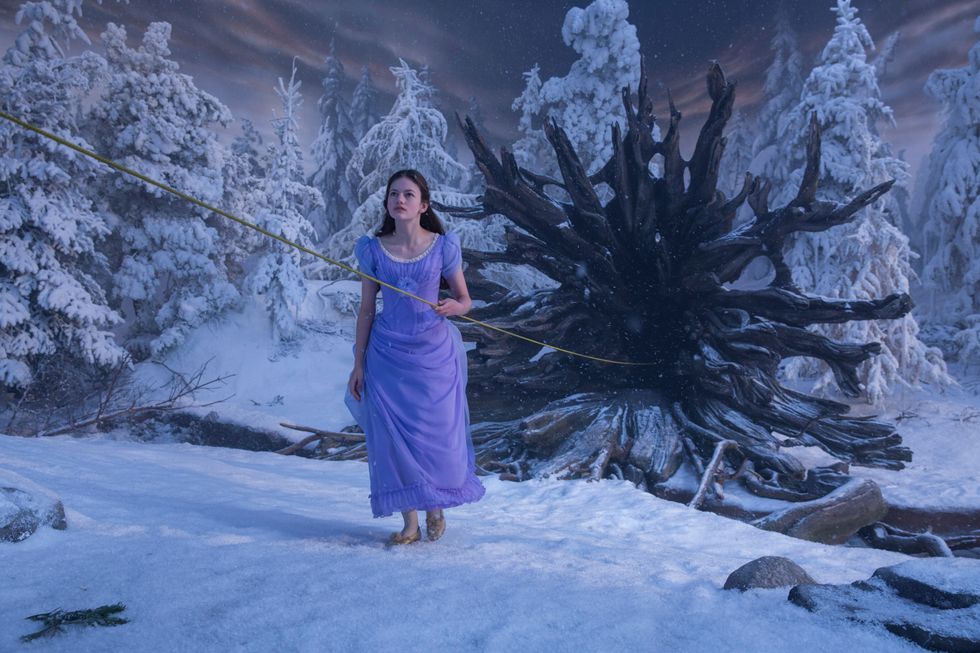 Familiar refrains can be heard throughout the film. Here's Clara, played by Mackenzie Foy, walking through a forest of Christmas trees. Photo by Laurie Sparham, Courtesy Disney Enterprises, Inc.

We know this scenario well: It's December, and you're walking through the aisles of your local grocery store when a tinny version of Tchaikovsky's "Waltz of the Snowflakes" is piped out over the speaker system. You immediately feel a mix of emotions: fear that you've missed your entrance, exhaustion and, of course, nostalgia.

The Nutcracker score is iconic. From the opening shot of The Nutcracker and the Four Realms through the closing credits, the film takes Tchaikovsky's music and mixes it up. Some parts will feel familiar: For example, the party music matches the party scene, and "Waltz of the Snowflakes" plays while Clara walks through snow. Yet some parts are entirely unexpected, with riffs that you've never heard before. While purists might take umbrage with this remix, we found it both pleasantly surprising and sweetly sentimental. 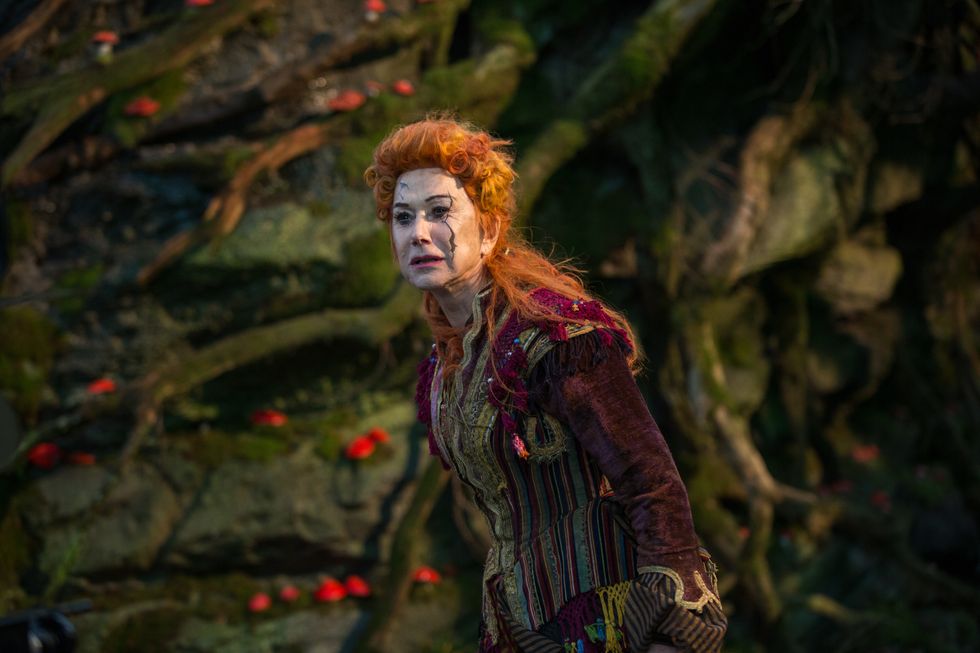 The Nutcracker and The Four Realms includes all kinds of references that only true balletomanes will pick up on. We've listed a few below. 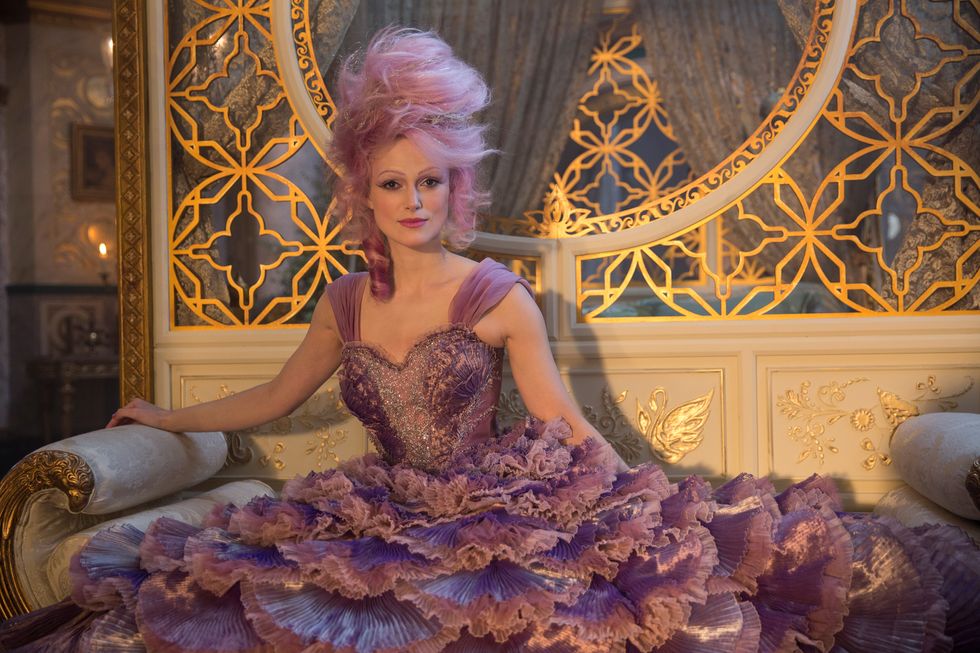 Costumes can make any dance production extraordinary, and the costumes in this film, designed by acclaimed Hollywood costumer Jenny Beaven, are sure to please. From Sugar Plum's frilly gowns to Clara's iconic nightgown, these costumes remind us of the sense of magic and joy that we felt as young Nutcracker-goers. 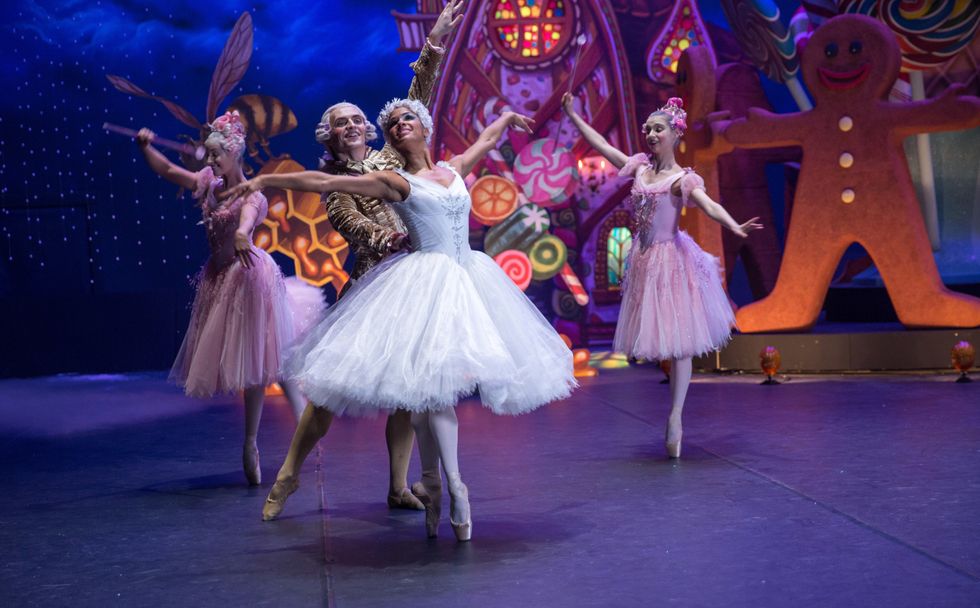 Misty Copeland and Sergei Polunin in The Nutcracker and The Four Realms. Photo by Laurie Sparham, Courtesy Disney Enterprises, Inc.

Last but not least, the dancing is what makes this film extra exciting. Misty Copeland plays the Ballerina Princess and Sergei Polunin the Dancer Cavalier. While dancing is by no means the main event and takes up only a few minutes of the film, The Four Realms gives Copeland a real chance to shine onscreen in choreography by Royal Ballet artist-in-residence Liam Scarlett. We especially love seeing close-up shots of her pointe shoes, broken in and scuffed by the floor; they show the authenticity of her performance. And don't leave the theater when the credits start to roll; they include an extra surprise appearance, reminding film-goers of The Nutcracker's ballet roots.

Related Articles Around the Web
nutcracker misty copeland nutcracker and the four realms
If you like us online, you'll love us in print!
Instagram
Pointe Magazine