My Nutcracker Breakout: How the Holiday Classic Boosted 4 Dancers' Careers

Here it comes—the annual Nutcracker marathon, a grueling race for the corps de ballet. But every year, a few young dancers face a surprising, yet thrilling, new test. With so many performances, directors can create multiple casts, and take a chance on corps members with budding potential. “If I have an up-and-coming corps dancer who's showing growth, dynamism, a new energy and strength," says Ballet West artistic director Adam Sklute, “Nutcracker is an excellent time to give her an opportunity to break out from the ensemble into a more leading role."

But adding a major role like Sugar Plum, Snow Queen, Dew Drop or the Prince to an already exhausting corps schedule is a daunting prospect. Dancing (and keeping pace with) experienced principals means conquering demanding choreography, partnering with finesse and connecting with the audience—tough challenges for those unfamiliar with center stage. But a successful debut can mean further opportunities and an eventual promotion. “If a dancer absorbs the details and refinement of the role, and brings a magical quality to the stage, that says this person is ready to move on to greater roles," says Sklute. Here, four leading dancers share how their Nutcracker breakout led to surprising self-discoveries and launched a new phase of their careers. 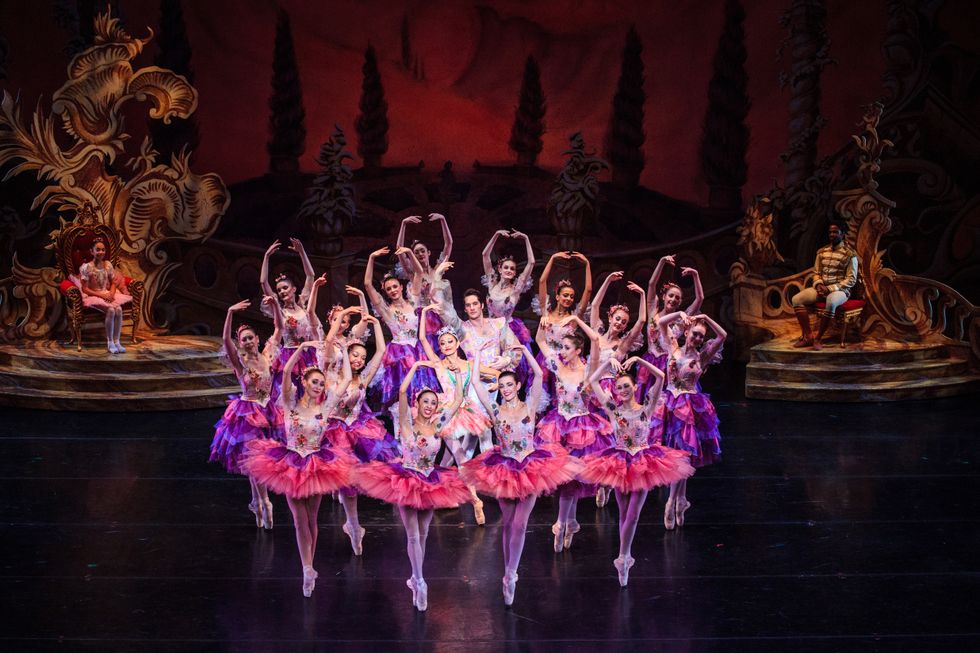 Ohtaki (center) and artists of Ballet West in "Waltz of the Flowers." Photo by Luke Isley, Courtesy Ballet West.

The first time I did Sugar Plum was also the first time I got a review. The writer said I looked "mischievous"—which I kind of liked! You don't think of Sugar Plum as mischievous, but I like being different than other people and creating my own style.

I love acting—it's my passion. But Sugar Plum was challenging because I simply didn't know if I had enough stamina. It looks cute and charming, but you never stop dancing, and it's pretty long (and Salt Lake City is at such a high altitude). We only had a week or two to prepare, and I was also doing all the other female parts in Nutcracker. But I couldn't be tired! I had to make myself eat, a lot, in order to recover my energy. Every night before bed, I'd think through all the roles I had to do the next day. It was a stressful month.

During my first show, I was really exhausted. Being nervous eats your energy, and it was scary to be so out of breath, feel my muscles cramping and not feel like I could finish my solo. I saw the other dancers watching me from the wings, and hearing them cheer me on gave me energy and a smile. Afterwards was pure joy! But later, I realized where I could do things better. I'm still fighting with that, but with Nutcracker, you always have another chance. It's a good time to grow.

The biggest reward was showing my director I could do a lead role. After Sugar Plum, my next big role was Kitri—and then I was promoted to soloist.

Related Articles From Your Site
Related Articles Around the Web
ji young chae michael sayre sayaka ohtaki allison miller nutcracker
If you like us online, you'll love us in print!
Instagram
Pointe Magazine