Houston Ballet first soloist Nozomi Iijima transformed into a Zen goddess in the pas de deux for Stanton Welch's Just, commissioned specially for Jacob's Pillow Dance Festival in August. Partnered by Chun Wai Chan, Iijima moved as if in a dream state, casting a deliciously hypnotic spell. It was as if she was literally pouring her weight from one movement to another. Welch's sculptural choreography brings out her most mesmerizing abilities. Even though the ballet is completely fluid, tension slowly builds to a crescendo until finally we feel the pain of loss that memory holds. Her stoic but powerful performance held the audience captive—it was the kind of dancing that you don't want to exhale during. 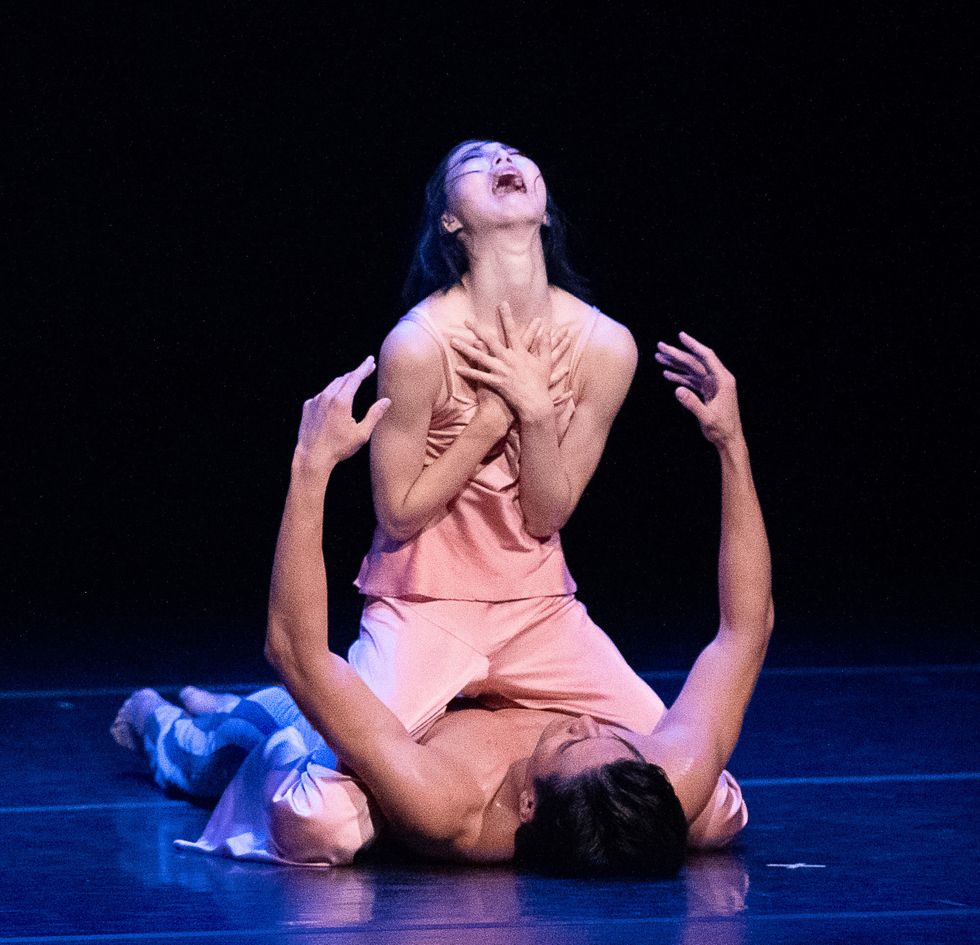 At Houston Ballet since 2008 (minus two seasons when she danced in Japan and Zurich), Iijima has always been an important muse for Welch. He created the lead on her for his Rite of Spring in 2013, and she made her Houston Ballet debut as Odette/Odile in Welch's Swan Lake in 2014. She's definitely one to watch this season.

Related Articles Around the Web
the standouts of 2018 chun wai chan houston ballet stanton welch's just stanton welch nozomi iijima
If you like us online, you'll love us in print!
Instagram
Pointe Magazine