On a crisp day in late October, the studio air is thick and hot as dozens of sweaty dancers finish up grand allégro at New York City Center. Despite the fact that many of them are jet-lagged, there is a palpable, positive energy throughout the studio. Teaching class is former New York City Ballet star Wendy Whelan, which seems fitting. The dancers, culled from eight major companies around the world, are getting ready for opening night of Balanchine: The City Center Years, a five-day festival highlighting the choreographer George Balanchine's early works.

NYCB was officially founded at City Center in 1948, 16 years before the company moved into its current, much larger home at Lincoln Center. Some of Balanchine's most groundbreaking works, such as 1957's Agon, were created while the company was in residence there. To celebrate its 75th-anniversary season and its place in dance history, City Center invited eight companies—American Ballet Theatre, The Joffrey Ballet, Mariinsky Ballet, Miami City Ballet, NYCB, Paris Opéra Ballet, The Royal Ballet and San Francisco Ballet—to showcase 13 Balanchine ballets over six programs. Each troupe prepared one to two ballets for the festival, ranging from modernist (The Four Temperaments, Agon) to classical (Divertimento No. 15, Symphony in C) to sweepingly lyrical (Serenade).

The event had New York City audiences buzzing with excitement, but it couldn't compare with the excitement of the dancers themselves. "I have friends here from all over the place, even some who I know only from Instagram," says Mariinsky Ballet principal Xander Parish. "This brings us all together and makes the ballet world even smaller."

Pointe went behind the scenes with the dancers to capture the festival's final preparations. 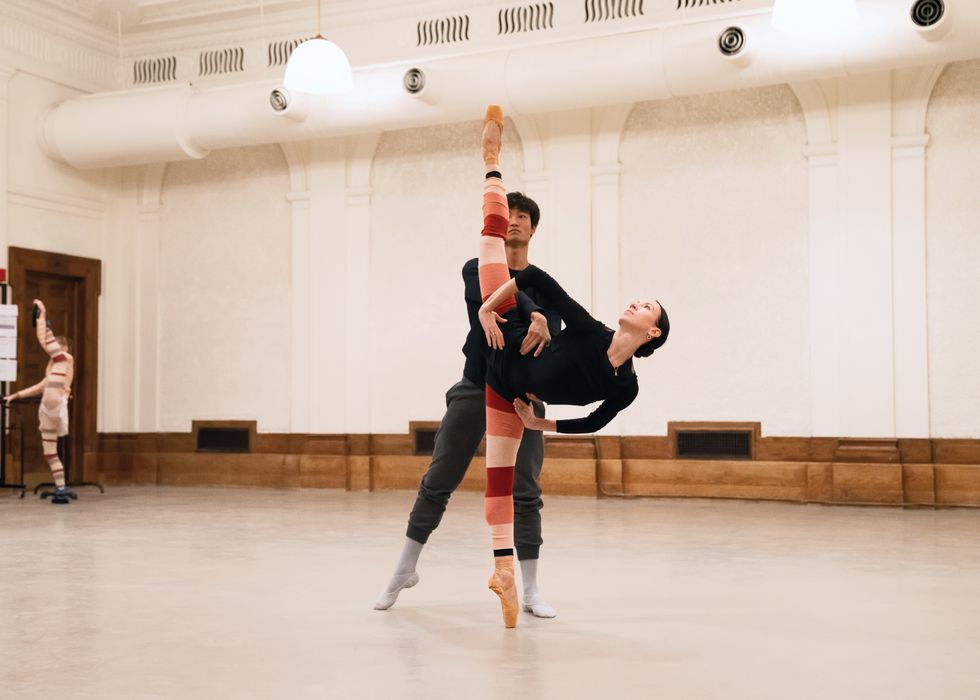