Many workouts, one goal: When Nayara Lopes is asked what she does to cross-train, there's no short answer. Some days she swims laps; other days she takes yoga. And then there are her elliptical sessions, strength-training with light weights and Pilates classes. Why does she work so hard outside of the studio? "Because I want to feel good onstage," she says. "There's nothing better than going out there and having fun and knowing you're gonna get through it." Thanks to her cardio routine, stamina isn't an issue. "When I'm onstage, I feel ready for anything." 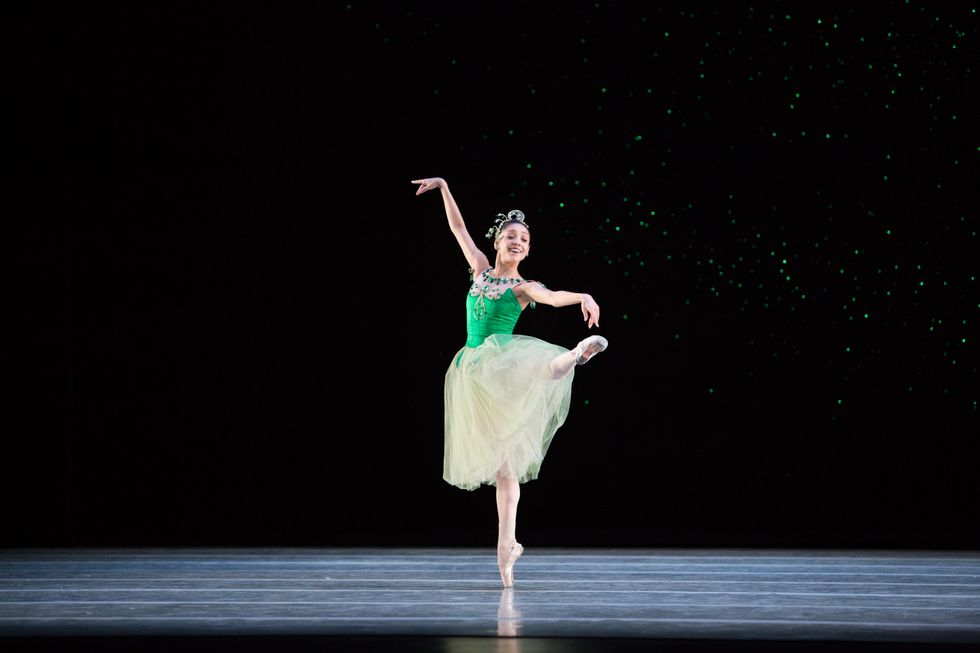 Catching up: Lopes didn't learn to swim until she was 23. "I went to a party and everybody knew how to swim except me." Instead of being deterred, she took two weeks of lessons when she returned to her native Brazil that summer.

Finding balance: Her current aerobic workouts consist of swimming laps or 30 minutes on the elliptical. "I used to spend an hour, but I was always so tired," she says. She developed a stress reaction in her left foot during a period of heavy corps work mixed with too much time on the elliptical. Scaling back and swapping in some swimming has reduced the impact on her joints, helping to keep her foot injury at bay. 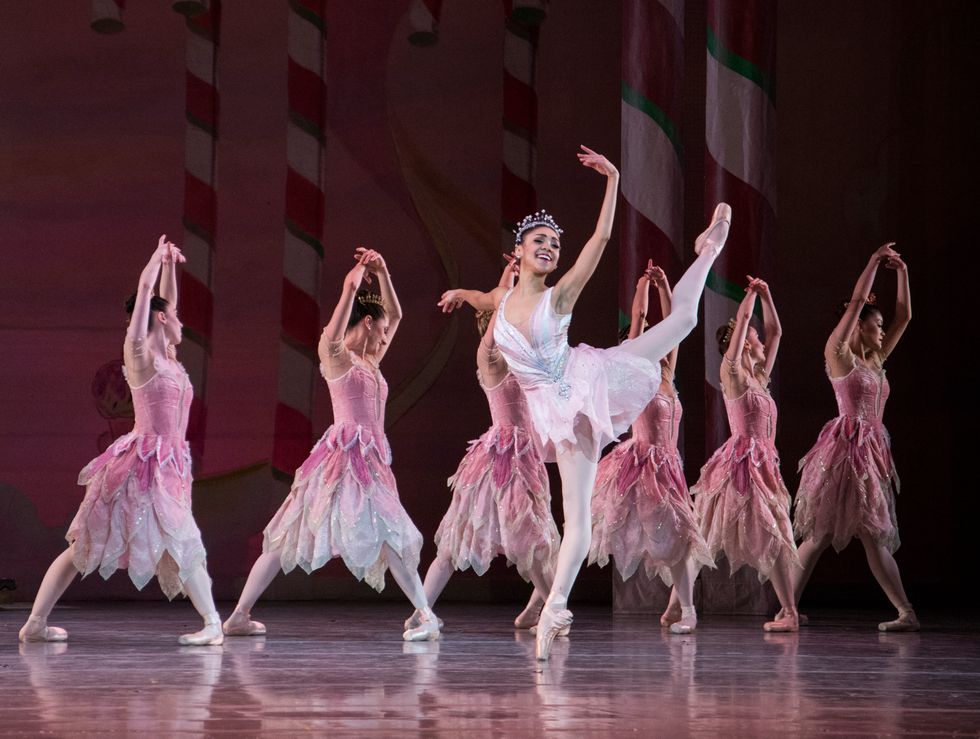 Lopez as Dewdrop in The Nutcracker

Abs anywhere: "I do planks. A lot of them," says Lopes. "Before rehearsal, before starting class—I'm always doing two minutes." When her rehearsal schedule allows, she also joins students at The School of Pennsylvania Ballet for their weekly Pilates mat class.

Going from 60 to 0: "I like to go full-on in everything I do," says Lopes, so that means a day off truly is a day off. "I literally just stay home on the couch and try not to do anything." Sometimes that means turning down plans with friends, but she says it's especially important to recharge during lengthy performance runs. 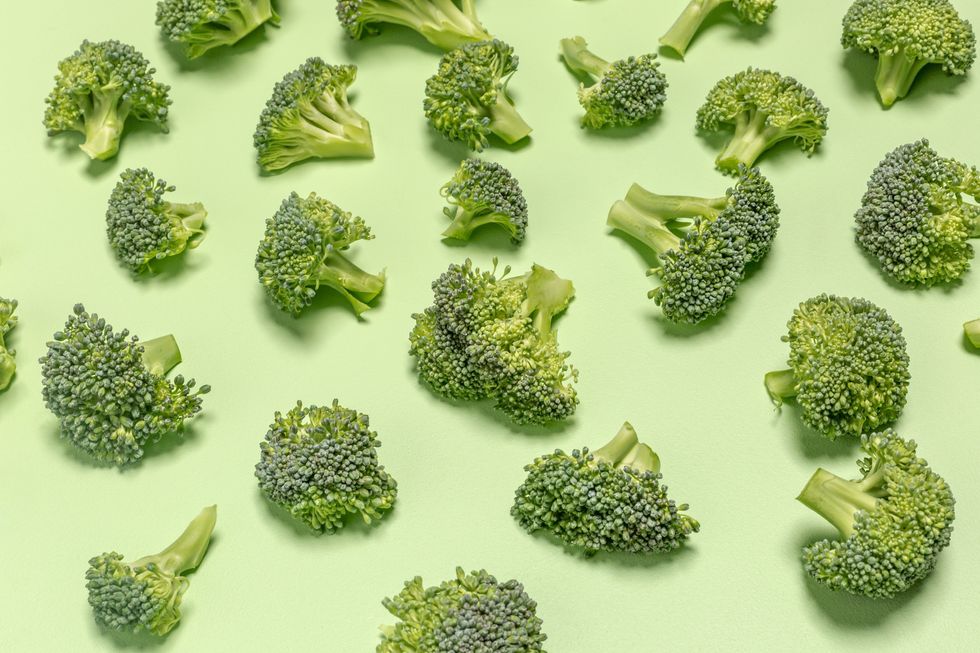 Snacks on Snacks on Snacks... "That's the secret: I'm always eating," says Lopes. "People say that I'm the strongest vegetarian that they know." She packs her diet with protein-rich snacks, like hard-boiled eggs, hummus and peanut butter, and favorite veggies, like broccoli, spinach and eggplant.

...And Carbs! "I don't prevent myself from eating anything," says the self-professed pizza and pasta lover. "I need the energy—I don't just want to be teeny and fit and not be able to jump. I want to be a powerhouse, as well."