What does a psychiatrist's daughter bring to lighting a stage production?

I was brought up to look at all sides of things and to delve deeply into their emotional and psychological meanings. Nothing was black and white! Maybe it explains why I became a lighting designer. Aside from the art and craft of my work, I have to look at the whole picture: scenery, costumes, music; I have to talk to the artistic director, dancers, to fully explore the story. I have to give my father, Dr. Joel Katz, credit for raising me to be someone who takes the world into consideration when I design lighting.

How did you get into lighting design?

It's a college major these days, and so people dream about it as an ambition. I came across it accidentally, at Oberlin College, where I did everything in the theater, and got my first lighting internship. That's true for most lighting designers of my generation, Beverly Amos, for example. Jennifer Tipton started as a stage manager. 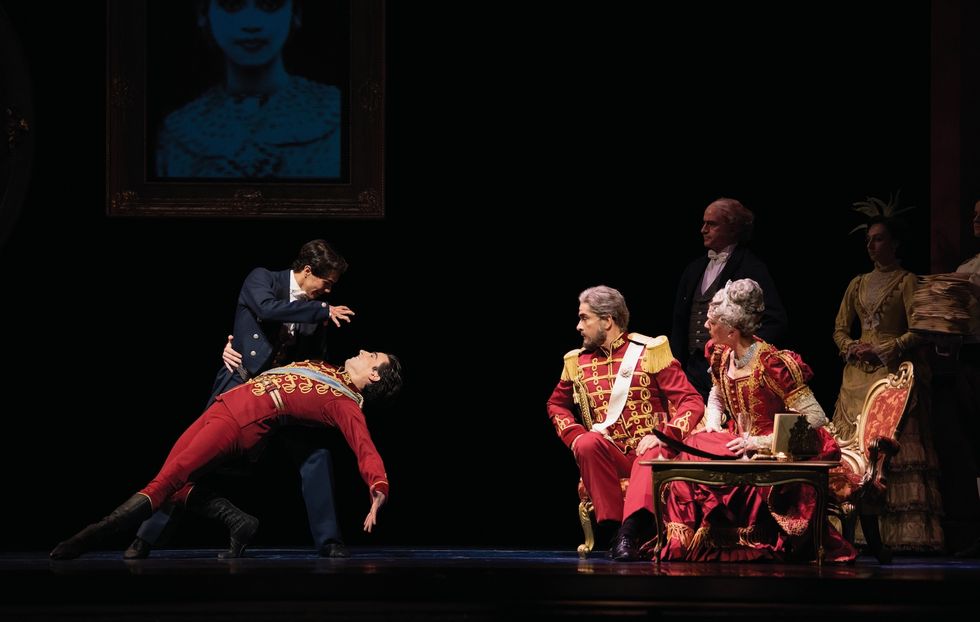 Joseph Walsh, as the Prince, with Esteban Hernandez and members of San Francisco Ballet in Christopher Wheeldon's Cinderella

Do you consider lighting design an art or a craft, and if both, where does one bleed over into the other?

We consider ourselves designers and artists. The craft is what we use to implement the art. It's like a painter's paintbrush or sculptor's tools. We're often called "technicians," though that's not how we think of ourselves, partly because you can't really put your finger on the lighting when you watch a show. It lives in realm of the subconscious. Do you even notice lighting? For lighting to be good, it shouldn't be noticed. That's where the subconscious lives: in the unnoticed world.

Christopher Wheeldon's Cinderella was a co-production of SFB and Dutch National Ballet. What must you take into consideration for a co-production, different from one that is underwritten by a single company?

A co-production has the potential to be complicated. Cinderella was an unusually complicated lighting experience. We began working on it in Amsterdam, where a lot of things are different. They speak a different language, so you need a translator. All the equipment and how we control it via computer is completely different than anything in the U.S. Then there are cultural differences. For example, they take breaks a lot more often, so if you have four hours budgeted, a big part of that consists of breaks. The next step is translating the ballet's libretto into a repertoire lighting plot. 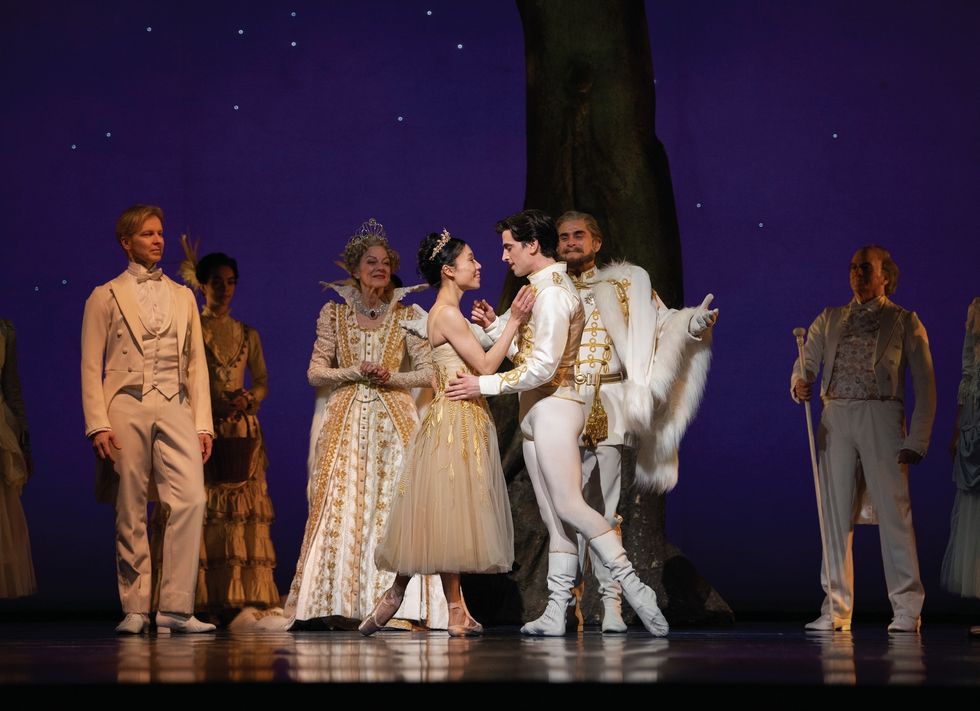 What is a "repertoire lighting plot"?

With major ballet company productions around world, it's typical to see three ballet works in one night, or see three on one night and a different three on alternate nights, or one program at a matinee and a different one in the evening. The stage crew loads in shows, and the technicians have to hang all the lights in one setup for all the productions and then switch from one to the other from that single setup, because you can't rehang lights between pieces or even programs. Over the years, something called a repertoire lighting plot has come into being. It's like a libretto for lighting that allows you to quickly switch for each work. You'll see one dancer with a single "down" light from above on her that's been built into a repertory lighting scheme. There are instances where the dancer is placed at quarter line and center line only because the lights can't change from piece to piece. These constraints are sometimes the very thing that make a work so good, and though the audience can't see the motive, choreographers know house limitations, and stage accordingly.


Are cues identical for each cast?

If there's a principal who, because of skin color for instance, looks different than what you've planned for, yes, the lighting has to be changed. That's a technical issue, resolved to get to the intended idea. It's up to the resident lighting designer to make the call. For example, I can't make that choice in San Francisco because I'm not there, and just like a ballet master "takes care" of a given piece in the absence of the choreographer or stager, the resident lighting designer does the same for lighting it. 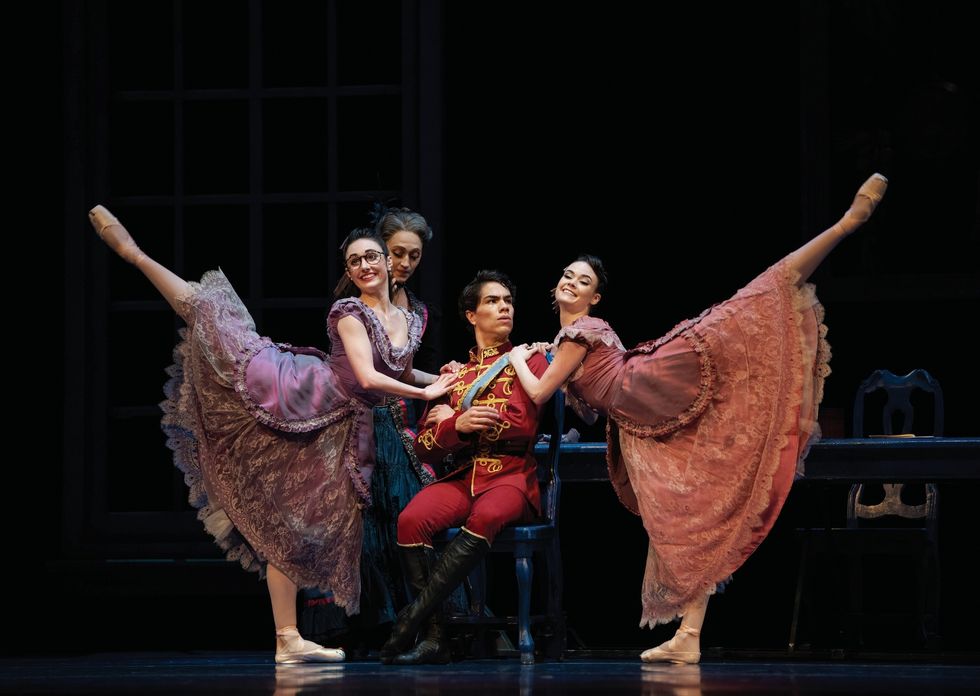 What is the collaboration process like with the choreographer, set and costume designer and artistic directors, especially for a co-production?

Cinderella, from a collaboration point of view, was last done in San Francisco in 2013, and in Amsterdam 2012. Christopher Wheeldon has the most amazingly precise, insightful vision of what the piece is. Before the costume and set designer comes on board, Chris has worked on the libretto with long-time collaborator, Craig Lucas. Then, Chris, as creator, meets with set and costume designer Julian Crouch, whose ideas are themselves so unusual. I come into the picture next, and because setups might be different from one theater to another, I have to think about one lighting scheme in Amsterdam, and one in San Francisco. We generally begin working on the project about two years before it opens.

How do you resolve big differences of opinion or approach?

It doesn't happen, in the sense that we're all working toward the same goal. "I want blue." "No, because you used red in the last scene." You talk it out. Decisions are, as a rule, collaborative and consensus driven. I can't think of a single time where it hasn't been. 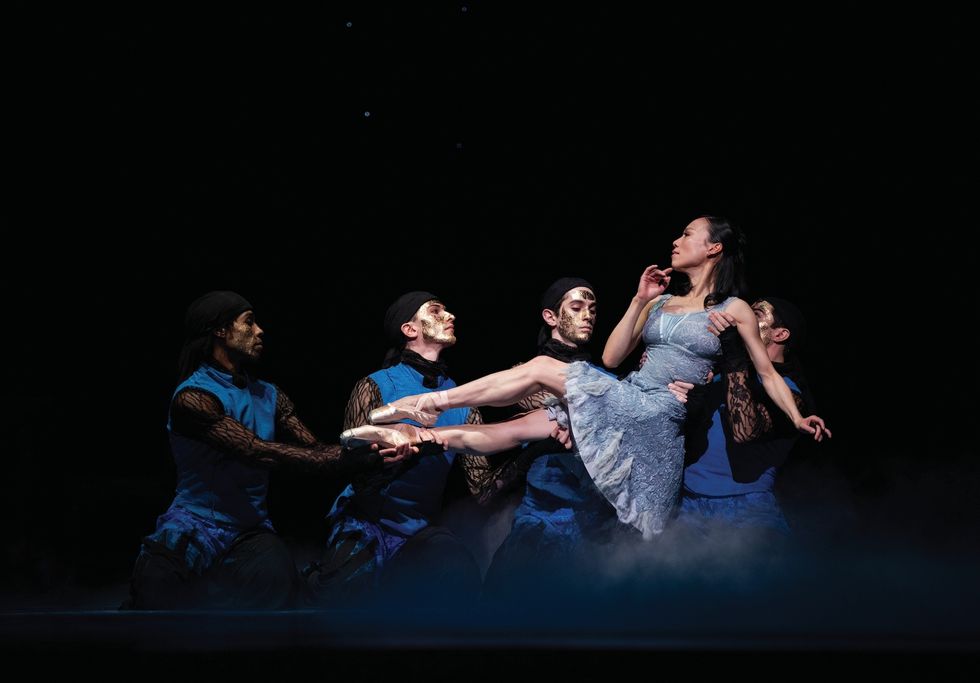 How much of your professional life are family and friends in touch with?

They're very much in touch with it. What nobody but my kids understand is the hours that a lighting designer keeps. Five pm, when most people on their way home from work, is the start of the second half of our day. We can be in the theater from 8 am to midnight for weeks.