When David Makhateli was about to graduate from the Royal Ballet School, financial difficulties hindered his ability to travel to auditions. "I thought it would have been so much easier to audition for several companies at once," says Makhateli, who went on to become a Royal Ballet principal. "That would have saved me money on traveling."

That experience would later inspire him and his wife, Daria Makhateli, to co-found the Grand Audition, a multi-company audition held in Barcelona each year that enables dancers and directors from around the world to connect at one destination.

Makhateli isn't the only one offering this kind of opportunity—multi-company auditions have proved popular in recent years. For directors, they provide a way to evaluate dancers they might not otherwise see. For dancers, they expedite the cumbersome, expensive and time-consuming auditions process. But multi-company auditions don't follow one recipe. As these three examples prove, they're varied in their goals, demographics and pricing, so it helps to know what each offers. 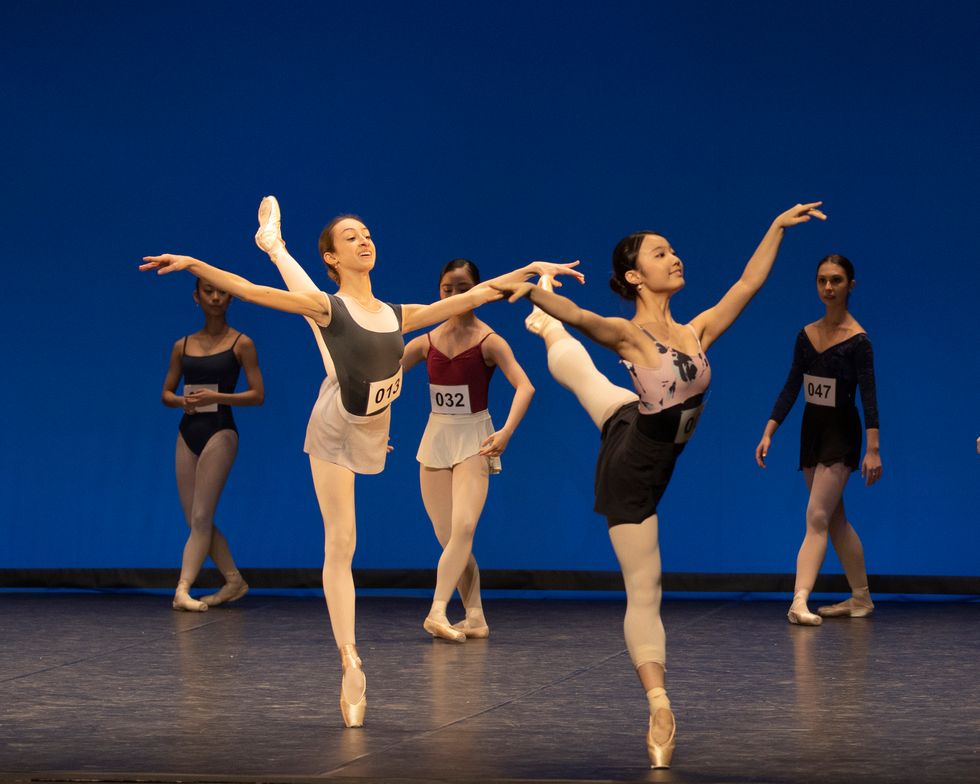 Dancers perform a class combination across the floor for a panel of company directors at the Grand Audition.

Every year since 2016, the Makhatelis have directed the Grand Audition at the Teatre-Auditori de Sant Cugat, in an upscale suburb of Barcelona. A two-day affair, the audition limits each section at the barre to 48 dancers at a time, broken into groups of 12 for center. It culminates with the final group of successful dancers performing solo variations to demonstrate why they should receive contracts. "You have more chances to be seen because the classes are smaller," says 20-year-old Finnish dancer Kira Hilli, who accepted a contract with Dutch National Ballet at the Grand Audition in 2018.

Although the audition fee is pricey at €290 euros (which translates to roughly $323), Australian dancer Gabriel Sinclair Jahnke, who was offered a corps contract with the Royal Swedish Ballet there in 2018, says it's worth it. "It's so much more cost-effective than having the expense of accommodations and traveling to several auditions in different cities," says Jahnke. And it's easier on the schedules of employed professional dancers, who often can't take time off for audition tours. 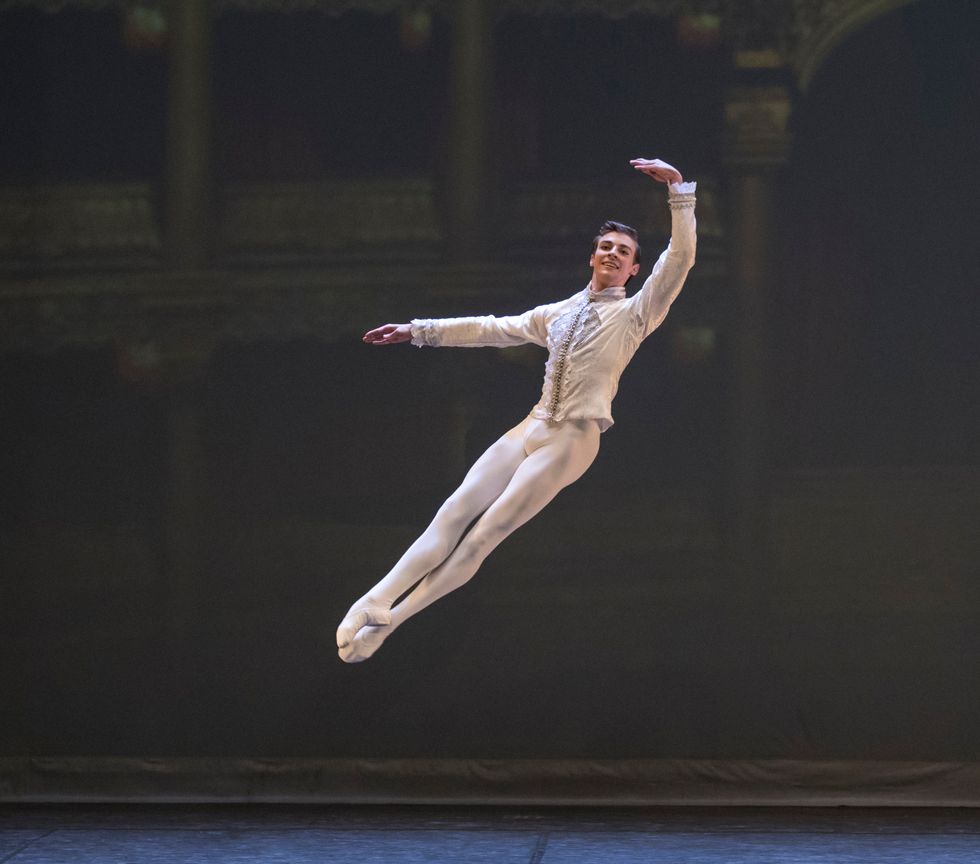 A dancer performs his solo for company directors at the Grand Audition in Barcelona.

This year's Grand Audition will include directors from major companies in Europe, the U.S. and Russia. Makhateli says that dancers from 29 countries attended in 2019, with 17 companies offering contracts. Since its inception, the number of contracts given out has varied from 27 to 44, for positions ranging from trainee to principal dancer.

Twenty-four-year-old Chloë Réveillon, then a dancer with the Paris Opéra Ballet, attended the Grand Audition in 2018. She received eight contract offers, but chose to enter her dream company, the Mariinsky Ballet, as a corps dancer. "The Grand Audition is a unique opportunity to converse on site with people interested in your career and get immediate responses," she says. "It's also an amazing opportunity to present yourself onstage and not in a studio. The artist within you shines differently."

GRAND AUDITION
When: February 4–5
Where: Barcelona, Spain
Application: Submit form with required photos and a video link of variation or specified classroom technique. €45-euro application fee. If accepted, audition fee is 290 euros. Deadline is December 30, 2019.
Age range: 17–26. Those under 18 need a letter from parent or guardian.
Website: grandaudition.net 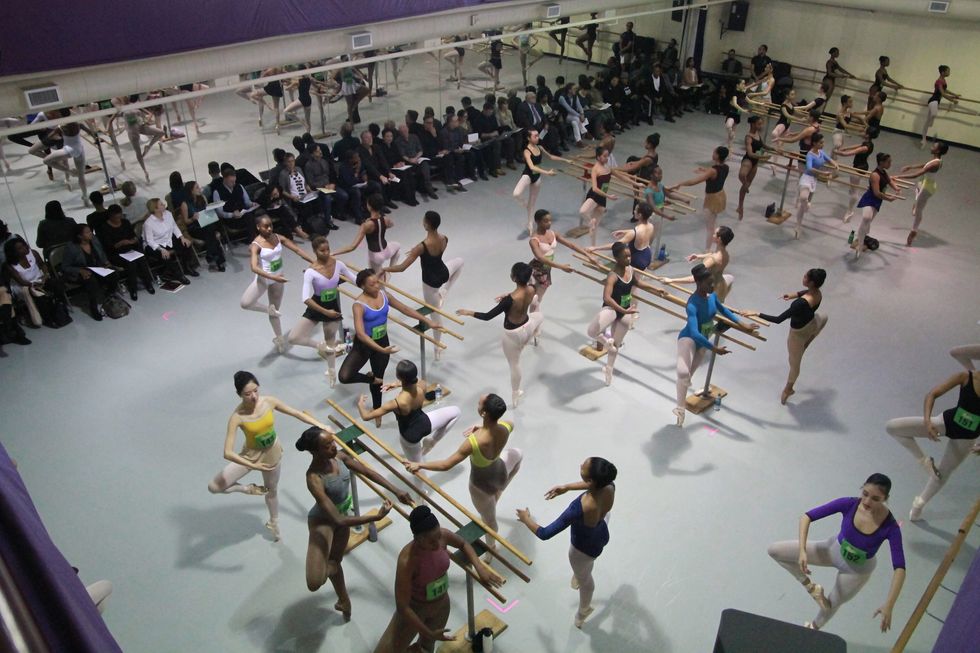 Company and school representatives watch from the front of the studio at the 2017 IABD Audition.

The International Association of Blacks in Dance Audition

In 1996, The International Association of Blacks in Dance established its first multi-company audition to provide more visibility and awareness of dancers of color. While IABD mainly focused on other dance genres, a women's ballet audition was added in 2016, followed by one for men in 2018. Denise Saunders Thompson, IABD's president and CEO, says that separating men and women "was specifically answering a call about ballet companies not being able to find women of color. The men don't quite have the same problems, but, in all fairness, it's still a challenge for people of color, whether men or women, in ballet."

IABD's ballet auditions are held during the four-day International Conference and Festival of Blacks in Dance, which changes cities every year. About 120 dancers ages 15 or older attend the auditions yearly (plus many more in the youth category). The format includes a class with barre work, center combinations, pointework and sometimes partnering or improvisation. At the 2019 audition in Dayton, Ohio, 31 dance organizations attended the ballet auditions, including Pacific Northwest Ballet, San Francisco Ballet and Nashville Ballet. Two women were offered full company positions and many others were awarded traineeships and scholarships. 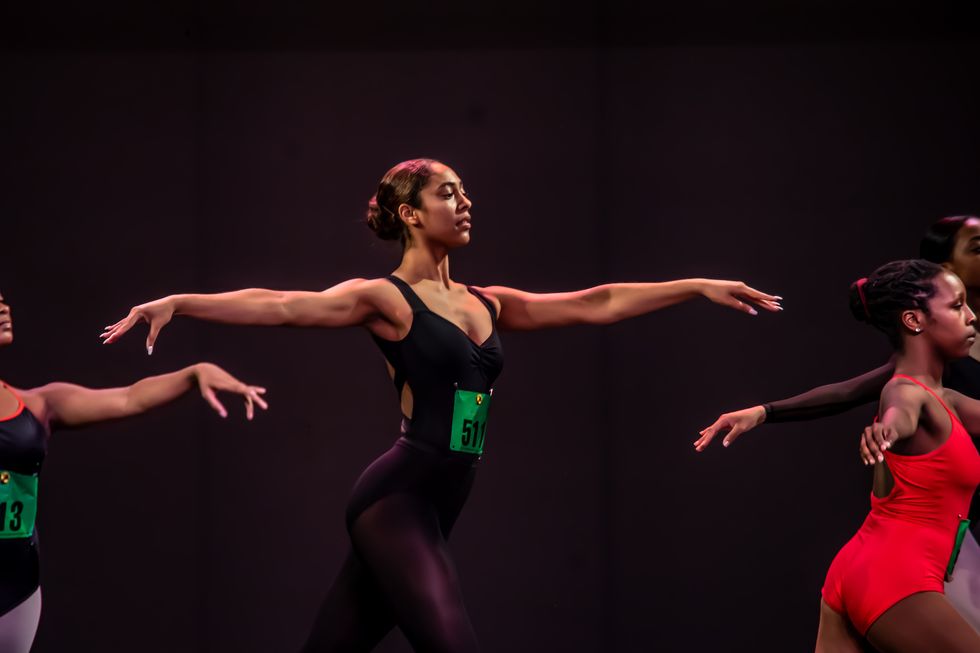 A dancer at the 2019 IABD Audition

Twenty-year-old Danielle Guirma secured her traineeship with Richmond Ballet at IABD's audition last year. She admits that she felt more pressure than usual because there were more scrutinizing eyeballs, but she also liked having a chance to be seen by multiple directors. "I think the advantage of the IABD auditions is that directors go with the intention of looking for diversity," says Guirma. "It's good exposure because people are there to seek you out. I feel that in other auditions it's more like, 'Who can we eliminate?' "

IABD has been criticized by some for reinforcing racial division within the ballet community through an insulated audition. Thompson disagrees: "We don't want to have to do it forever, but it's fulfilling a need right now. Ballet companies are really working to figure out a plan for diversifying their organizations." 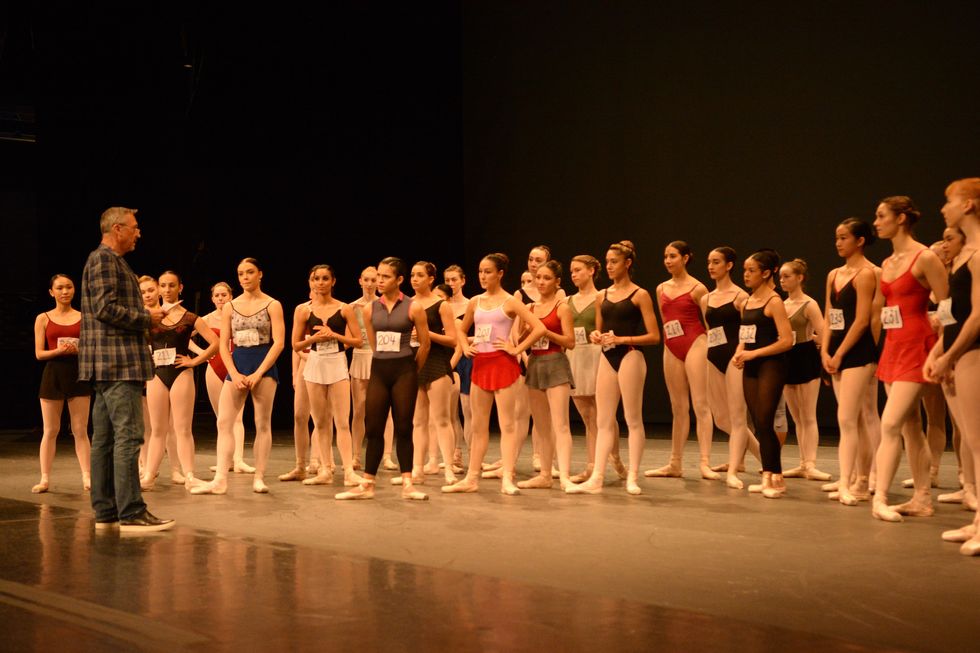 When Vasile Petrutiu founded the World Ballet Competition in Orlando, Florida, in 2007, he noticed that artistic directors attending the event were interested in hiring some of the competitors they saw onstage. "They started offering the contestants jobs, traineeships and apprenticeships," says Petrutiu. So in 2010, WBC added an International Job Fair, a multi-company audition that is open to both competitors and noncompetitors.

The audition is held over one day, and the dancers are initially divided into medium-sized groups for barre and part of the center; then they're whittled to groups of two to six. The company representatives can ask for specific elements, like partnering. Last year Daniela Buson, assistant artistic director of Tulsa Ballet, asked the dancers to demonstrate some of William Forsythe's choreography. 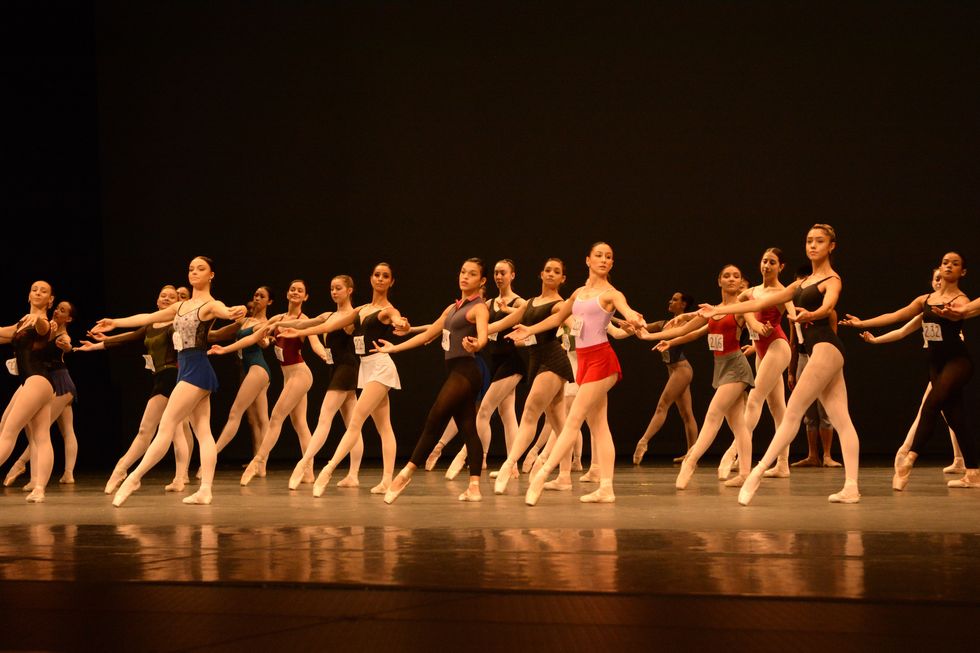 Dancers perform a center combination for over 15 company directors. Class is also livestreamed for those directors who can't attend in person.

In 2019, over 15 companies, including Atlanta Ballet, Pennsylvania Ballet, Festival Ballet Providence and the International Ballet of Korea, were involved. The event is also livestreamed, allowing directors who can't attend to still observe potential hires.

Petrutiu says that, unlike other ballet competitions, WBC's job fair allows dancers up to age 24 to participate, and it focuses on granting both training scholarships and contracts. (Last year, directors offered 106 scholarships and 10 contracts.) And while the job fair attracts many North American dancers, it also pulls in strong contingents from South America, Europe and Asia.

JoAnna Schmidt, a soloist with Pittsburgh Ballet Theatre, attended the WBC audition in 2010 and received a full scholarship to the PBT School. "I liked that it was a much smaller group than you'll find at open auditions," says Schmidt. "I also liked that it was onstage, which encouraged me to perform instead of dwelling in the mirror. There were plenty of opportunities to showcase ourselves for the representatives, including those watching the livestream."