Pam Tanowitz is on a roll. Though the choreographer long ago made a name for herself in the modern dance world, ballet companies are finally starting to take notice of her work. Earlier this month, Tanowitz created her first of two ballets for New York City Ballet; in June she'll debut her first outdoor site-specific piece, conceived of with NYCB principal Sara Mearns; and tonight marks the premiere of Gustave Le Grey No. 1 at the Kennedy Center's Ballet Across America festival, featuring dancers from Miami City Ballet and Dance Theatre of Harlem.

We caught up with Tanowitz just before she jetted off to London for a tour with her own company, Pam Tanowitz Dance, to hear about her relationship to ballet technique, her upcoming premiere and her advice for young dancers.

Ballet as an Influence

"I was never going to be the dancer/choreographer that started with three-year-old ballet class, so I've always been an outsider to this world," says Tanowitz. "That's actually a big influence on my work." Tanowitz grew up studying modern dance in Westchester County, New York and later earned her degree in dance at Ohio State University, followed by an MFA at Sarah Lawrence College. It was there that she became enamored by Merce Cunningham's technique, which continues to play a big role in her choreographic style. Yet ballet was always present: Not only did Tanowitz take classes, but she immersed herself deeply in dance history. "I watched tons of Balanchine and Robbins and Tharp," she says, adding that her favorite ballet of all time is Jerome Robbins' 1959 Moves. 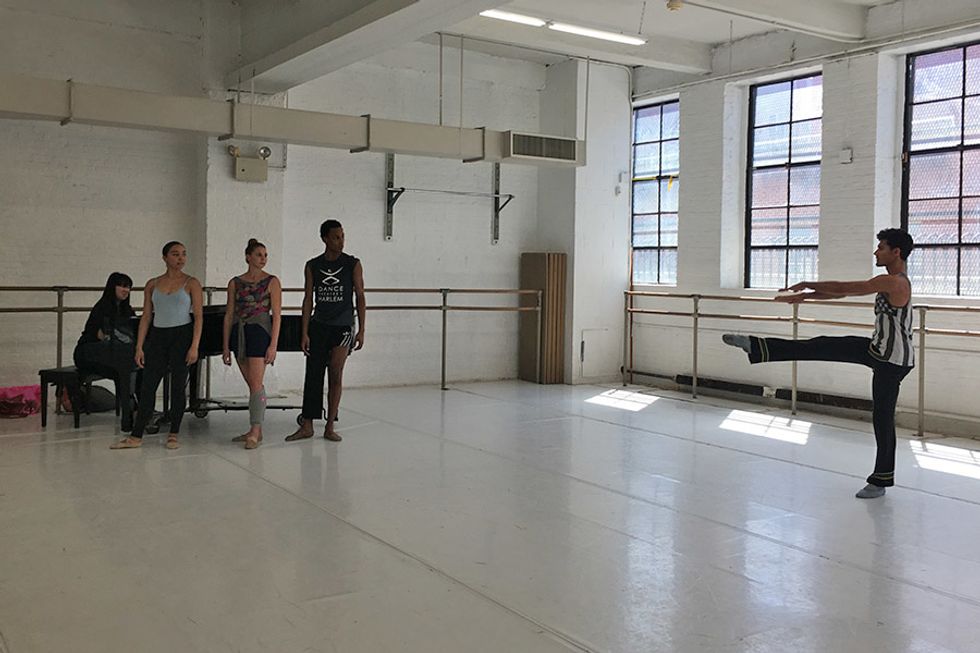 MCB and DTH dancers in rehearsal for Ballet Across America

Tanowitz's deep understanding of ballet technique has given her the freedom to play with its conventions. "I've always been attracted to those ballet steps, and using them as a framework, or form, but then changing stuff within that," she says. Nevertheless, breaking into the ballet world wasn't a clearcut goal of hers. "My goal is to make dances and work, and to be challenged," she says. When asked when she became interested in working with ballet companies, Tanowitz answers, laughing, "When they hired me!"

On Working With Ballet Dancers

Though Bartók Ballet, Tanowtiz's recent premiere for NYCB, was her first time presenting her work on a major ballet stage, it wasn't her first time experimenting with ballet dancers. She worked with former American Ballet Theatre principal Ashley Tuttle in 2011 and 2012, participated in ABT's choreographic workshops in 2015 and 2017, and has choreographed on former MCB principal Patricia Delgado and on ballet dancers for Fall for Dance Festival. 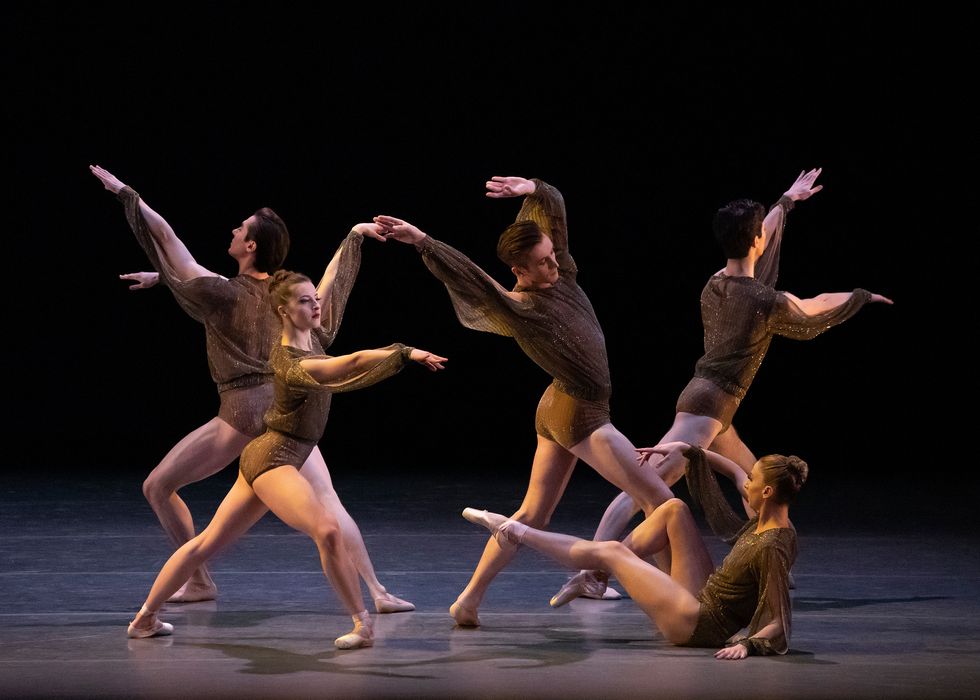 Collaboration plays a huge role in Tanowitz's creative process. "It's not just me coming in and telling them what to do," she says; rather, she relies on the dancers' expertise to figure out variations on placement and steps. "I ask them questions, and take ideas from their bodies and their history," she adds. Tanowitz's choreography is so formal and closely related to ballet, that she believes it's actually harder for ballet dancers to do. "My work feels familiar, but it's not quite the same," she says.

The Logistics of Ballet Across America

This year's Ballet Across America series, which is celebrating women's leadership, has a unique setup. DTH and MCB are each presenting their own programs, but on May 31 they come together for a shared evening featuring highlights from both repertoires. Tanowitz's new ballet brings the troupes together: She worked with two dancers from each company, with periods of rehearsal in both New York and Florida.

Dance Theatre of Harlem on Instagram: “Acclaimed choreographer Pam Tanowitz has created a new work that brings dancers from Miami City Ballet together with our dancers Anthony…”

"It's been hard logistically," she says. "In the studio I like things to be spur of the moment, but for this I had to do a lot of planning because of the time constraints." Nevertheless, when asked to participate she immediately said yes. "There aren't many women like Virginia Johnson and Lourdes Lopez running ballet companies, so I feel honored to be a part of this," she says. "And the dancers are so committed and interested in learning new material, which has been really exciting for me."

Though the dancers are new to Tanowitz, the rest of her collaborators are not: The piece features original music by Caroline Shaw and costumes by Reid Bartelme and Harriet Jung.

A Piece of Advice

Tanowitz's advice for young dancers is simple: "Just focus on the work in the studio and don't get sidetracked with the noise, or with trying to get too much too fast. Just focus on being a good artist." She adds that in the age of Instagram, tuning out distractions is even more crucial. "Just be patient," she says, "and work on your craft."