Misty Copeland just designed her very own collection with Under Armour—and it seems like a natural fit. She's been part of the activewear brand since 2014. On May 2, the American Ballet Theatre principal took a break from rehearsing for the upcoming spring season to officially unveil her Misty Copeland Signature Collection in New York City. 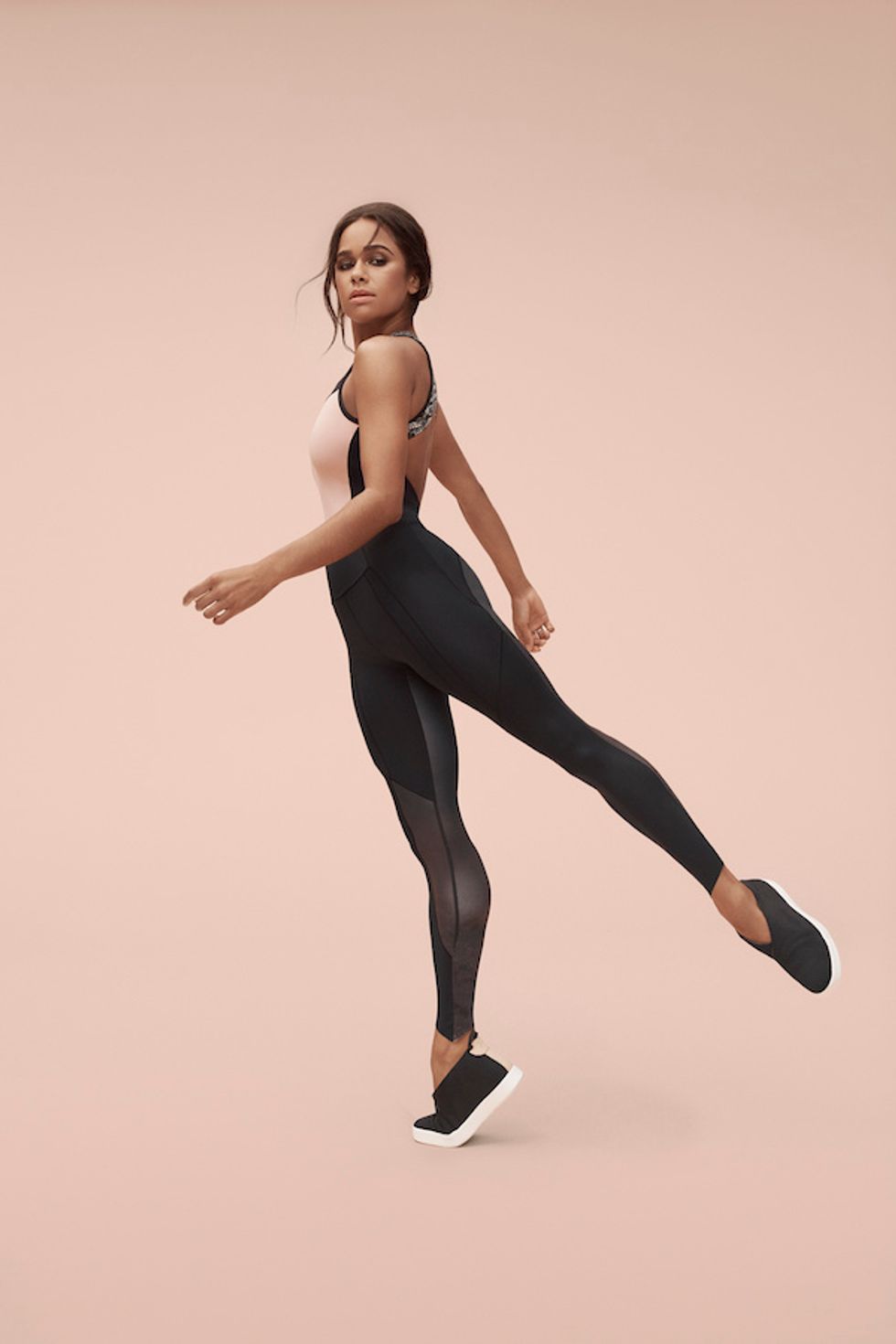 Copeland in her US Misty Copeland Signature Bodysuit. Photo Courtesy of Under Armour

"As a child, I didn't grow up having access to expensive clothing, but I wanted things to be tailored and to fit me," Copeland says on her early interest in fashion. "I started sewing—no one really taught me." Living in NYC further inspired Copeland's sartorial taste, experimenting with trends until she settled on her signature style. "I've gotten to a place where I want to have basics that fit me really well, and then go here and there with trends, adding touches of funk with print." 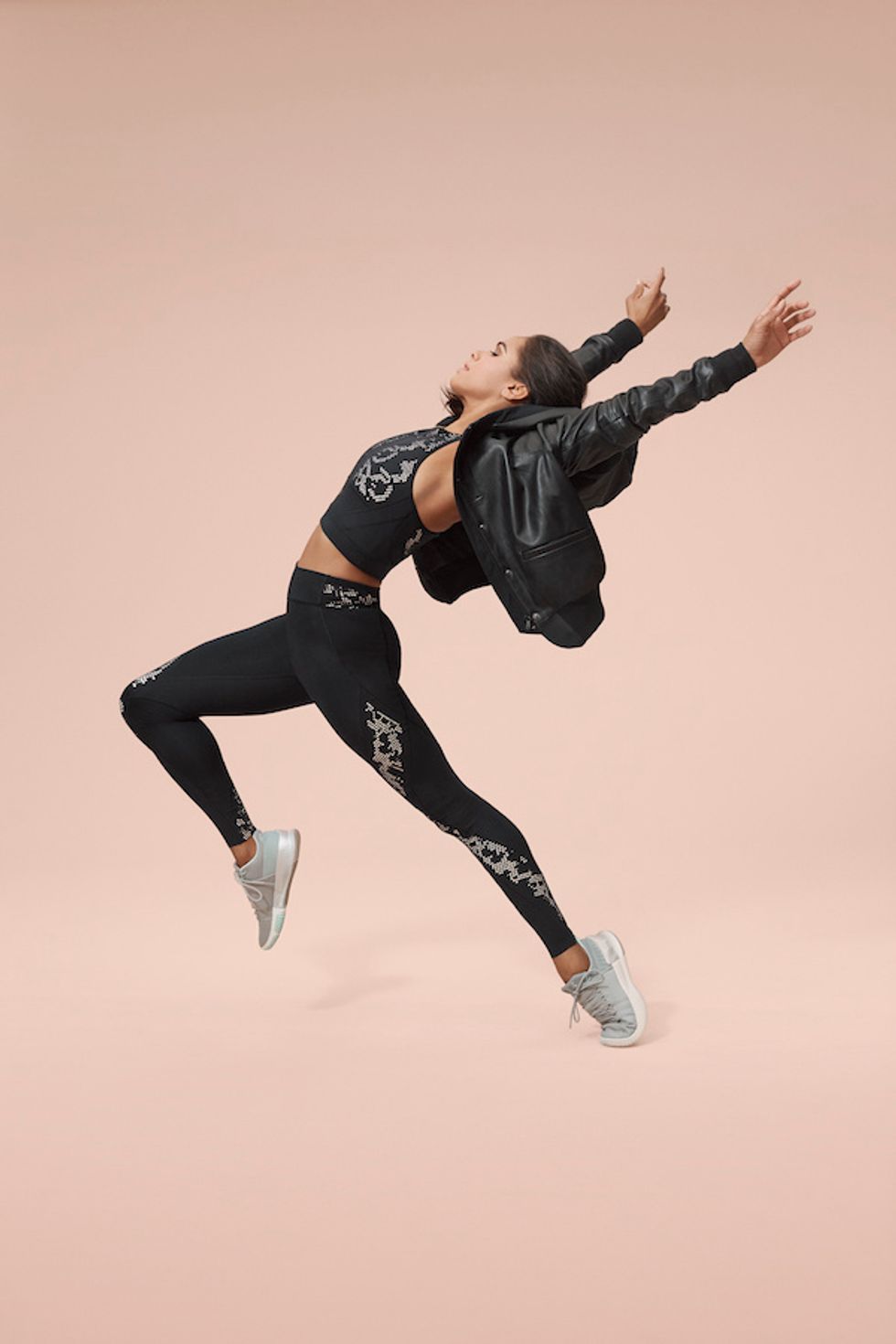 Copeland's nine-piece debut collection mirrors that idea perfectly, featuring fitted styles like a belted trench coat and cinched-waist dress as well as trendier elements like the perforated lace detailing on her collection's crop top and leggings. Available from Under Armour now, every piece from Copeland's line was designed to be able to effortlessly (and stylishly!) take you from ballet class to lunch with friends. 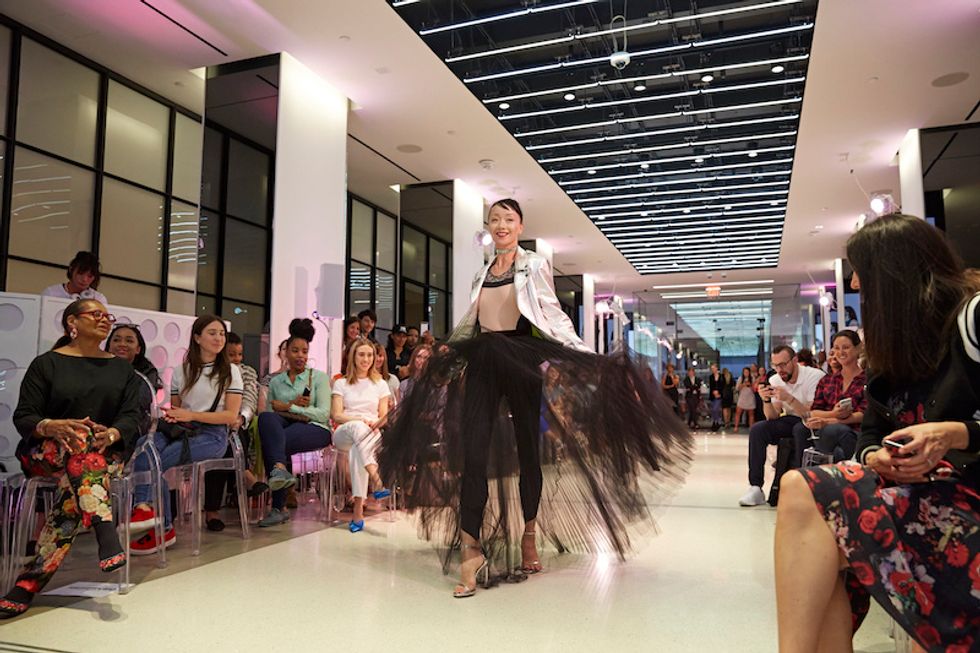 Making the collection even cooler, Copeland called on ABT corps members Isadora Loyola, April Giangeruso, Erica Lall and Zhong-Jing Fang, as well as former ABT dancer Jennifer Whalen, to model the looks. 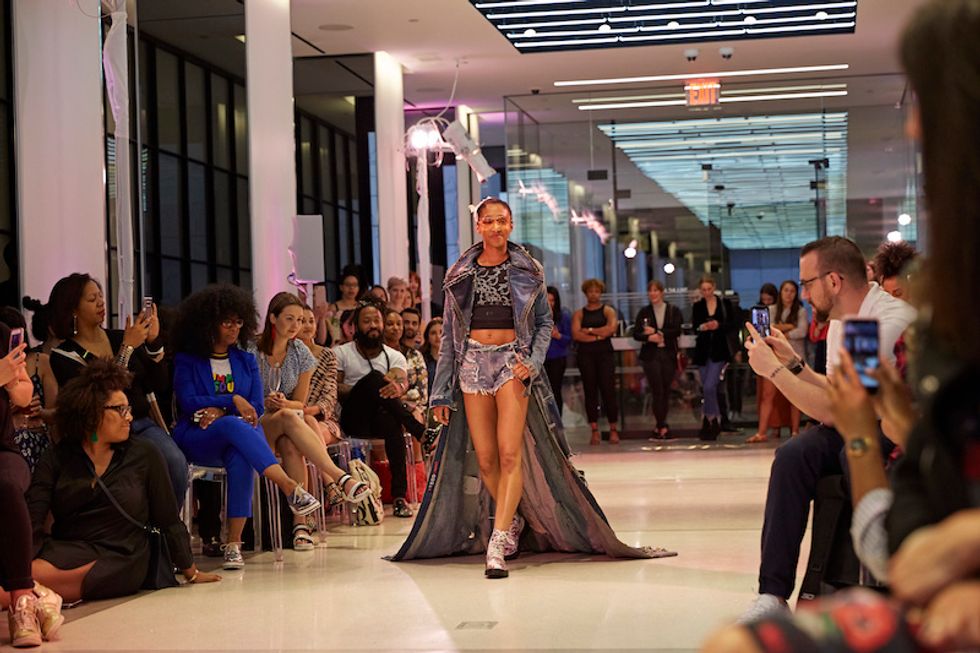 "It's very ballerina, but at the same time, I wanted to have that New York-street feel," Copeland says. "I was really into Self-Portrait and Marissa Webb when we were creating this," she adds of the designer inspiration she looked towards for that balance of feminine and masculine. "Having pieces you can layer and play with is something I think every woman wants," Copeland says of the line's versatility. And we're using that versatility as our official excuse to buy it all.

Related Articles Around the Web
If you like us online, you'll love us in print!
Instagram
Pointe Magazine